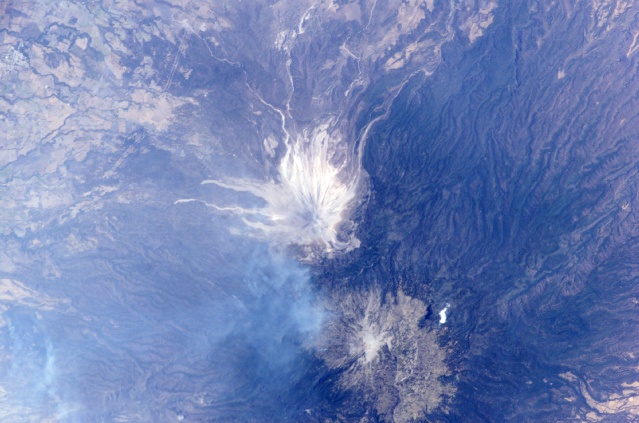 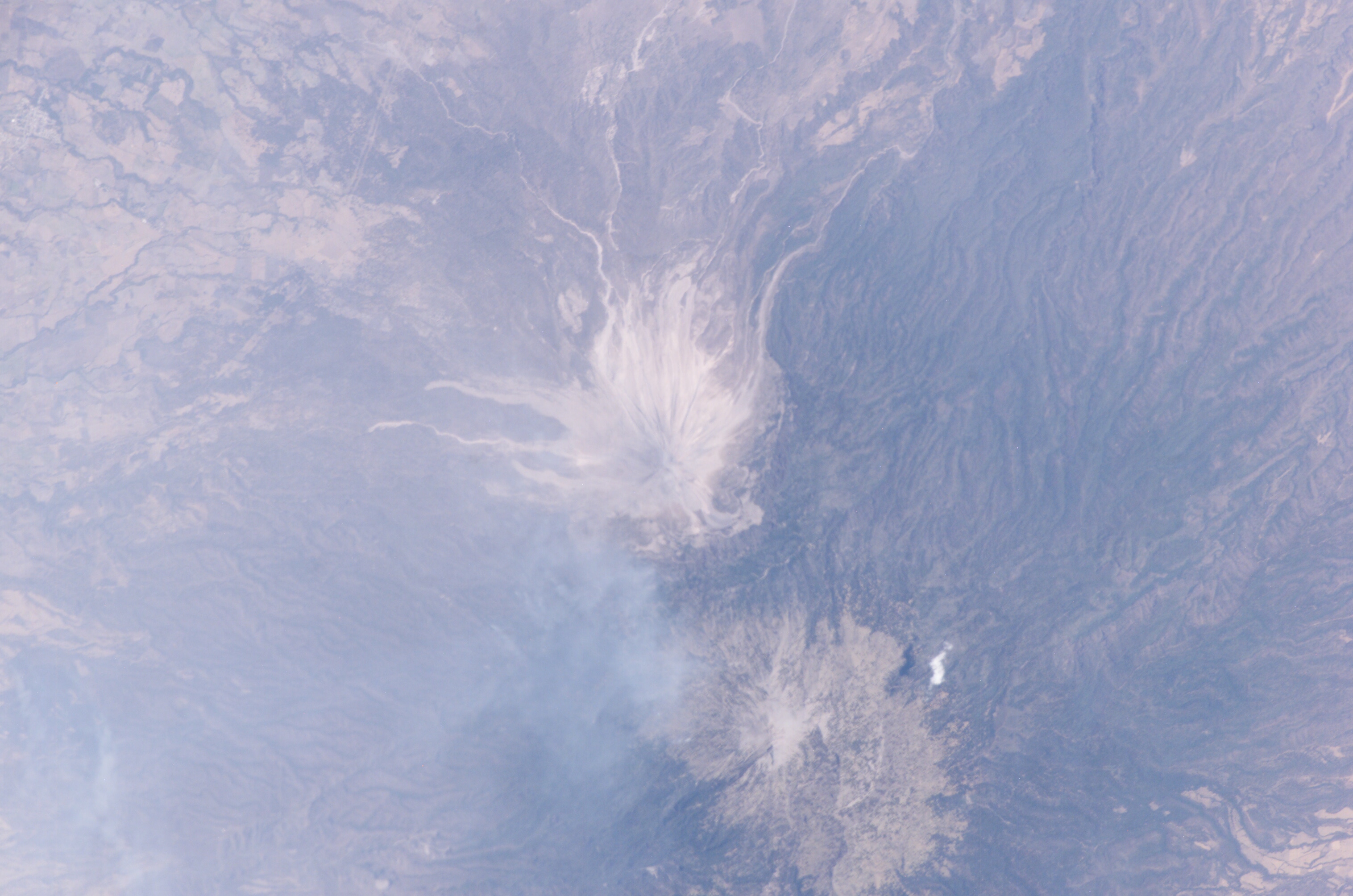 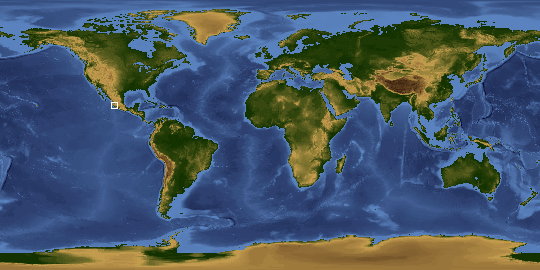 Other options available:
Download Packaged File
Download a Google Earth KML for this Image
View photo footprint information
Image Caption: ISS011-E--8490 (10 June 2005) --- This digital still photograph, taken on June 10 from the Earth-orbiting International Space Station, shows an active Colima, the most prominent volcanic center of the western Mexican Belt. Around 11 p.m. local time, June 6, an explosion from this volcano, for which the summit elevation is approximately 3,850 meters, produced an ash plume to a height of approximately 8.5 kilometers (27,900 feet). The ash plume traveled southwest at a speed of approximately 79 kilometers per hour, and ash fell in and around the cities of Colima, about 30 kilometers away, and Villa de Alvarez. Brief evacuation of some 50 residents in the area was considered a minor undertaking and it was reported some three days after this picture was taken that all were able to return to their homes.