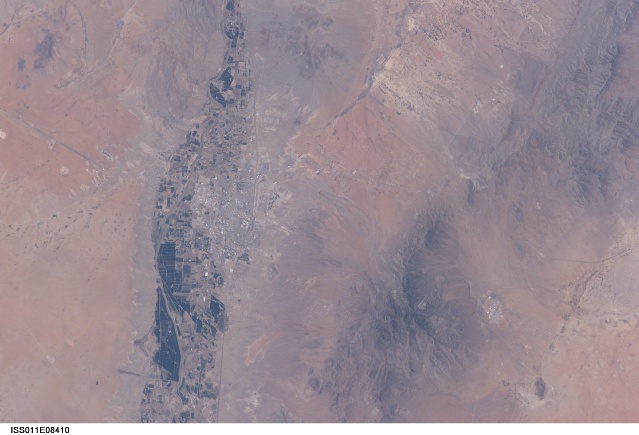 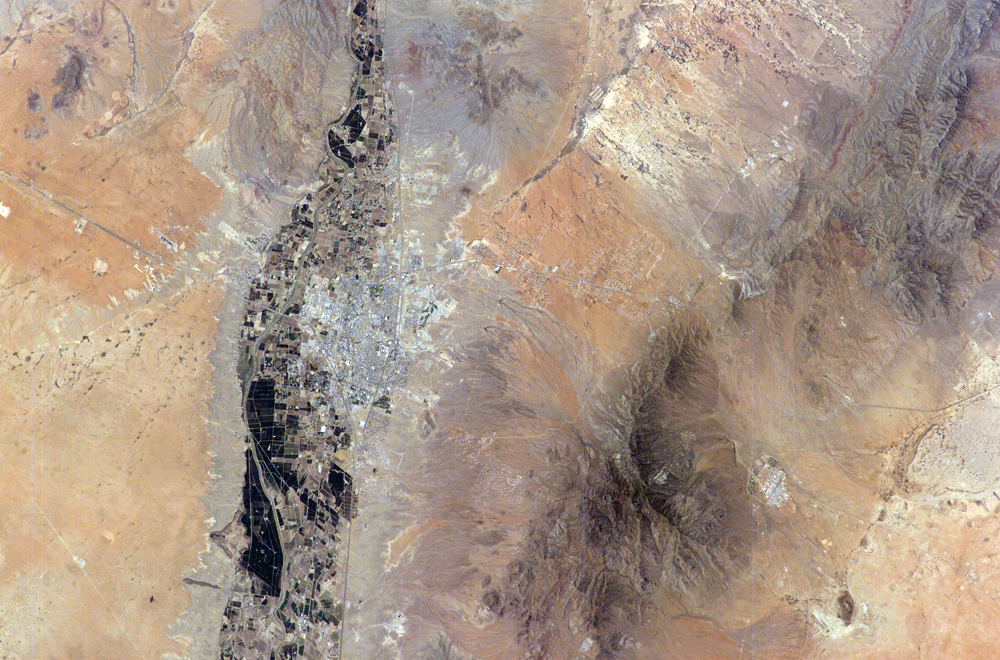 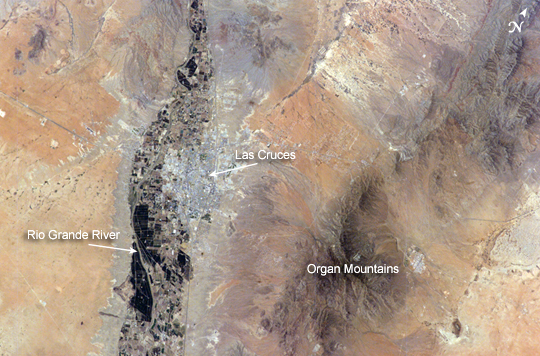 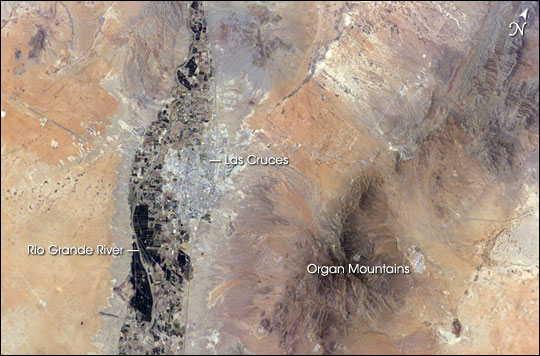 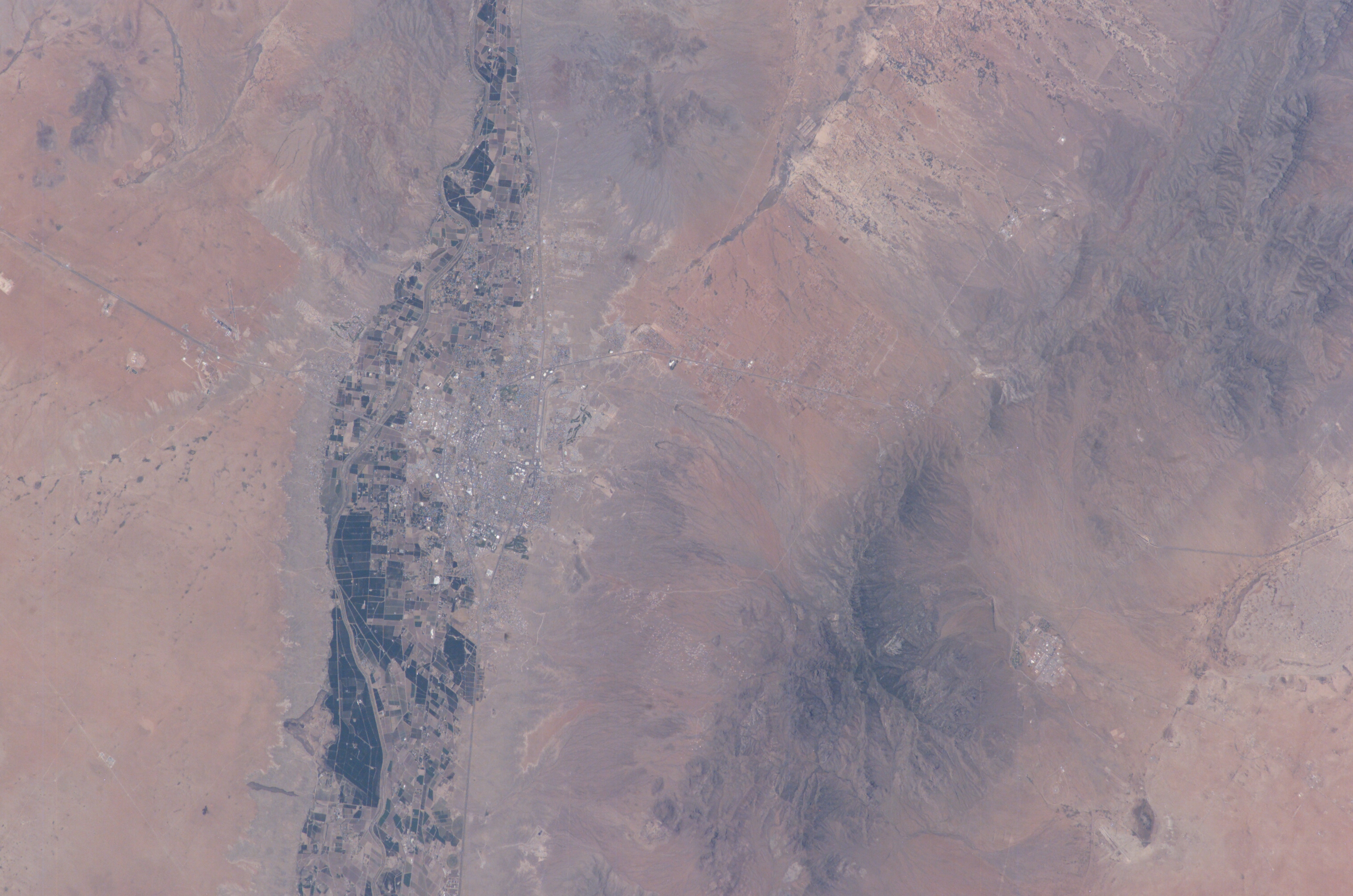 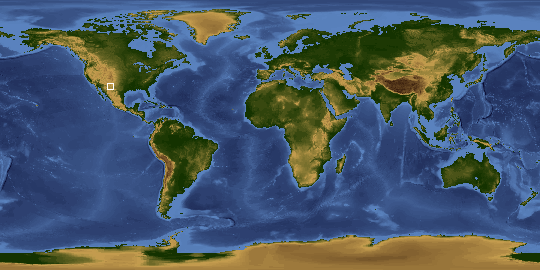 The city of Las Cruces is located within the Rio Grande Rift, a large geological feature that extends from Colorado southwards into Mexico. The Rio Grande Rift is marked by a series of depressions (known as graben) punctuated with uplifted mountains. The grabens form when blocks of the Earth's crust sink as geologic forces pull the crust apart along fault lines. Sinking in one place is often accompanied by uplift along boundaries of the grabens--the striking Organ Mountains to the east of Las Cruces are one such uplifted fault block.

Rifting--pulling apart--usually heralds the breakup of continental landmasses, such as the separation of South America and Africa to form the southern Atlantic Ocean during the Mesozoic Era. While separation of the continental crust is no longer occurring in the Rio Grande Rift, it is still considered active as evidenced by frequent low-intensity earthquakes and hot springs to the north of Las Cruces.

The human history of Las Cruces is no less interesting than its geologic setting. Evidence of human habitation of the area extends back more than 10,000 years. The 16th through 19th centuries saw numerous clashes between native peoples (Pueblo and Apache), Spanish settlers, and later Mexican revolutionaries. One such clash resulted in the original name of the city, La Placita de Las Cruces (Place of the Crosses), where survivors of the encounter erected crosses in honor of their fallen comrades. The location of the crosses became the frontier town site in 1849.

The modern city of Las Cruces-- the seat of Dona Ana County and home to New Mexico State University-- is undergoing rapid urban expansion due to influx of new residents attracted to the climate and landscape. The current urban area (gray to white region at image center) contrasts sharply with agricultural lands (dark green and grey brown) located along the Rio Grande River and the surrounding desert valley floor to the northeast and southwest (brown, blue gray, and tan areas).