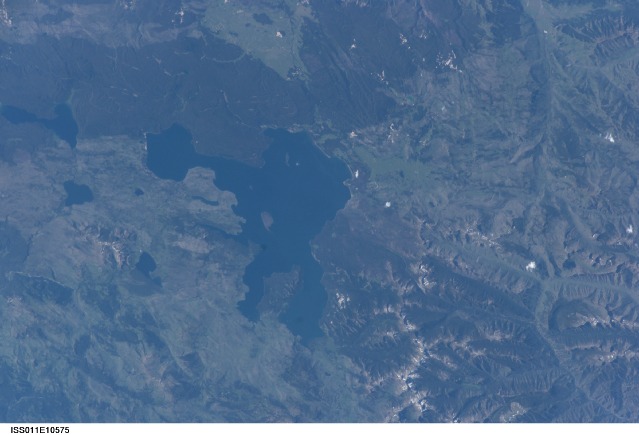 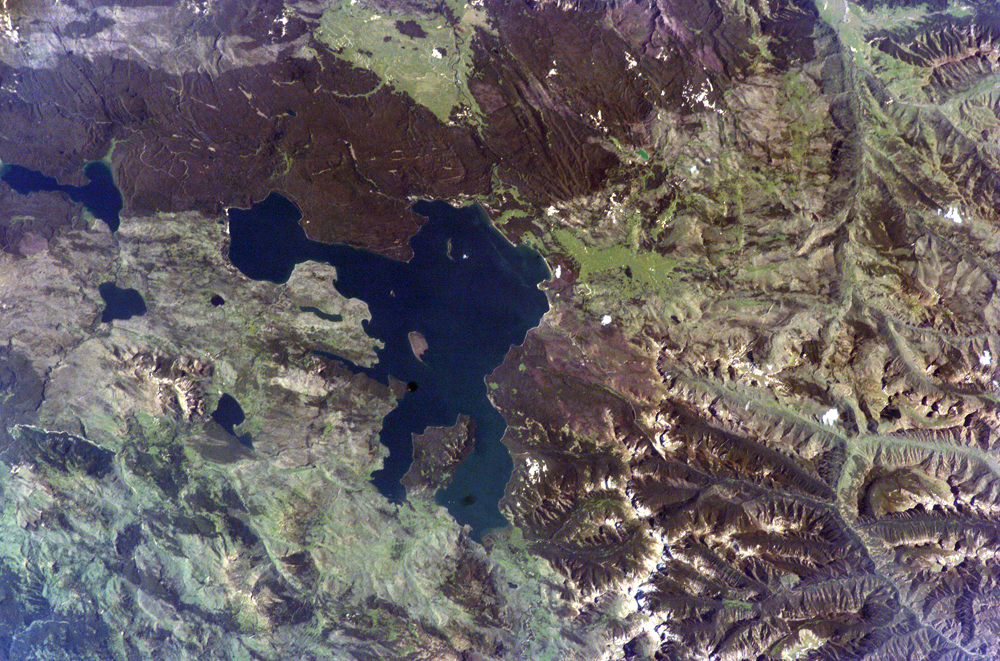 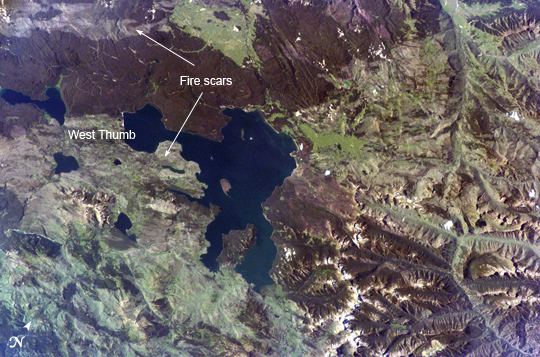 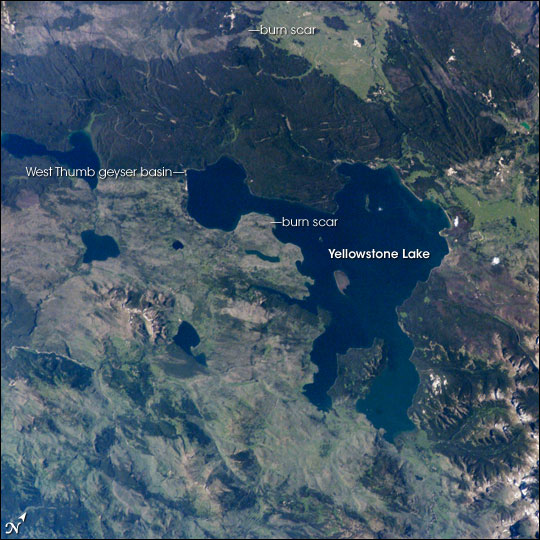 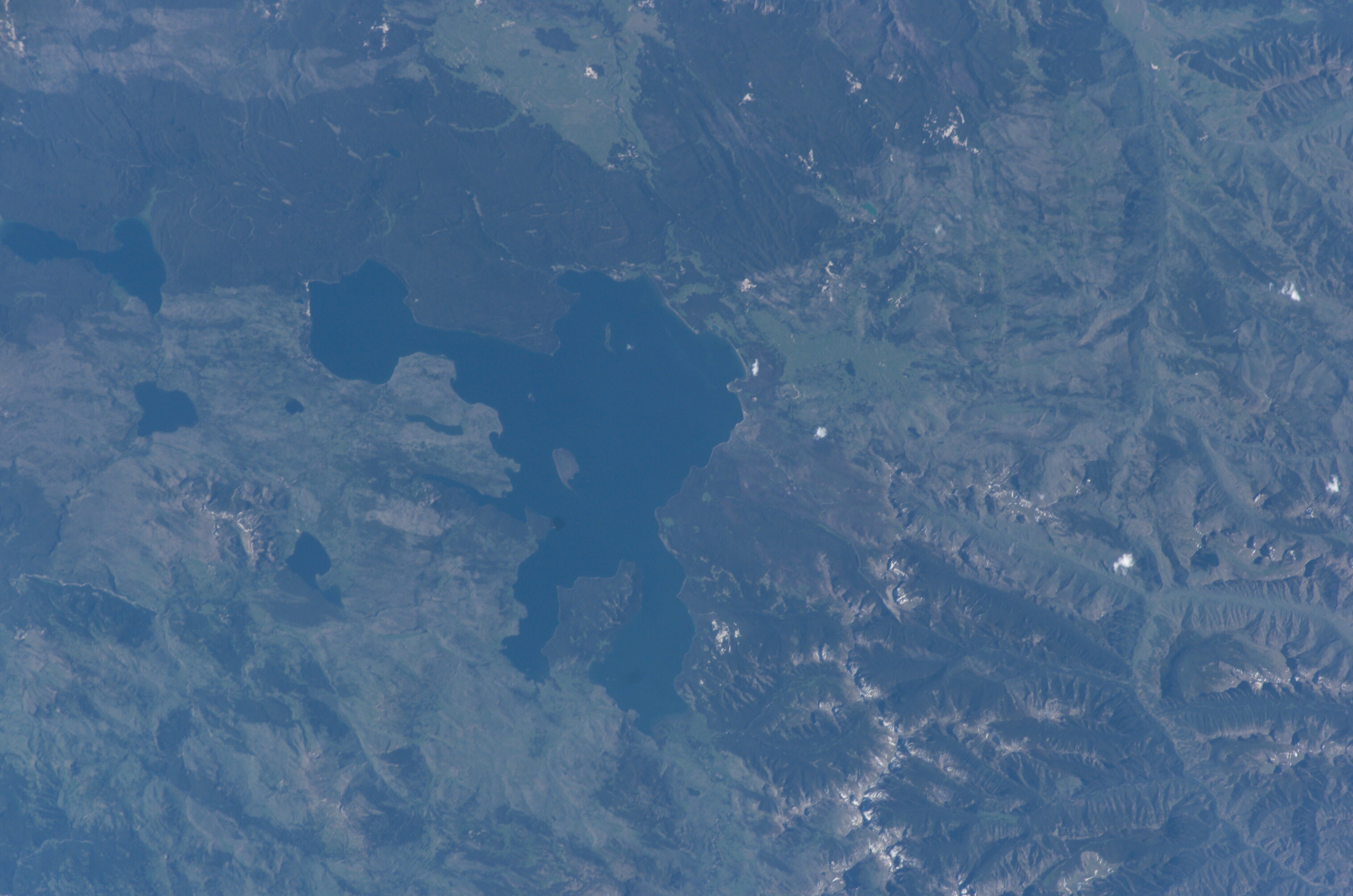 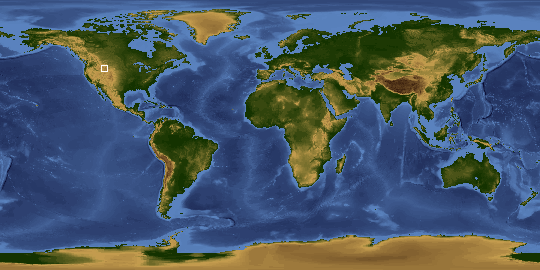 Huge volcanic eruptions that occurred over the past 2 million years formed Yellowstone National Park's striking landscape. Two eruptions from 1.2 million and 600,000 years ago ejected more than 1,000 cubic kilometers (240 cubic miles) of material each, making them among the largest volcanic eruptions known in the Earth's geologic record. At the same time, the emptying of the magma chambers beneath Yellowstone created large surface depressions called calderas. The youngest caldera measures nearly 80 kilometers (50 miles) long by 50 kilometers (31 miles) wide. Thought by most geologists to be the current location of a "hot spot" of upwelling, hot material from Earth's mantle, the continuing activity of the region is demonstrated by its geysers, hot springs, and boiling mud pots.

This astronaut photograph is centered on Yellowstone Lake, a popular camping and fishing location within the National Park. The lake basin includes part of the youngest caldera and has an area of 352 square kilometers (136 square miles). Due to the rise and fall of resurgent domes (the locations of volcanic vents) located nearby, the lake basin is now tilted southwards, causing beaches to grow along the northern shore and flooding to occur in the southern arms of the lake. The West Thumb of Yellowstone Lake was formed by an eruption that occurred approximately 150,000 years ago. The resulting relatively small caldera was subsequently filled with water and joined with the larger lake to the east. Numerous geothermal features such as geysers and hot springs are located in the West Thumb area-- this is thought to be due to a relatively shallow, local magma source.

A more recent change to Yellowstone's geography is the area covered by large fire scars-- cleared areas burned during the vast 1988 forest fires. The scars are still highly visible 17 years later because the light-colored cleared regions contrast with the surrounding forest.