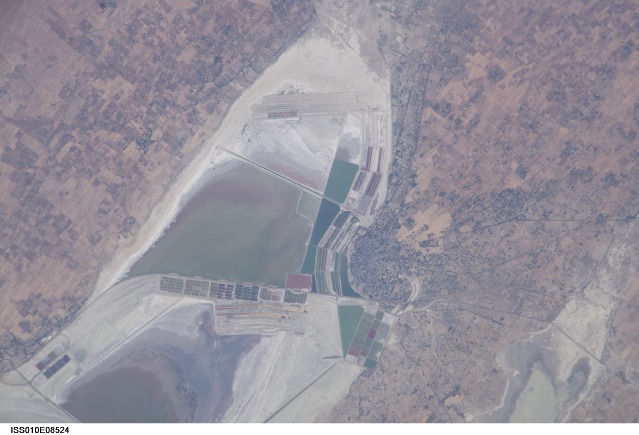 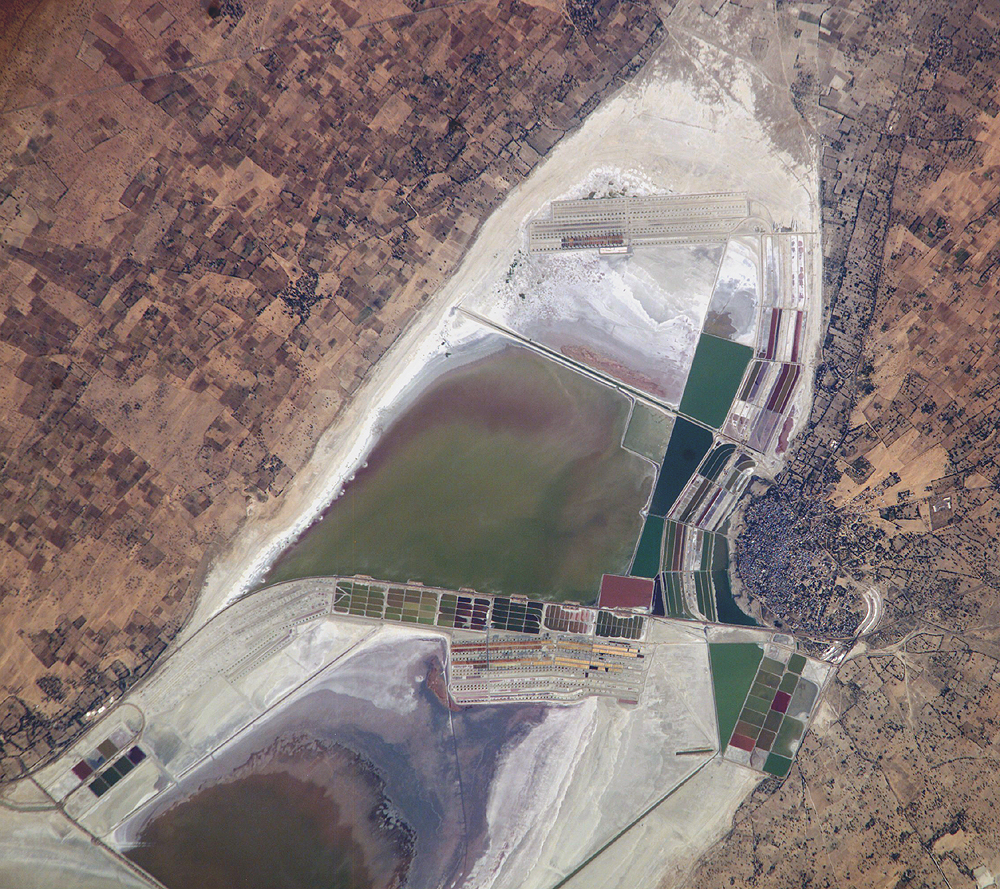 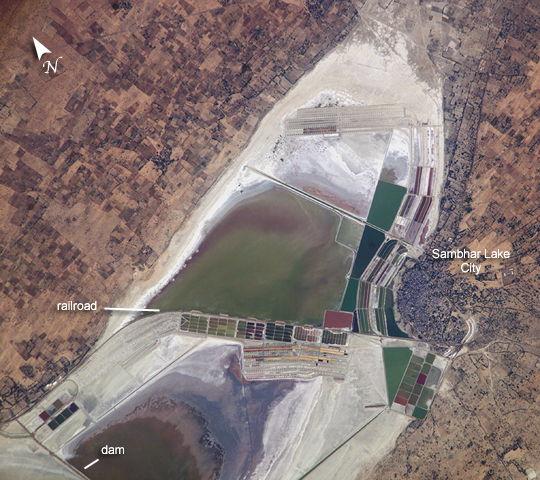 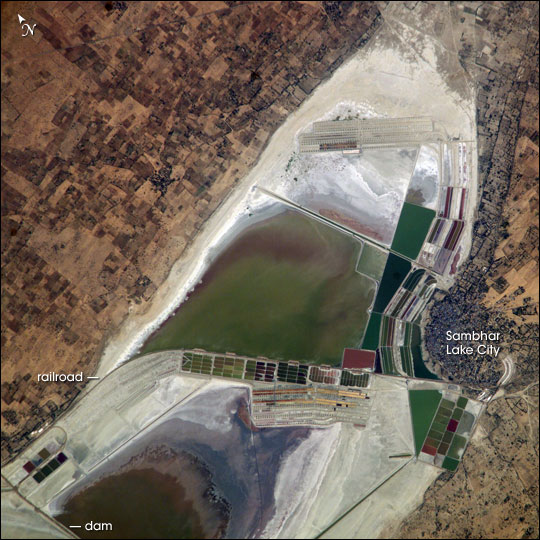 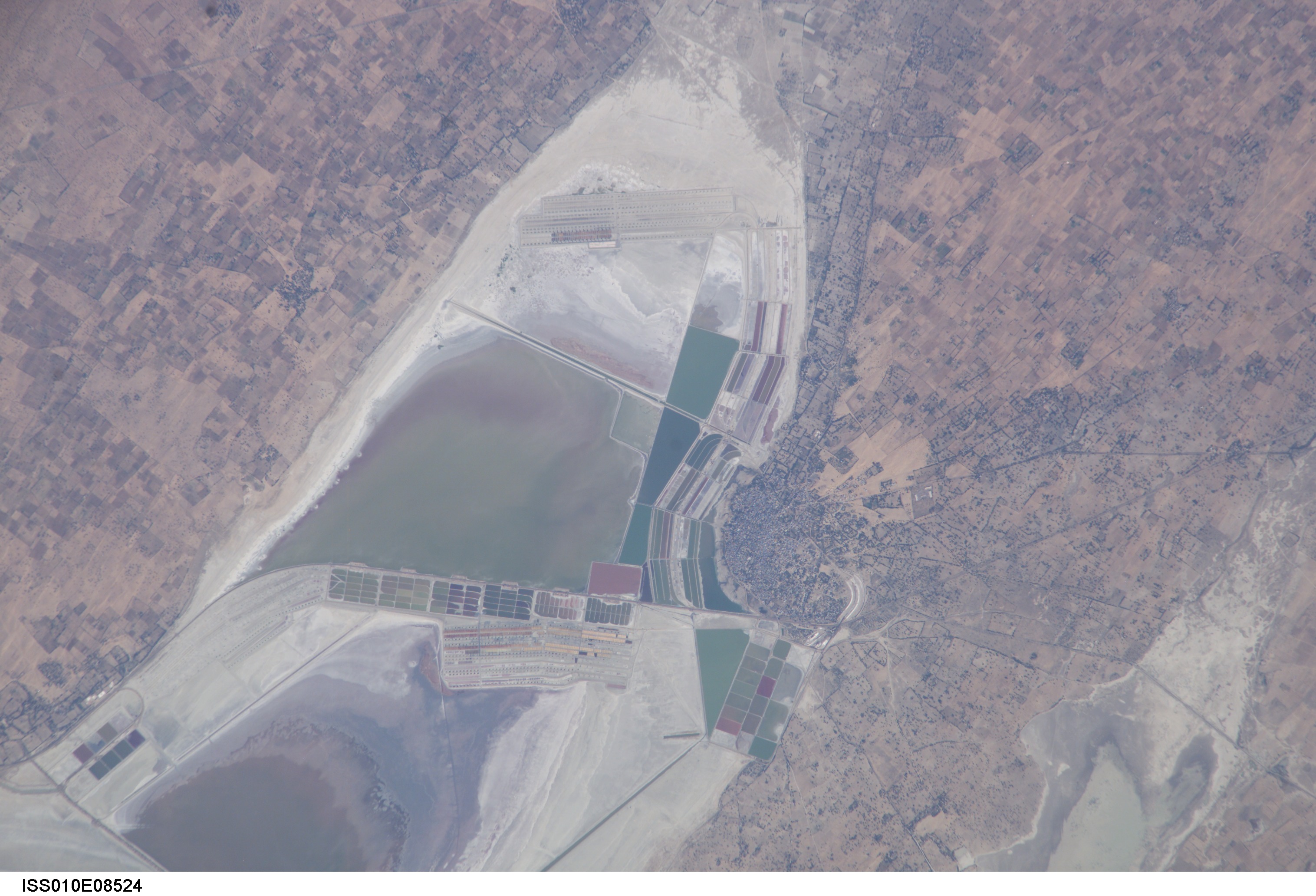 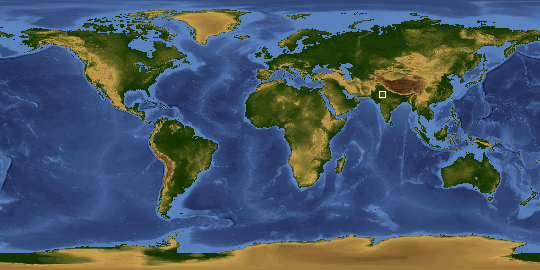 Lake Sambhar, India's largest salt lake, sits west of the Indian city of Jaipur (Rajasthan, NW India). On the eastern end, the lake is divided by a 5-km long dam made of stone. East of the dam are salt evaporation ponds where salt has been farmed for a thousand years.

This image, taken by astronauts aboard the International Space Station, shows Lake Sambhar's eastern saltworks in detail. Today, they are operated by a joint venture between Hindustan Salts and the Government of Rajasthan. East of the dam is a railroad, built by the British (before India's independence) that provides access from Sambhar Lake City to the salt works.

More importantly, Sambhar has been designated as a Ramsar site (recognized wetland of international importance) because the wetland is a key wintering area for tens of thousands of flamingos and other birds that migrate from northern Asia. The lake is actually an extensive saline wetland, with water depths fluctuating from just a few centimeters (1 inch) during the dry season to about 3 meters (10 feet) after monsoon season. The specialized algae and bacteria growing in the lake provide striking water colors and support the lake ecology that, in turn, sustains the migrating waterfowl.