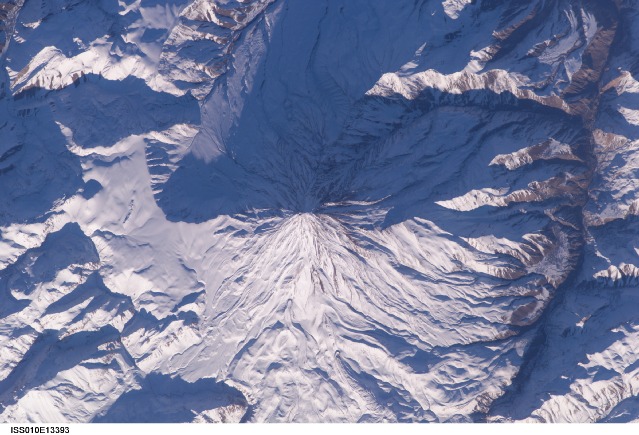 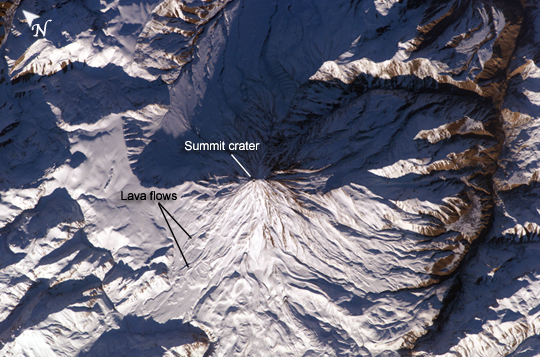 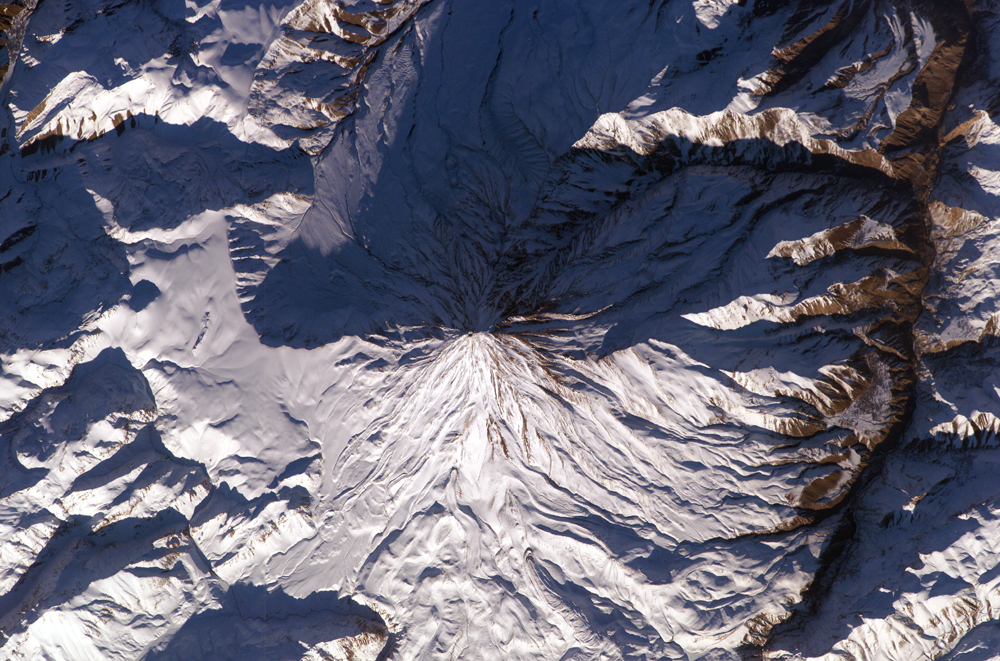 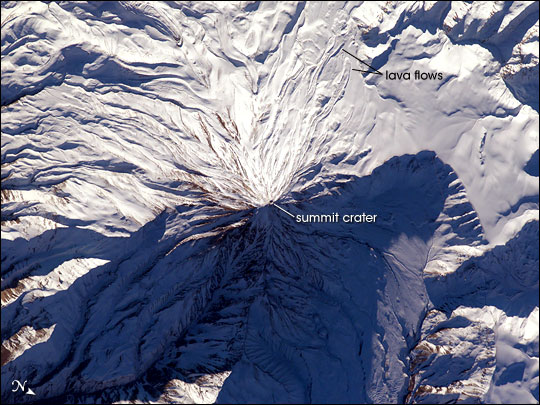 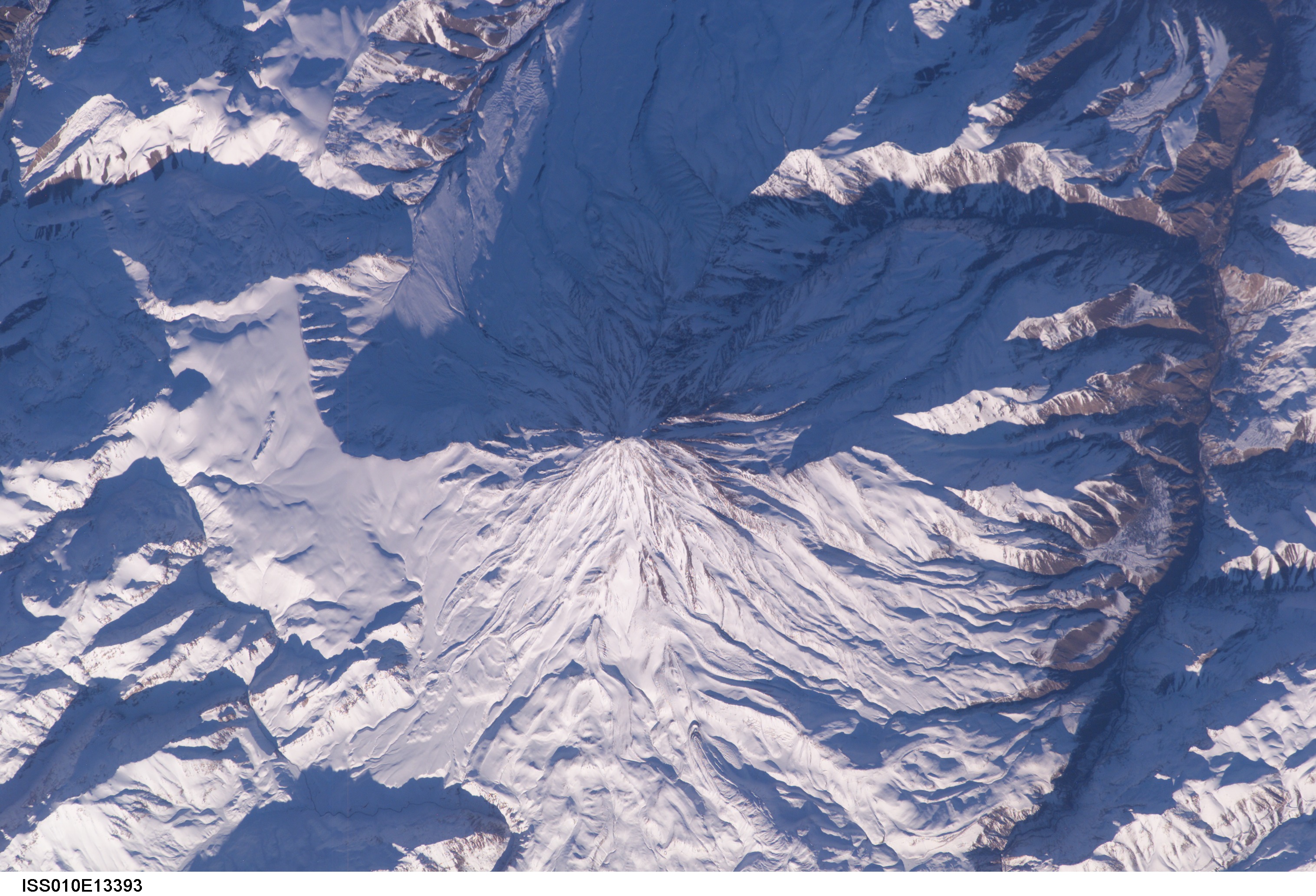 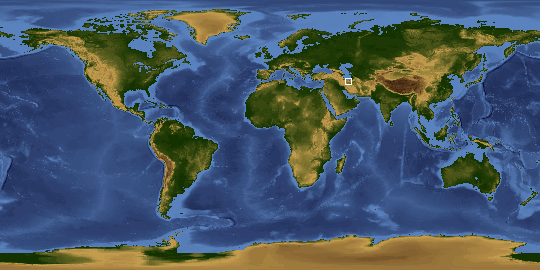 Located approximately 50 kilometers northeast of Tehran, Mt. Damavand is an impressive stratovolcano that reaches 5,670 meters (18,598 feet) in elevation. Part of the Alborz Mountain Range that borders the Caspian Sea to the north, Damavand is a young volcano that has formed mostly during the Holocene Epoch (over approximately the last 10,000 years). The western flank of the volcano includes solidified lava flows with flow levees--"walls" formed as the side edges of flowing lava cooled rapidly, forming a chute that channeled the hotter, interior lava. Two such flows with well-defined levees are highlighted by snow on the mountainside.

Damavand is the highest peak in Iran and the highest volcano in the Middle East. The mountain and its surrounding areas are popular hiking, climbing, and skiing destinations. While no historic eruptions of the volcano are recorded, hot springs on the flanks of the volcano and fumaroles (steam vents) in the summit crater suggest that a hot or cooling magma body is still present beneath the volcano. This continuing activity, while minor, indicates a dormant rather than extinct volcano.