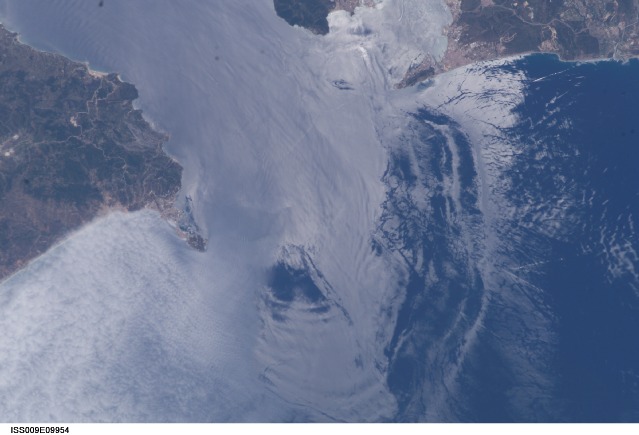 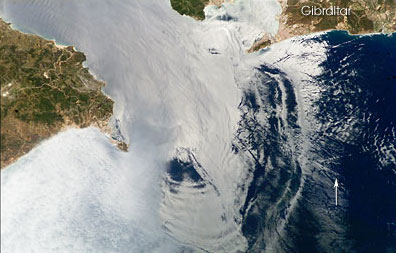 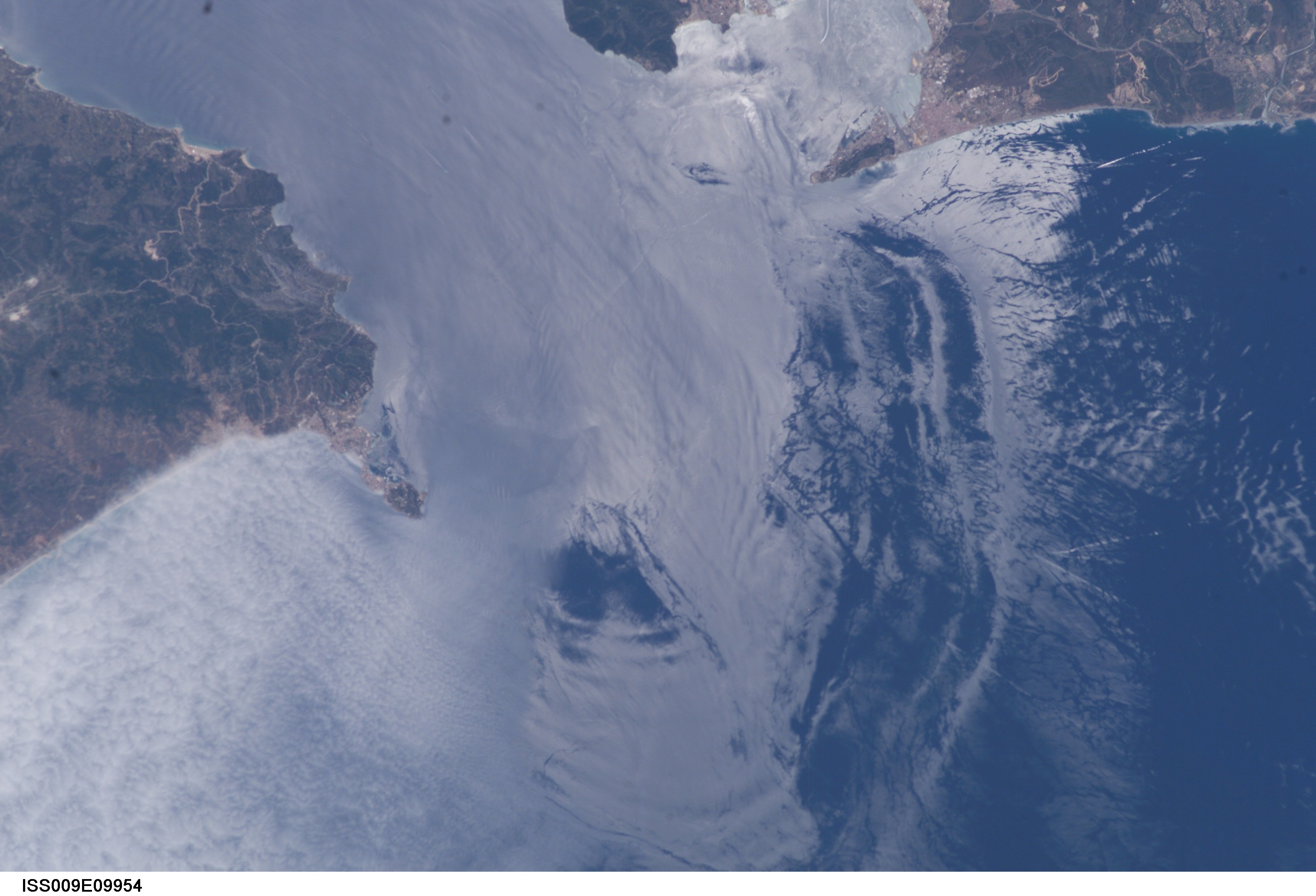 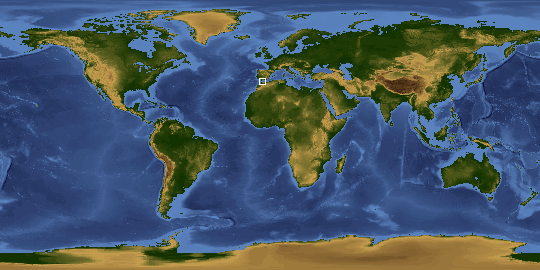 Other options available:
Download Packaged File
Download a Google Earth KML for this Image
View photo footprint information
Image Caption: Solitons, Strait of Gibraltar:
Surf's up! This image is part of a mosaic of two photographs (ISS009-E-9952 and ISS009-E-9954) taken by astronauts aboard the International Space Station viewing large internal waves in the Strait of Gibraltar. These subsurface internal waves occur at depths of about 100 m, but appear in the sunglint as giant swells flowing eastward into the Mediterranean Sea.

Like traffic merging on a highway, the water flow is constricted in both directions because it must pass over a shallow submarine barrier, the Camarinal Sill. When large tidal flows enter the Strait, internal waves (waves at the density boundary layer) are set off at the Camarinal Sill as the high tide relaxes. The waves--sometimes with heights up to 100 m -- travel eastward. Even though the waves occur at great depth and the height of the waves at the surface is almost nothing, they can be traced in the sunglint because they concentrate the biological films on the water surface, creating slight differences in roughness.

In this image, the tidal bore creates internal waves (top arrow) that propagate eastward and expand outward into the Mediterranean in a big arc (near bottom). Other features can be traced in the sun's reflections. Linear and V-shaped patterns (bottom arrow) are wakes of ships, providing evidence for the heavy ship traffic through the narrow waters between Spain and Morocco.