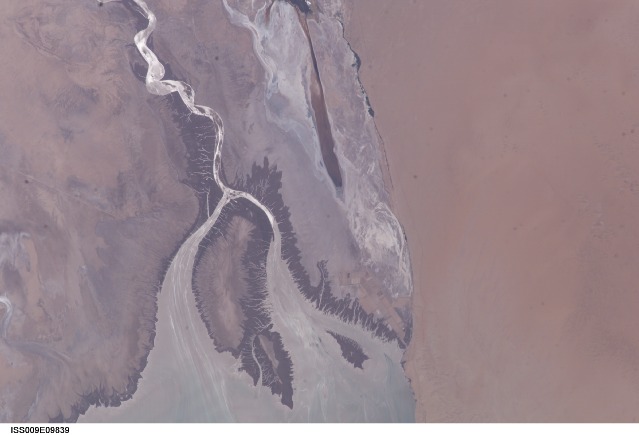 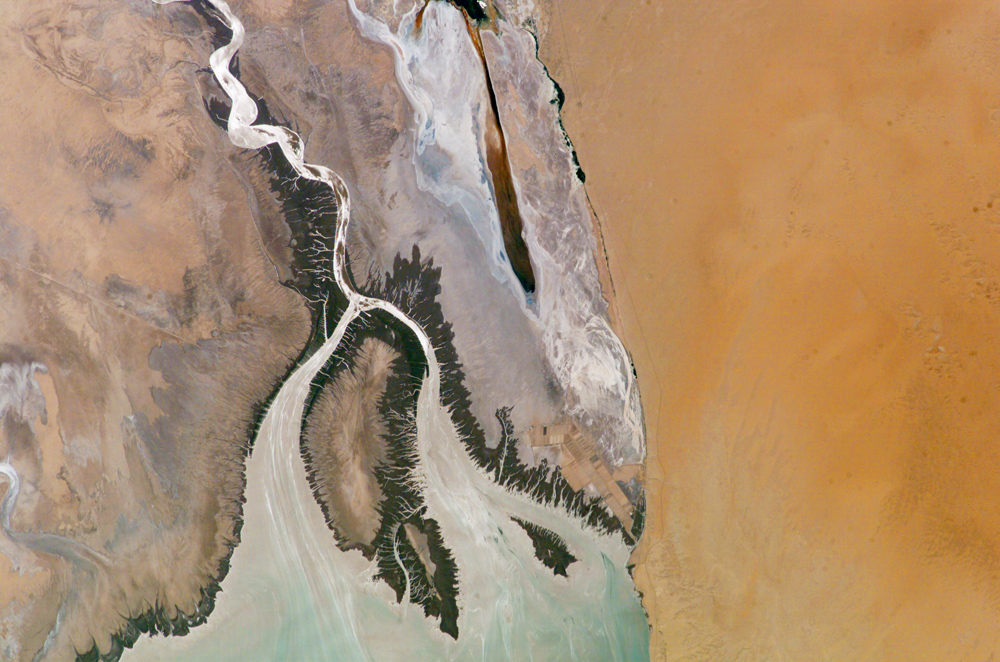 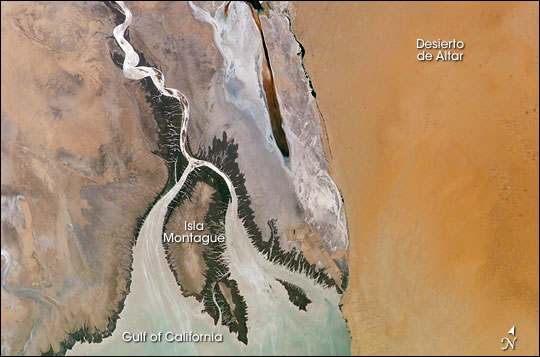 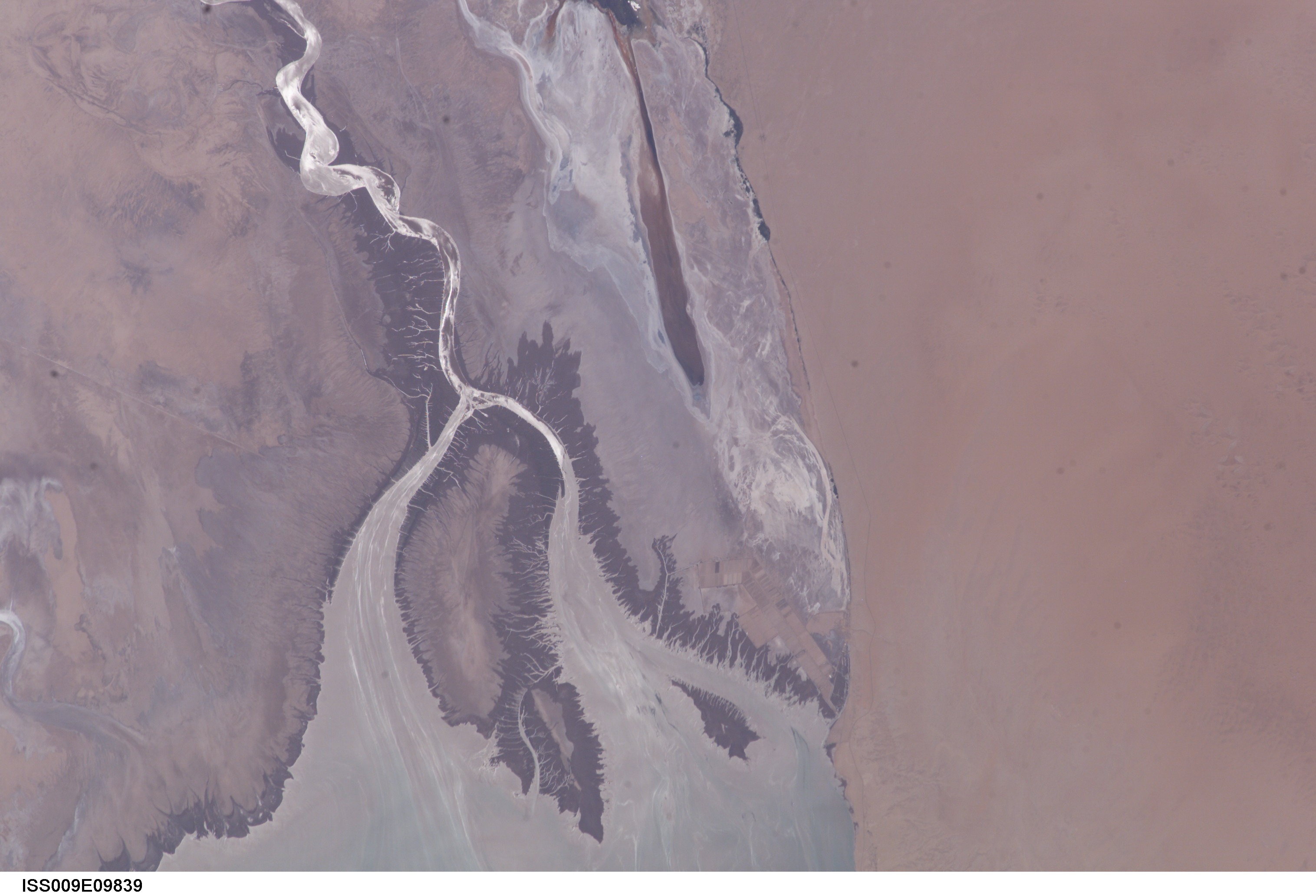 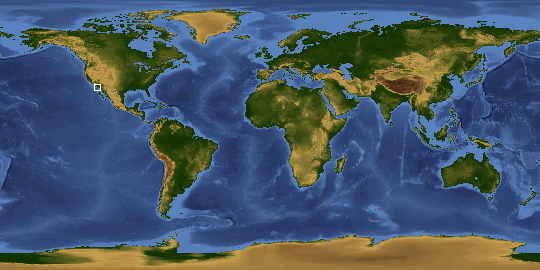 Other options available:
Download Packaged File
Download a Google Earth KML for this Image
View photo footprint information
Image Caption: Colorado River Delta, Baja California:
The Colorado River is the largest watershed in the southwestern US, emptying into the Salton Trough before reaching the Sea of Cortez. Over the past 2-3 million years, river sediments built a delta that extends from the US-Mexico border for a distance of 87 miles (140 km). However, today the Colorado River delta is undergoing significant erosion and diminishing in size due to the lack of sediment replenishment from upstream sources.

This image highlights the generally arid setting of the Colorada River delta estuary at its terminus and at low tide. The Desierto de Altar occupies the right portion of the image. The extensive white salt flats to the southeast of the Cienega (wetland) de Santa Clara are clearly visible. This brackish wetland is a major stopover point for Pacific shore bird migrations and is maintained by groundwater pumped from the southwestern USA. The channel extending from the large island in the center of the image (Isla Montague) to the northwest is an inlet from the Gulf of California which formed after the Colorado River receded due to impoundment of water by Hoover (1935) and Glen Canyon (1964) dams. It crosses floodplain sediments (gray to dark brown) left by the original river. Gray-brown linear streaks extending southeast from Isla Montague into the Gulf are floodplain sediments mobilized by tidal surges and wave action rather than fluvial processes. Dark green areas bordering the channel, shoreline, and Isla Montague are riparian and estuarine vegetation.

Prior to impoundment of water from upstream dams the delta provided habitat for a wide variety of species including shrimp, corvina fish, and vaquita porpoise. Replacement of water into the delta from groundwater and upstream releases have helped to revive some of the preexisting habitat. This reinvigorated habitat also supports a local ecotourism industry within the delta region. Continuing drought conditions affecting the southwestern USA may decrease water delivery to the delta with significant impacts on both the ecologic and economic health of the region.

The ISS-9 Space Station crew obtained this high-resolution image of the Colorado River Delta on June 2, 2004, allowing for detailed observations of the delta and adjacent regions.