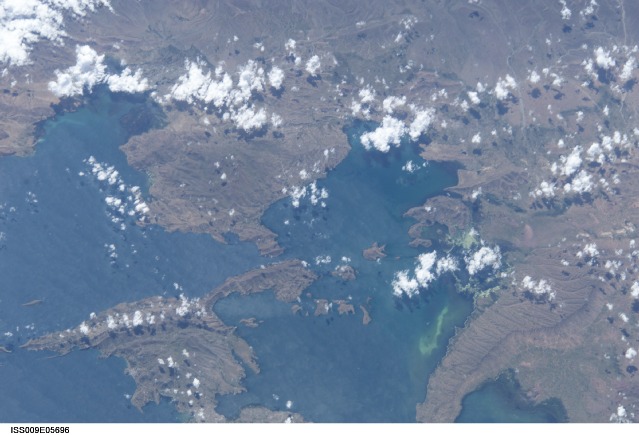 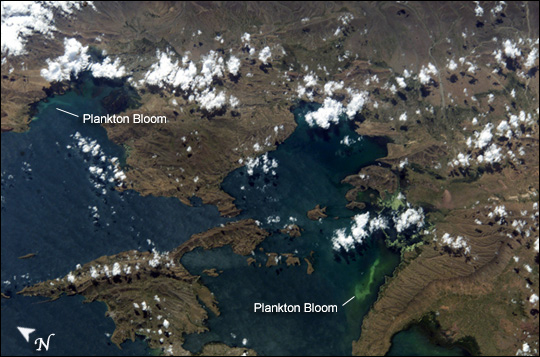 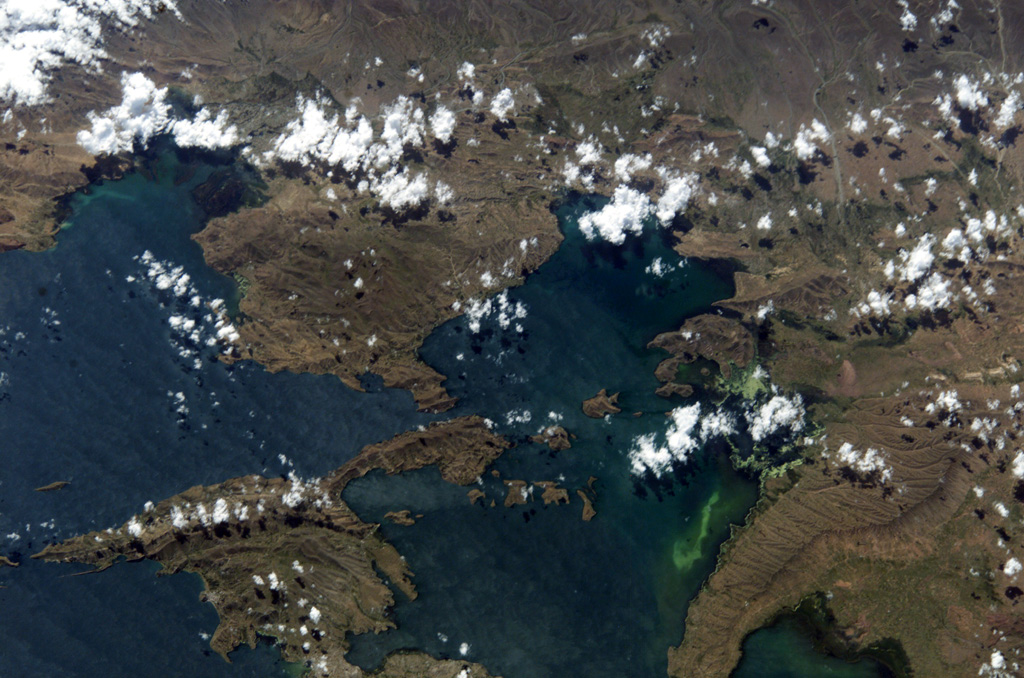 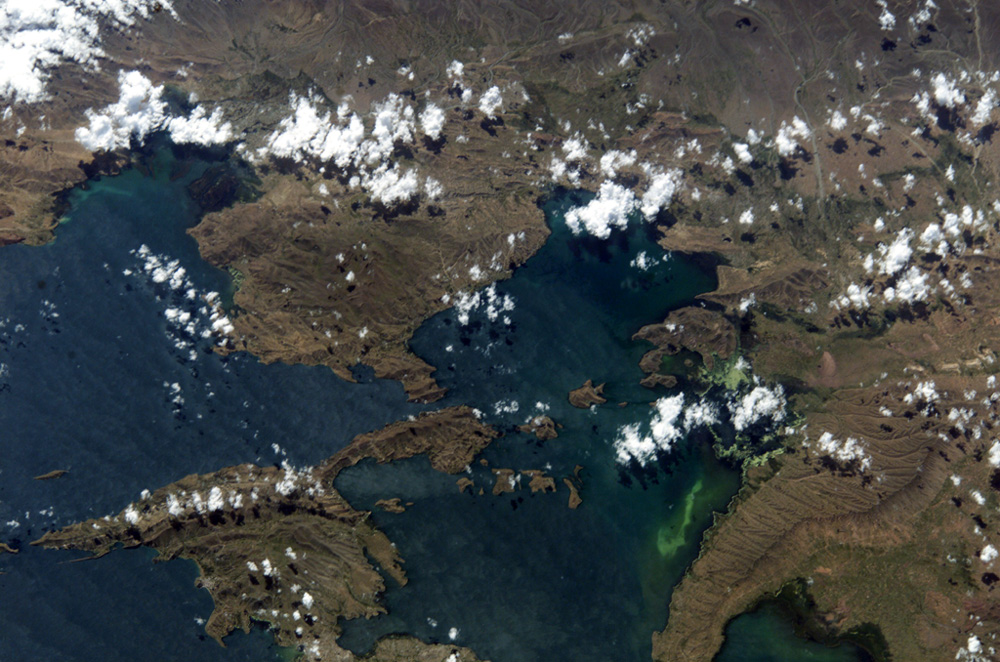 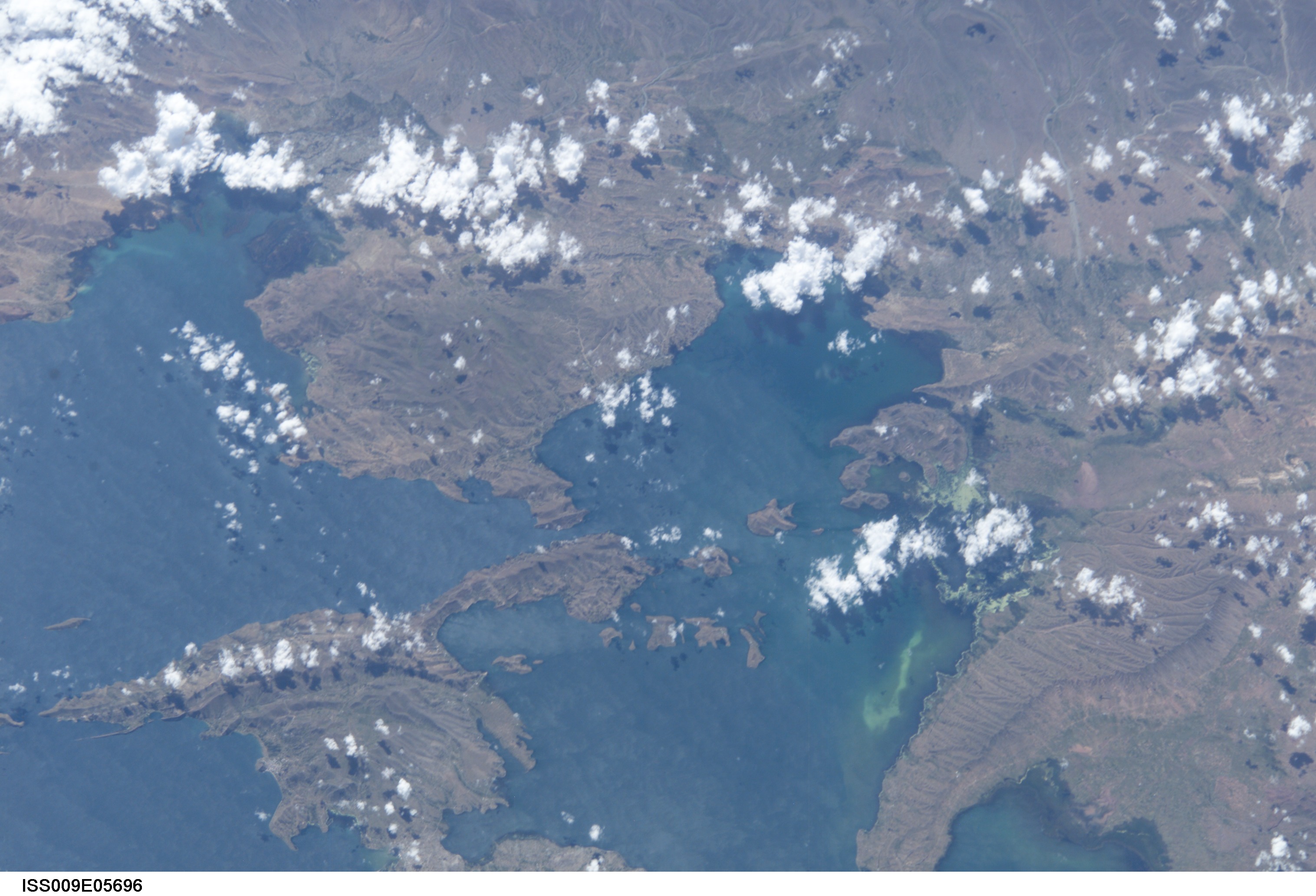 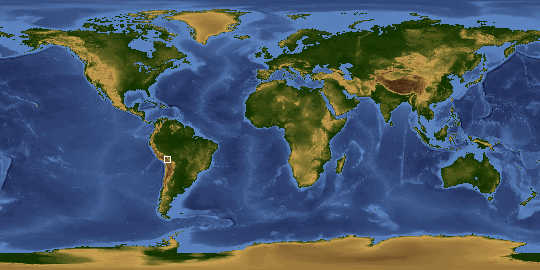 Other options available:
Download Packaged File
Download a Google Earth KML for this Image
View photo footprint information
Image Caption: Plankton Bloom in Lake Titicaca:
At an average elevation of 3,812 meters (12,507 feet), Lake Titicaca is one of the highest lakes in the world. The lake is positioned between two major ranges of the Andes Mountain chain and has very limited drainage. Because of the lack of drainage, the lake has accumulated sediments over the past 25,000 years. These sediment records are invaluable for paleoclimate research. The water level of the lake is still dependant on climate today and varies significantly in El Nino years.

The limited outflow of the lake allows for the accumulation of nutrients derived primarily from surrounding communities' agricultural and sewage waste. The increased nutrient levels can lead to plankton blooms. This astronaut photograph, taken from the International Space Station, captures two such blooms along the eastern shoreline of the lake. Plankton blooms are not apparent in earlier astronaut photographs of Lake Titicaca, suggesting that there may also be a seasonal component to their appearance (see, for example, this earlier astronaut photograph of Lake Titicaca).