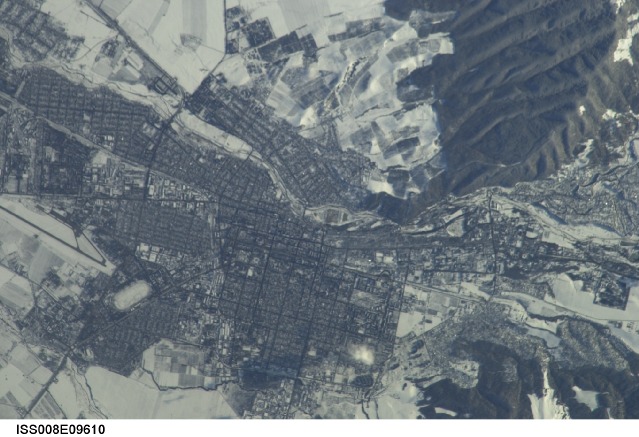 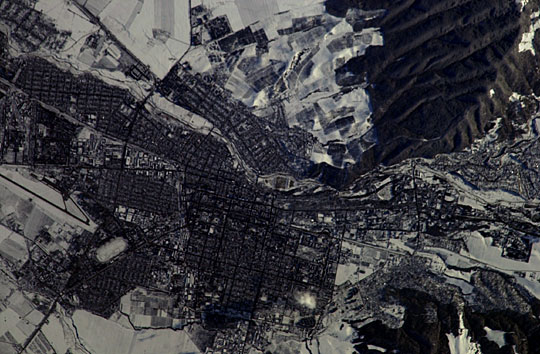 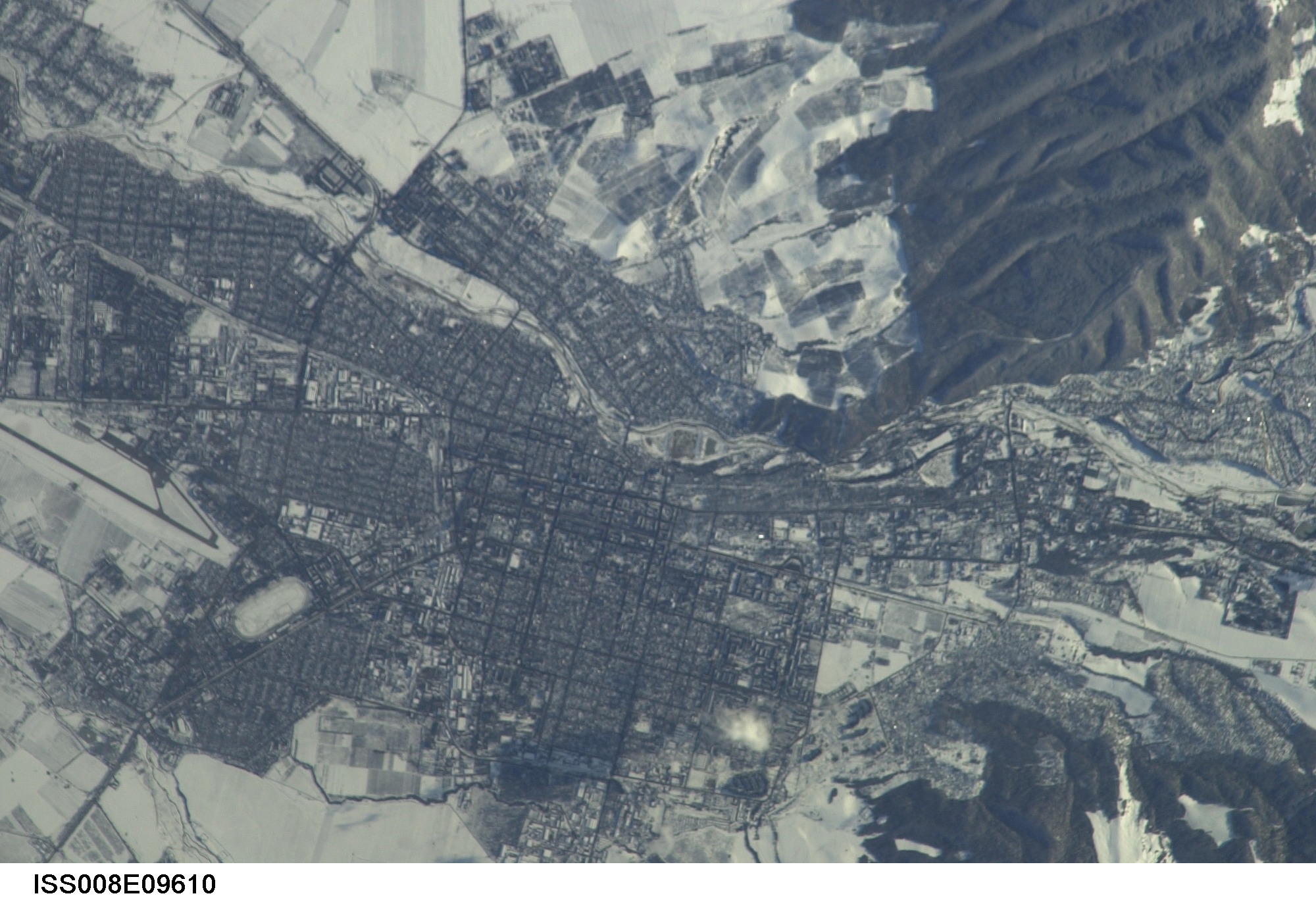 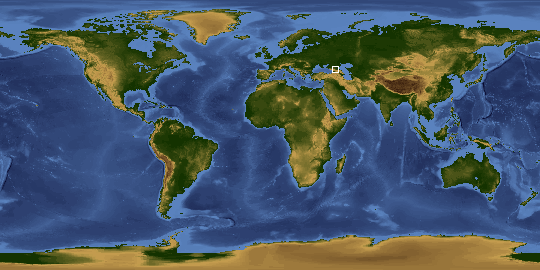 Other options available:
Download Packaged File
Download a Google Earth KML for this Image
View photo footprint information
Image Caption: Nalchik, Caucasus Mts., Russian Federation:
This winter-time view of the city of Nalchik on the north slopes of the Greater Caucasus Mountains, was taken with a handheld camera from the International Space Station in early 2004. Rectangles are the city blocks of Nalchik (population ~240,000), a city which lies where the major Terek River exits from the mountains. The river appears as a meandering line crossing the view, slightly diagonally from right to left. Dark forests (top right and lower right) make the mountain sides appear snow free. A dark line, probably a major canal, crosses the view to the lower left corner. Nalchik is a tourist resort and industrial center. It is the major city of the Kabardino-Balkar Republic (population ~ 750,000), one of five small republics on the north slopes of the Caucasus Mountains, 200 km west of Chechnya.