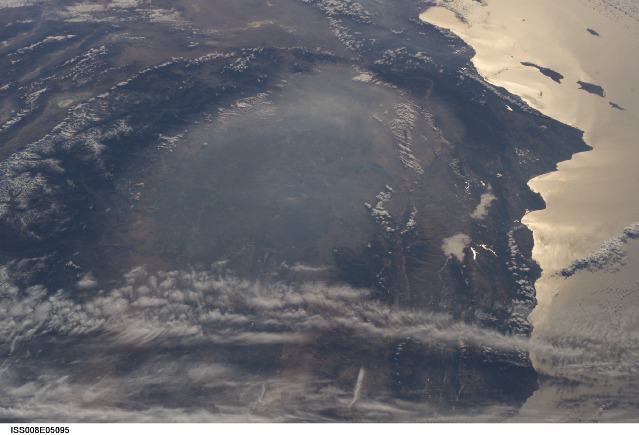 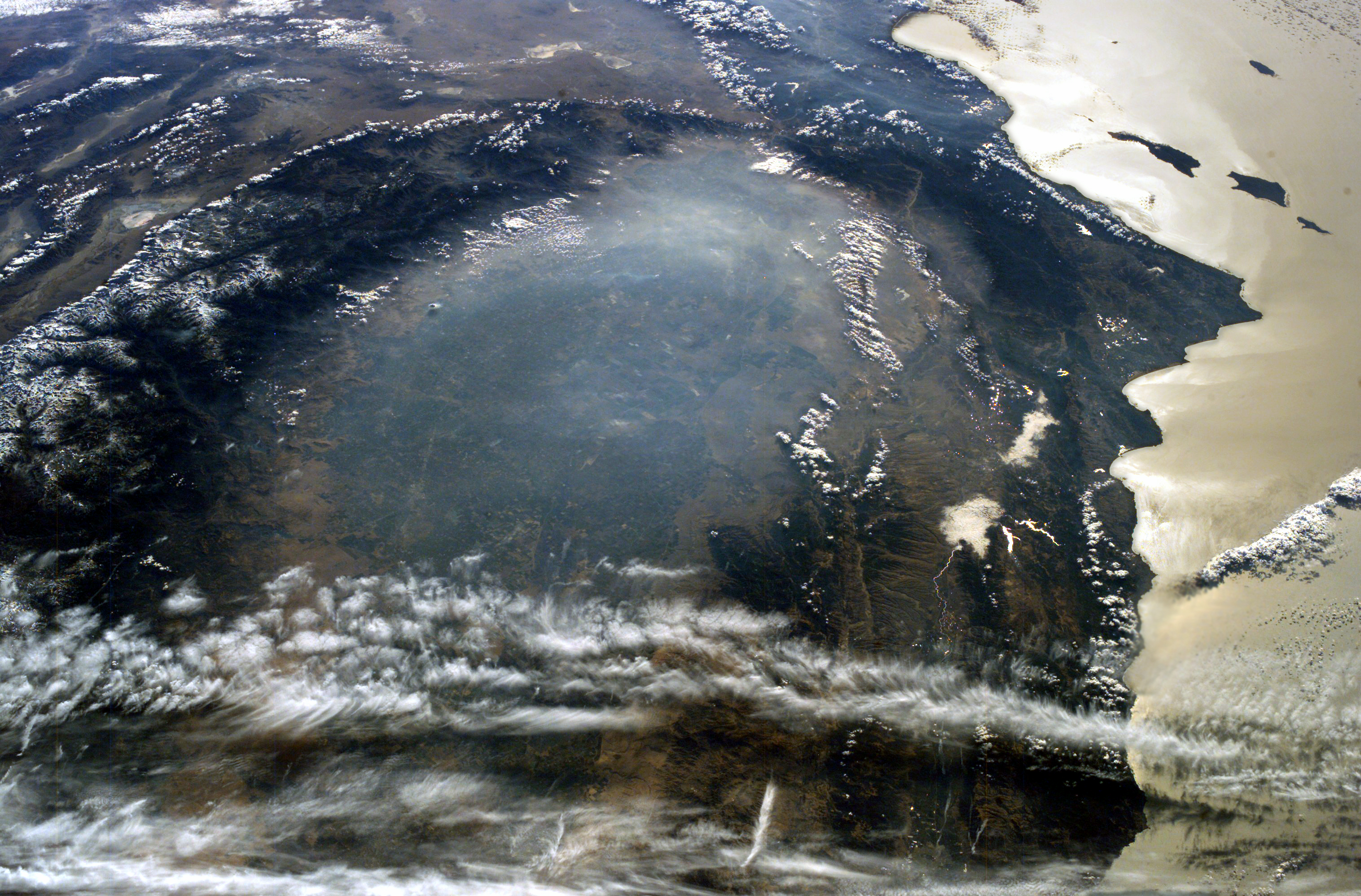 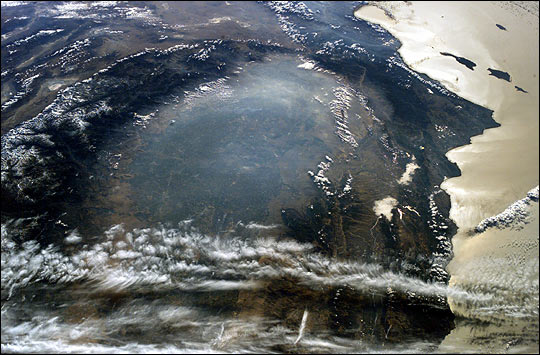 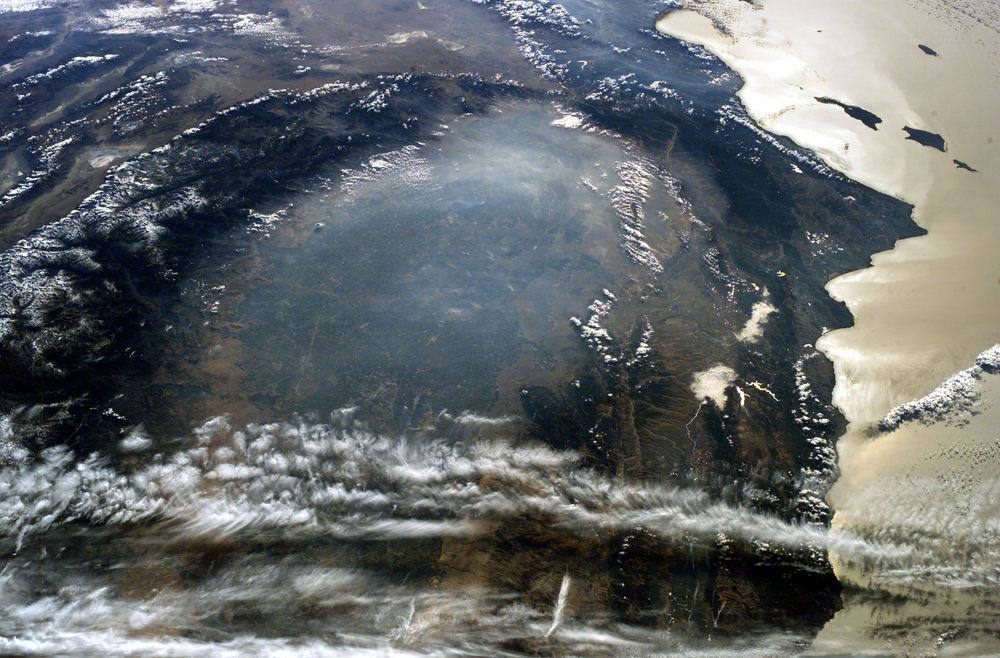 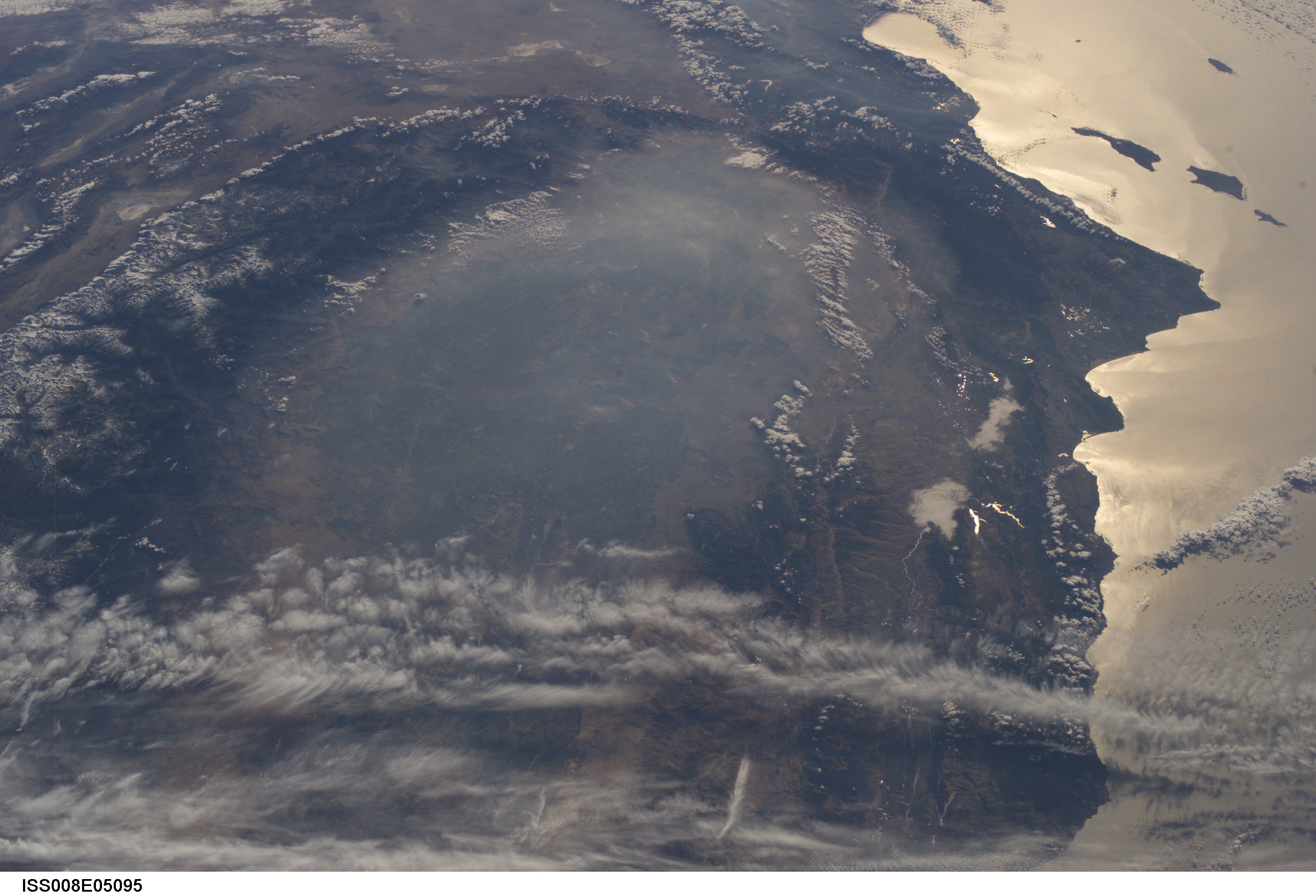 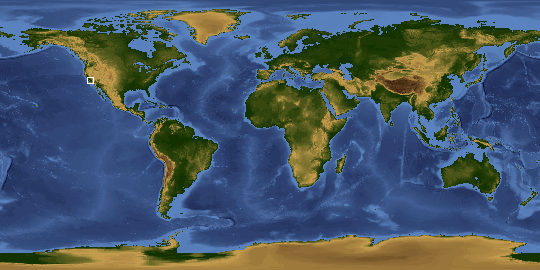 Other options available:
Download Packaged File
Download a Google Earth KML for this Image
View photo footprint information
Image Caption: The smoky remnants of October's devastating fires still filled the southern California Central Valley on November 2, 2003. This "upside down" digital photograph was taken from the International Space Station from a position over the Pacific Northwest looking southward toward southern California.

At the time this image was acquired, the fires had finally been brought under control, but ash and smoke remained trapped in the atmosphere above the valley, a bowl of land ringed by the Sierra Nevada Mountains to the east (left) and the Coast Range Mountains to the west (right). The band of clouds at the bottom of the image is at an altitude above the mountains. The amber color in the sunglint over the Pacific coastal waters (right) also indicates the presence of smoke. At the top center of the image, the Mojave Desert comes to a point at the southern end of the Central Valley.