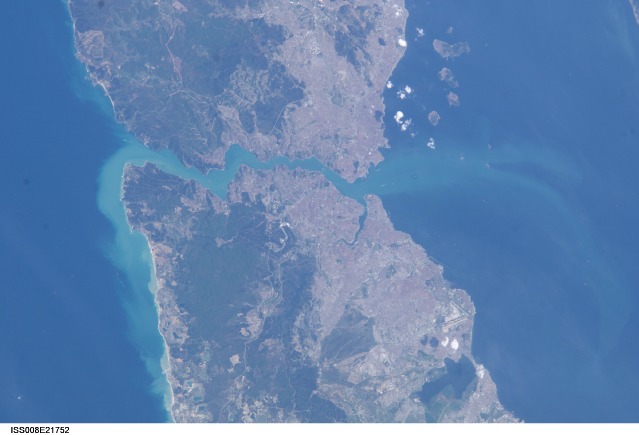 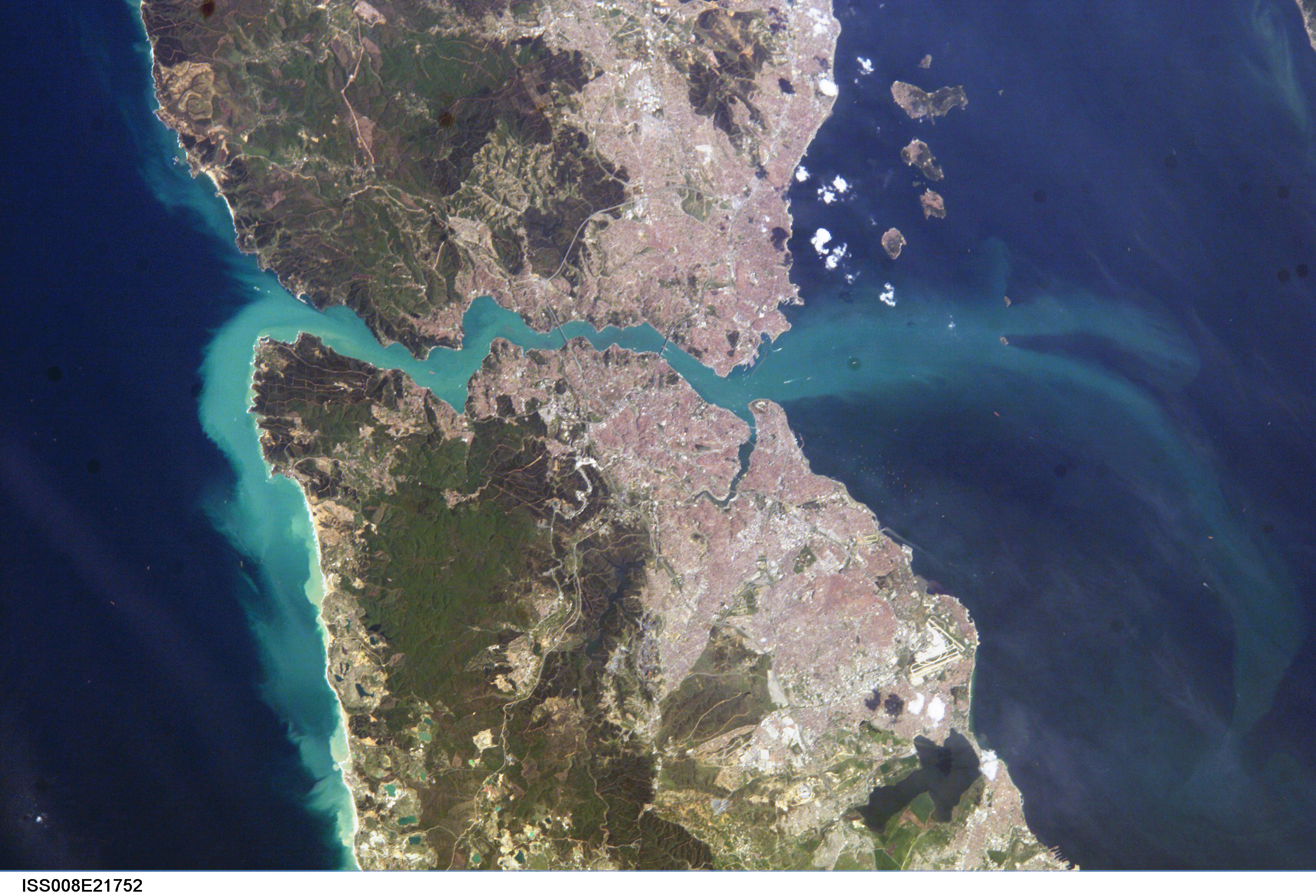 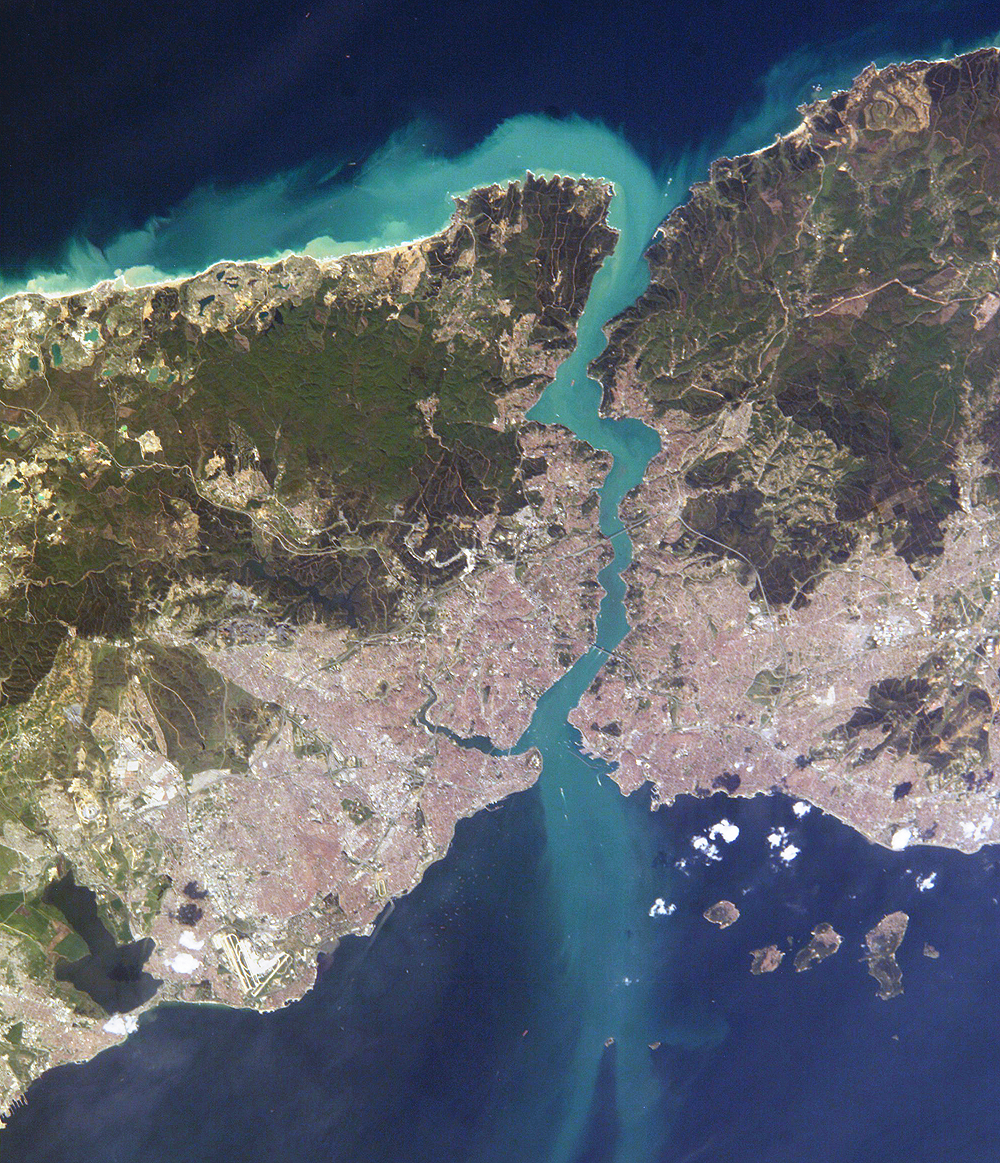 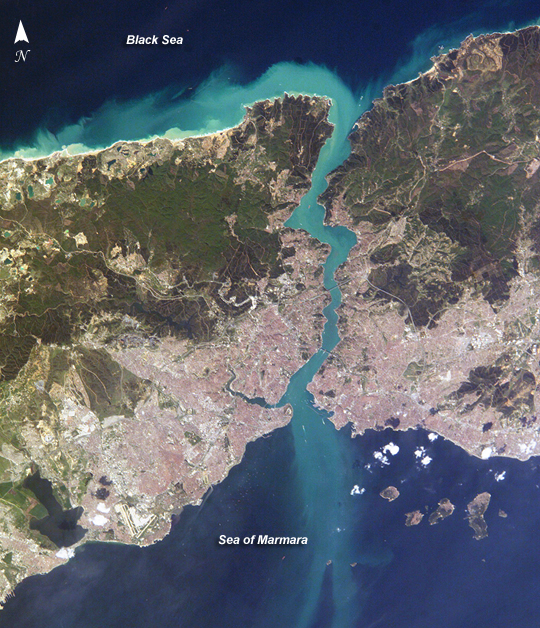 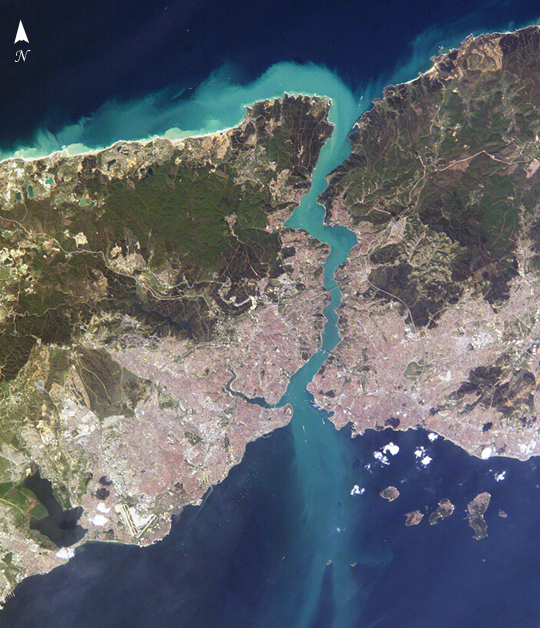 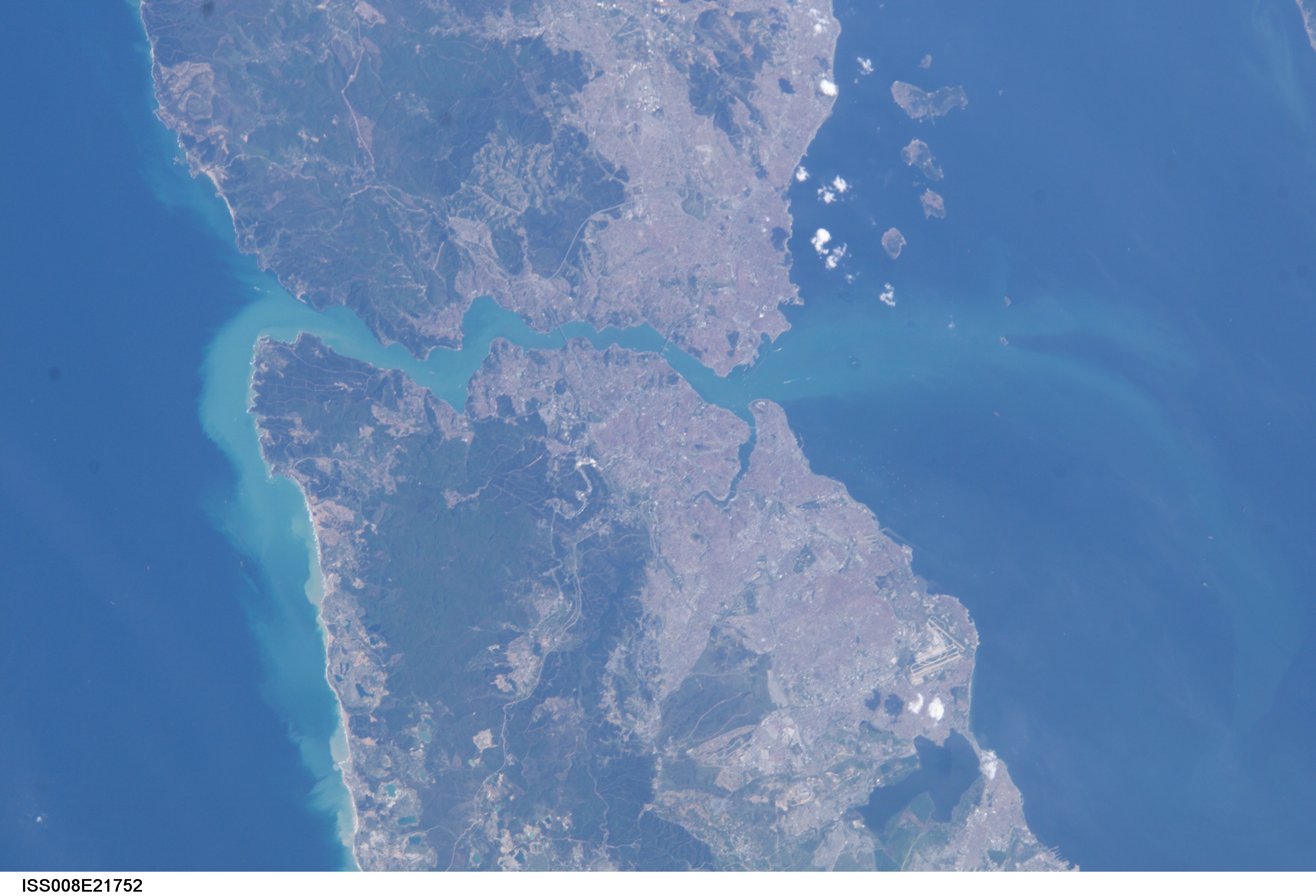 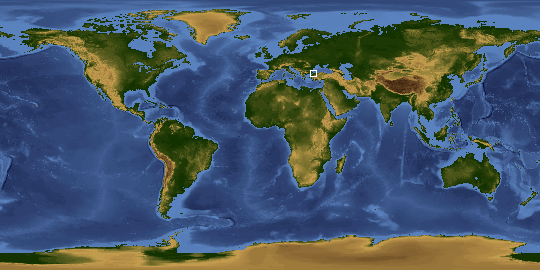 Other options available:
Download Packaged File
Download a Google Earth KML for this Image
View photo footprint information
Download a GeoTIFF for this photo
Image Caption: Istanbul, Turkey: The Crossroads of Europe and Asia:
This metropolis of 15 million people occupies both sides of the entrance to the narrow, 20-mile long Bosporus Strait connecting the Mediterranean and Sea of Marmara (south) to the Black Sea (north). From its founding as Byzantium by the Greeks in 600 B.C., this strategically located city has been a focus of maritime trade and commerce as well as an outpost and threshold for cultural exchange and conflict between Europe and Asia. The modern city's layout and architecture show the influences of both the Roman-Byzantine era when it became Constantinople, the world's first Christian capital, as well as that of the conquering Ottoman Turks, from 1453, when it became the seat of the world's largest Muslim Empire. Today Istanbul is Turkey's economic capital and home to nearly half the country's wealth.

This digital camera image was taken by the crew of the International Space Station on April 16, 2004. When this image was taken, strong currents carried turbid coastal waters from the Black Sea through the Strait and into the Sea of Marmara. The rugged uplands to the north of the city are forested and contain vital reservoirs. Note Ataturk airport southwest of the city near the bottom of the image, the picturesque Prince Islands in the Sea of Marmara, and the sinuous waterway and harbor on the western shore known as the Golden Horn.