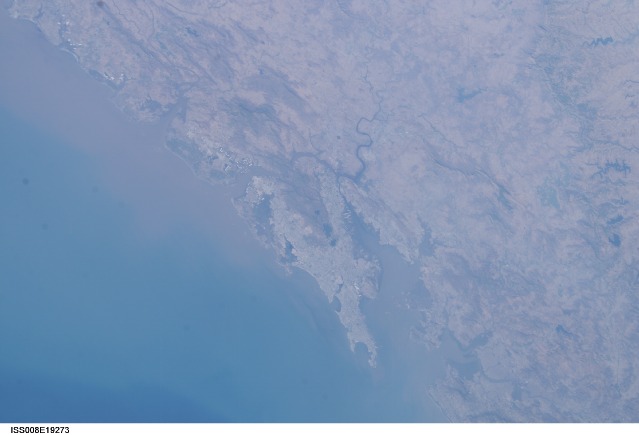 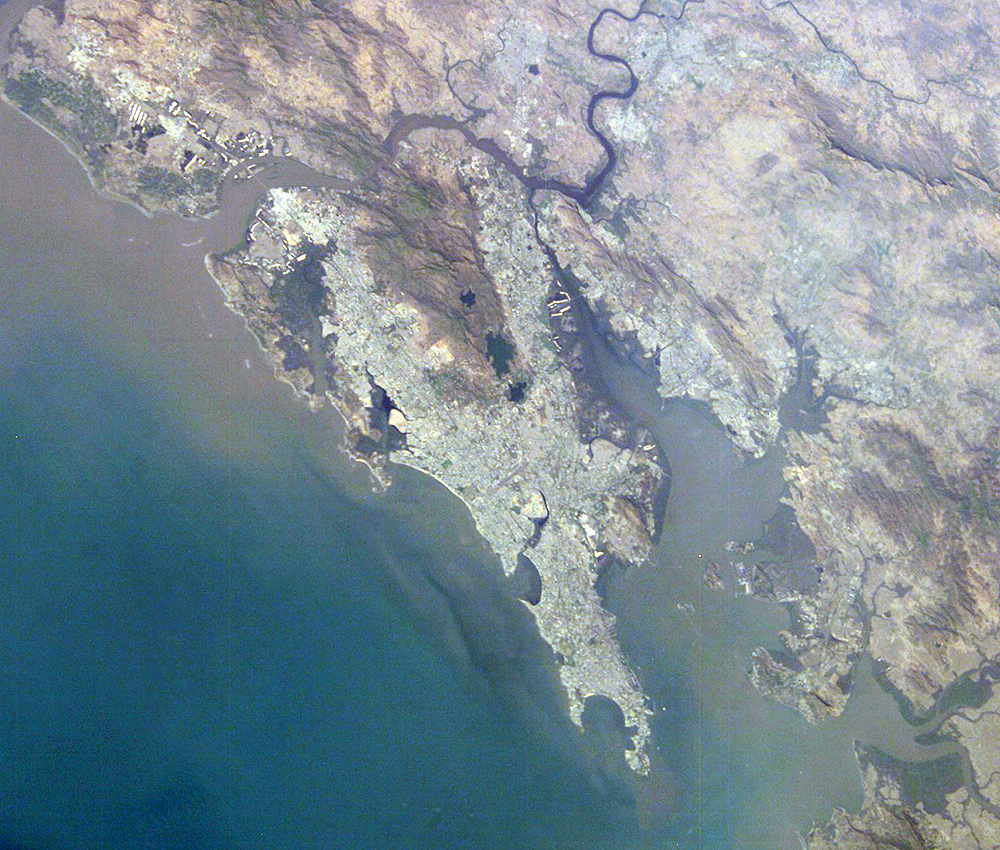 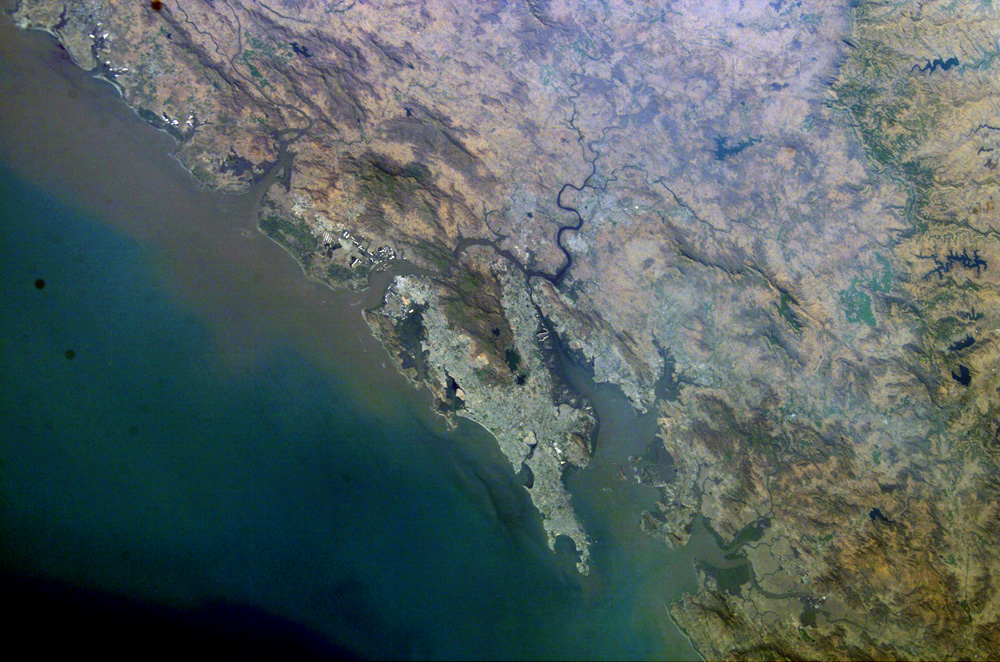 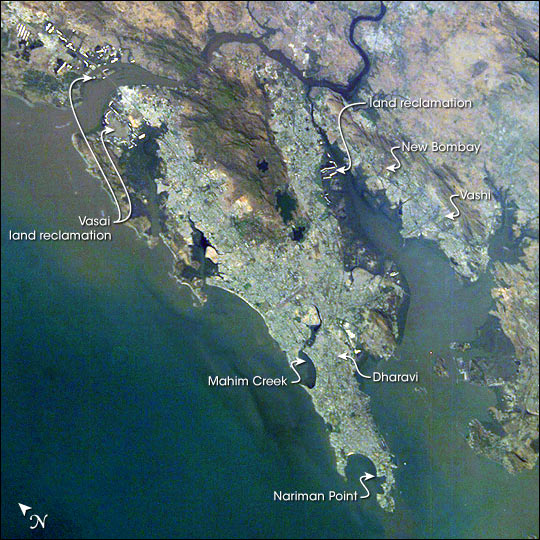 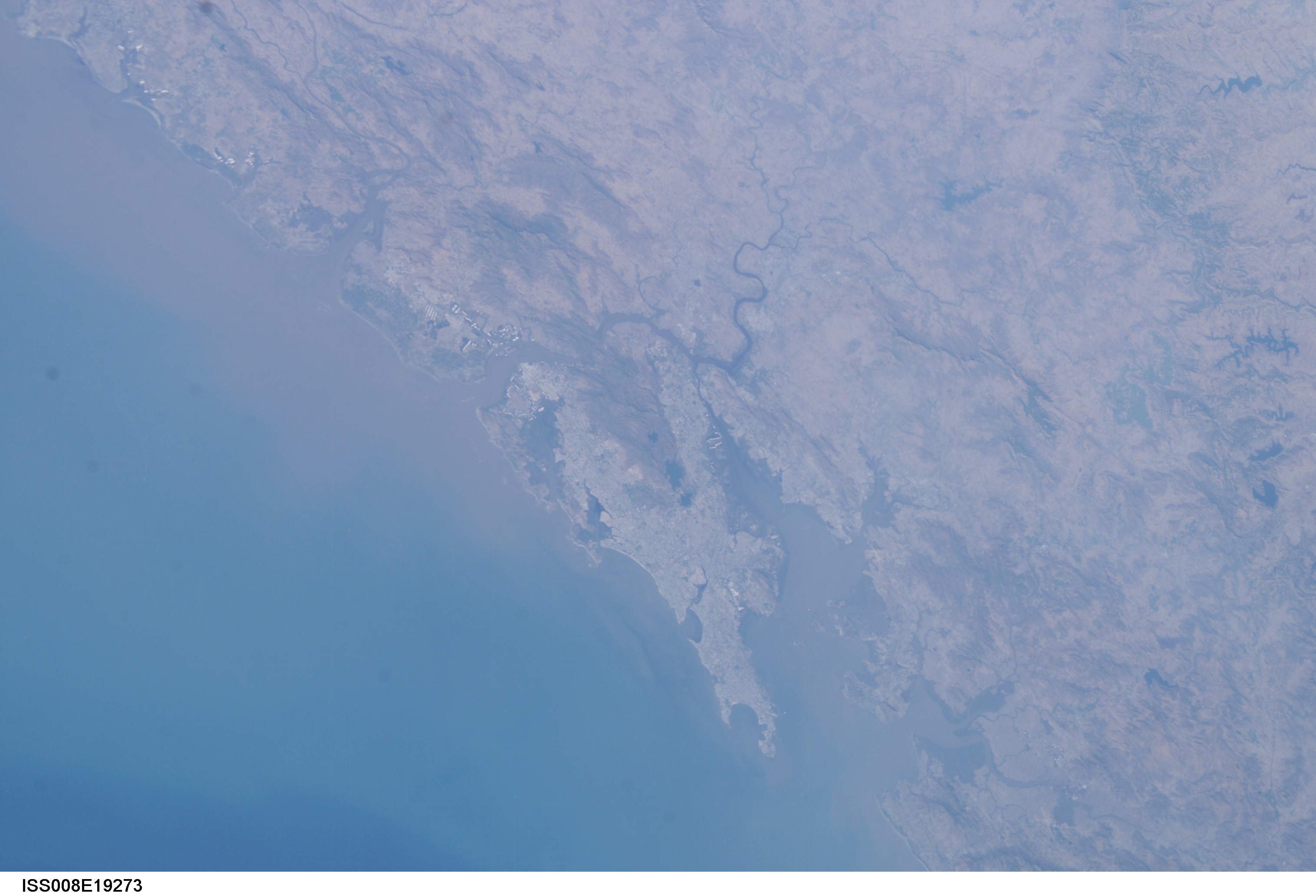 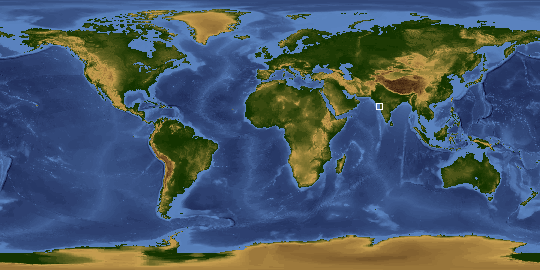 Other options available:
Download Packaged File
Download a Google Earth KML for this Image
View photo footprint information
Download a GeoTIFF for this photo
Image Caption: Mumbai, India:
With almost 23 million residents, Mumbai, India, is the second largest city in the world (only Tokyo, Japan, is larger than Mumbai). Rapid population growth in Mumbai is evident in this image from the International Space Station that shows several regions of the city with active land reclamation activities on its coasts, bays and hinterlands. Mumbai exemplifies the global urban growth and sprawl seen in recent years as human populations throughout the world continue to migrate to cities. The UN reports that 48 percent of the world's population lived in urban areas in 2003. CNN quotes the report as saying that the proportion of urban-to-rural dwellers is "expected to exceed the 50 percent mark by 2007, thus marking the first time in history that the world will have more urban residents than rural residents."

Historically, this region was called "Mumba" after local deity "Mumbadevi" and consisted of seven islands joined together by series of reclamations. In 1543, the region fell to the Portuguese who named their possession "Bom Baia," which translates as "good bay." In 1662, the English King Charles II received these islands as a dowry on his marriage to the Portuguese princess, and the islands acquired the name "Bombay." In recent years, the city has reclaimed its local name "Mumbai."

Hailed as India's financial capital and center of her film industry, Mumbai is a city that reflects modern progress and potential. Nariman Point is the hub of economic and financial activity; its skyline has often been compared to Manhattan's. Mumbai's docklands comprise the largest port in the entire subcontinent and handle over 25 percent of India's international trade. But the rapid growth also results in growing public health issues such as air pollution. Adjacent to the commercial sector is Asia's largest slum, known as Dharavi. It is noteworthy that Dharavi has its own industrial and handicraft trade that annually contributes about one billion dollars to Mumbai's economy. New urbanized areas such as Vashi, New Bombay, Vasai, and Mahim Creek are being developed to ease this congestion and provide space for new suburbs and industrial parks.