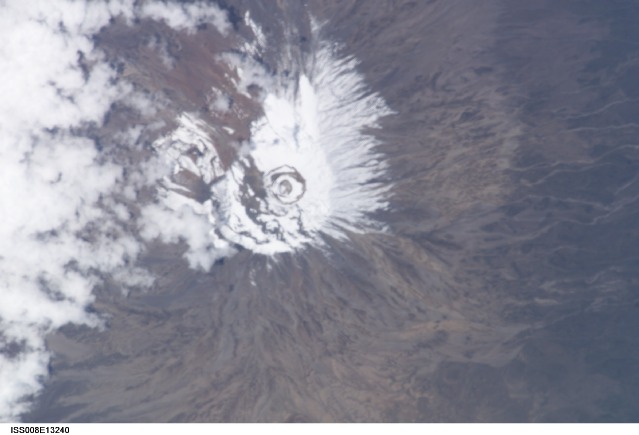 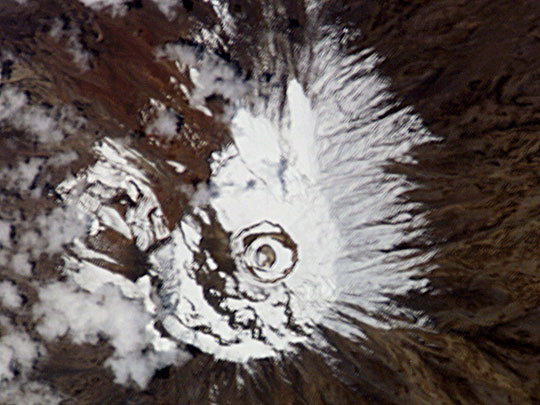 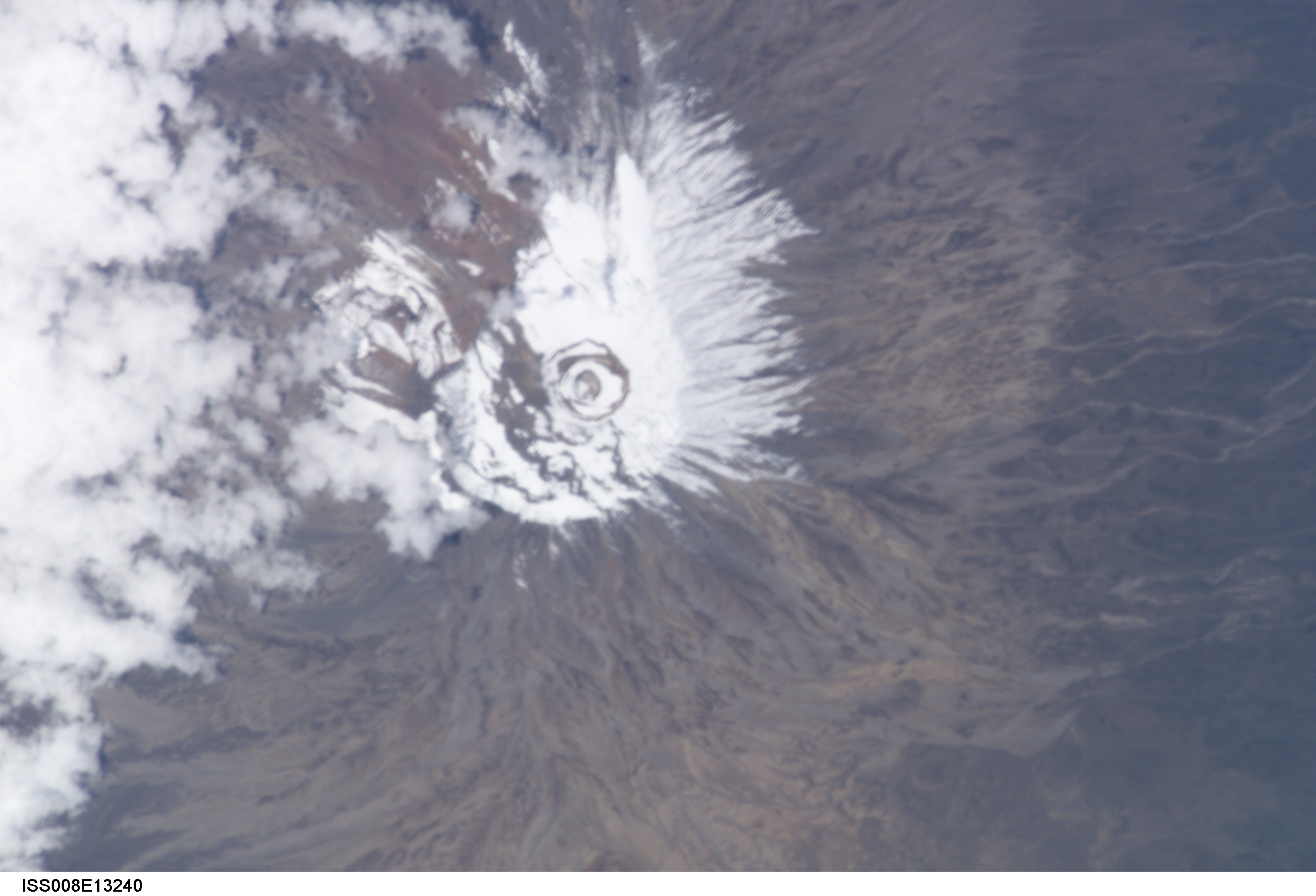 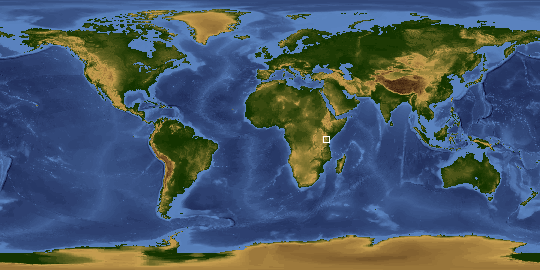 Other options available:
Download Packaged File
Download a Google Earth KML for this Image
View photo footprint information
Image Caption: Mt. Kilimanjaro (Tanzania), the highest point in all Africa, is capped by glaciers on its southern and southwestern flanks. An estimated 82 percent of the icecap that crowned the mountain when it was first thoroughly surveyed in 1912 is now gone, and the ice is thinning as well -- by as much as a meter in one area. According to some projections, if recession continues at the present rate, the majority of the glaciers on Kilimanjaro could vanish in the next 15 years. In this image, it is difficult to distinguish the permanent snow cap from a fresh dusting of snow.