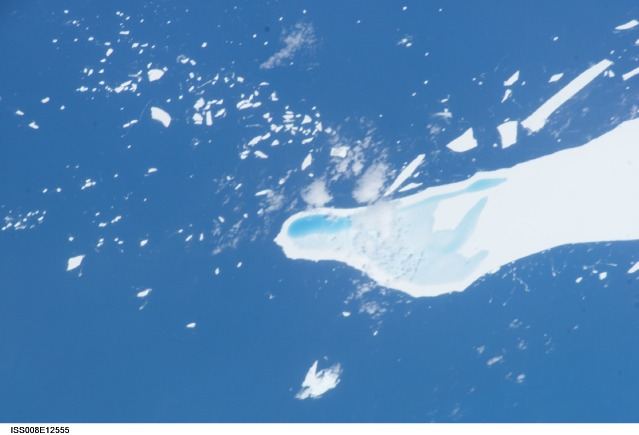 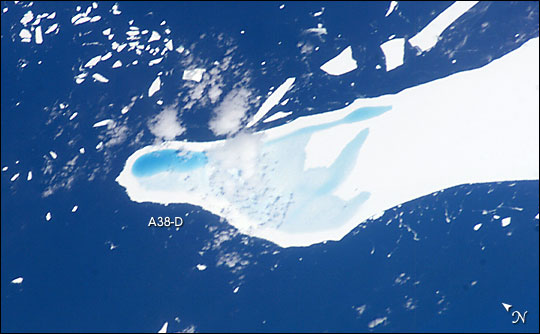 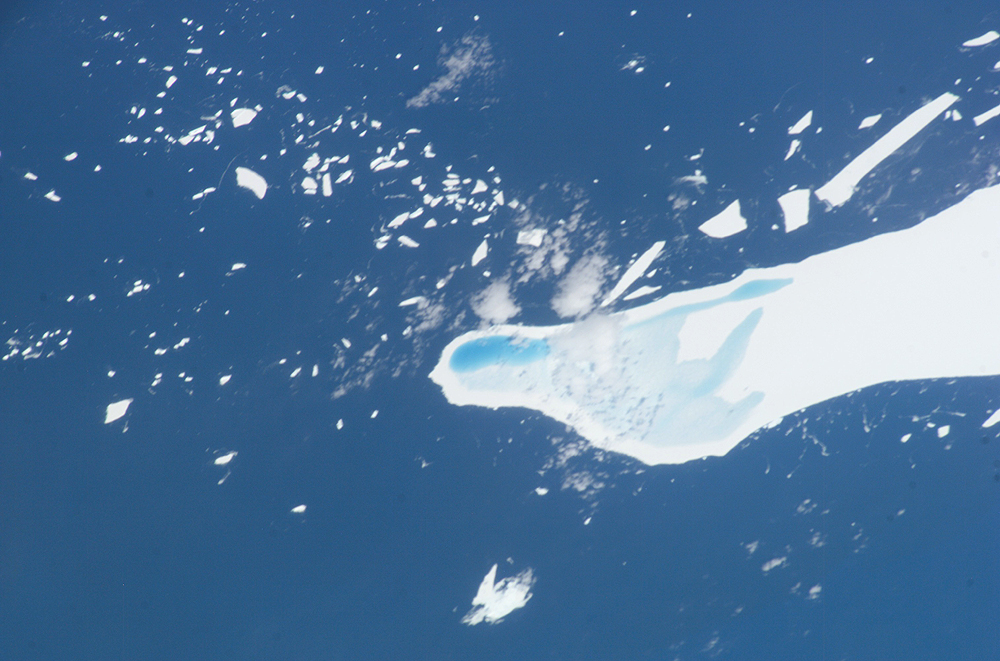 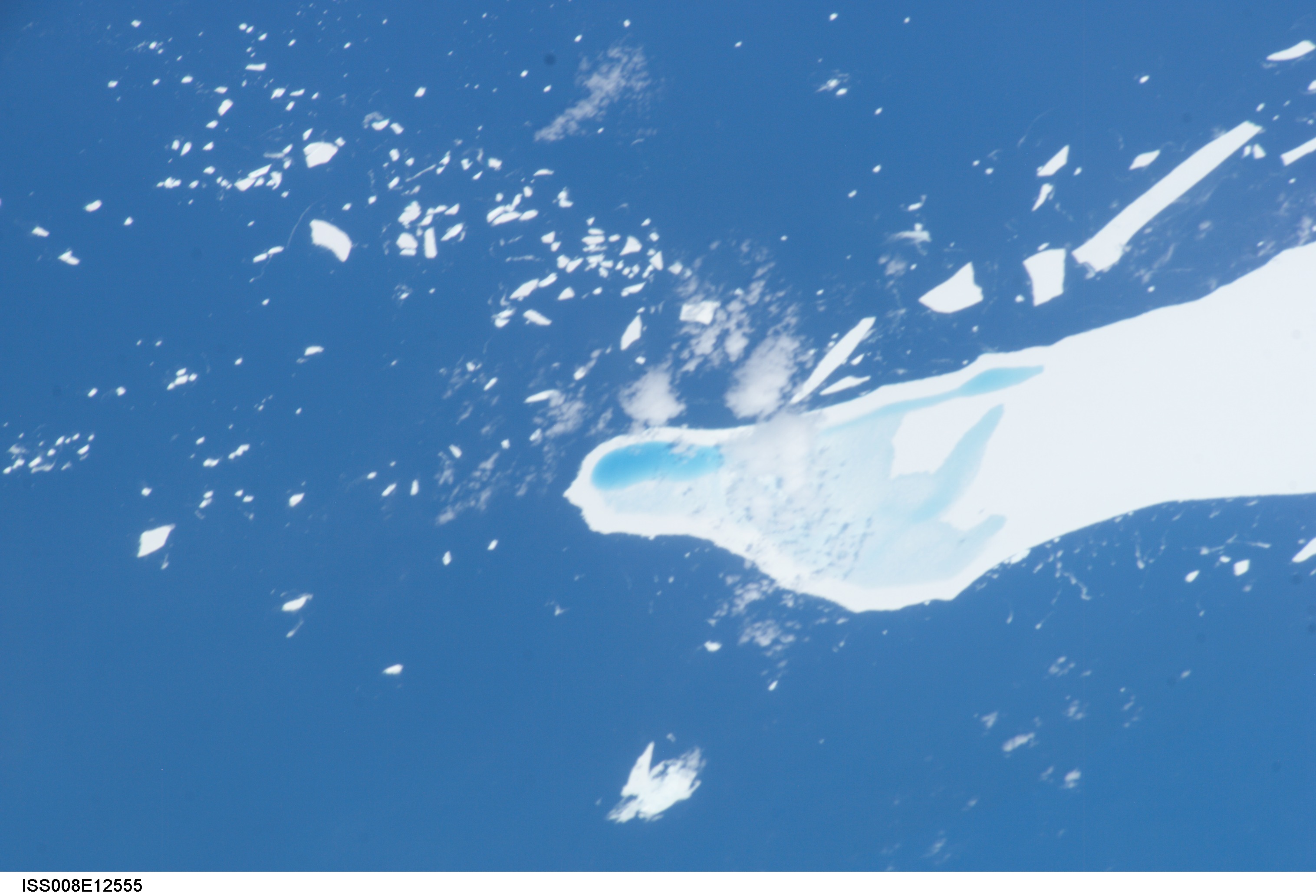 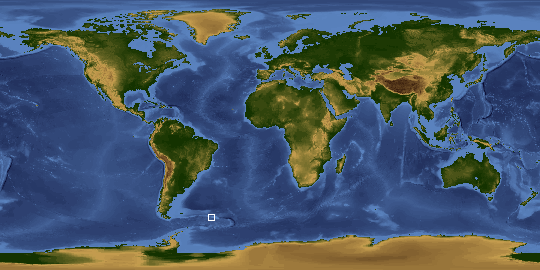 Other options available:
Download Packaged File
Download a Google Earth KML for this Image
View photo footprint information
Image Caption: Iceberg Melt, Near South Georgia:
Astronauts on board the International Space Station took this detailed view of melt water pooled on the surface of iceberg A-39D, an iceberg measuring 2 km wide by 11 km long and currently drifting near South Georgia Island. The different intensities of blue are interpreted as different water depths. From the orientation of the iceberg, the deepest water (darkest blue) lies at the westernmost end of the iceberg. The water pools have formed from snowmelt--late January is the peak of summer in the Southern Hemisphere.

This iceberg was part of the original A-38 iceberg (http://nsidc.org/icebergs/a38/) that calved from the Ronne Ice Shelf in October 1998. Originally the ice was between 200 and 350 meters thick. This piece of that iceberg is now probably about 150 meters thick, with around 15 m sticking up above the surface of the water.

This photograph was taken by astronauts looking south over the south Atlantic Ocean from the International Space Station on January 22, 2004. An accompanying oblique view, ISS008-E-12654, shows all three large remnant pieces of A-38 close to South Georgia Island. Based on the astronaut observations, Dr. Ted Scambos fo the National Snow and Ice Data Center decided to continue to track the icebergs. By April they had broken up, potentially as a result of the meltponding.