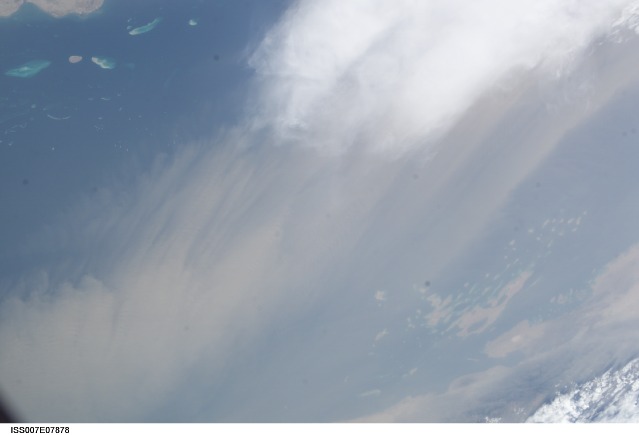 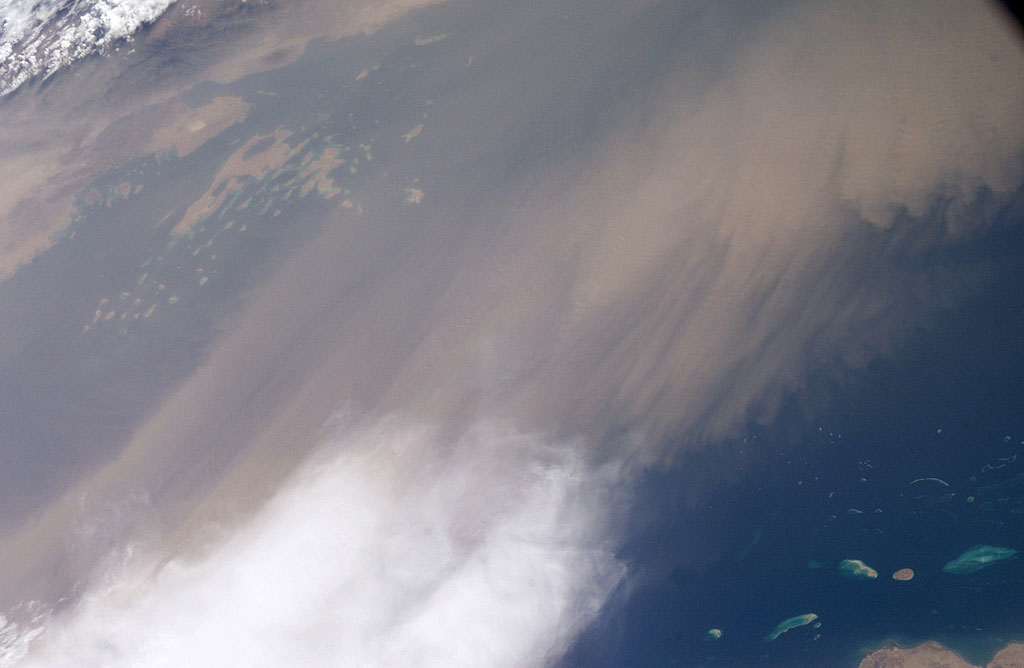 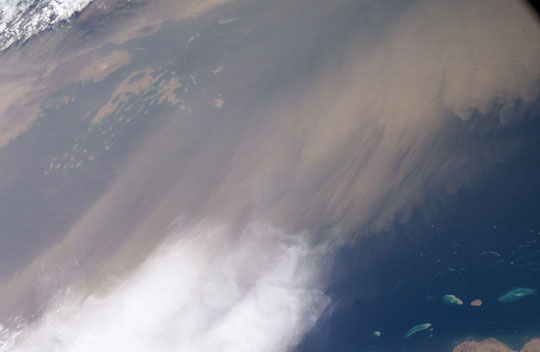 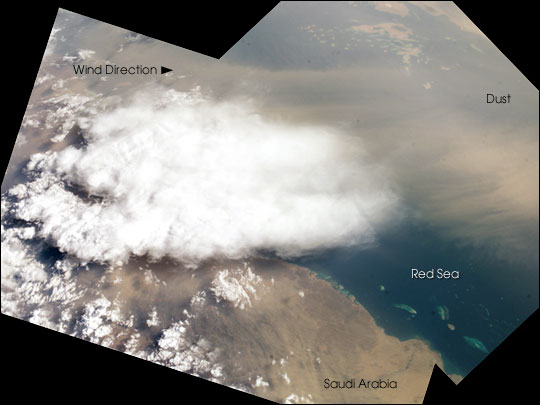 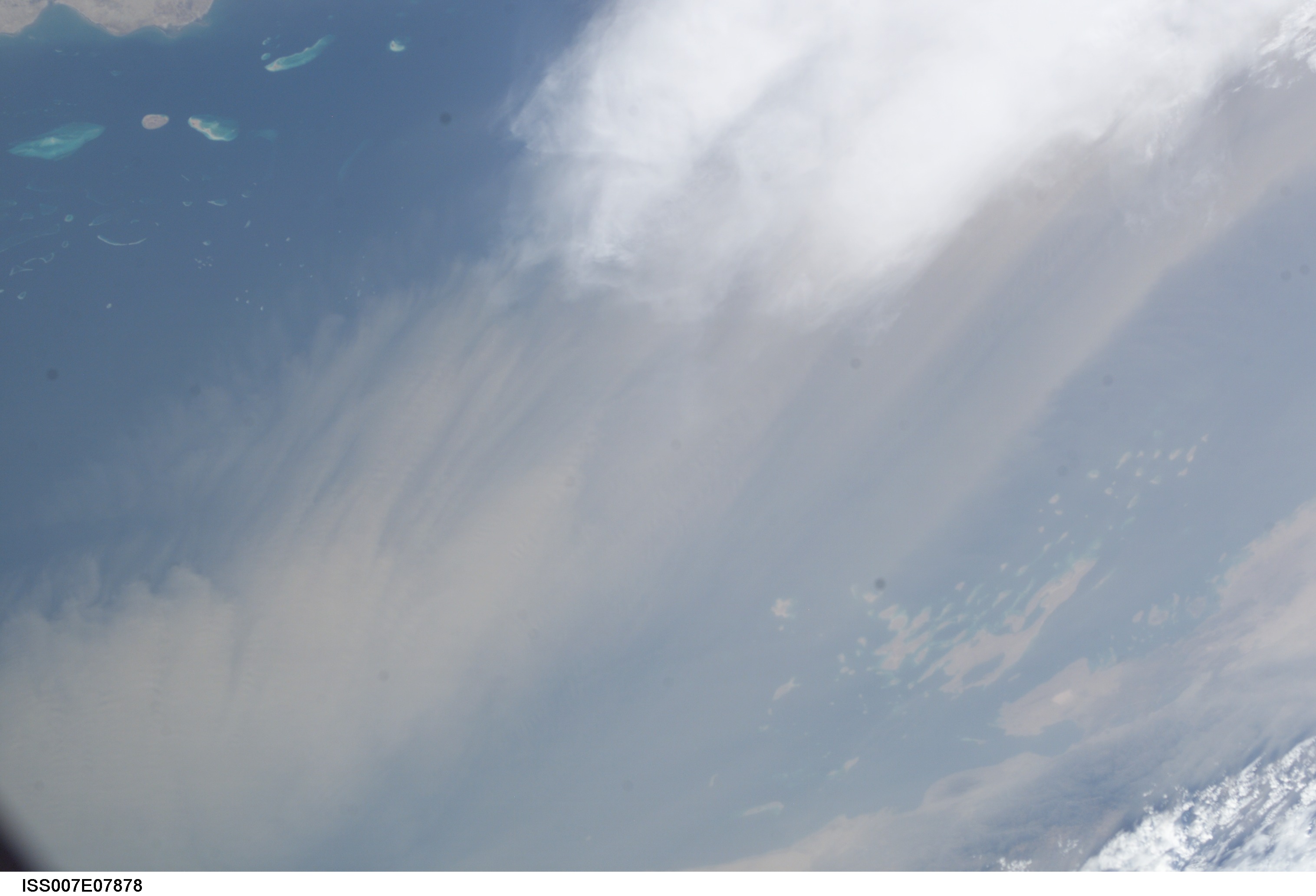 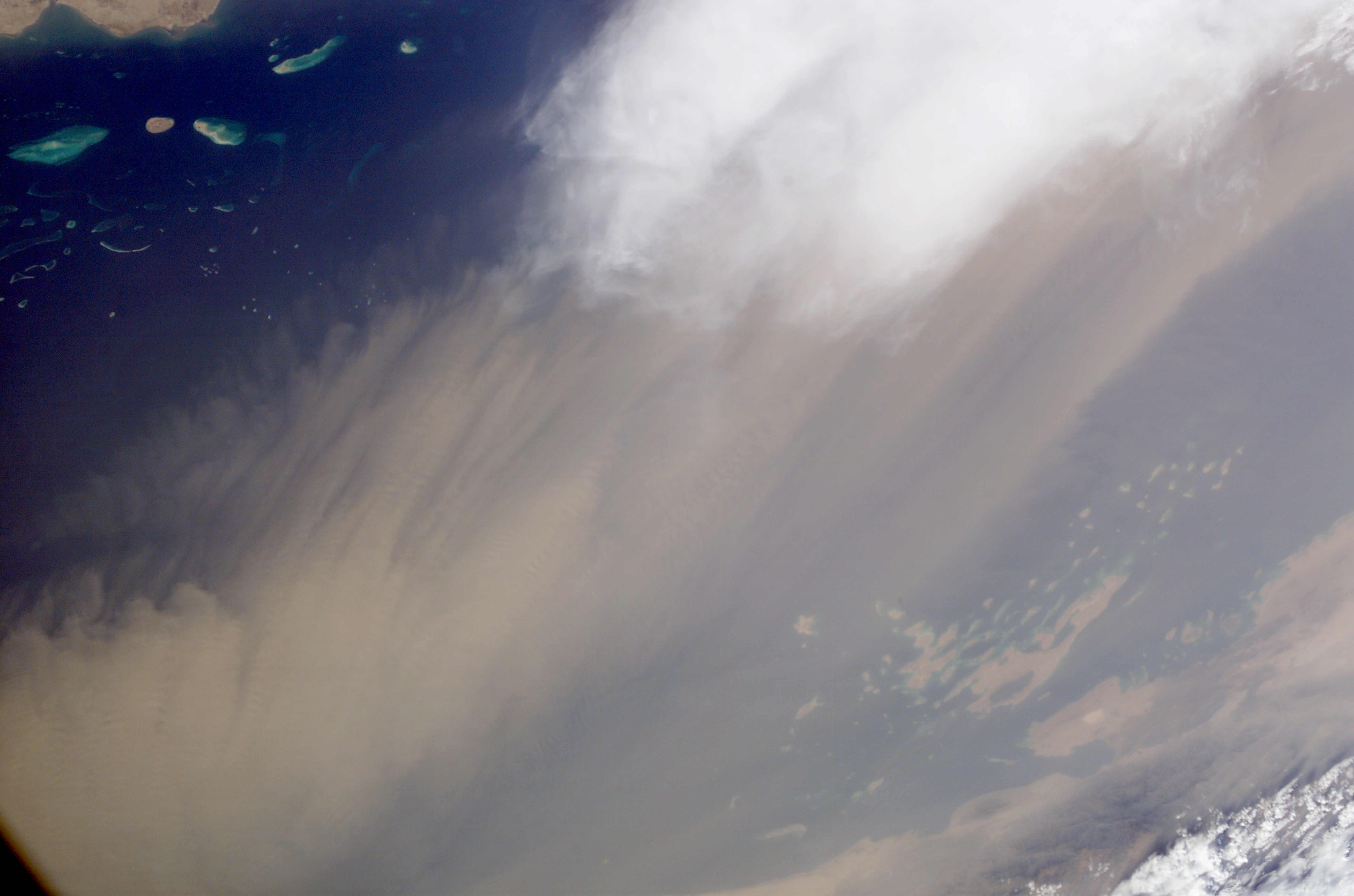 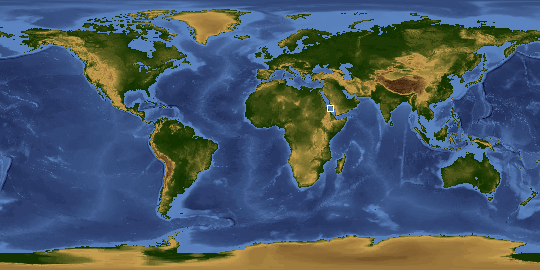 Other options available:
Download Packaged File
Download a Google Earth KML for this Image
View photo footprint information
Image Caption: Which came first, the clouds or the dust? Both clouds and dust can be important factors influencing regional climate, and they are frequently observed together.

In this view taken from the International Space Station, two images were merged to create a mosaic of a dust storm and thunderstorm over the Red Sea. By interpreting the mosaic, we make a guess about which came first.

Saudi Arabia's southernmost coast facing the Red Sea appears in the foreground, and the African side of the Red Sea in Eritrea appears at the top of this view, slightly obscured under a light screen of dust. Wind directions on the day this view was taken (June 22, 2003) are difficult to interpret. Southeasterly flow from the Arabian Sea, related to monsoonal wind fields, seems to be dominant, and probably explains the more distant dust at the top of the view. As the southeasterly winds ascend over the hills that flank that Red Sea (center left), a local thunderstorm has developed. Downdrafts from the dying storm probably generated at least some of the dust seen out over the Red Sea.

It is common to see dust related to thunderstorms in this way. At a broader scale, however, the opposite is more often true: regional dust in the atmosphere tends to reduce cloud development and thus rainfall. The southern Arabian Peninsula is a center of dust generation in global terms and dust clouds are often imaged over the Red Sea by astronauts. Dust is transported in both directions across the Sea, from Arabian and from Saharan sources. Astronaut observations of dust and clouds provide useful information about their interactions.