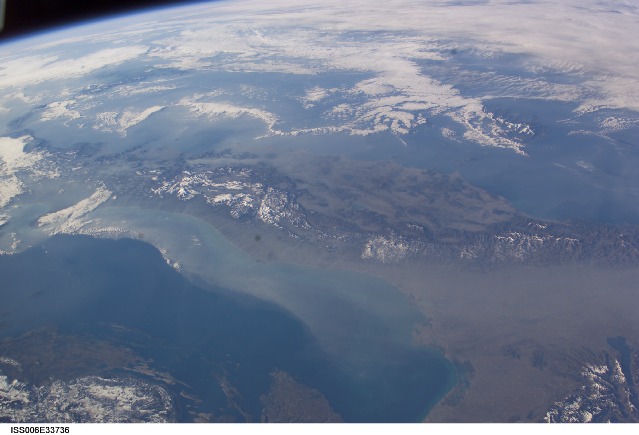 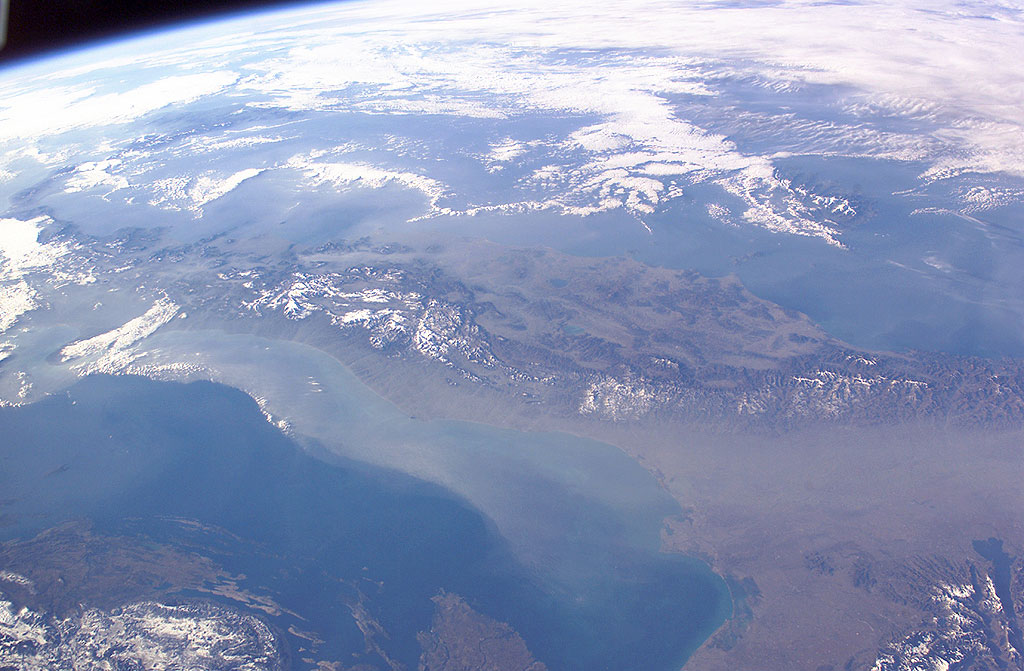 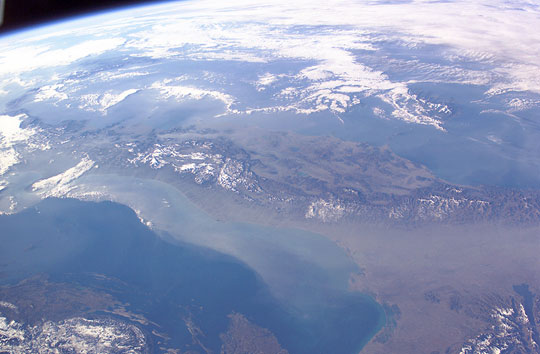 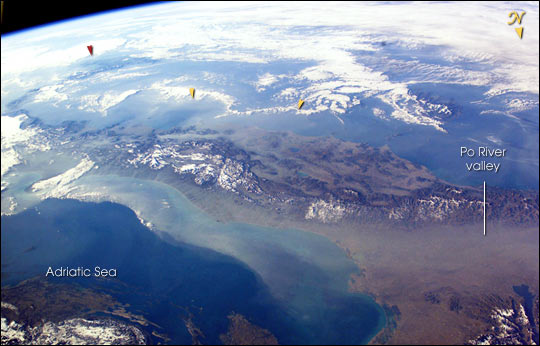 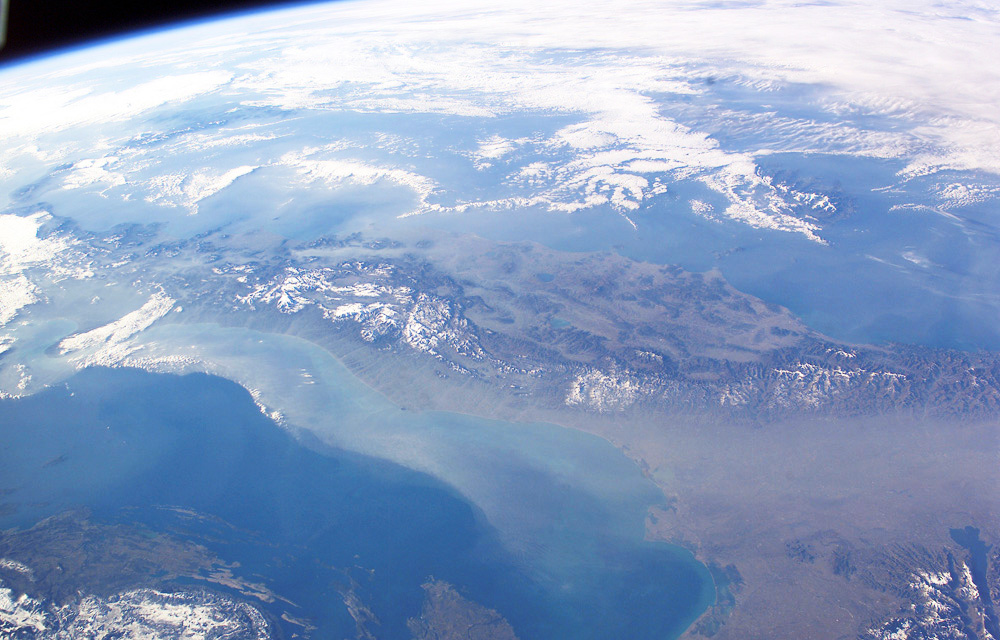 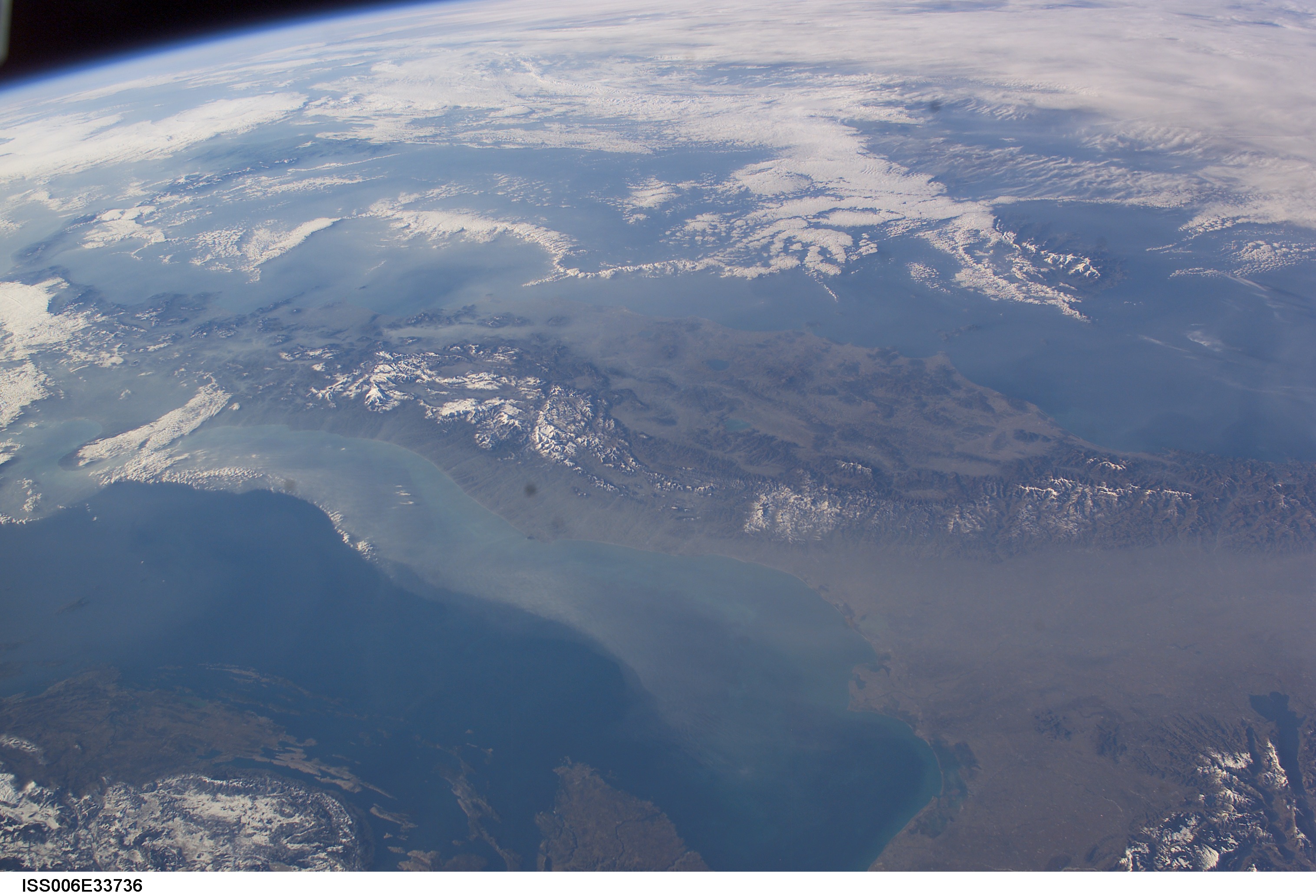 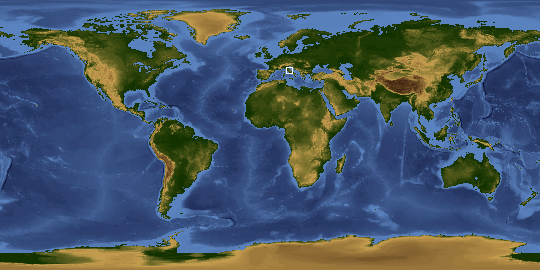 Other options available:
Download Packaged File
Download a Google Earth KML for this Image
View photo footprint information
Download a GeoTIFF for this photo
Image Caption: The boot of Italy crosses the image in this southwest-looking view taken by the crew of the International Space Station. The spine of Italy is highlighted with snow and the largely cloud-covered Mediterranean Sea is at the top. The Adriatic Sea transverses most of the bottom of the image and Sicily appears top left beyond the toe of the boot (red arrow). The heel lies out of the left side of the image. Corsica and Sardinia appear right of center partly under cloud.

The floor of the Po River valley, lower right, is obscured by haze. Experience gained from similar haze events, in which atmospheric pressure, humidity and visibility and atmospheric chemistry were known, suggests that the haze is industrial smog. Industrial haze from the urban region of the central and upper Po valley accumulates to visible concentrations under conditions of high atmospheric pressure and the surrounding mountains prevent easy dispersal. This view illustrates the markedly different color and texture of cloud versus industrial aerosol haze.

The flow pattern is typical of that seen on most Shuttle flights since the early 1980s and often recorded on film, that is of slow transport of the smog-rich airmass eastward into the Adriatic basin. This is the easiest and largest exit for haze moving away from the industrial region. The sharp seaward edge of the coherent plume of haze parallels the coastline of Italy--the coast can be discerned through the haze, from Venice (lower right) as far as the Gargano Peninsula (left margin, partly hidden under cloud). Note how there is sufficient lift along this seaward edge to generate a small cloud.

There appears to be a smaller haze mass accumulating on the east side of the Apennines between Naples and Cassino (yellow arrows).