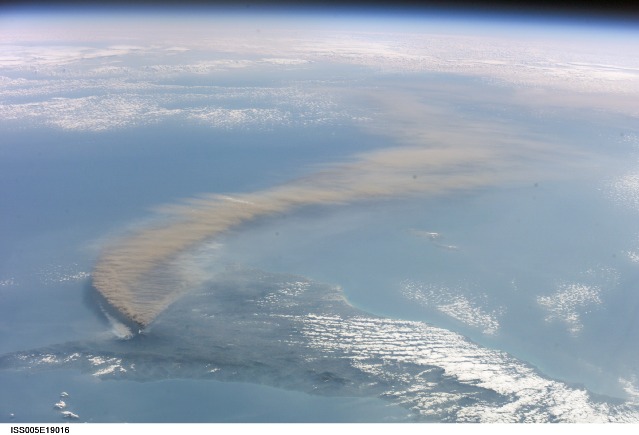 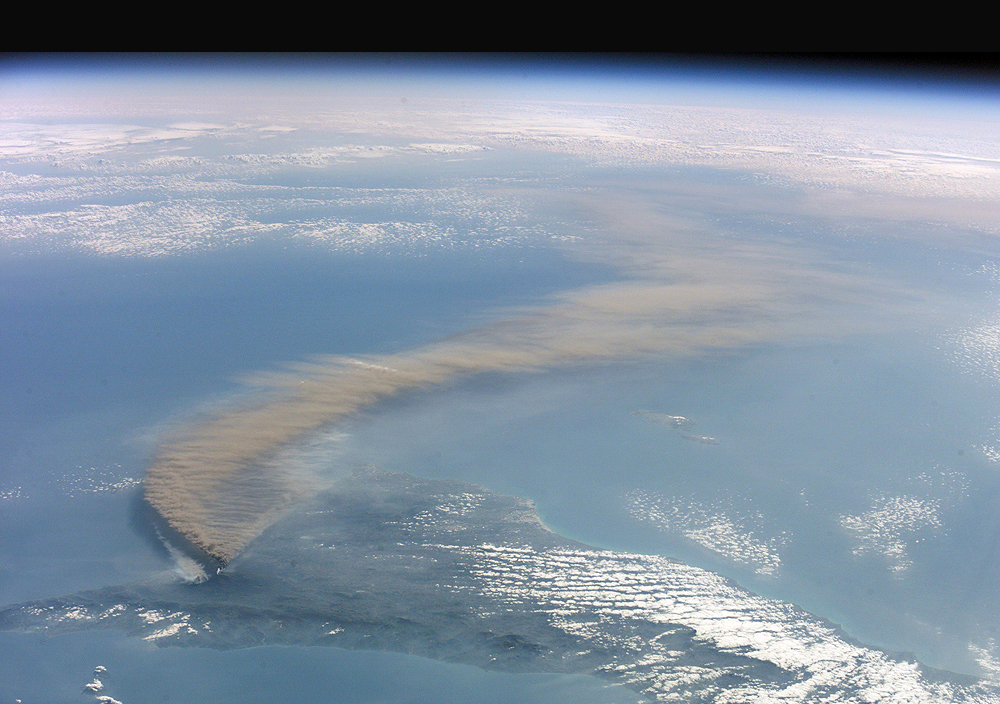 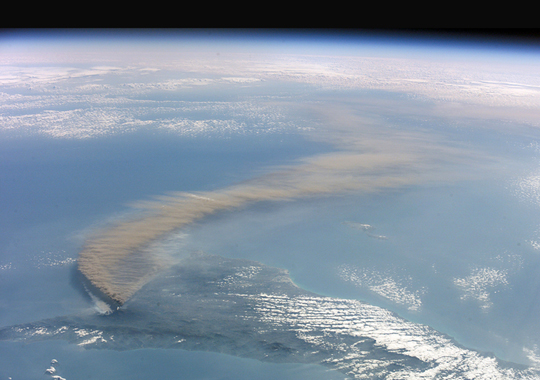 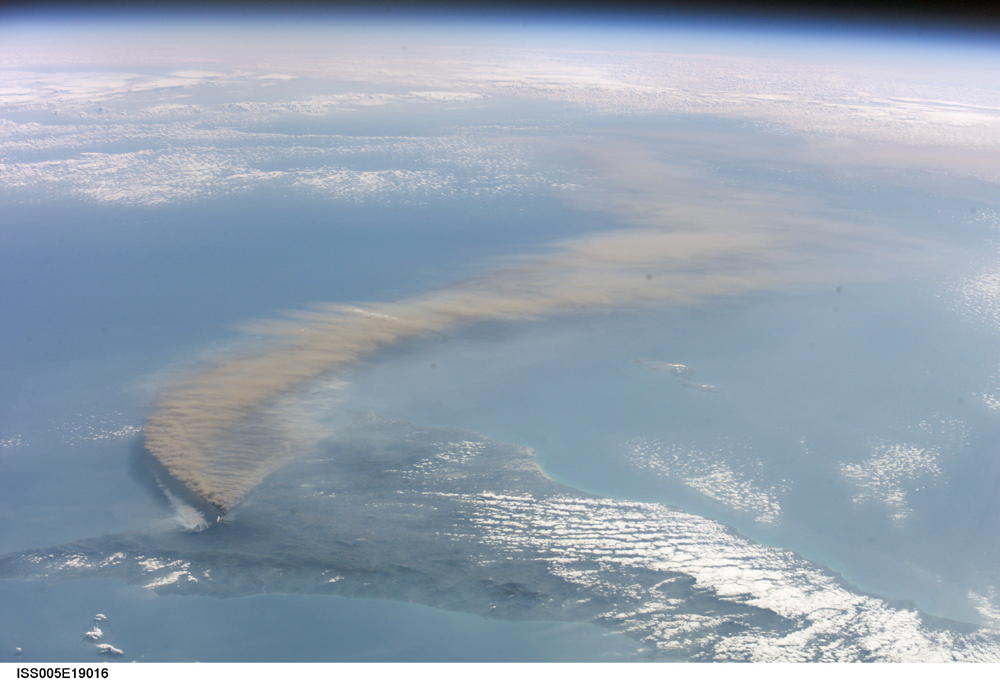 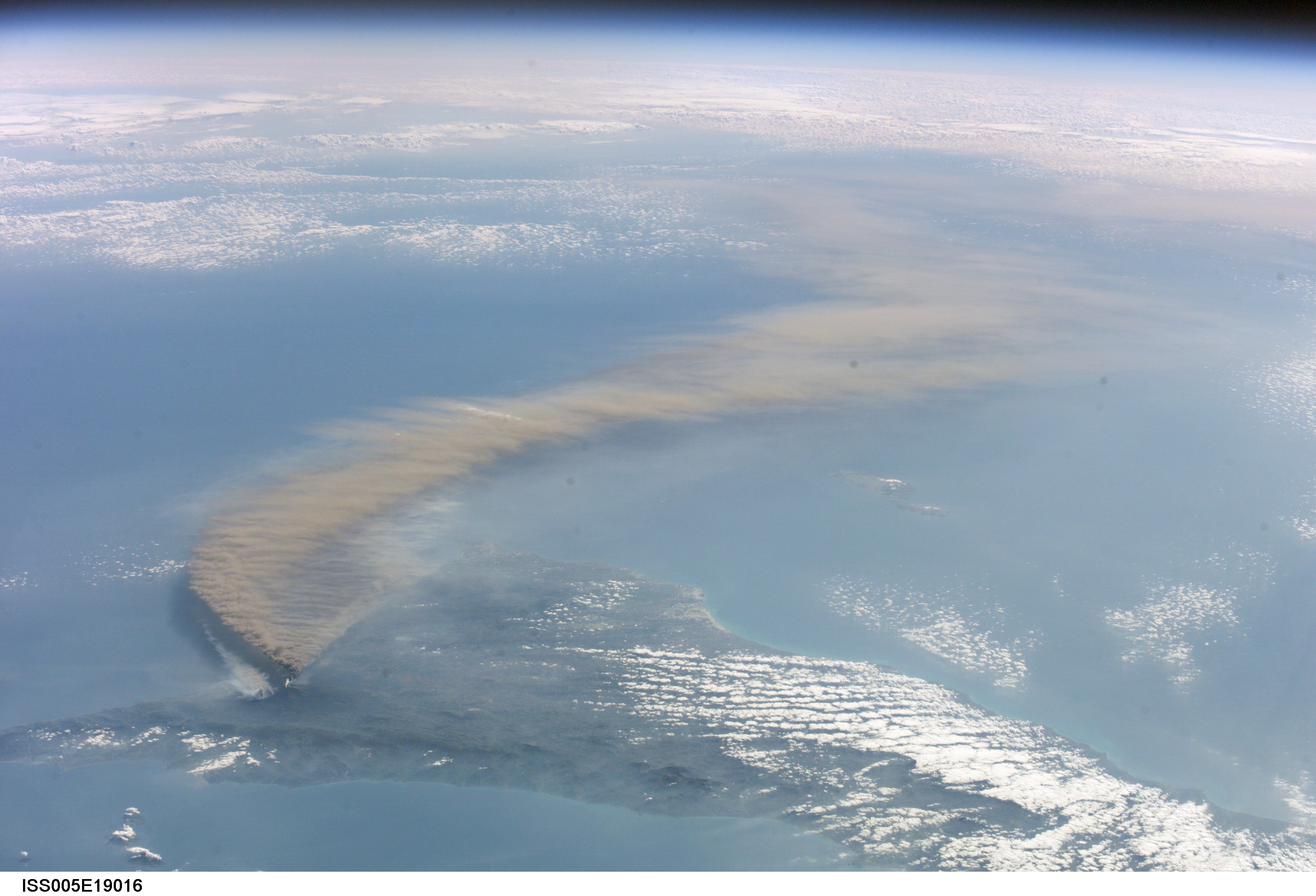 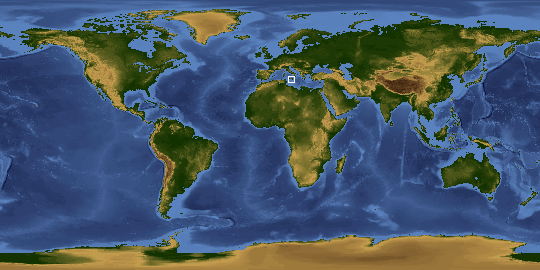 Other options available:
Download Packaged File
Download a Google Earth KML for this Image
View photo footprint information
Image Caption: International Space Station crew members are trained to observe and document dynamic events on the Earth's surface, such as hurricanes, forest fires, and volcanic eruptions. Their observations provide scientists and the general public a different perspective on these events. Earlier this week, astronauts in the crew of the ISS-5 mission were able to observe Mt. Etna's spectacular eruption, and photograph the details of the eruption plume as well as smoke from fires triggered by the lava as it flowed down the 11,000-foot mountain. Both of these images are looking obliquely to the southeast over the island of Sicily. The wide view (ISS005-E-19016) shows the ash plume curving out toward the horizon, caught first by low-level winds blowing to the southeast, and to the south toward Africa at higher altitudes. Ashfall was reported in Libya, more than 350 miles away. The lighter-colored plumes downslope and north of the summit (see detailed view, ISS005-E-19024) are produced by forest fires set by lava flowing into the pine forests on the slope of the mountain. The detailed image provides a more three-dimensional profile of the eruption plume.