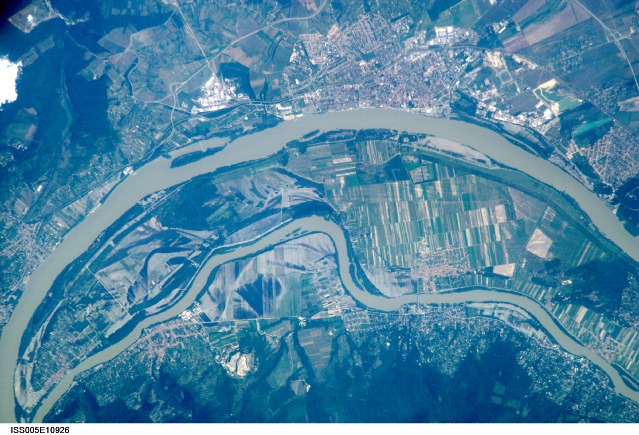 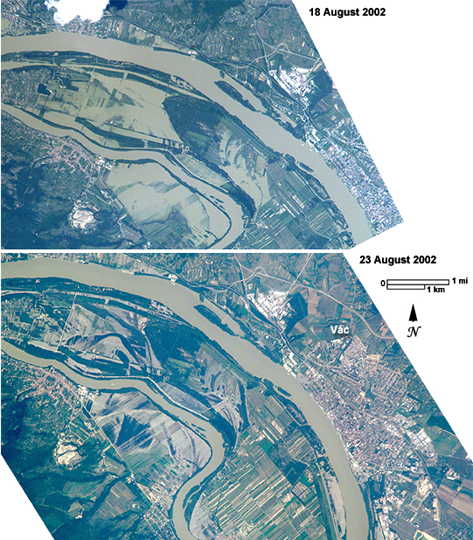 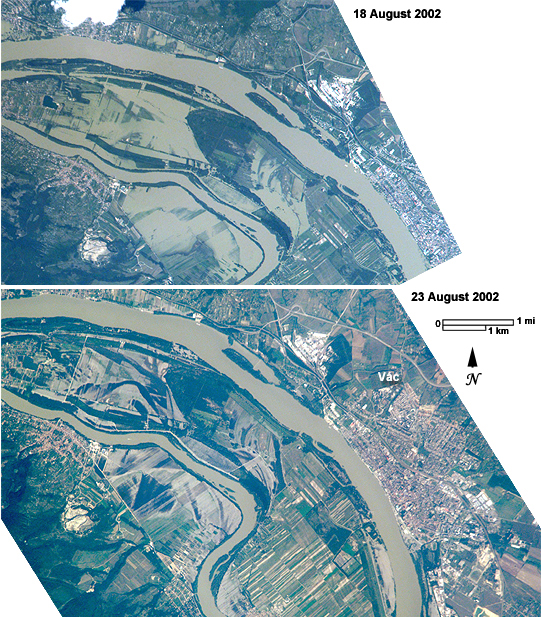 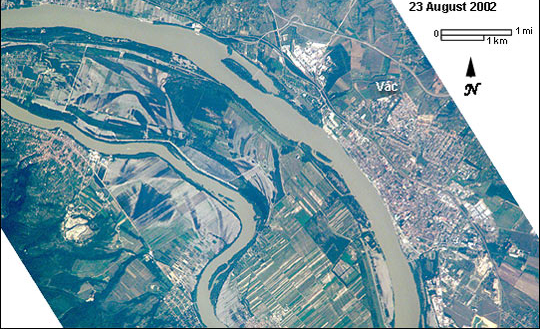 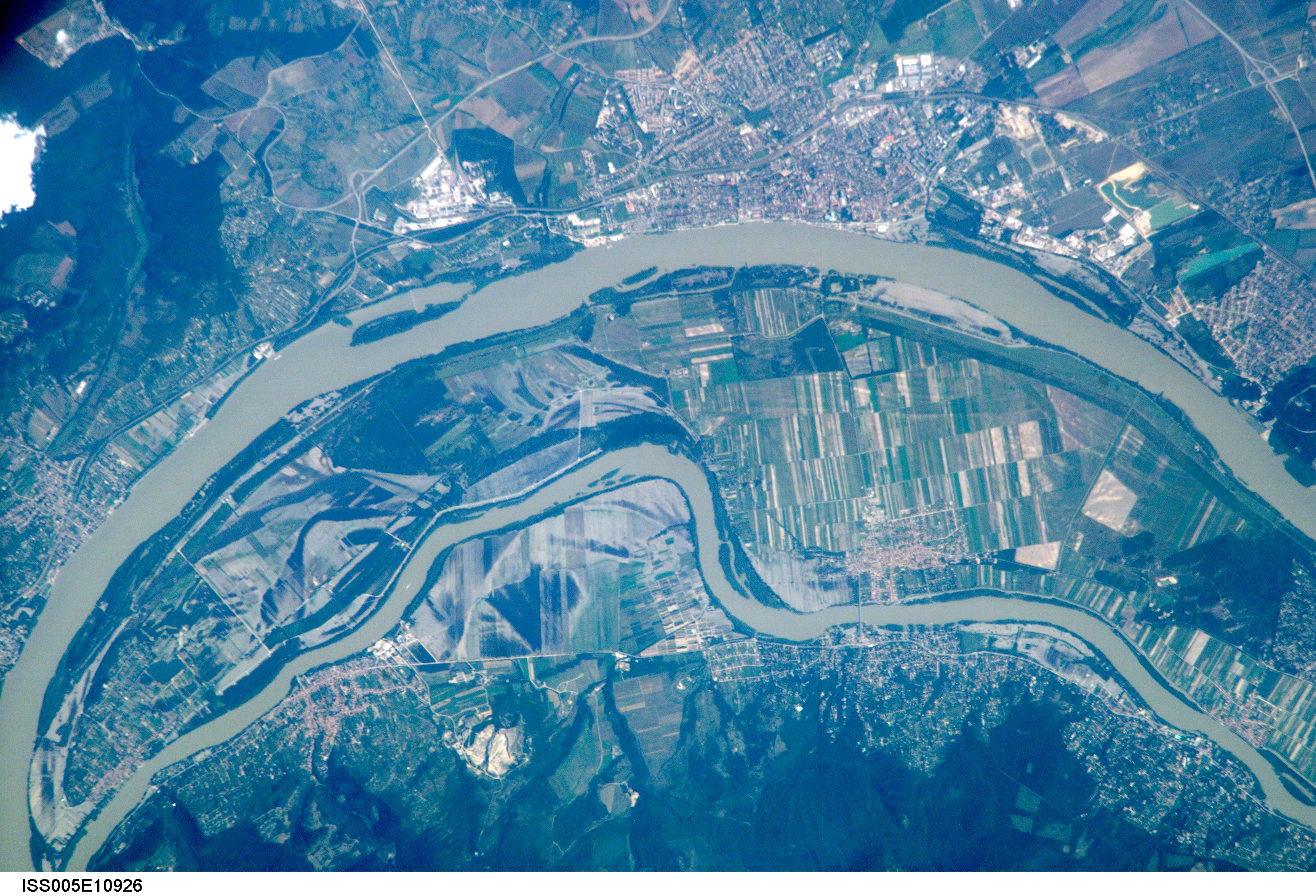 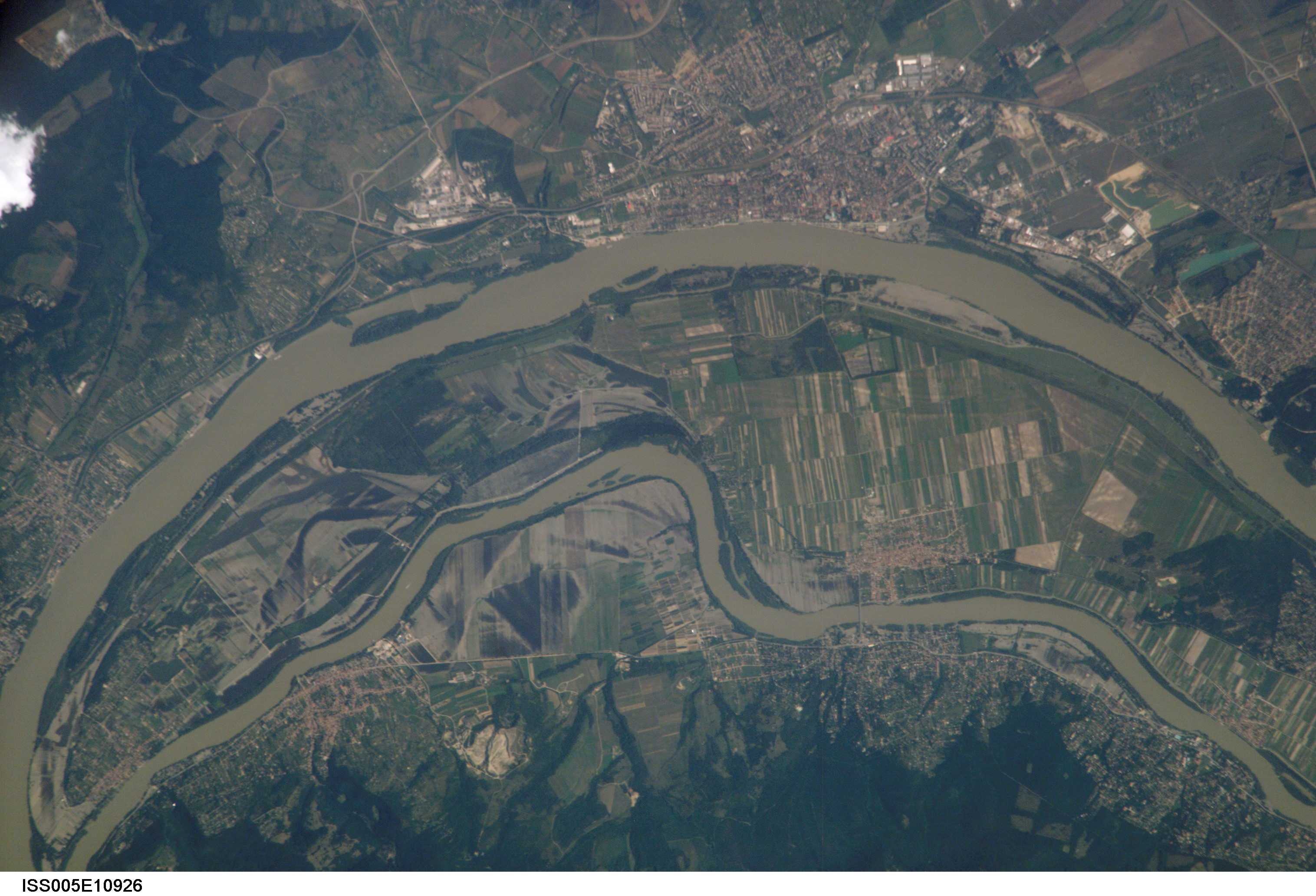 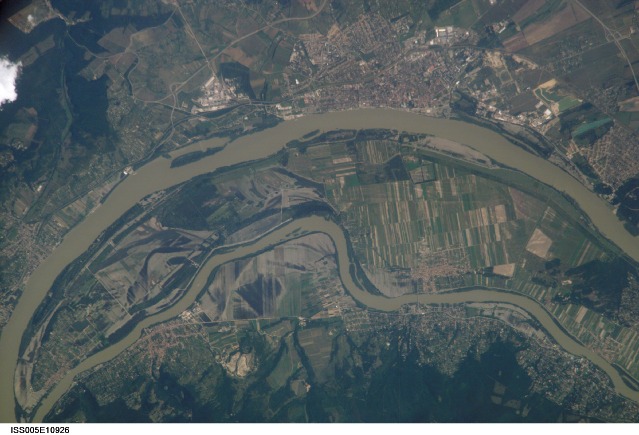 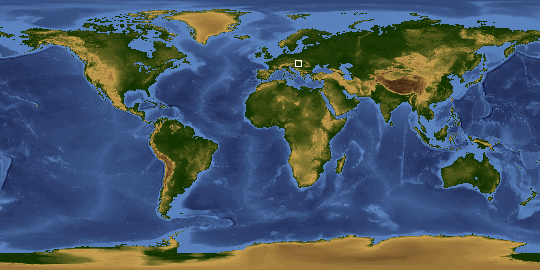 Other options available:
Download Packaged File
Download a Google Earth KML for this Image
View photo footprint information
Image Caption: This image shows some of the devastating European flooding were captured by astronauts onboard the International Space Station. The photograph shows flooding around the Danube Bend area just north of Budapest near the city of Vac, Hungary. The flood peaked in Budapest on August 19 at about 8.5 m (28 ft), exceeding the previous 1965 flood record. The image shows the waters inundating farmland in the flood palain and then receding, when in comparison to ISS005-E-10000.