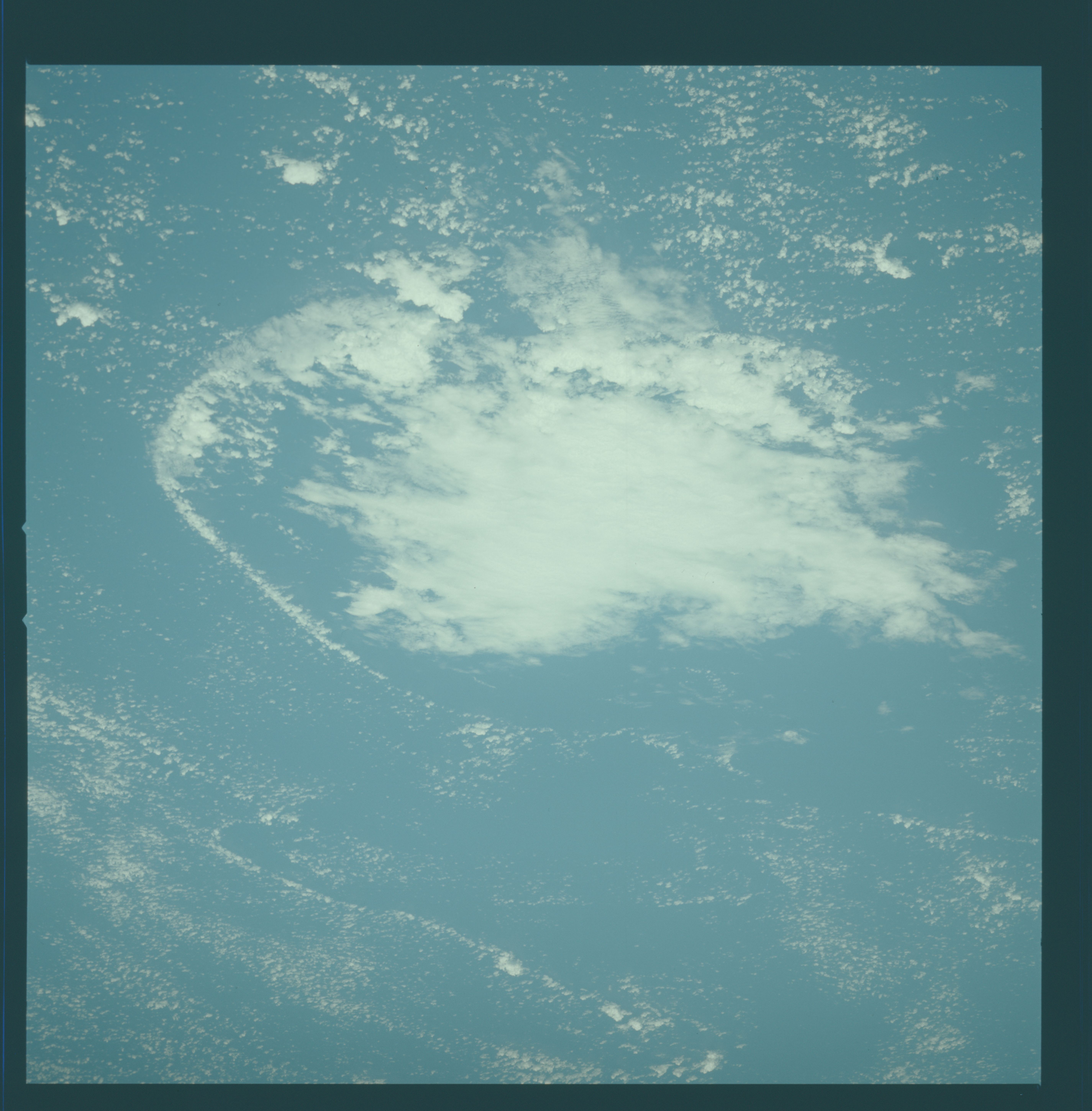 The deflated, disorganized shape of the major storm cloud and lack of convective activity indicates that the storm is dissipating. The dissipating phase is dominated by the downdraft of evaporatively cooled air sinking fast to the surface and then spreading horizontally outwards. The arc cloud is associated with the edge of the down draft. Here the cool air from the outflow is seen meeting the moist lower-level air, forcing the moist air to rise and thus renewing the cycle of convestion. The 50 mm lens allowed the entire storm structure to be captured on a single frame. (From Black, 1979.)