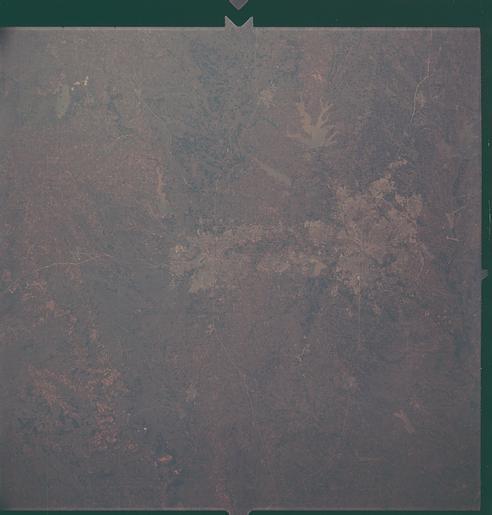 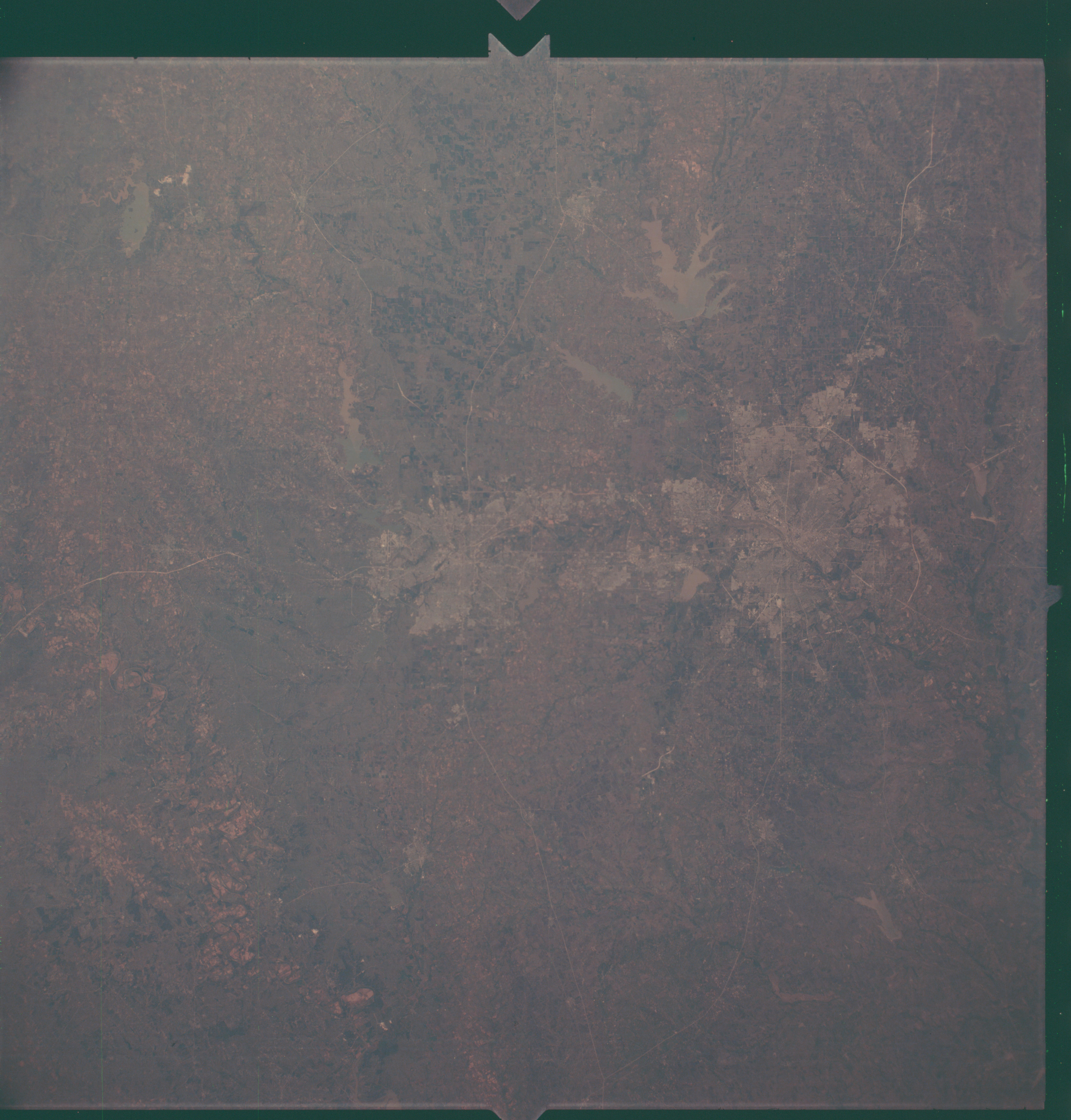 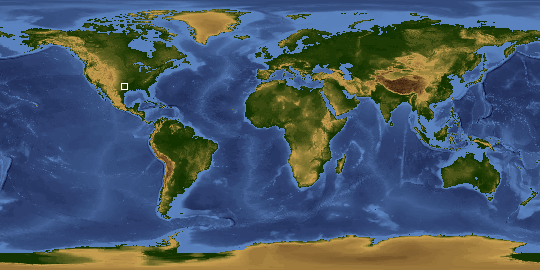 Other options available:
Download Packaged File
Download a Google Earth KML for this Image
View photo footprint information
Download a GeoTIFF for this photo
Image Caption: Fort Worth and Dallas in 1968. Part of a vertical stereo strip, Maurer camera (70mm).


View of the Dallas-Fort Worth, Texas area as photographed from the Apollo 6 (Spacecraft 020/Saturn 502) unmanned space mission. The highway and expressway system in and around both cities is clearly visible. North is toward left side of picture. Grapevine Reservoir and Garza-Little Elm Reservoir are to the north-west of Dallas. The city of Denton can be seen in left center of picture at conjunction of highways leading to both Fort Worth and Dallas. The Brazos River is in lower right corner. This photography was made three hours and nine minutes after liftoff of the Apollo 6 space flight.