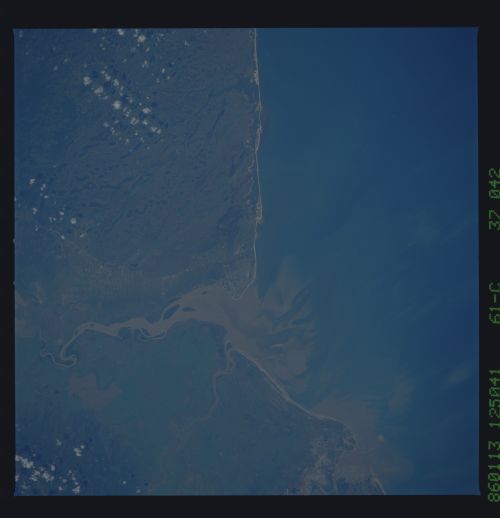 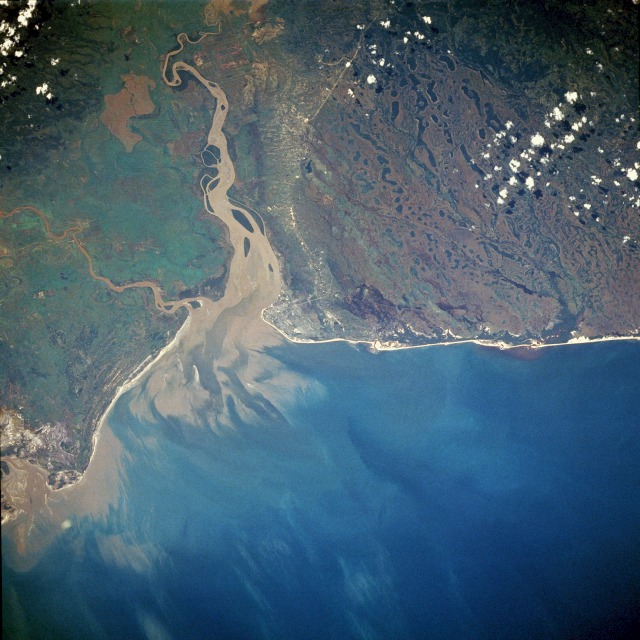 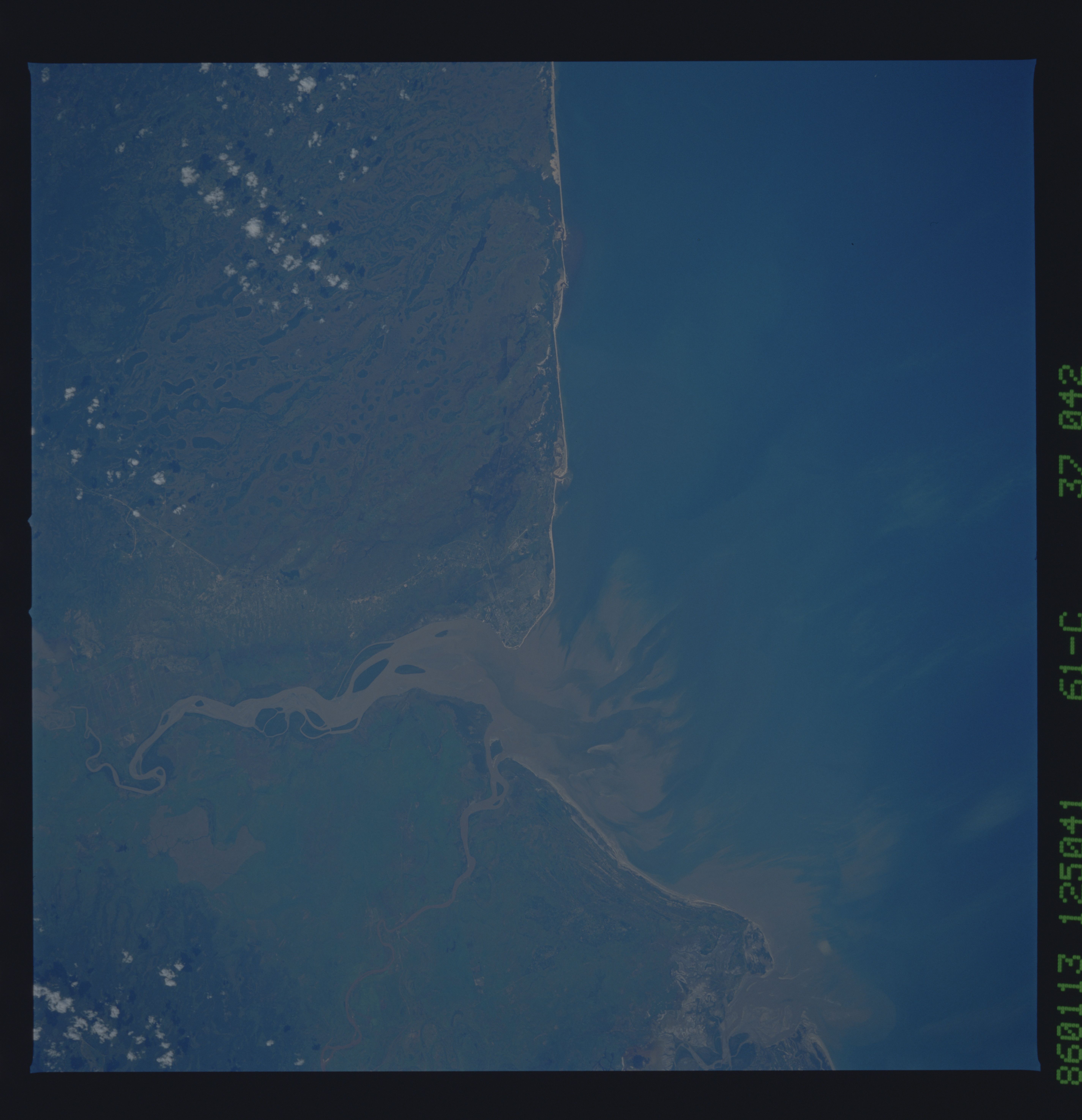 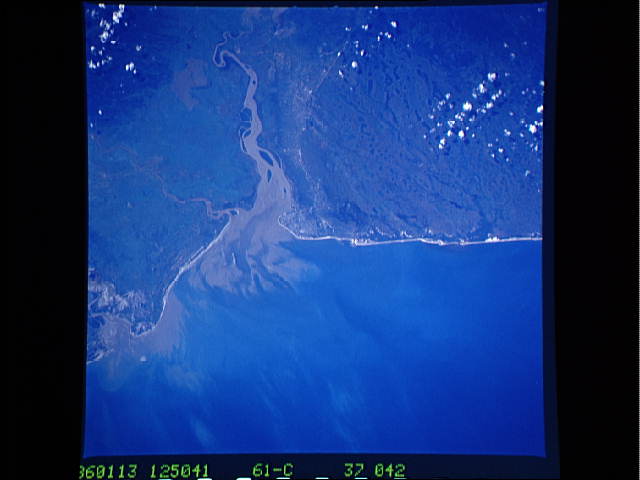 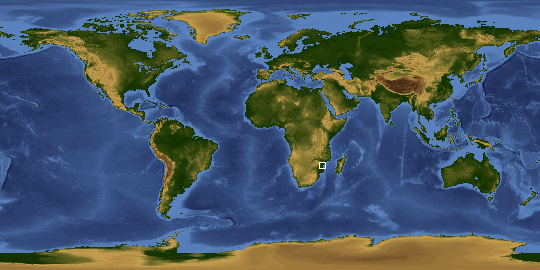 Other options available:
Download Packaged File
Download a Google Earth KML for this Image
View photo footprint information
Image Caption: STS61C-37-0042 Beira, Mozambique January 1986
Beira, a beach resort and a major commercial city for this region, is visible at the center of this near-vertical photograph. The city, with a population of more than 370 000, has a good railroad system that helps promote this city as a terminus for external trade for the two landlocked countries of Malawi and Zimbabwe. The large sediment plume that enters the Mozambique Channel south of Beira shows that a substantial quantity of suspended waterborne materials is being carried by the Pungüe River--and to a lesser extent by the smaller Buzi River. The landscape both north and south of the Pungüe River is relatively flat and drains poorly. Many lakes and the older interconnected stream channels north of the city have created a large area of swamps and marshes.