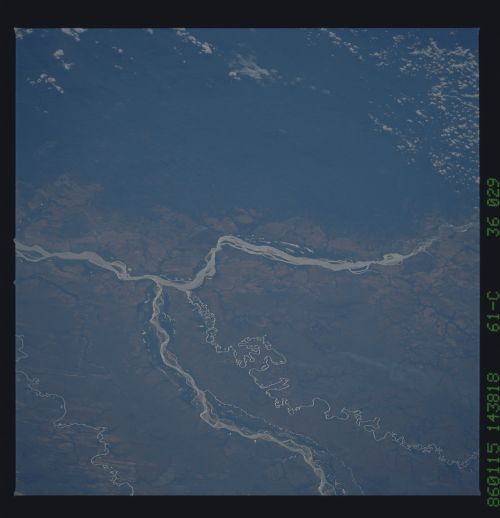 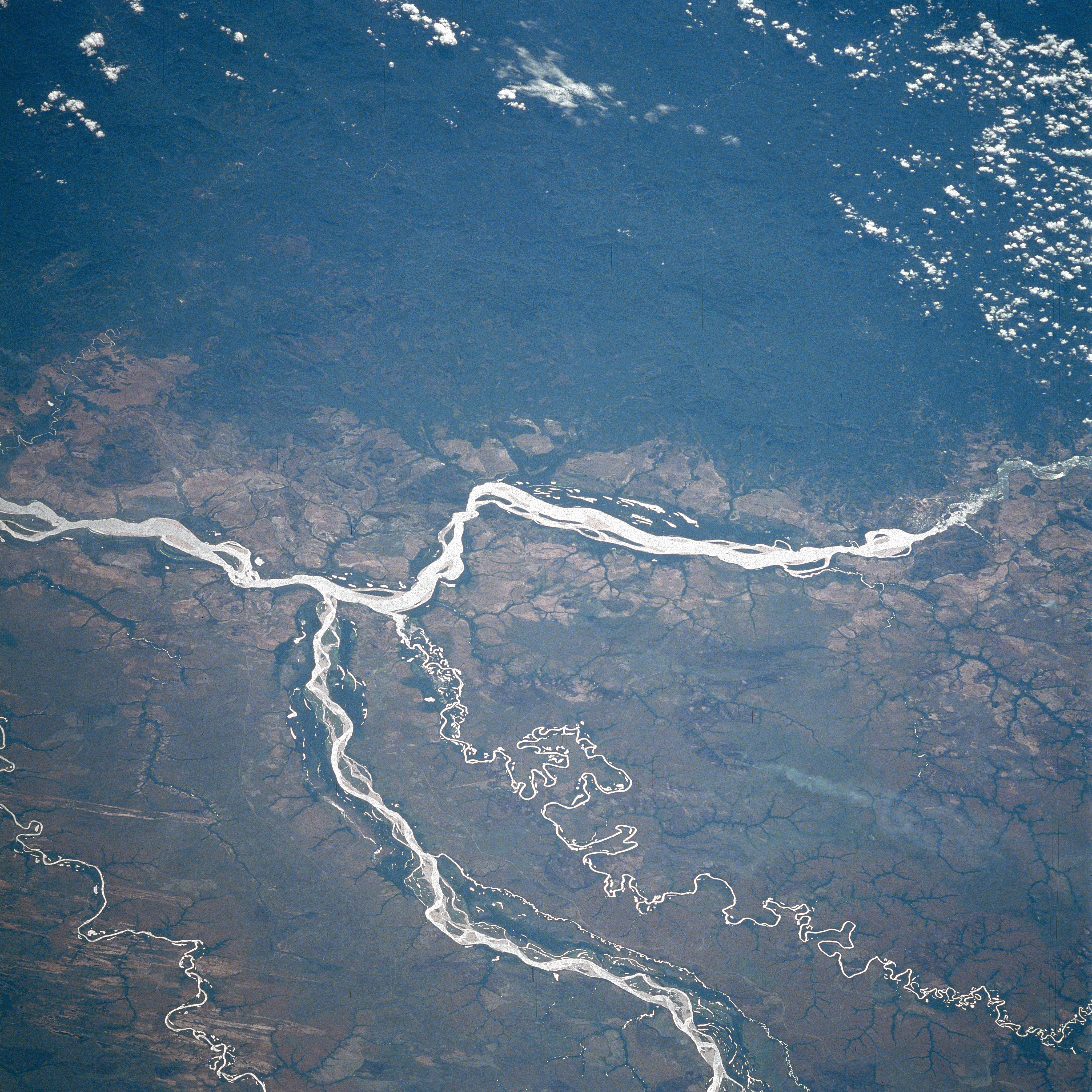 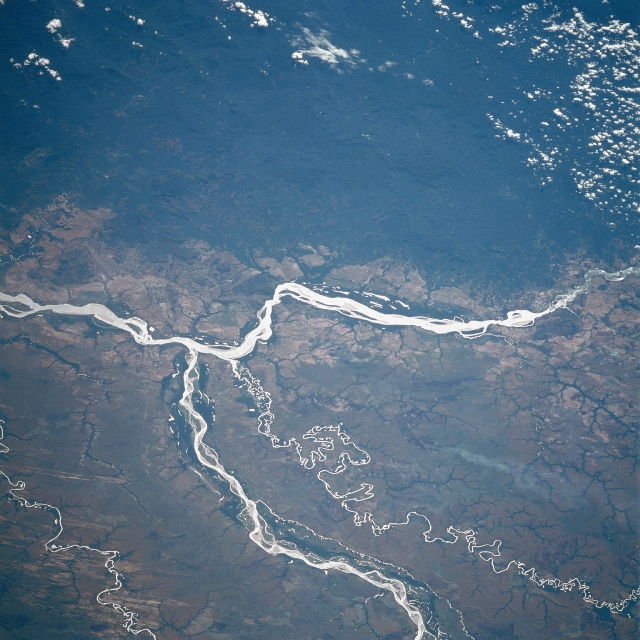 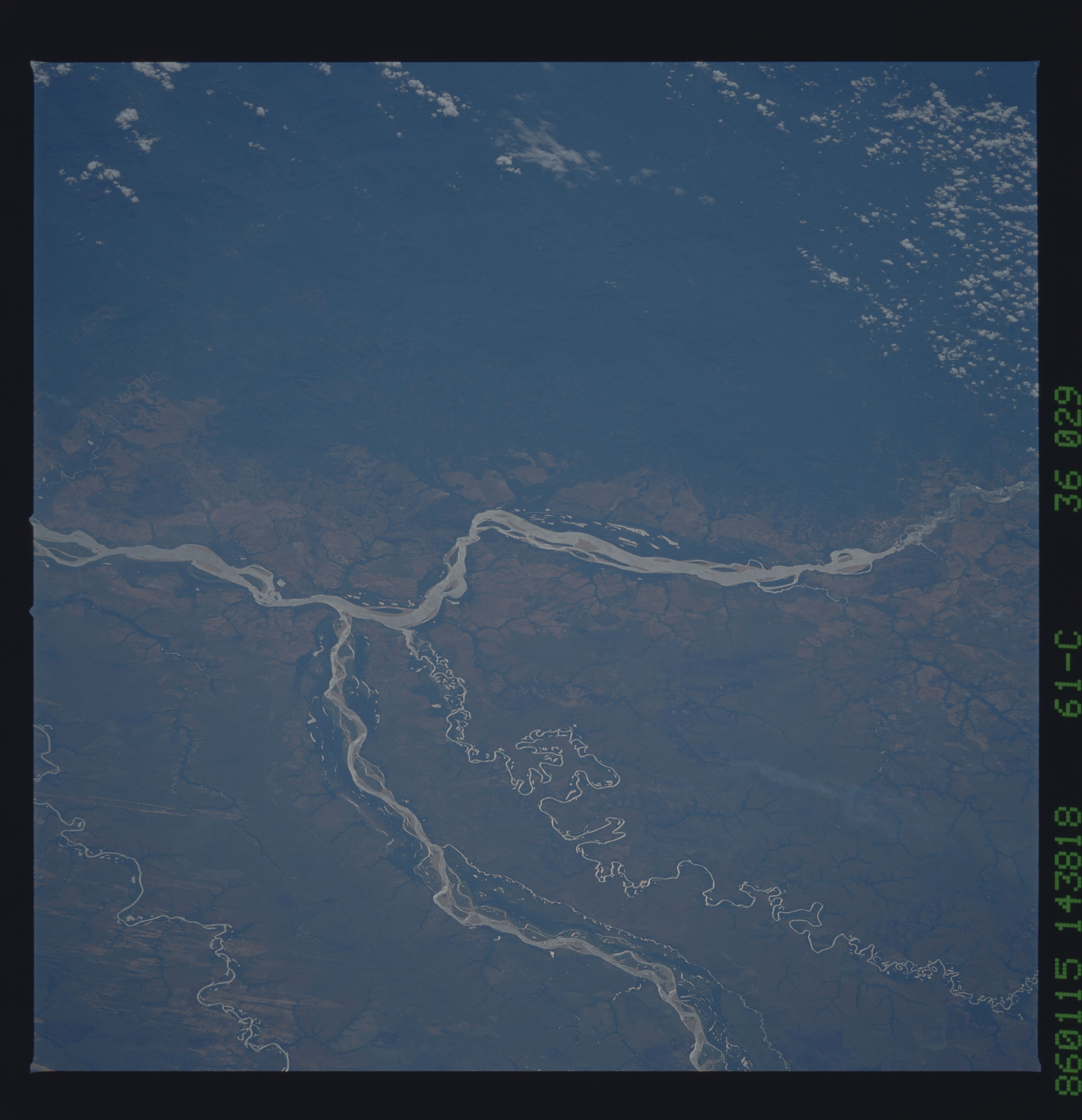 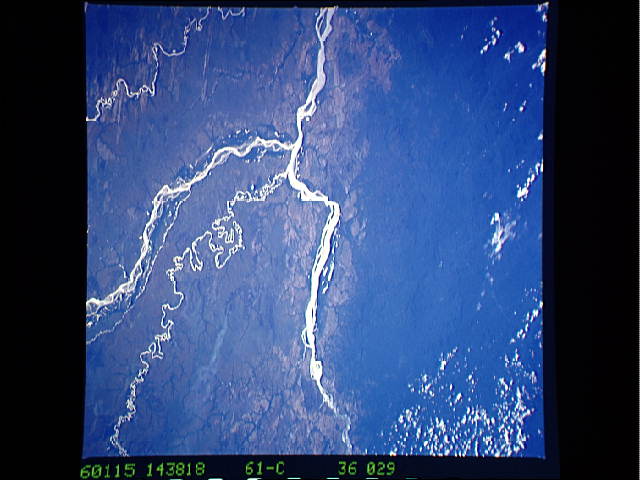 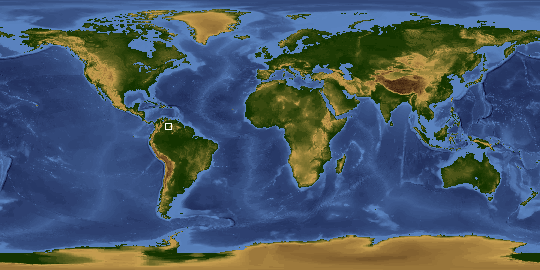 Other options available:
Download Packaged File
Download a Google Earth KML for this Image
View photo footprint information
Image Caption: STS61C-36-0029 Orinoco, Meta Rivers, Colombia and Venezuela January 1986
The Orinoco, South America's second longest river extends from right to left across this southeast-looking view. With its headwaters not located until the early 1950's, the river now is estimated to be between 1500 and 1700 miles (2415 to 2735 km) long, making it the eighth longest river in the world. In this scene, the Orinoco skirts the heavily forested Paraguaza Range (upper portion of the image) of the western Guiana Highlands. Entering the scene near the bottom center, the Meta River joins the Orinoco just to the left of center of the image and forms part of the border between Colombia (right or south of the river) and Venezuela (left or north of the river). The small-meandering Bita River is also visible just to the south (right) of the Meta River. A large smoke plume is noticeable to the south (right) of the Bita River.