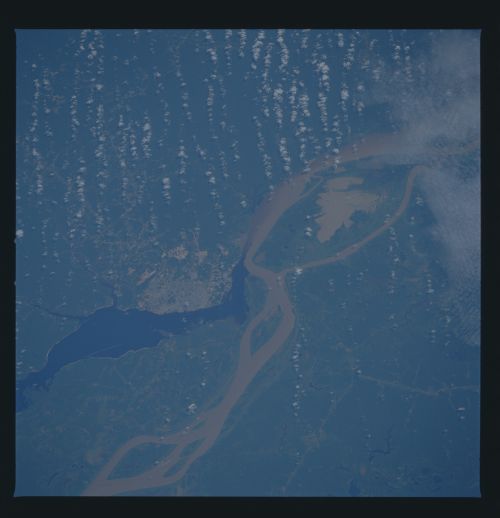 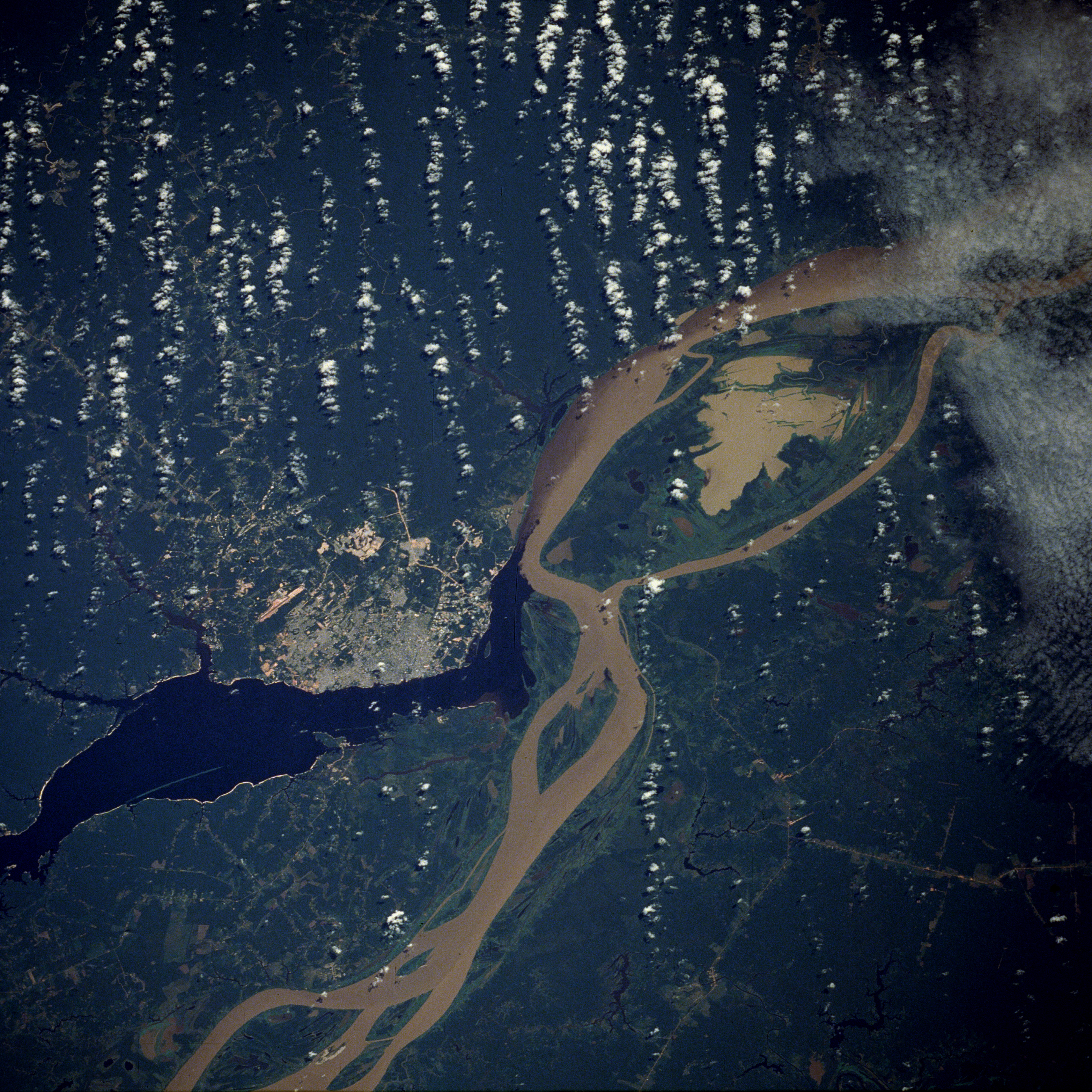 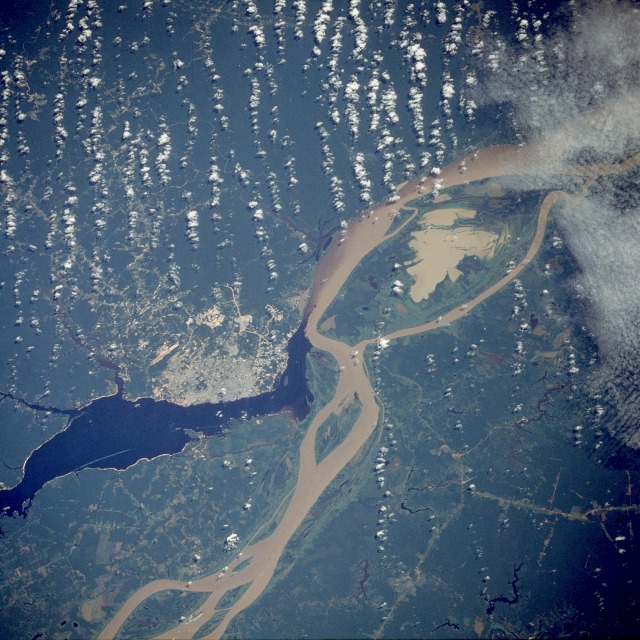 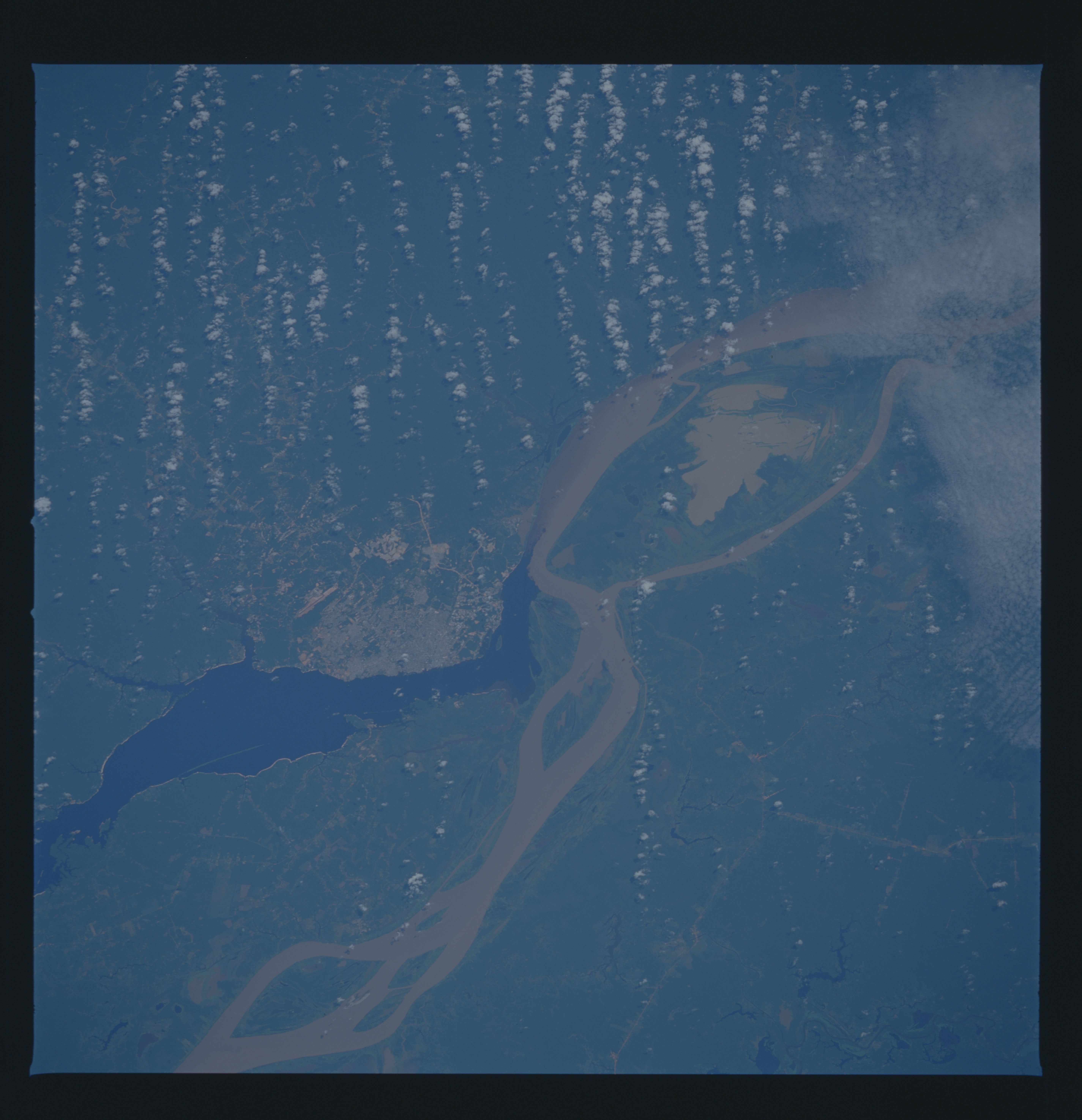 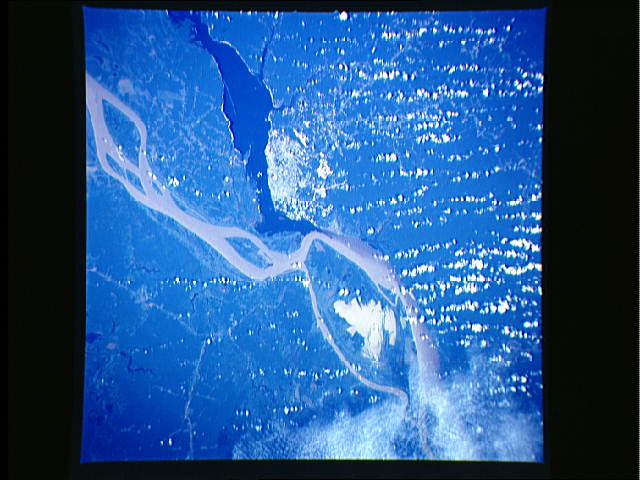 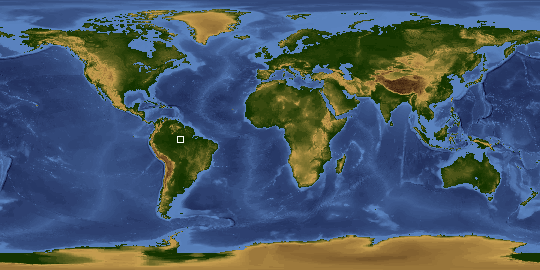 Other options available:
Download Packaged File
Download a Google Earth KML for this Image
View photo footprint information
Image Caption: STS61C-33-84 Manaus, Amazonas, Brazil January 1986
Two rivers and an urban area dominate this photograph. The largest city in the Amazon Basin, Manaus (with a 1994 population of 1.7 million), is located at the confluence of the Rio Negro (dark blue) and the Amazon River (lighter because of its high sediment content). The combined river flows eastward into the Atlantic Ocean. Situated approximately 800 miles (1290 kilometers) from the mouth of the Amazon River but accessible to oceangoing ships, Manaus is an important river port. This port city started to flourish in the late 1800s when the rubber boom was at its peak. Rubber, Brazil nuts, lumber, and assorted fruits are exported. In recent years, renewed interest in general development and the discovery of oil and manganese near Manaus have brought new importance to the city. A number of highways (linear, light-colored features), as well as a large commercial airport north of the city, are visible in the rain forest north and south of Manaus. North-south ground transportation is hindered because no bridges cross the Rio Negro or Amazon River. A large, sediment-laden lake (note irregular shoreline) is located east of Manaus between the main channel of the Amazon River and a smaller channel to the south.