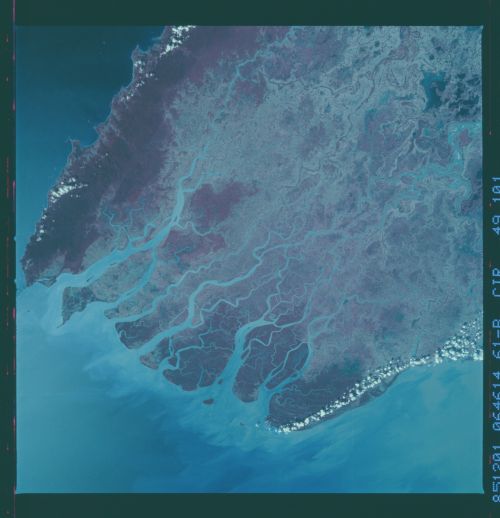 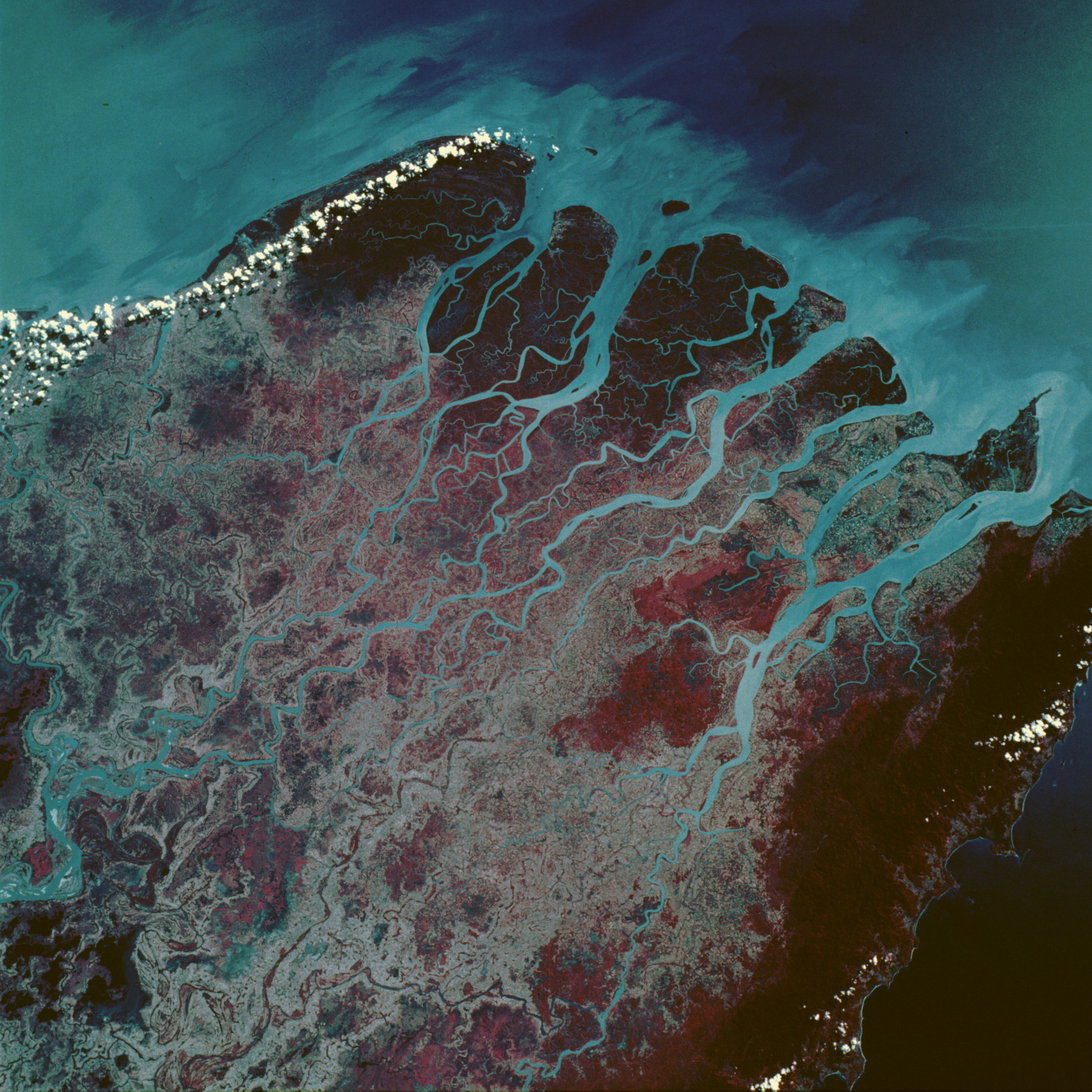 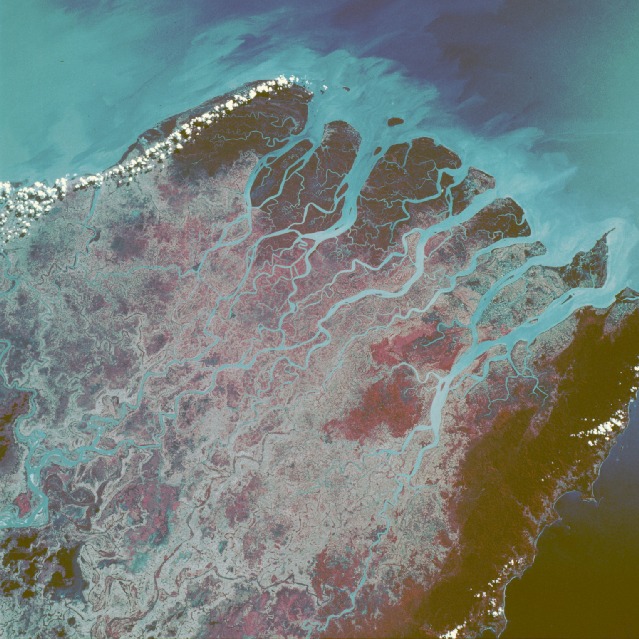 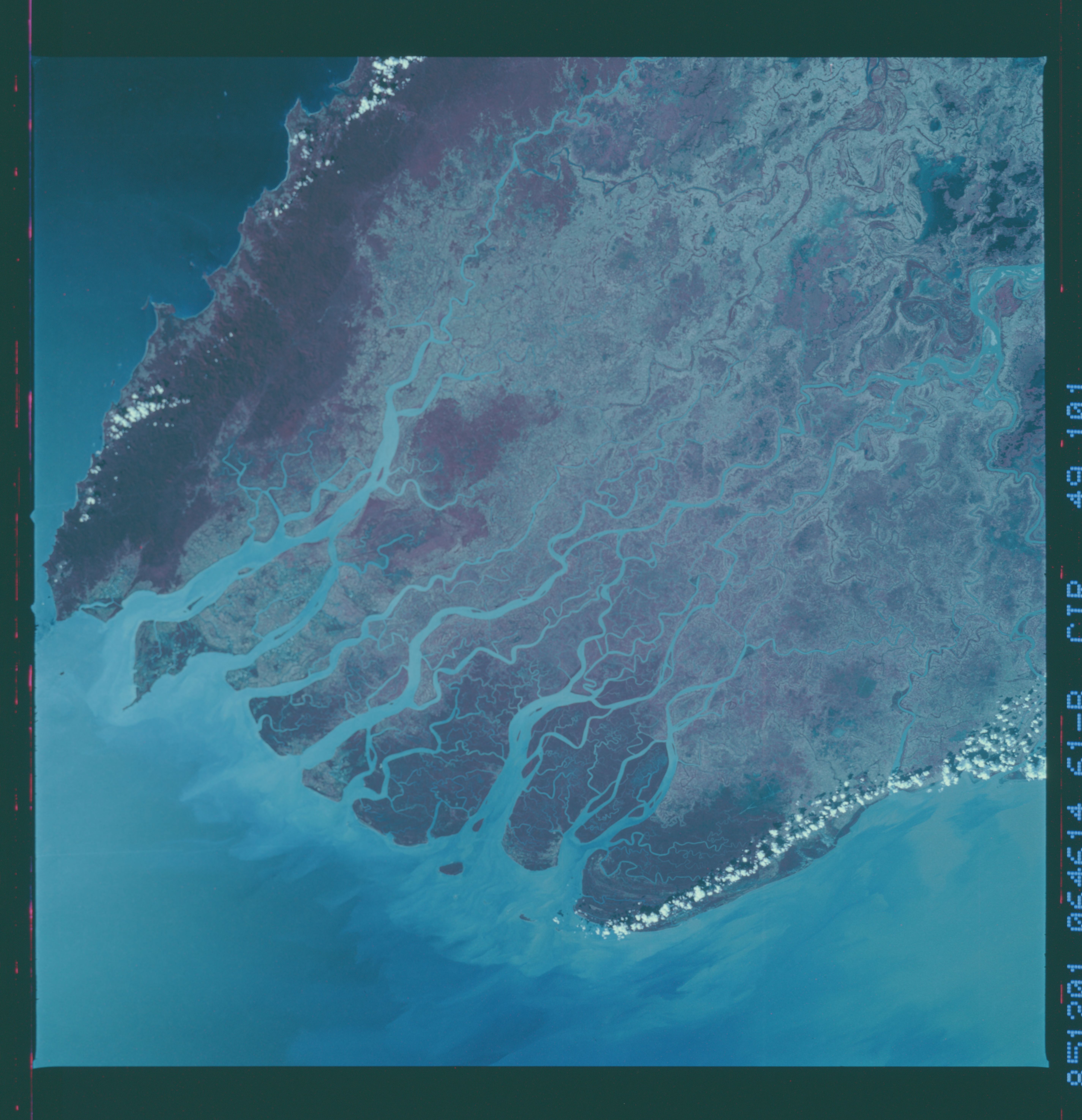 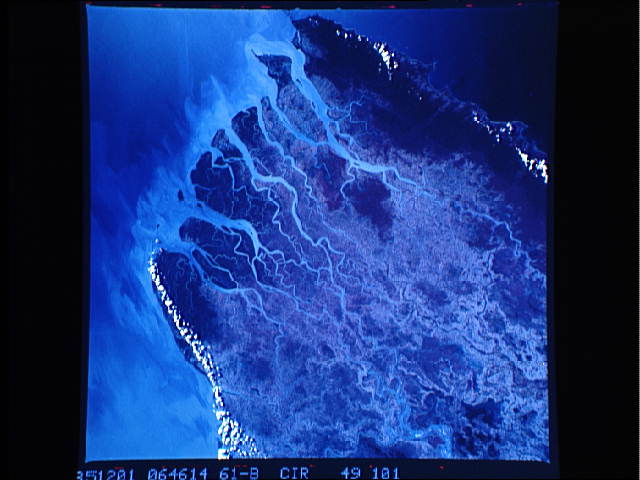 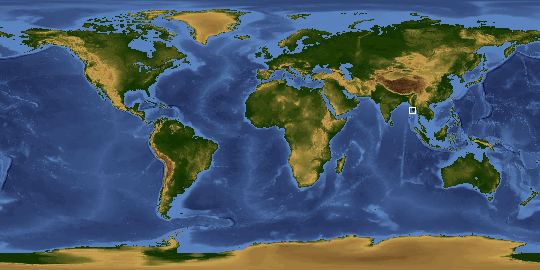 Other options available:
Download Packaged File
Download a Google Earth KML for this Image
View photo footprint information
Download a GeoTIFF for this photo
Image Caption: STS61B-49-0101 Mouths of the Irrawaddy River, Burma (Myanmar) November 1985
Infrared film helps accentuate plant growth and sediment accumulations in this near-vertical photograph of the numerous mouths of the Irrawaddy River in western Burma. The Irrawaddy Delta, one of the world's great rice-producing regions, consists of fertile river mud and sand deposited during the last 2 million years. The southernmost extent of the low, forested Arakan Yoma Mountain Range can be seen along the western edge of the photograph. This north-south trending mountain range is usually well watered by the summer monsoons that severely impact the environments of Bangladesh and northeastern India. The deep reds indicate a healthy forest region that is wholly dependent on the summer monsoons for its major precipitation, to the extent that the area is classified as a monsoon rain forest. The deep reds at the southern end of the multichanneled delta reflect large mangrove forests. The light blues show the sediment plumes within the stream channels extending southward into the Andaman Sea.