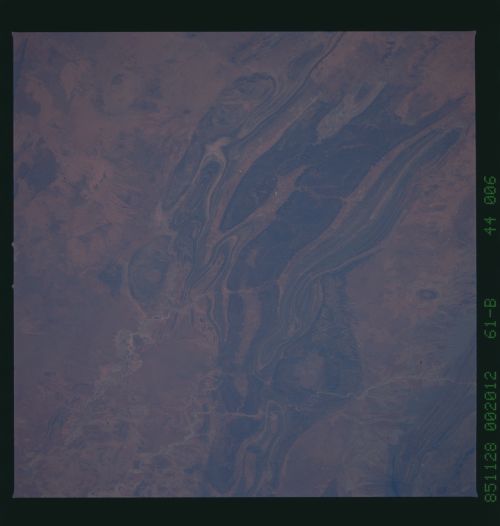 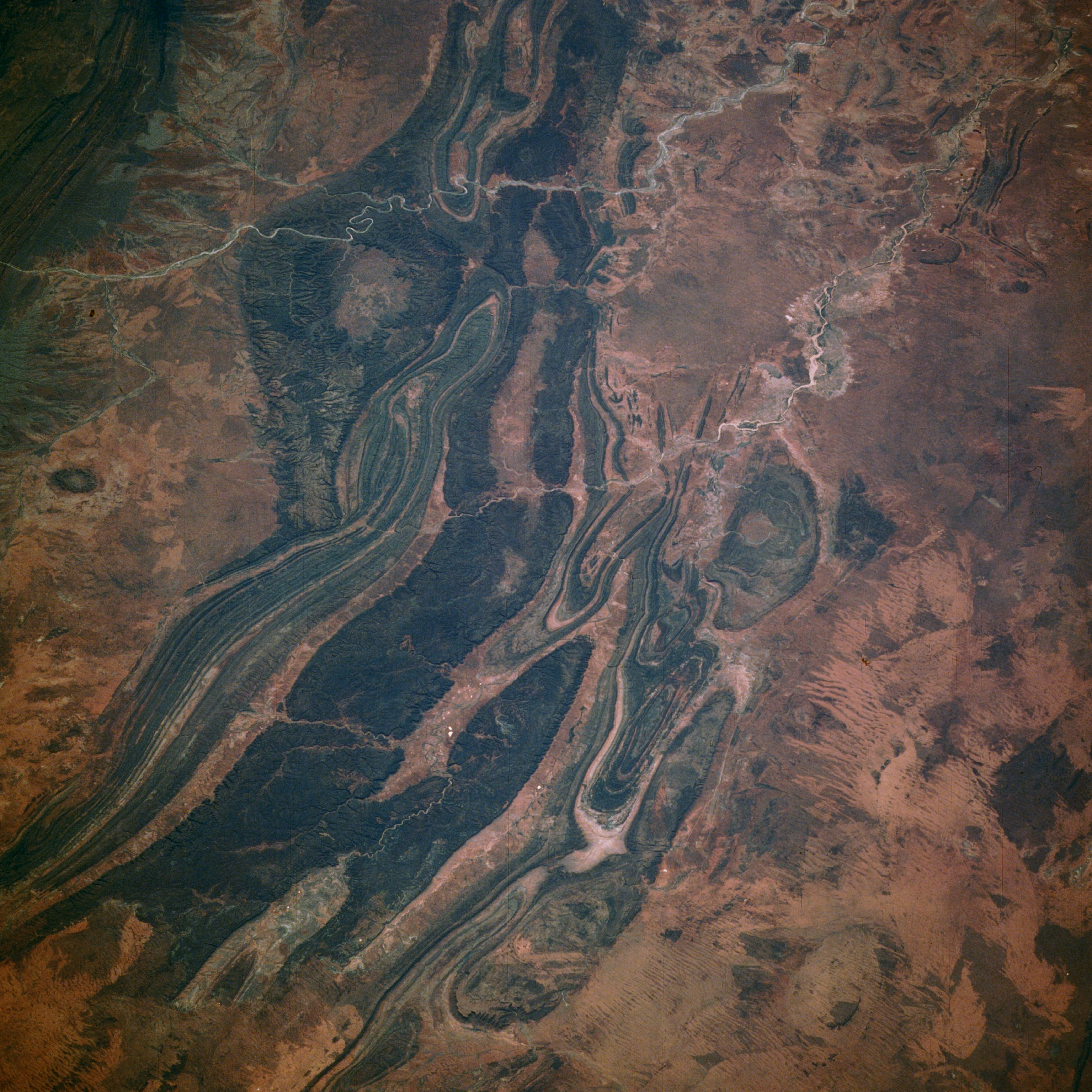 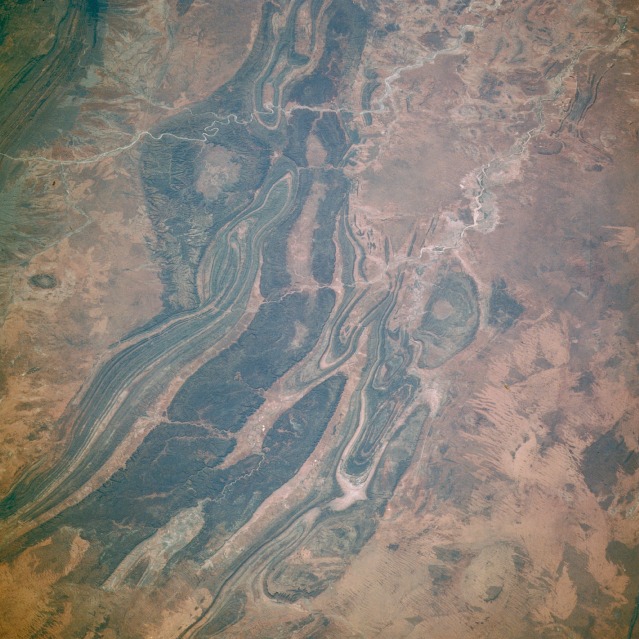 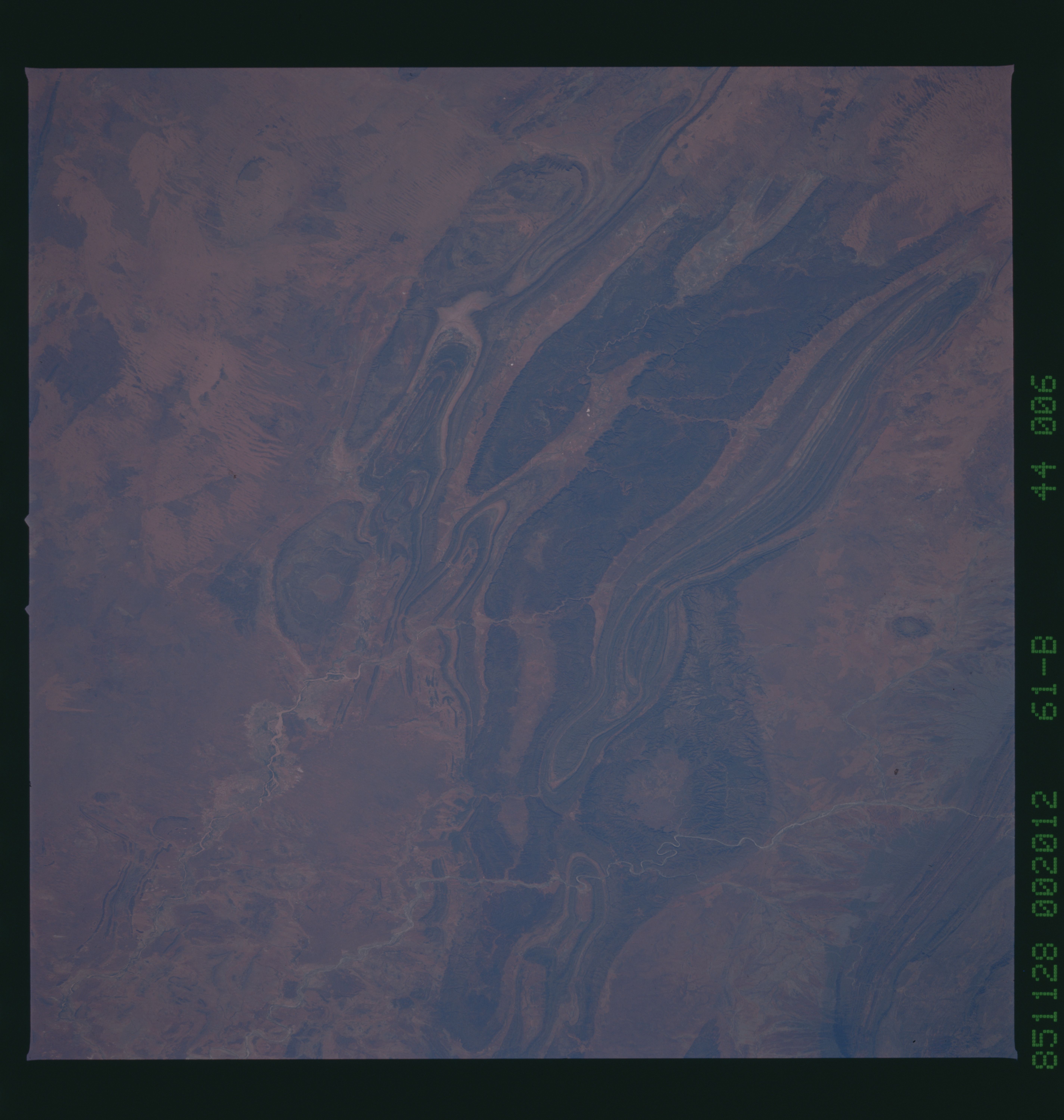 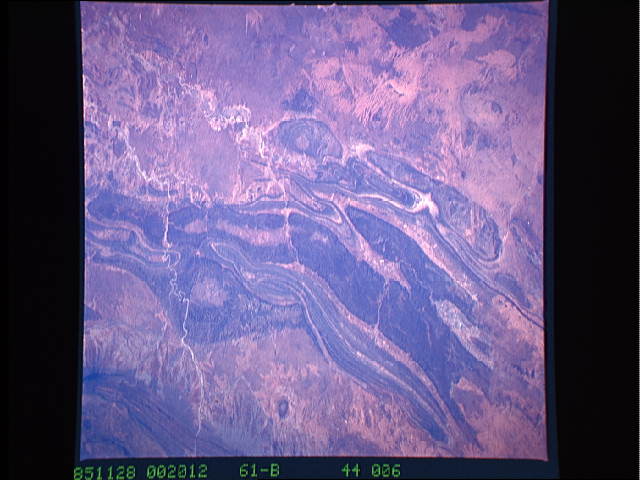 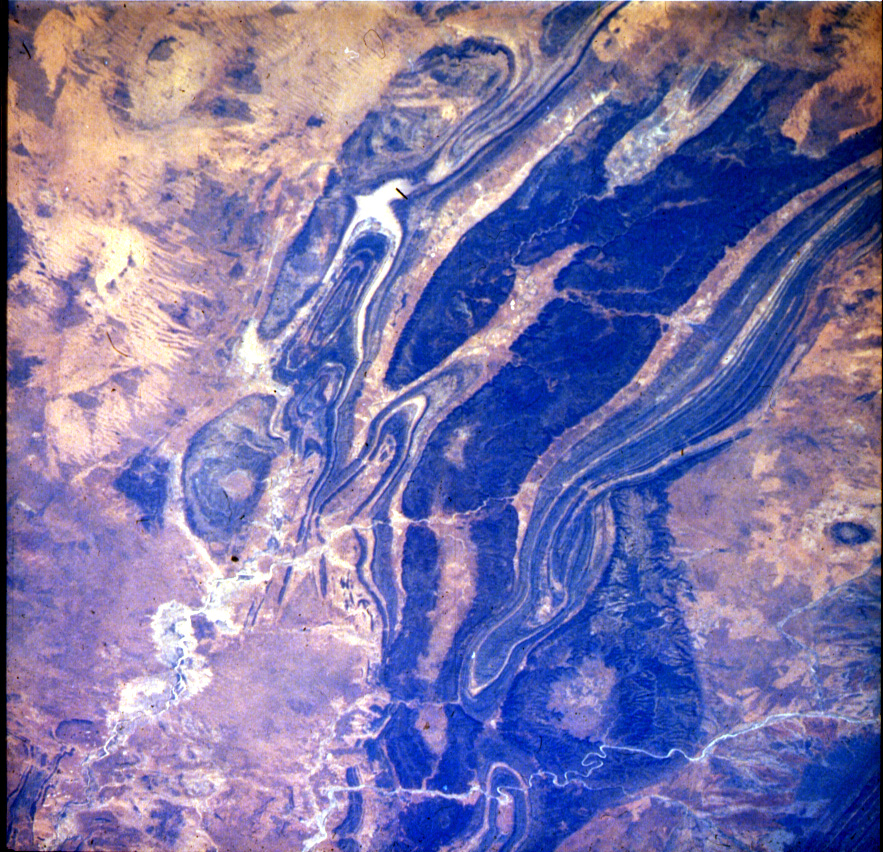 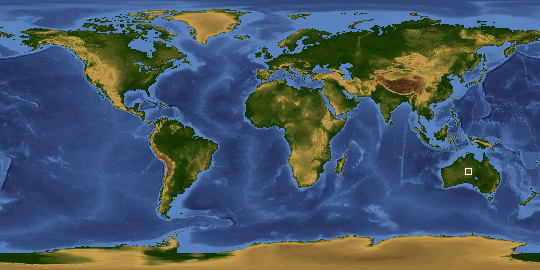 Other options available:
Download Packaged File
Download a Google Earth KML for this Image
View photo footprint information
Image Caption: STS61B-44-6 Mountain Ranges, Northern Territory, Australia November 1985
This photograph shows a series of northwest-southeast-trending mountains, most of which rise less than 2500 feet (800 meters) above sea level, near the geographic center of Australia. These ranges--James, Gardiner's, Middle, Krichauff, and George Gills--lie south-southwest of the more well-known Macdonnell Ranges. Several features are discernible in the photograph--the southeast-flowing Finke River near the eastern edge of the photograph; circular Gosses Bluff, an impact crater (northern edge of the photograph), which lies in the arid, flat Missionary Plain between the Macdonnell Ranges to the north (partially visible in the northeast corner of the photograph) and the James Range to the south; and an area of sand ridges south of these low, folded ranges.