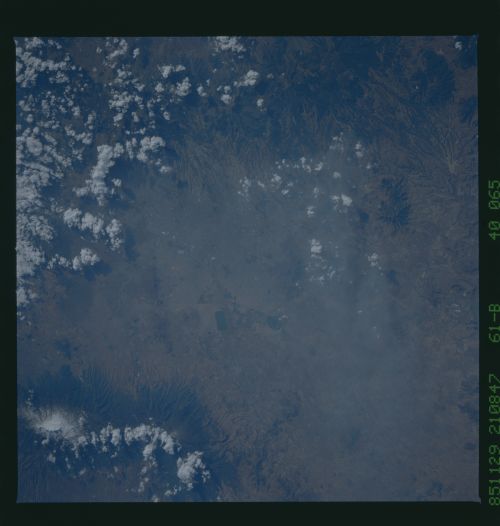 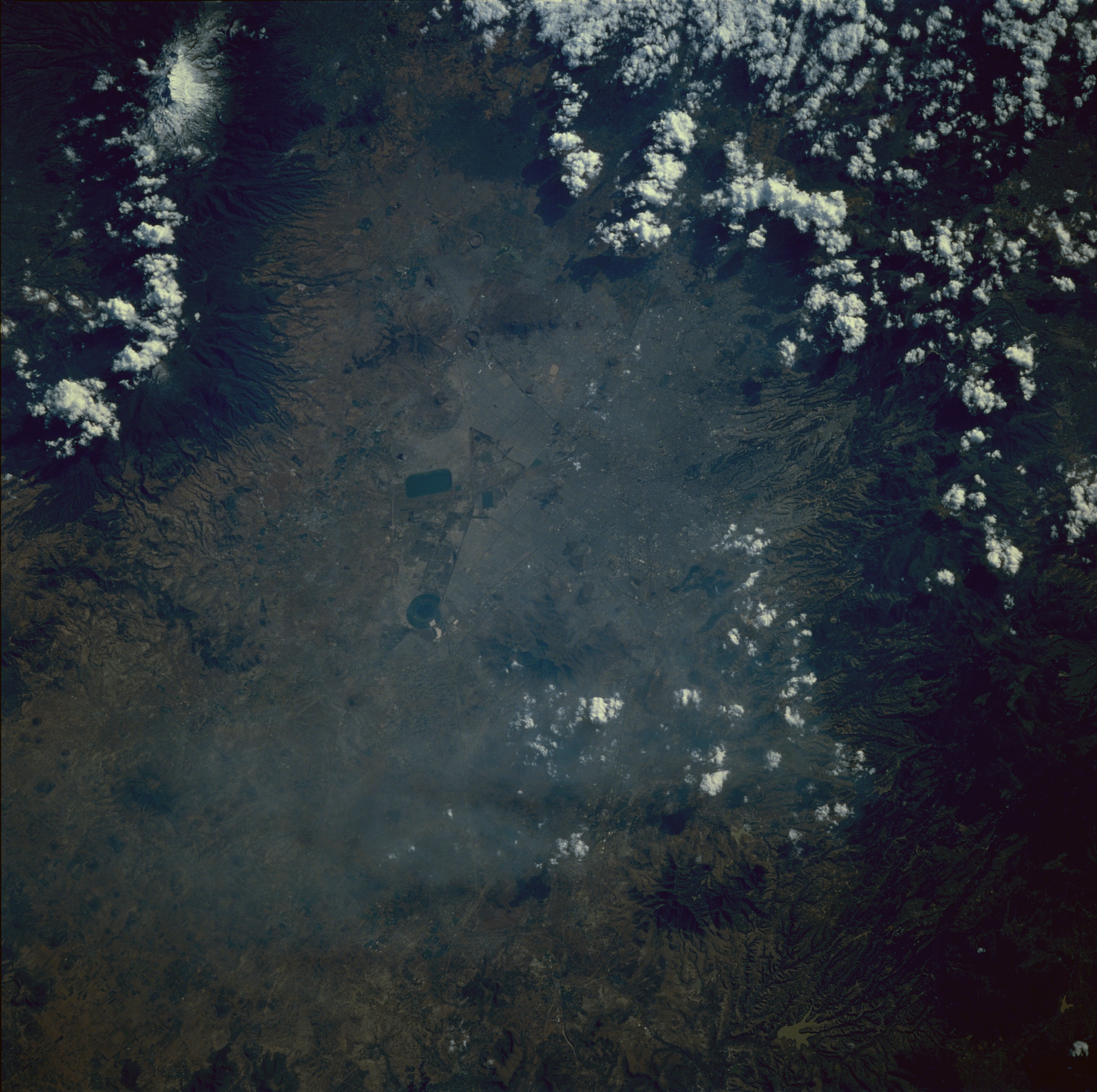 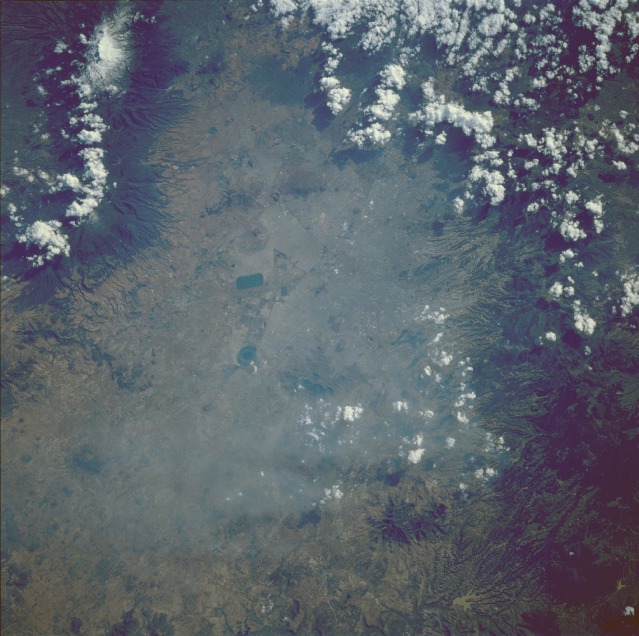 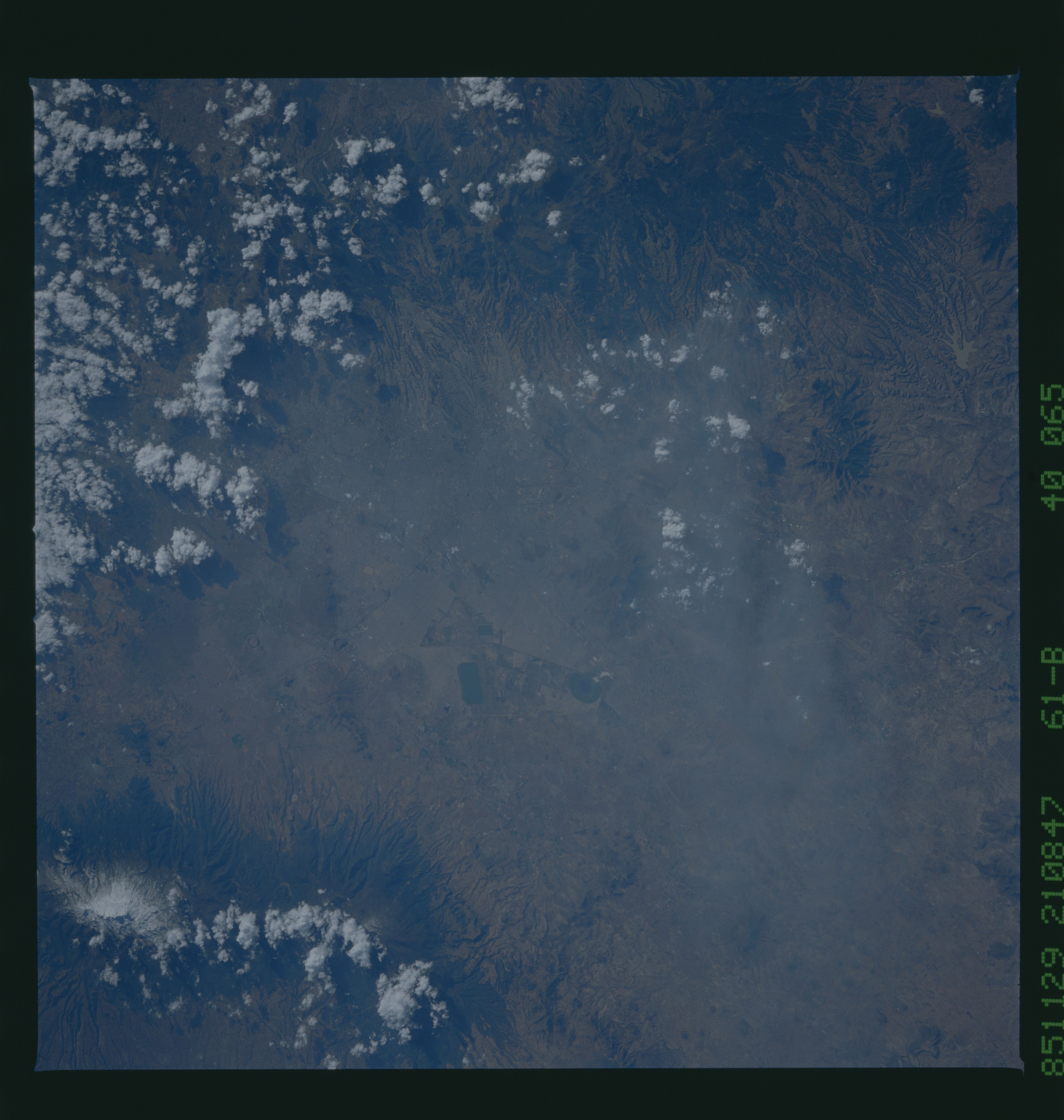 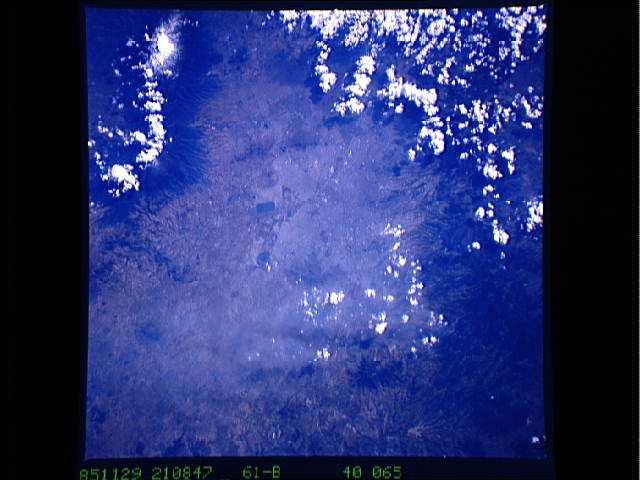 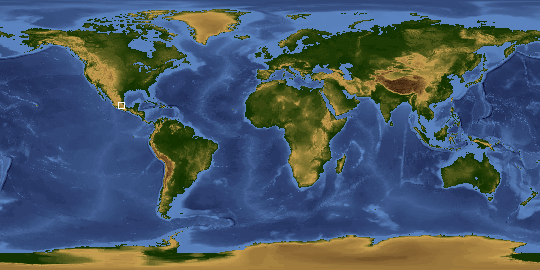 Other options available:
Download Packaged File
Download a Google Earth KML for this Image
View photo footprint information
Download a GeoTIFF for this photo
Image Caption: STS61B-40-0065 Mexico City, Mexico November 1985
Although this photograph of the metropolitan Mexico City area is not very aesthetically pleasing because of substantial air pollution (hazy conditions, with the heaviest concentration visible northwest of the city), some street patterns can be seen at several points throughout the city. Manmade features also include two very large, dark shapes near the center of the photograph (one feature, circular; the other, rectangular). The rectangular shape is a water reservoir, and the circular feature appears to be a water holding facility (later imagery shows that this feature is now dry). The vegetated slopes (dark areas) on the surrounding volcanoes show the radial drainage patterns that are characteristic of most volcanoes throughout the world. Some clouds obscure the volcanic peaks located east of the city; however, the snow-capped peak near the town of Chiautzingo is visible. Mexico City presently has the world's second-largest metropolitan population with 22.5 million people. Some demographers have forecast an astounding total of between 40 and 50 million residents for greater Mexico City by 2010. In any case, Mexico City will become the world's largest single population center by the year 2000, surpassing metropolitan Tokyo. It is also noteworthy that the Mexico City region is part of the Ring of Fire (volcano-earthquake zone) that encircles the Pacific Ocean. Thus, this entire area is very susceptible to earthquakes and volcanic activity.