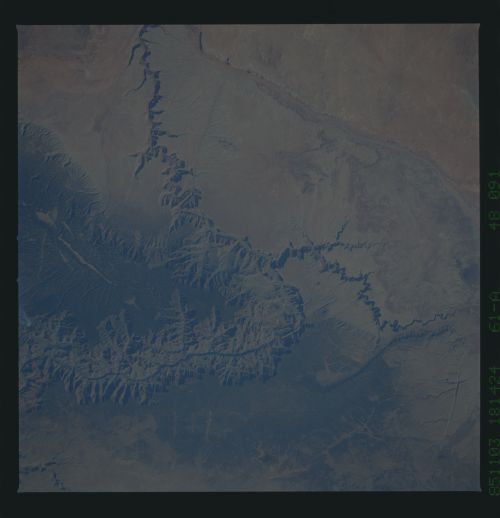 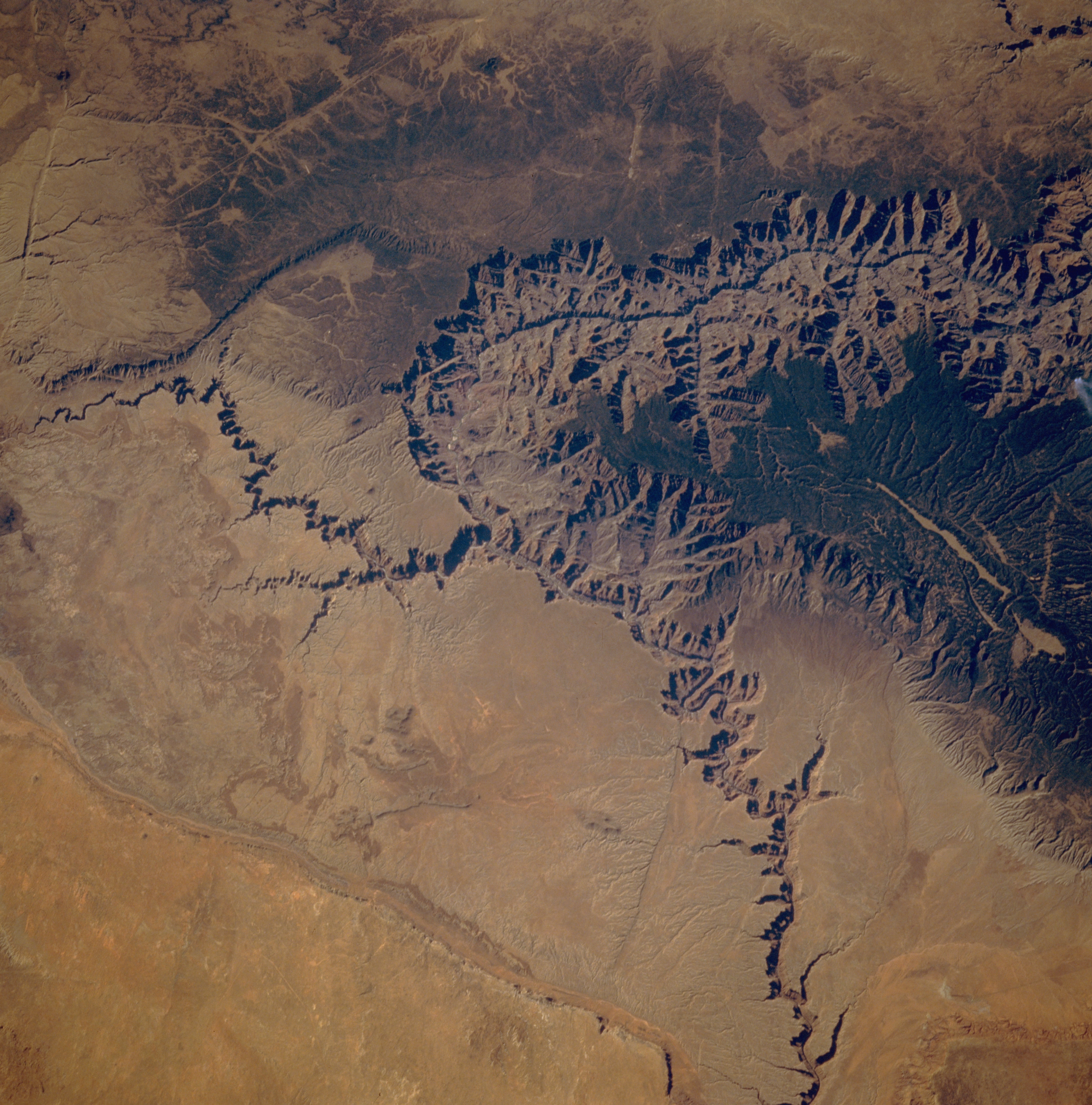 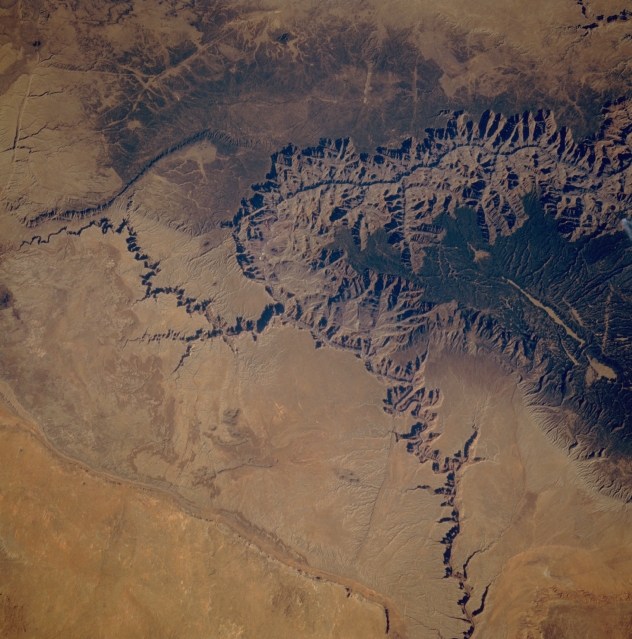 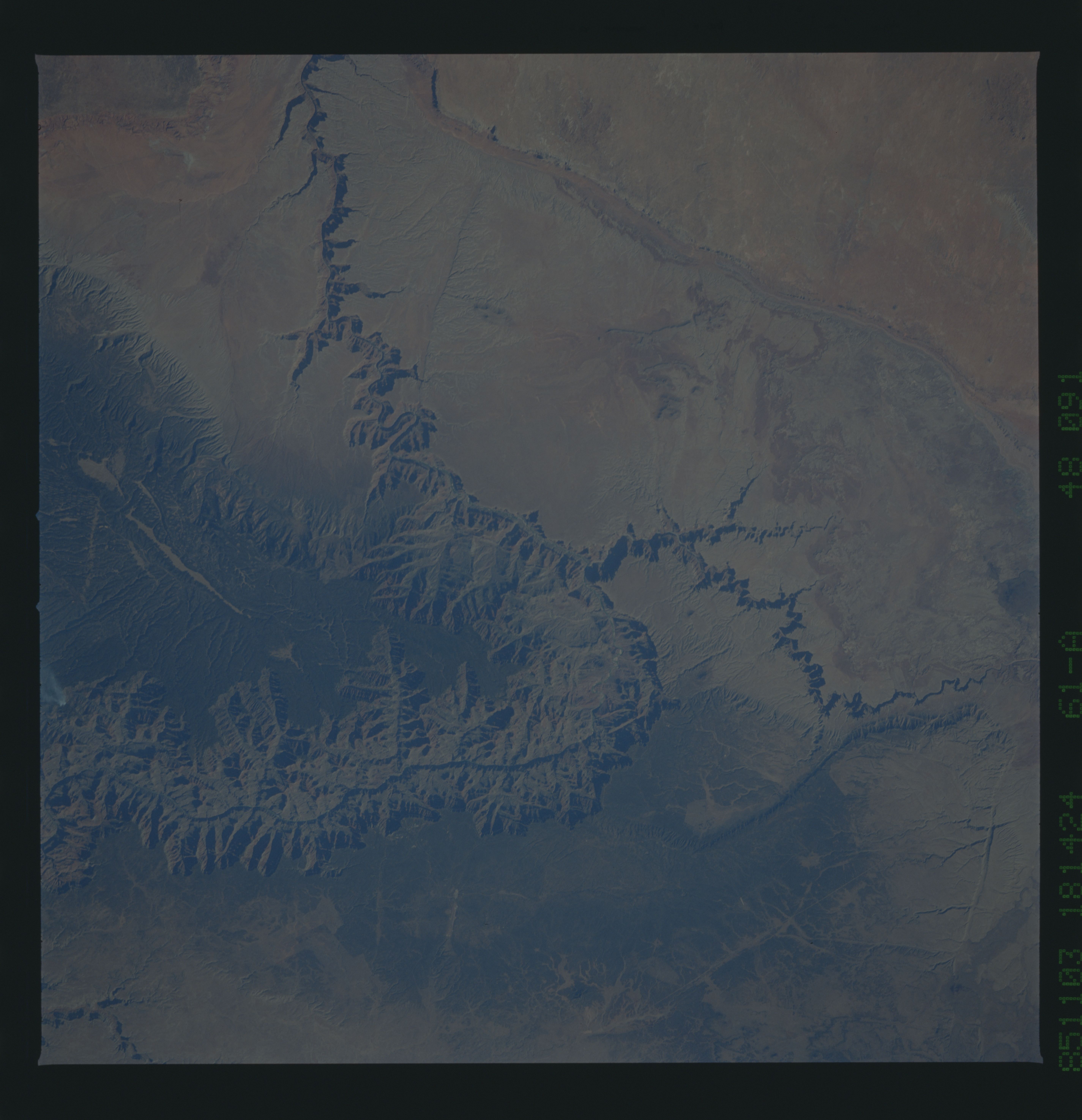 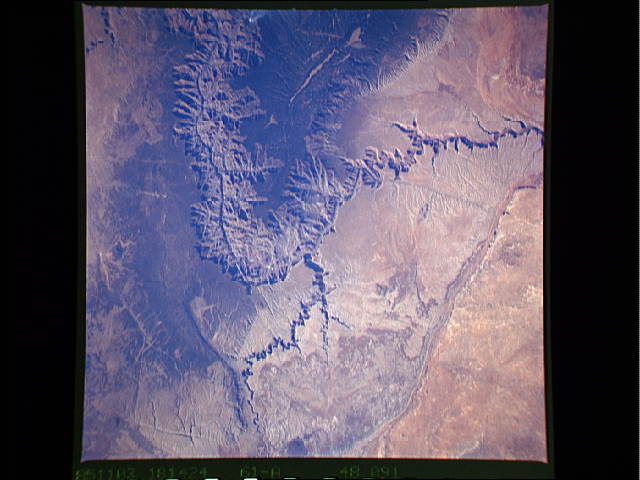 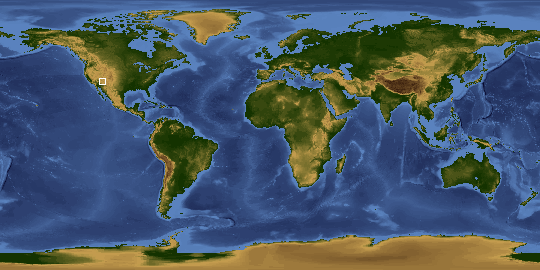 Other options available:
Download Packaged File
Download a Google Earth KML for this Image
View photo footprint information
Image Caption: STS61A-48-91 Grand Canyon, Arizona, U.S.A. November 1985
The eastern end of the deeply incised Grand Canyon of northwestern Arizona is visible in the upper third of this low-oblique, southwestern-looking photograph. As the Colorado River makes a great turn to the north, the northwest-flowing Little Colorado River joins it from the east; north of this confluence is Marble Canyon. The forested, elevated land north of the big bend in the Colorado River is the Kaibab Plateau, on whose southern tip is the North Rim, an outstanding observation point for viewing the Grand Canyon. Echo Cliffs Range appears as a dramatic change in topography near the lower left corner of the photograph, and southwest of this a small part of the Painted Desert is discernible. The darker colors are areas on the plateaus north and south of the Grand Canyon where vegetation is more dense.