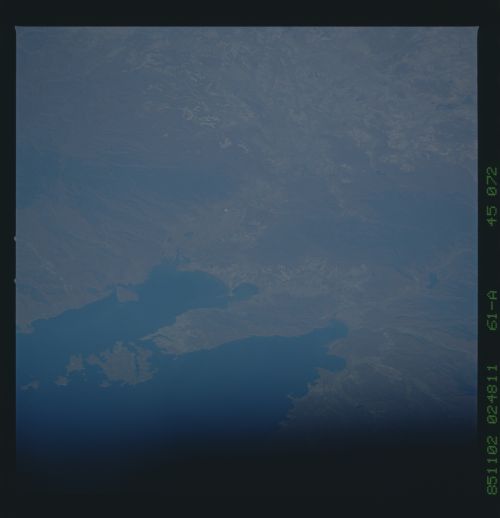 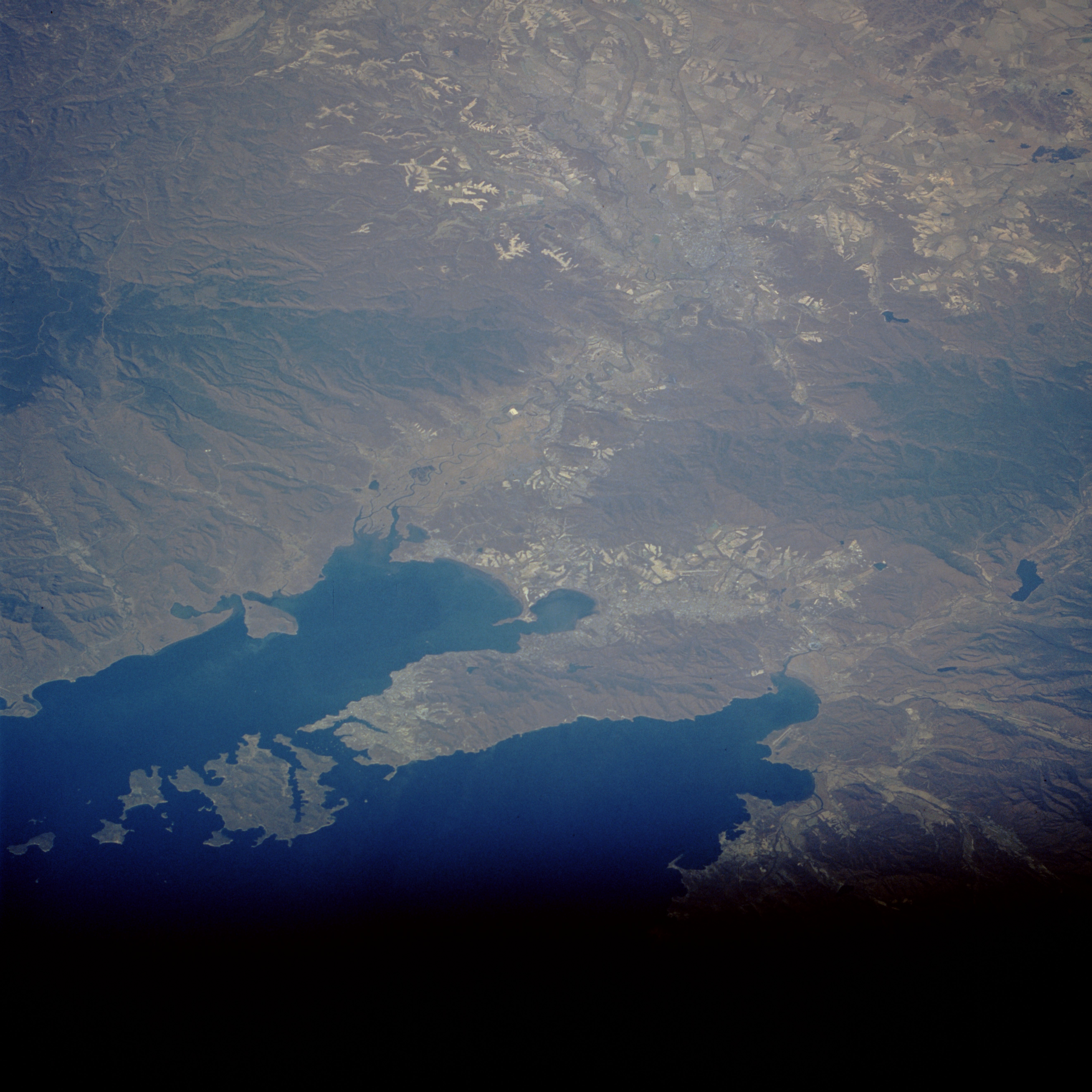 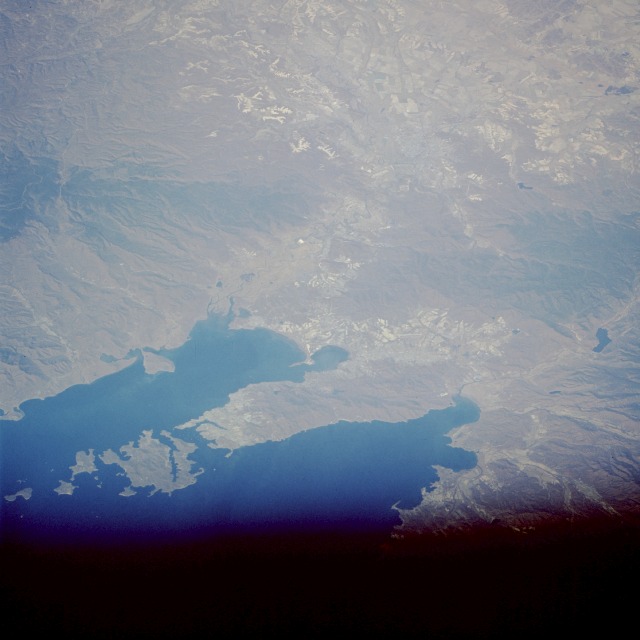 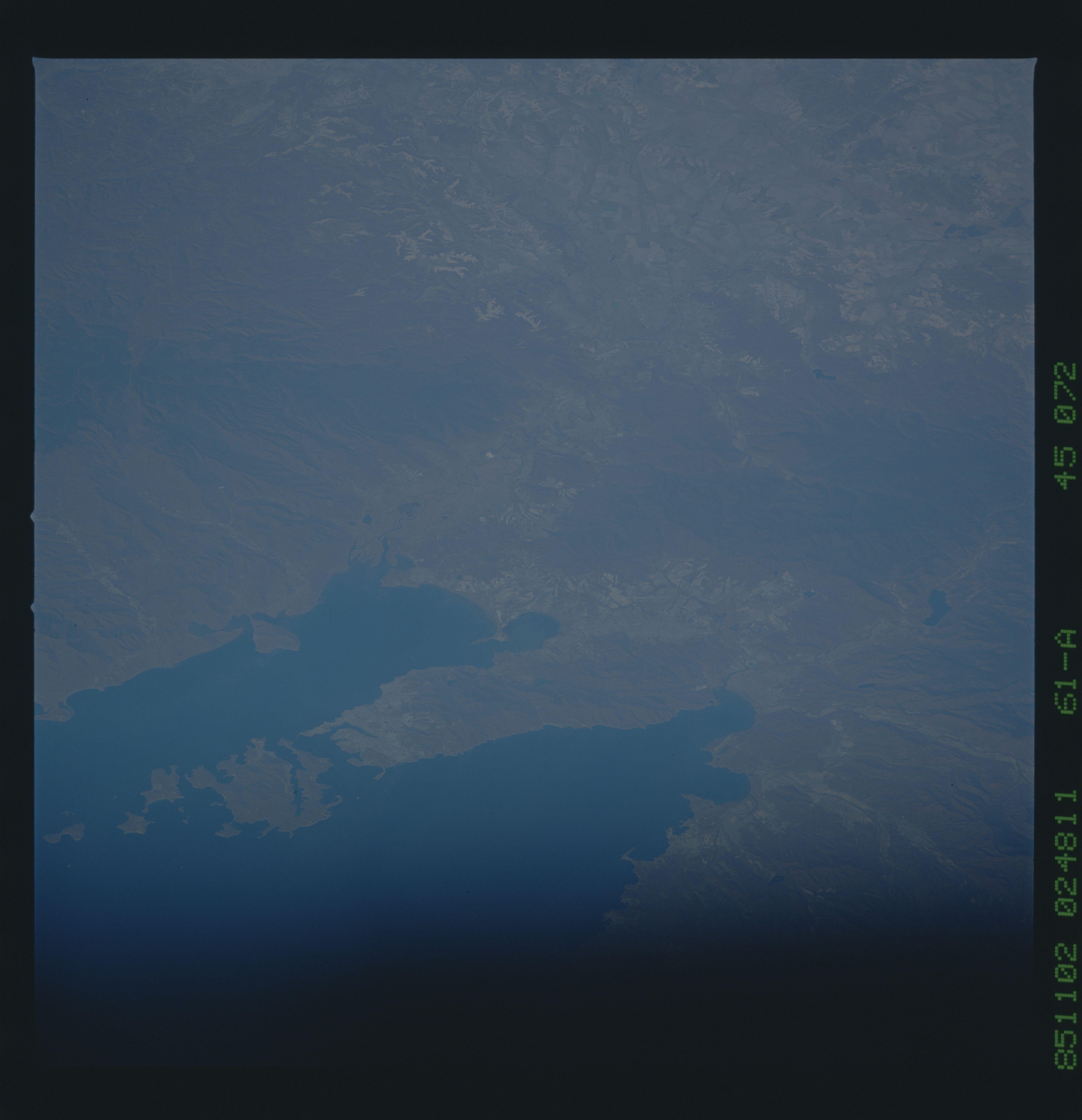 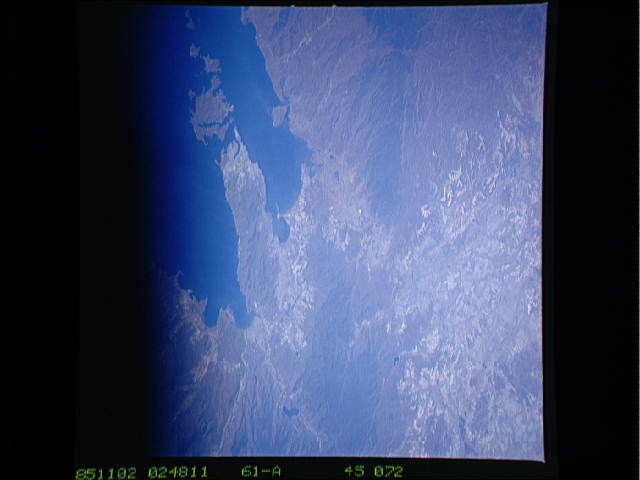 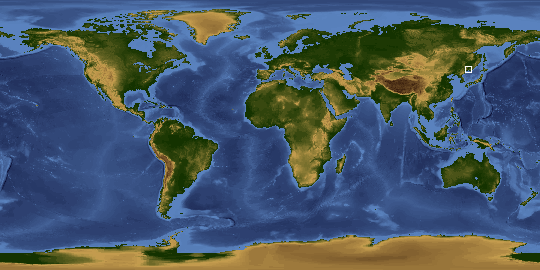 Other options available:
Download Packaged File
Download a Google Earth KML for this Image
View photo footprint information
Image Caption: STS61A-45-0072 Vladivostok, Russia November 1985
This north-northwest-looking, low-oblique photograph shows Vladivostok and the surrounding region. Russia's largest port on the Pacific Ocean, Vladivostok is located in extreme southeast Siberia near the North Korea and Manchuria borders. The harbor city, like an amphitheater on the hills around an inlet of Peter the Great Bay, sits at the southern end of the Muraview-Amurski Peninsula, which separates the Gulf of Amur to the west from Ussuri Bay to the east. Summer monsoons in combination with Siberian winters result in an unusual climate with damp springs; hot and wet summers; long, dry autumns; and frigid winters. The city is the economic and cultural center of the Russian Far East, the eastern terminus of the Trans-Siberian Railroad, and the home port for the Russian Pacific naval and fishing fleets. Major industries include shipbuilding and ship repair, fish canning, food processing, metalworking, construction, and lumber; many engineering and merchant marine colleges are located in Vladivostok. Agricultural fields of the Lake Khanka Plain are visible (northwest portion of the photograph).