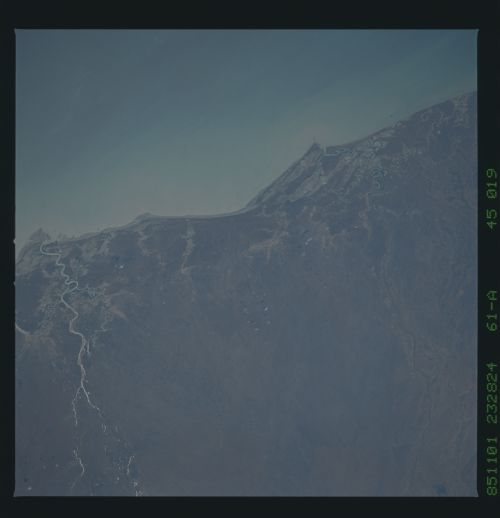 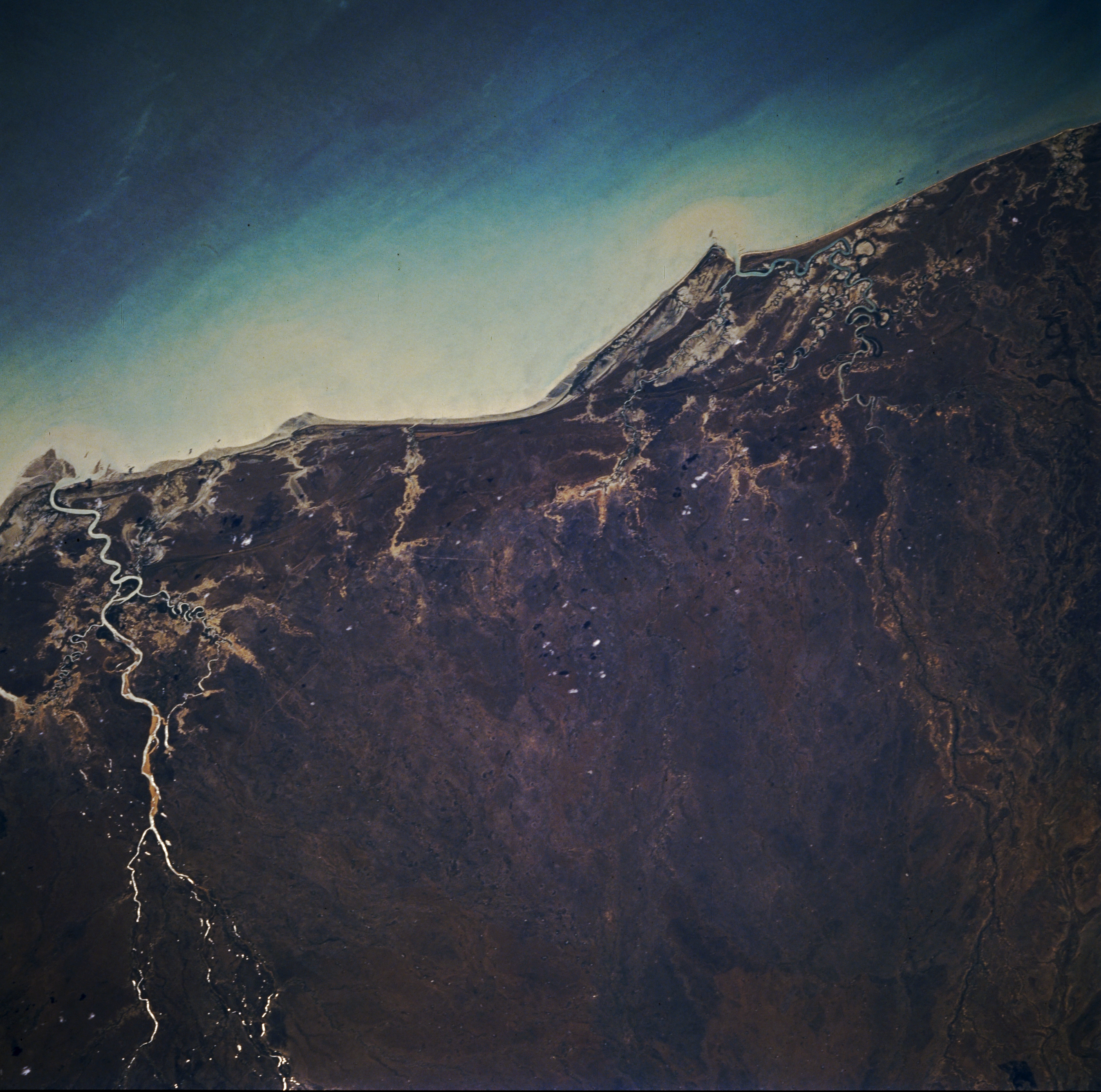 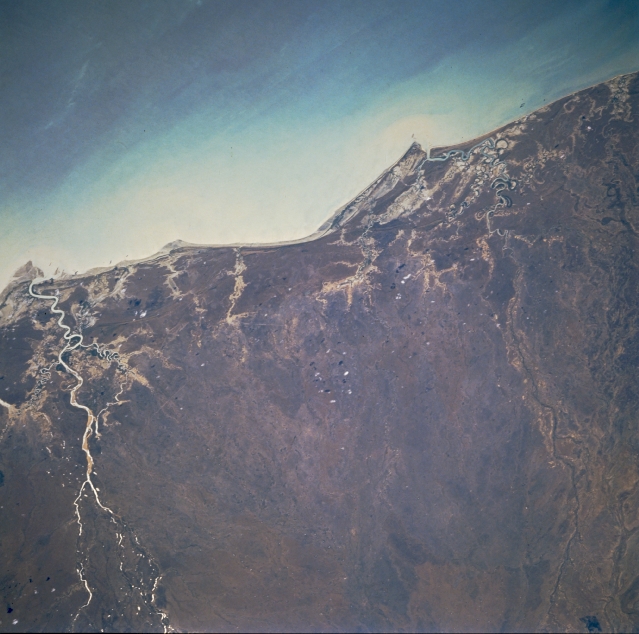 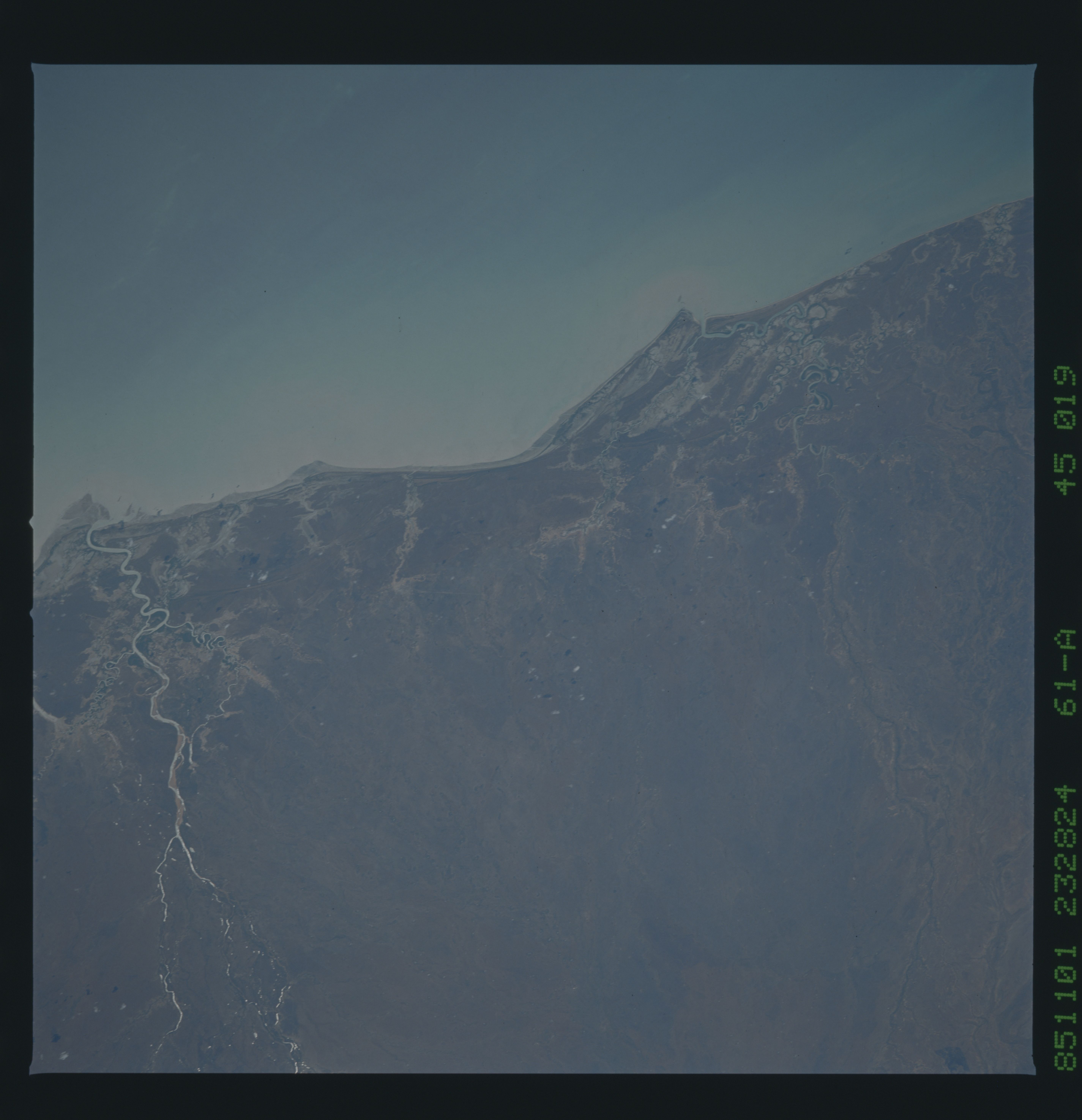 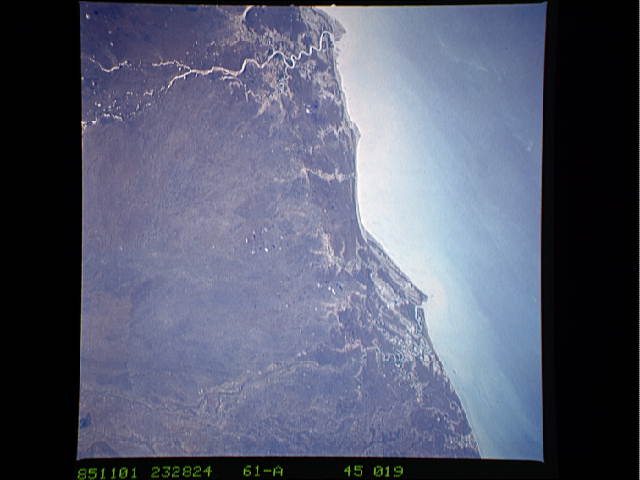 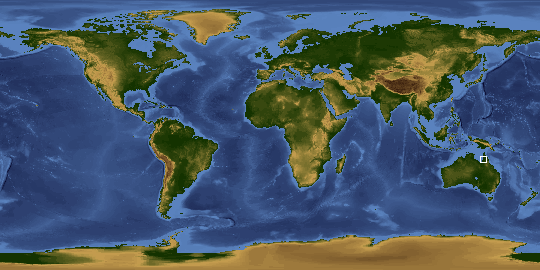 Other options available:
Download Packaged File
Download a Google Earth KML for this Image
View photo footprint information
Image Caption: STS61A-45-0019 Staaten River, Queensland, Australia November 1985
Several small rivers meander across the coastal plain into the southeast coast of the Gulf of Carpentaria. The highly reflective surface of the Staaten River channel (meandering white feature along the left edge of the image) is enhanced by the sun's reflection off of the water surface (a phenomena known as sunglint or sun glitter). Sunglint, together with sediment in the water along the coast, contribute to the bright area along the shoreline. The lighter-colored land close to the coast shows sandy distributary channels with a small amount of ground cover (vegetation); while the darker terrain has more vegetative cover, mainly grasslands.