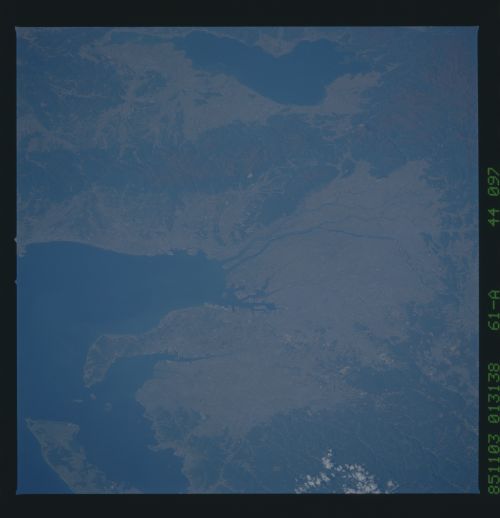 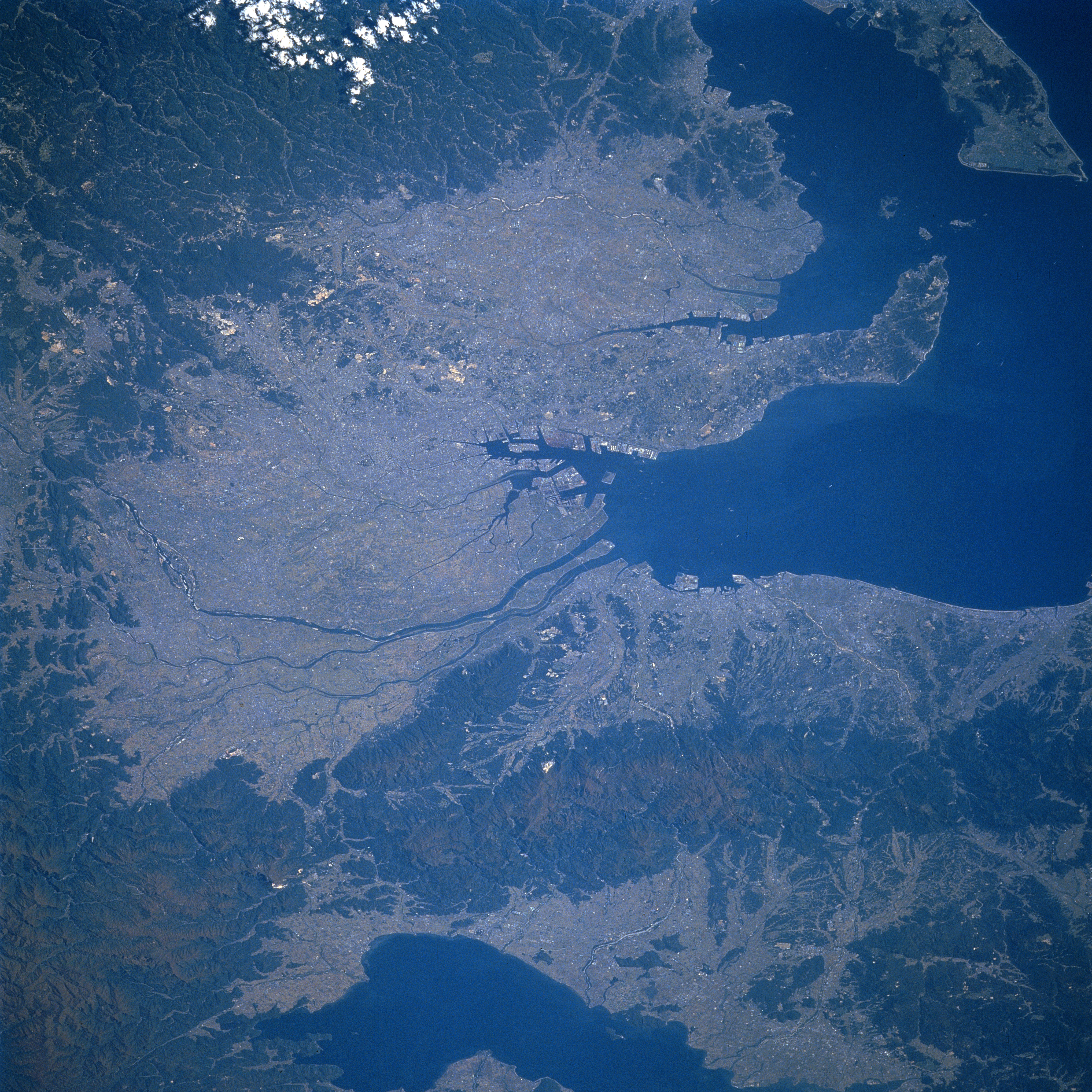 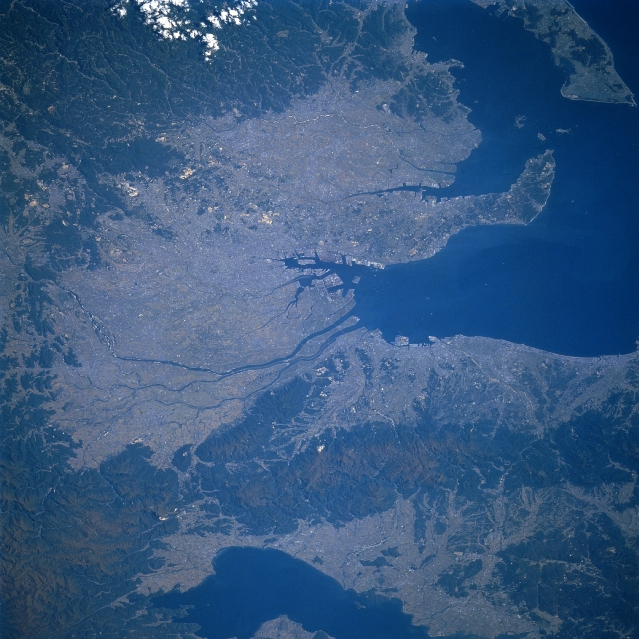 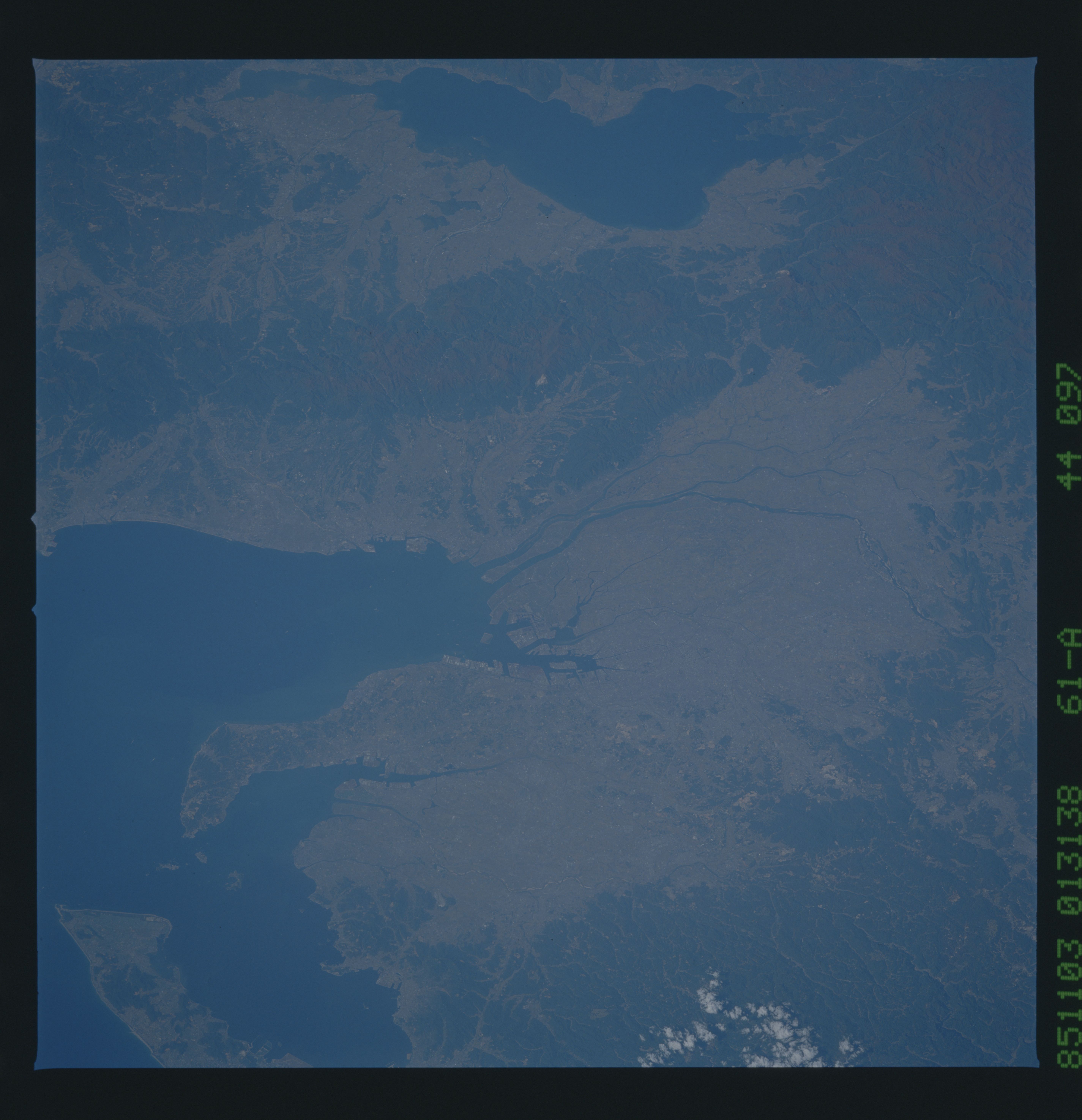 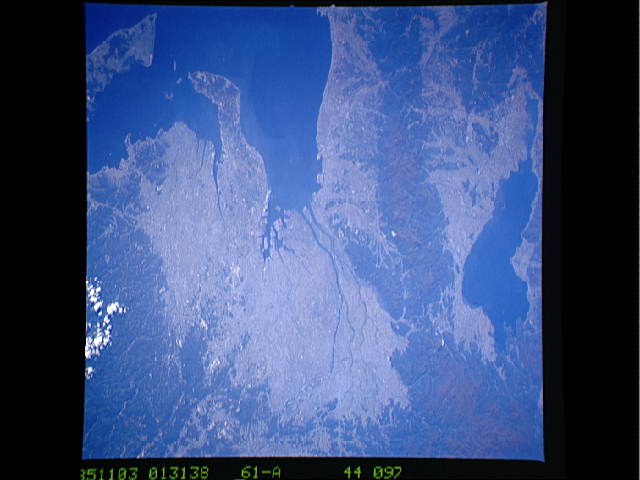 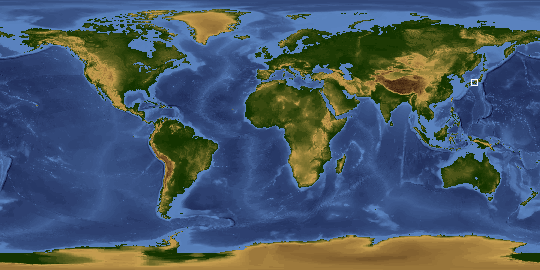 Other options available:
Download Packaged File
Download a Google Earth KML for this Image
View photo footprint information
Image Caption: STS61A-44-0097 Nagoya, Honshu, Japan November 1985
Located along the south central coast of Honshu, Nagoya, one of Japan's major industrial centers, can be located in the center of this west-looking view. This important port city is strategically located at the northeast end of Ise Bay (note the extensive harbor facilities slightly below the center of the picture), as well as being located between the larger Kobe/Osaka and Tokyo/Yokahmana metroplexes, west and east respectively (not in this image). Nagoya is sited on a densely populated (over 2 million people), low-lying, alluvial plain that is surrounded by volcanic mountains (darker landscape). Several other industrial cities that are situated around the periphery of Ise Bay blend together to give the appearance of one urban area (lighter colored landscape). There is some farming activity where topography allows which also adds to the overall lighter colored terrain. Several short-flowing rivers, including the Nagara River, drain southward and enter the northern end of Ise Bay west of Nagoya. Lake Biwa is the large lake west of the mountains (top center).