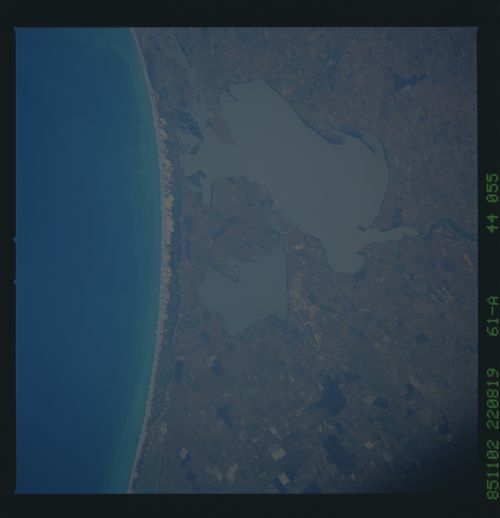 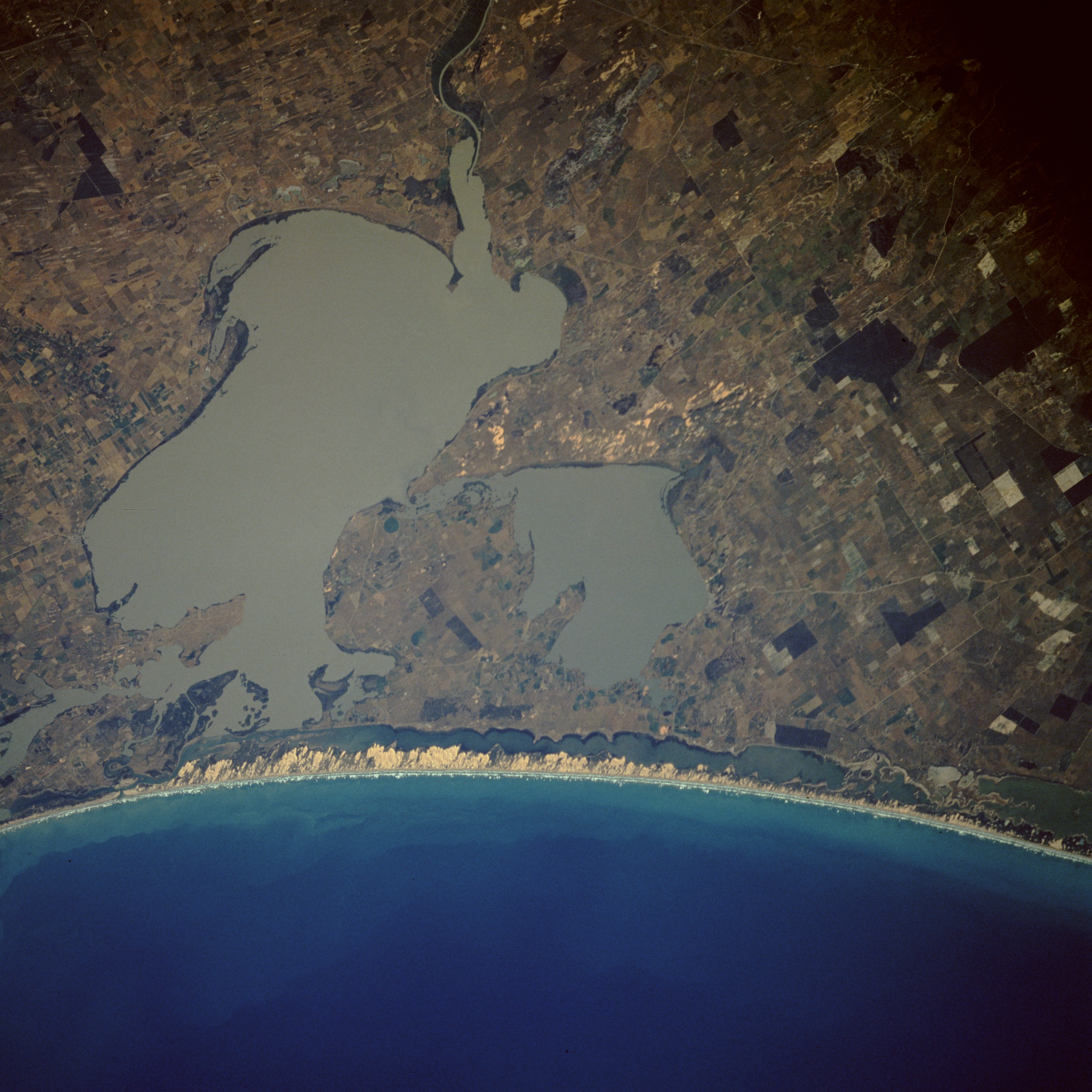 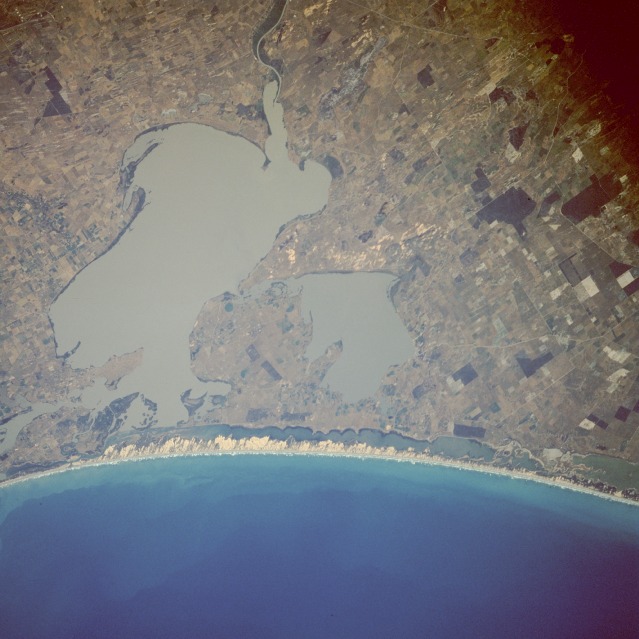 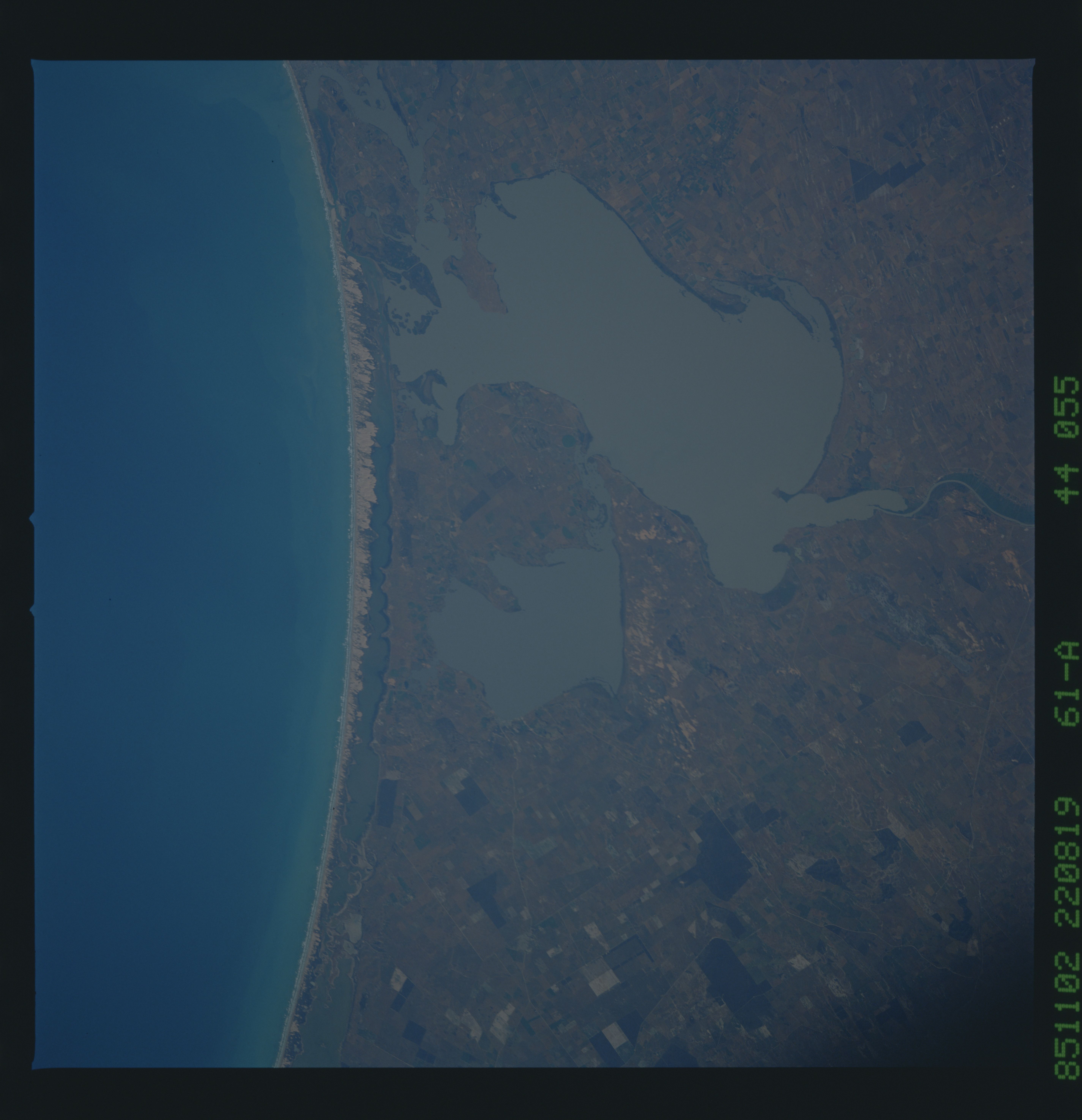 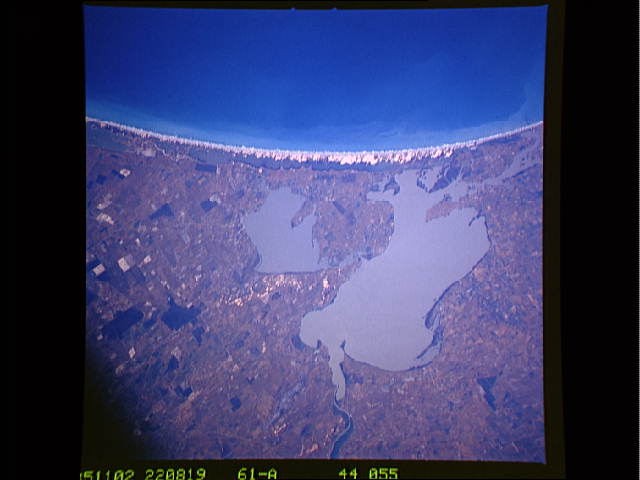 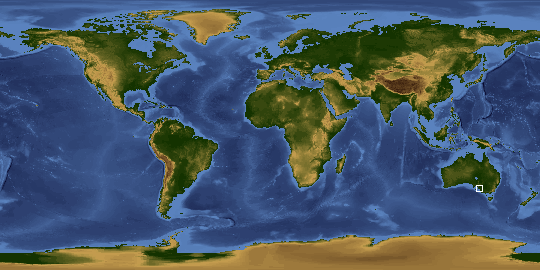 Other options available:
Download Packaged File
Download a Google Earth KML for this Image
View photo footprint information
Image Caption: STS61A-44-0055 Lake Alexandrina and Lake Albert, South Australia, Australia November 1985
Lake Alexandrina and smaller Lake Albert are located approximately 50 miles (80 kilometers) southeast of Adelaide, the capital of South Australia. Despite the fact that the Murray River and its major tributary, the Darling River, make up the most significant river network in Australia, this photograph shows an unimpressive delta as the Murray River enters the northeast side of Lake Alexandrina, which in turn empties into Encounter Bay to the west. The long, narrow sandy beach is part of Younghusband Peninsula, and the lagoon behind the beach is known as The Coorong. The Coorong and the two lakes have been identified as Ramsar Sites, critical wetland ecosystems where international attention will be focused. The major industry in this region is raising sheep--Merino sheep for wool production and fat lambs for human consumption. This area was the last part of the Australian coast to be surveyed by early explorers in the early 1800s.