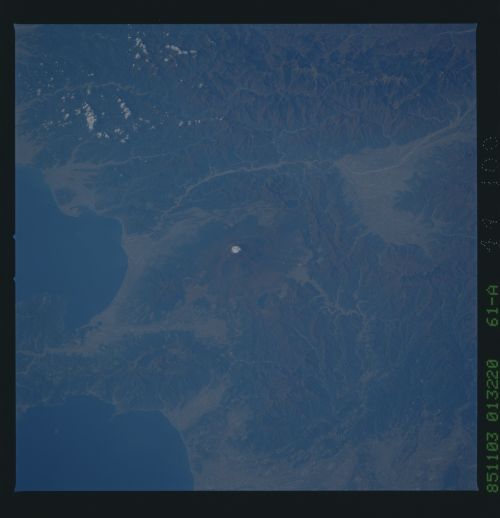 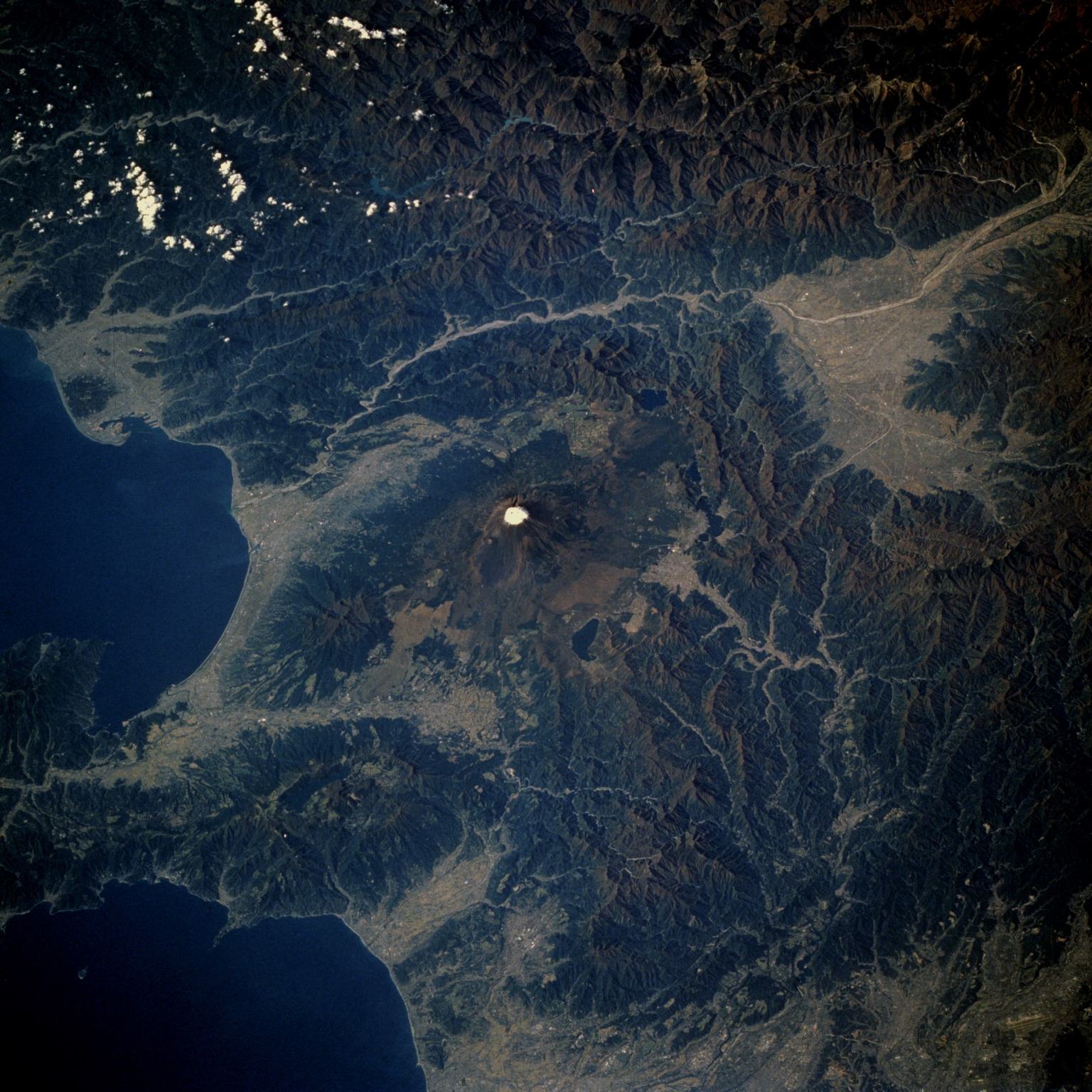 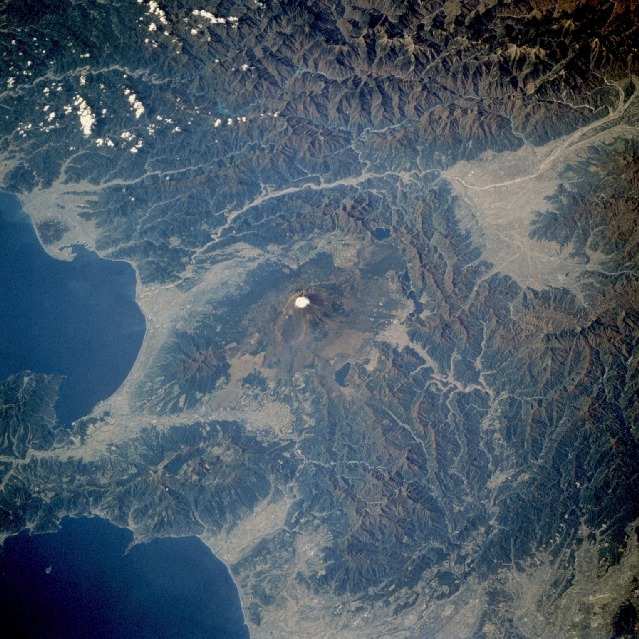 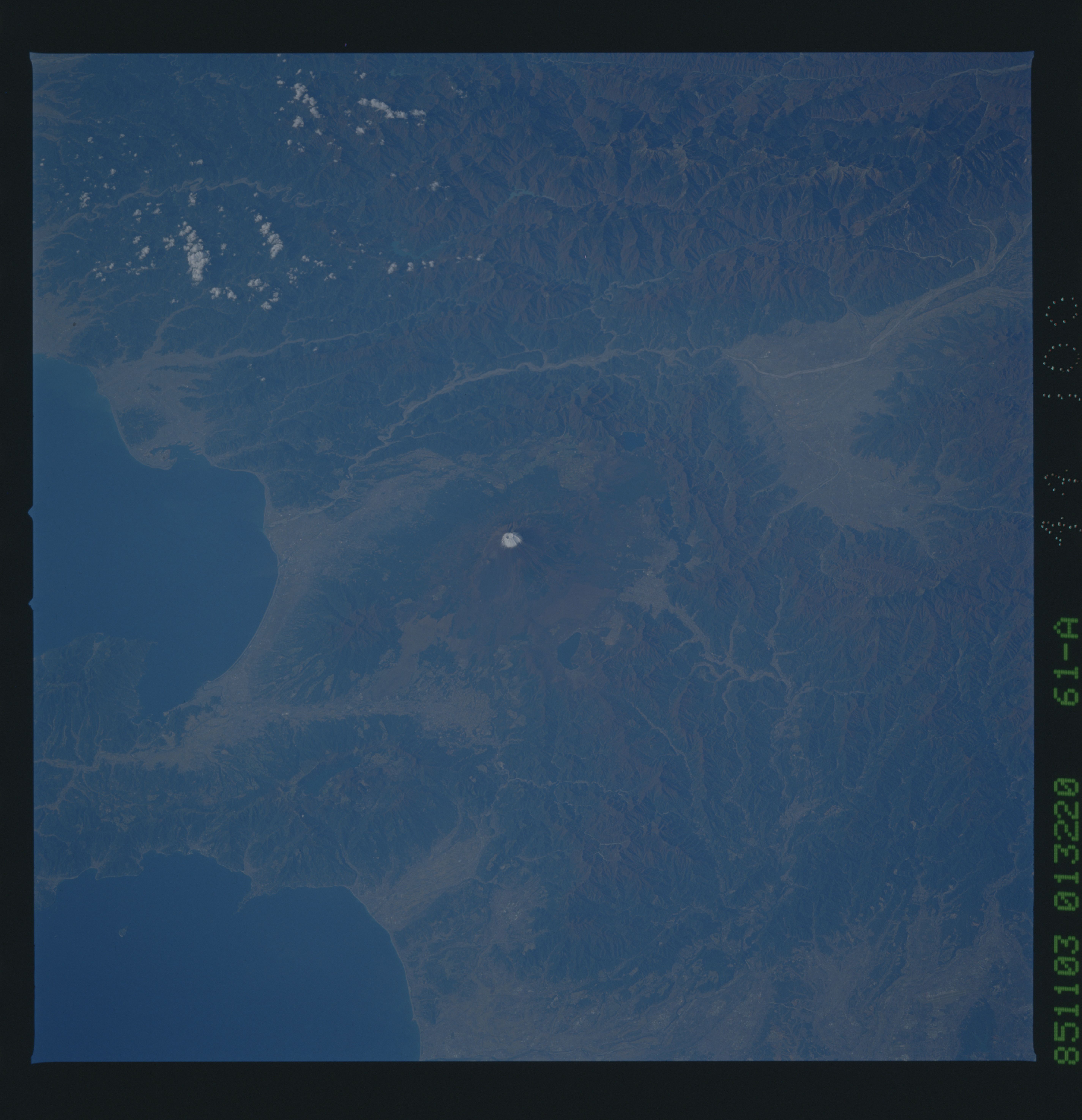 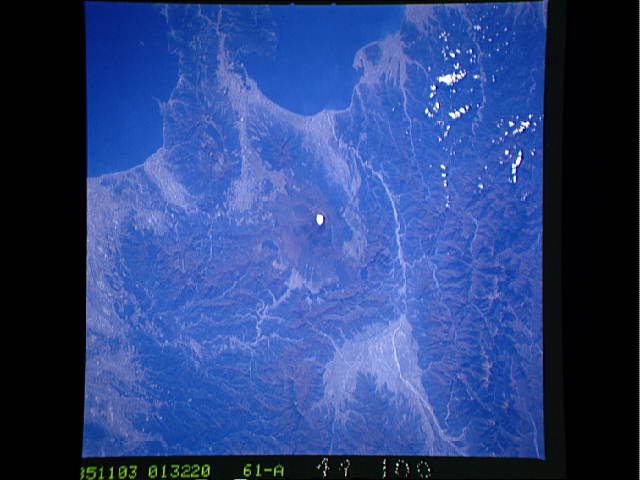 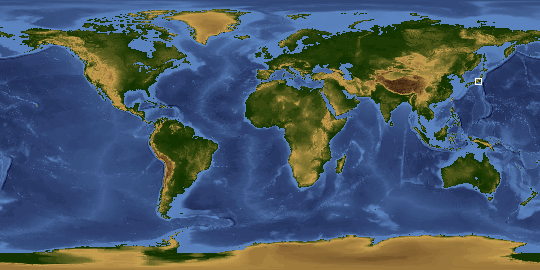 Other options available:
Download Packaged File
Download a Google Earth KML for this Image
View photo footprint information
Image Caption: STS61A-044-0100 Mount Fuji, Honshu, Japan November 1985
Snow-topped Mount Fuji, ringed by lakes and forests, is observable near the center of this low-oblique photograph taken over central Honshu, Japan. Mount Fuji, approximately 12 390 feet (3800 meters) above sea level, is located about 70 miles (110 kilometers) west-southwest of Tokyo. This volcanic peak, the tallest in Japan, is considered a sacred mountain by the Japanese. The snow-capped, symmetrical cone volcano, with a crater diameter of nearly 2 000 feet (610 meters), last erupted in 1707. The Fuji River flows west of Mount Fuji toward the interior where it passes through the city of Kofu, north-northwest of the volcano. Visible east-southeast of Mount Fuji is the Hokone caldera, which is 6 miles (10 kilometers) wide. The scene captured in this photograph is typical of the topography of the four largest islands of Japan--Hokkaido, Honshu, Shikoku, and Kyushu. Because the Japanese archipelago is volcanic in origin, less than 20 percent of the land is habitable, and farmland is limited and regionally fragmented.