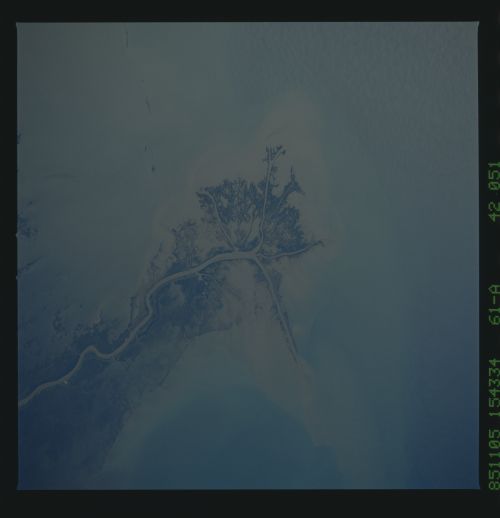 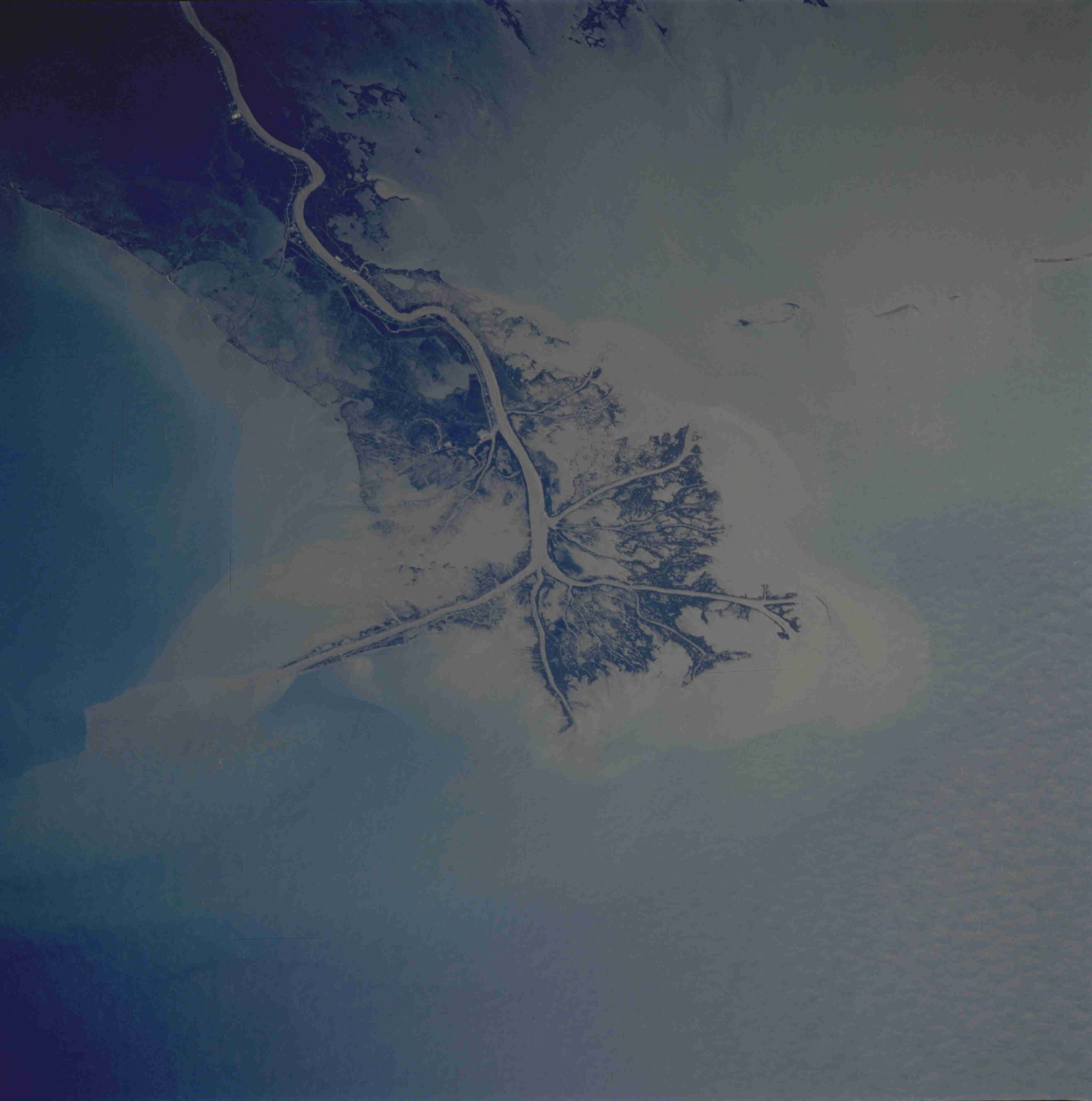 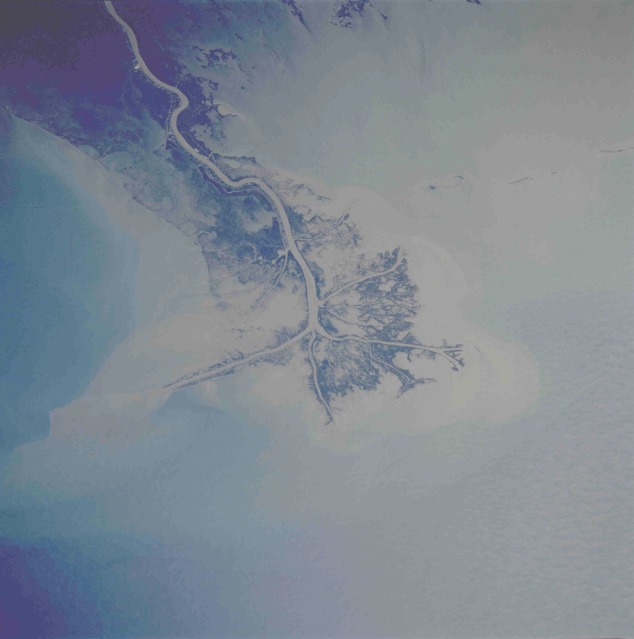 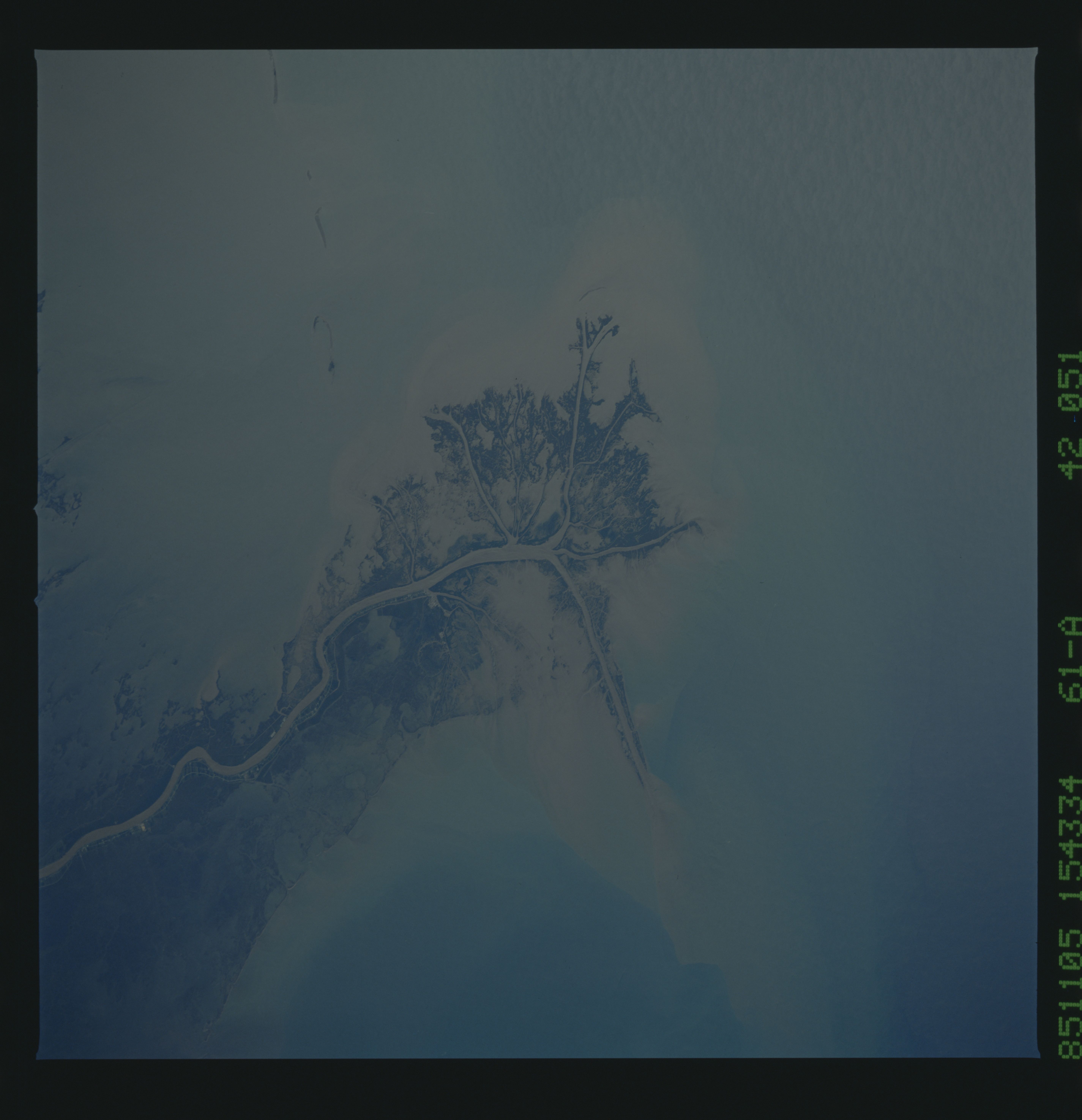 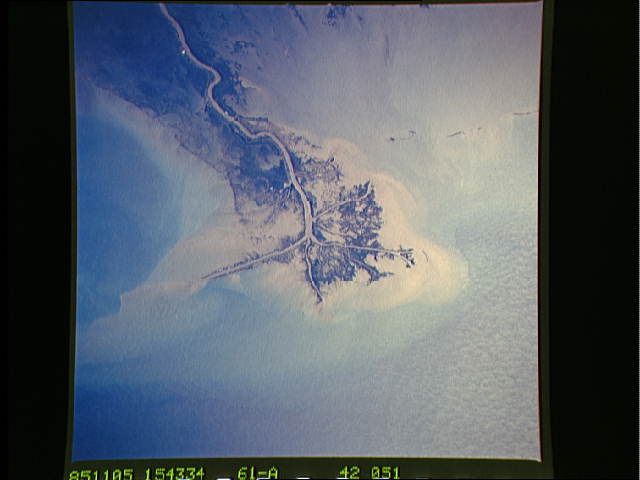 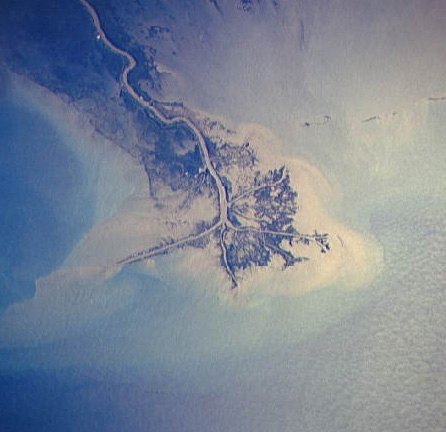 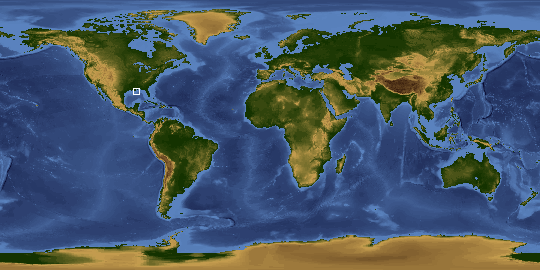 Other options available:
Download Packaged File
Download a Google Earth KML for this Image
View photo footprint information
Image Caption: STS61A-42-51 Mississippi River Delta, Louisiana, U.S.A. October 1985
The Mississippi River carries more than 200 million tons (181 million metric tons) of sediment annually past the city of New Orleans and into the Gulf of Mexico to form a fast-growing delta. This low-oblique, south-looking photograph shows the tremendous quantity of silt deposited through the distributory channel system at the southern end of the Mississippi River. This particular deposition pattern, called a "bird's foot" delta, is the only such delta in the world. Constant dredging is required for oceangoing ships to navigate the main channel of the Mississippi River. This photograph shows a dynamic scene of surface winds creating a current flow in the water, which is moving the sediment in a westerly direction. The northeastern section of the delta has been set aside as the Delta National Wildlife Refuge. State Highway 23, which eventually makes its way to New Orleans and beyond, can be seen along the western side of the main channel. (Refer to STS51C-143-27 for a more synoptic view of the delta area and its relationship to the city of New Orleans.)