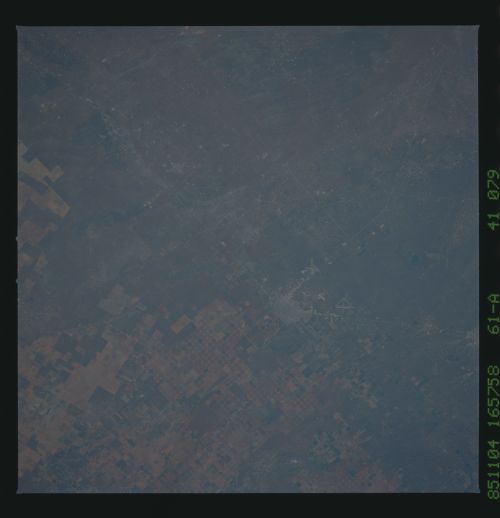 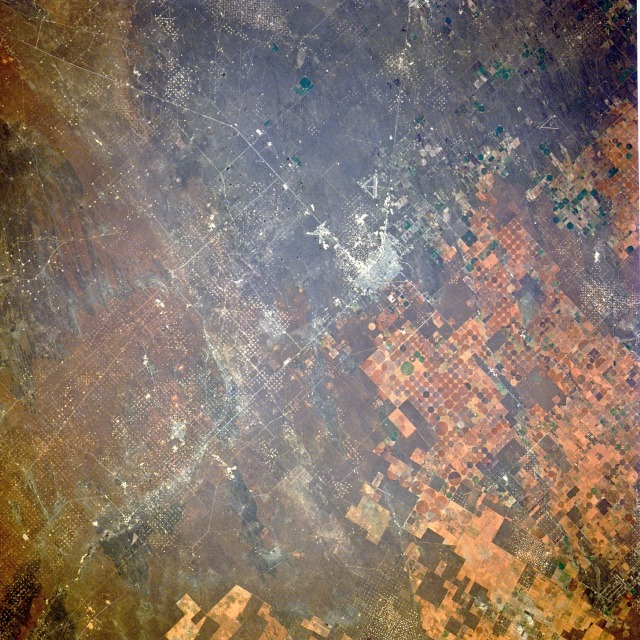 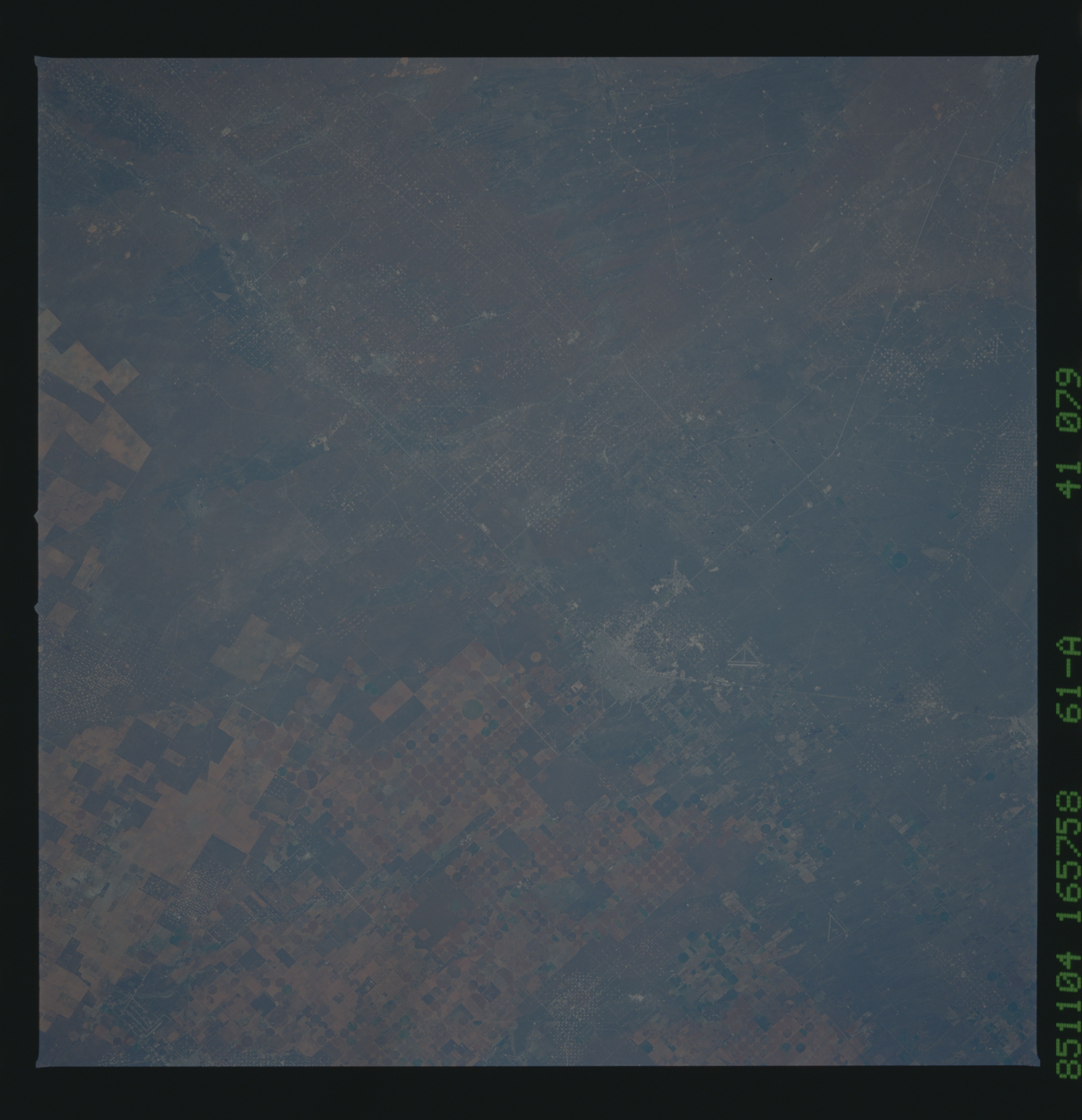 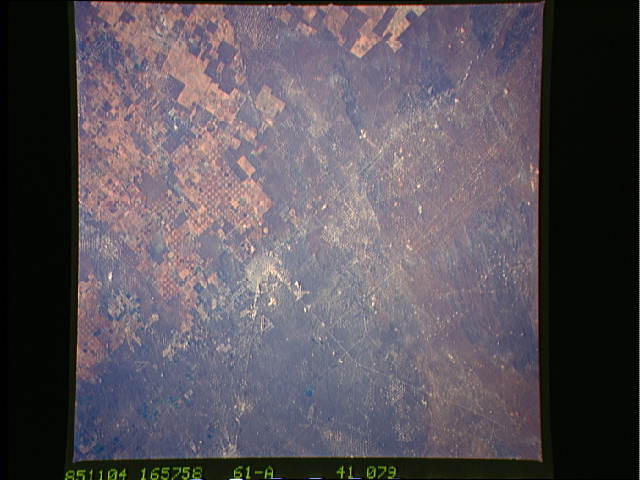 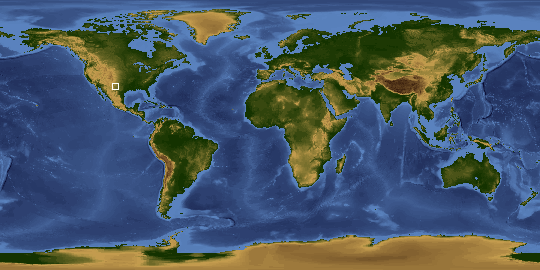 Other options available:
Download Packaged File
Download a Google Earth KML for this Image
View photo footprint information
Image Caption: STS61A-41-0079 Hobbs, New Mexico, U.S.A, November 1985
Hobbs, visible near the center of this near-vertical photograph, is situated near the southwest border of the U.S. Great Plains region. Described as one of the last great oil-boom towns in the United States, Hobbs is located in southeast New Mexico, less than 3 miles (5 kilometers) from the Texas border. During the late l920s when oil and natural gas were discovered, the city became a dynamic urban area and now has a population of approximately 30 000. Two major industries--oil and gas production and farming--are evidenced in the photograph. The largest acreage is occupied by the oil industry with the darker area showing thousands of wellheads and producing oil and natural gas fields. Each tiny white dot is a gas or oil well drilled during the last 80 years. In contrast, the cultivated field patterns east of Hobbs are various shades of brown, with the majority of fields having a circular pattern within a square box. Since the climate in this region is semiarid, cotton and grain fields must be irrigated. Irrigation is accomplished by center-pivot irrigation, a process in which a large mechanical arm rotates around a center pivot, dispensing water along the long arm mechanism.