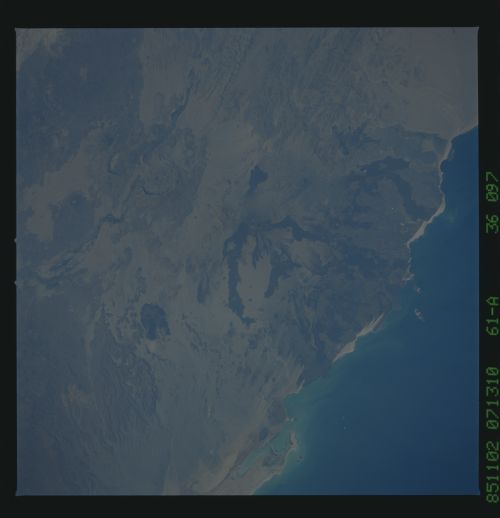 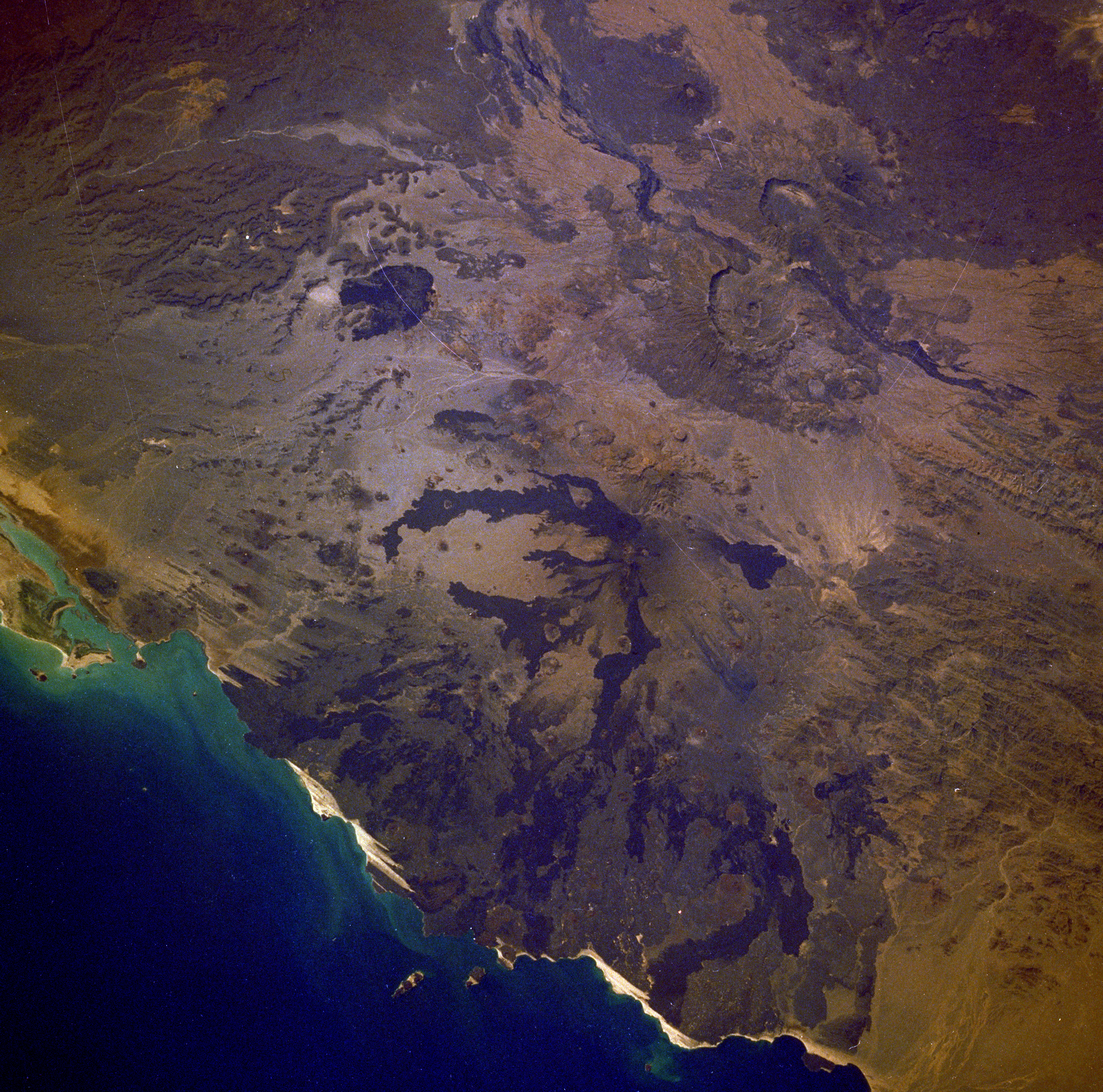 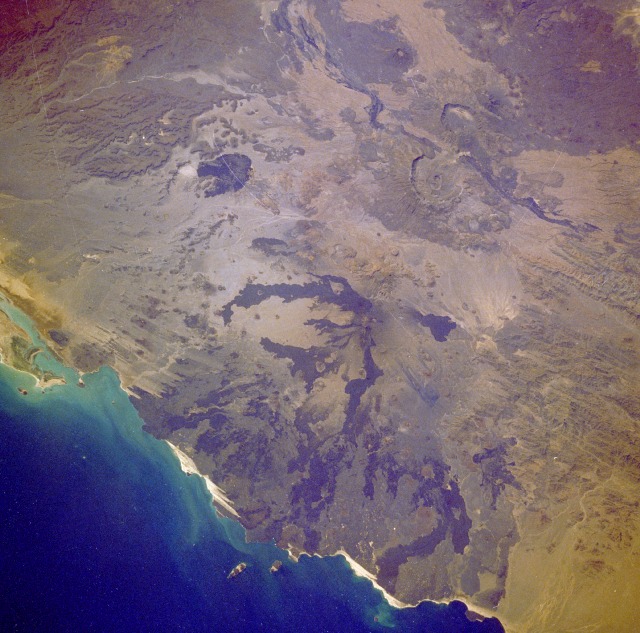 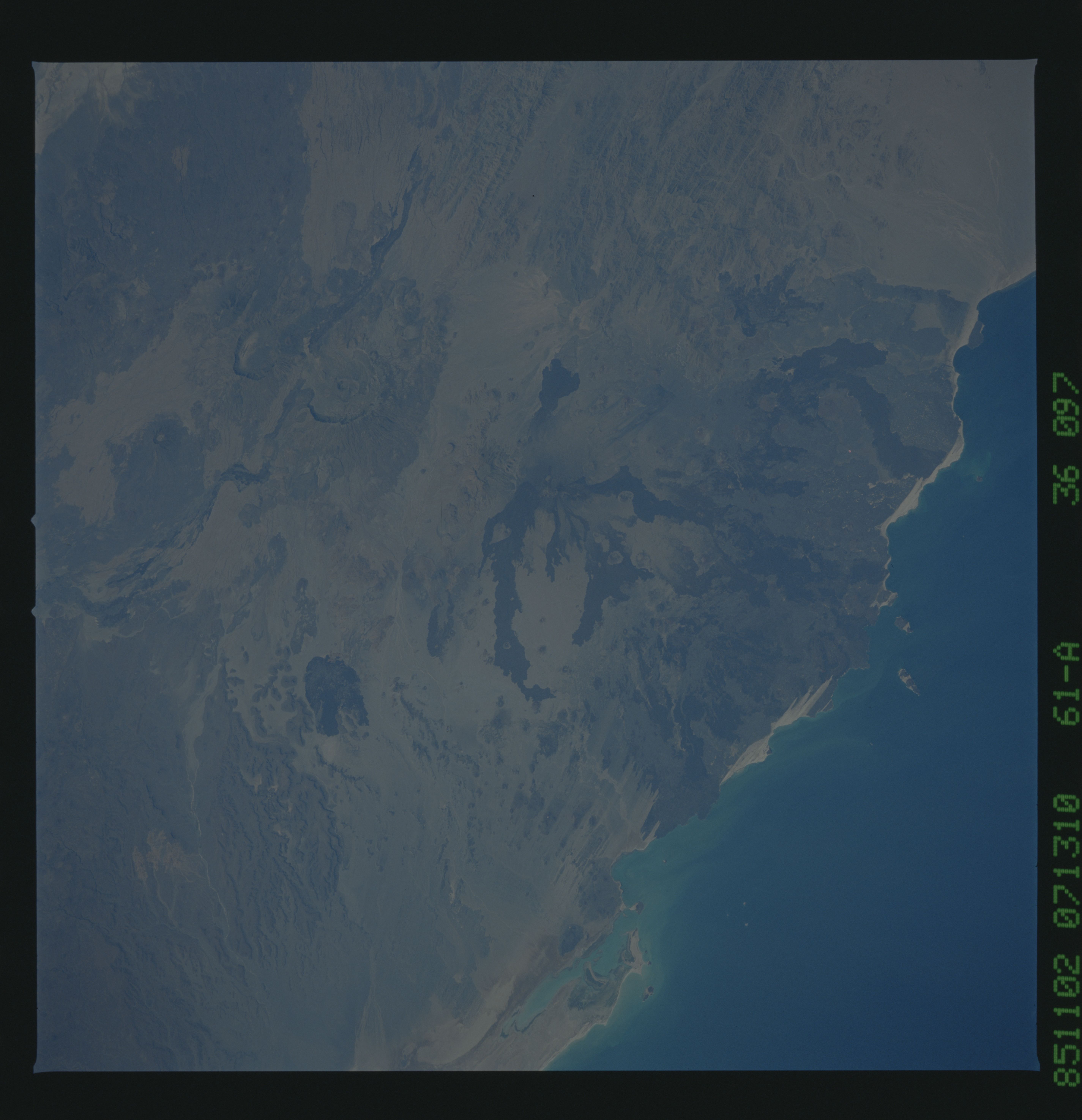 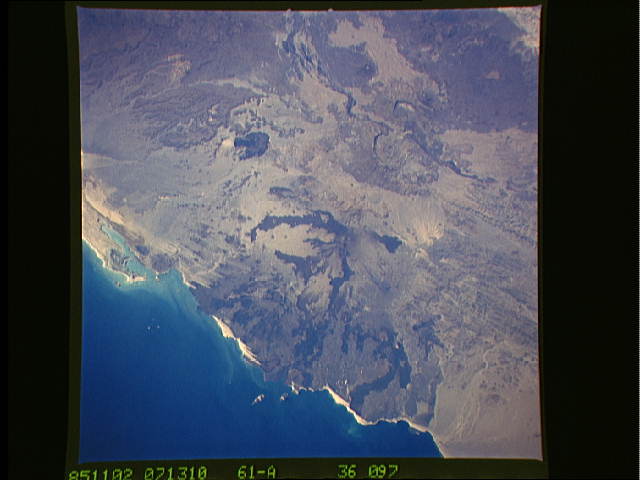 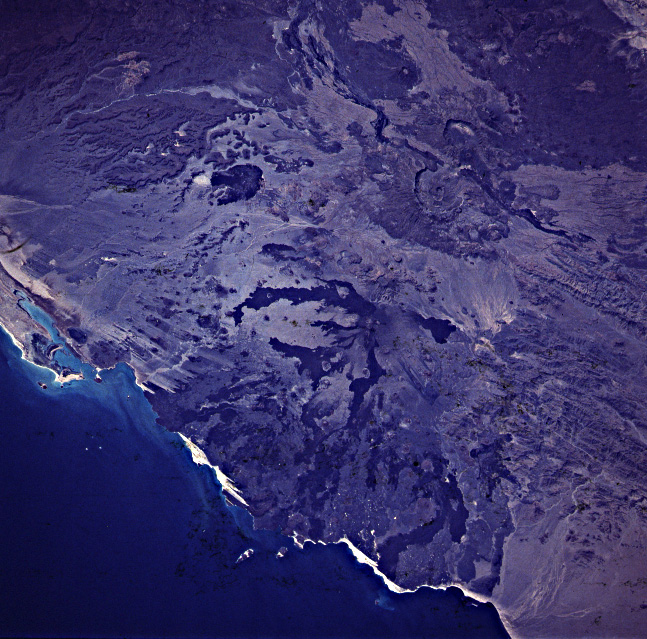 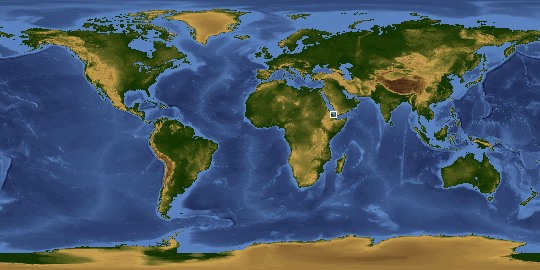 Other options available:
Download Packaged File
Download a Google Earth KML for this Image
View photo footprint information
Download a GeoTIFF for this photo
Image Caption: STS61A-36-0097 Volcanoes, Eritrea November 1985
Most of the volcanoes featured in this photograph lie within Eritrea, a small country along the west bank of the Red Sea that gained its independence May 24, 1993. Several individual volcanoes captured in this near-vertical photograph can be located by their lava flow patterns or by their calderas. Dubbi Volcano, near the center of the photograph, is the source of the dark radiating lava flows that extend generally northward toward the Red Sea. Because darker lava generally indicates fairly recent flows, photographs such as this one provide an excellent tool for mapping the distribution pattern and extent of the lava flow. A much smaller recent lava flow, probably emanating from a fissure, is discernible east of Dubbi. Prior to the last Dubbi eruption in 1990, two other eruptions occurred during the mid-1800s. Two sizable calderas of extinct volcanoes (Nabro and Mallahle) are visible south-southwest of Dubbi. The small area of wind streaks (wind erosion) along the coast suggests that the predominate wind direction is southeast to northwest.