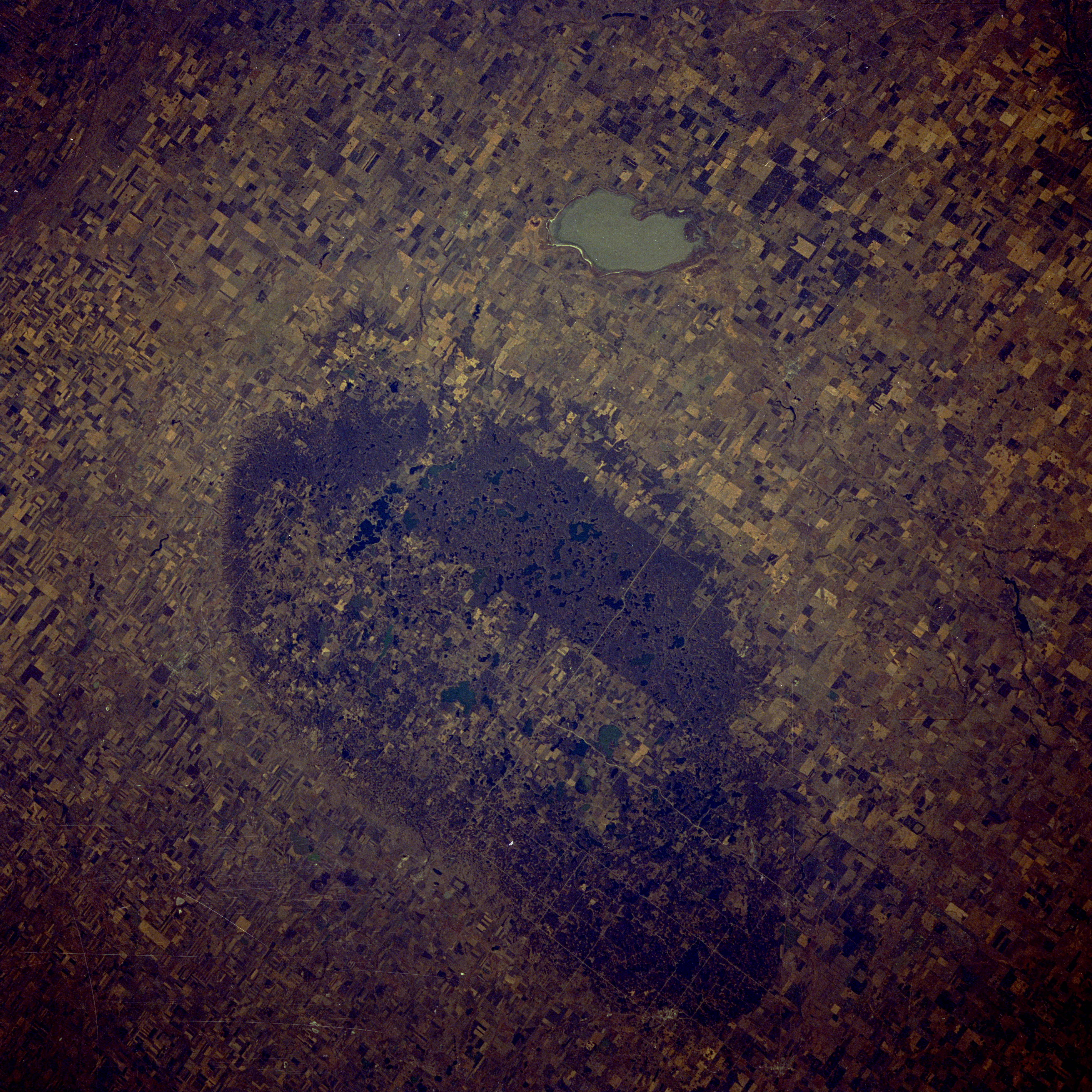 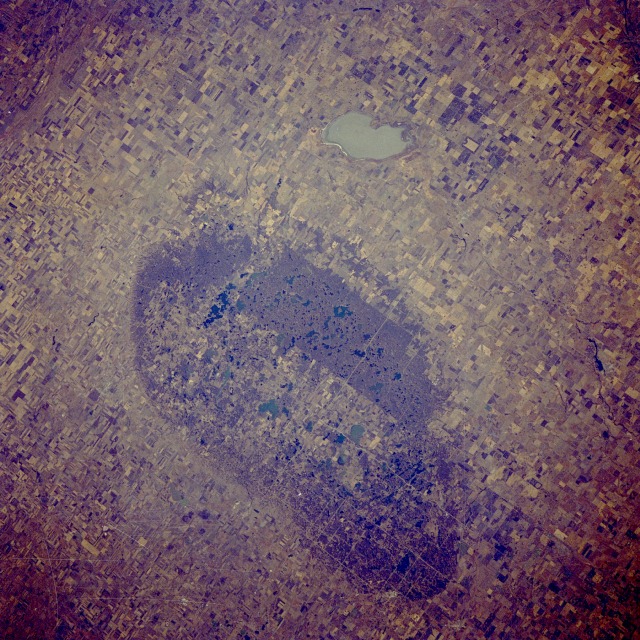 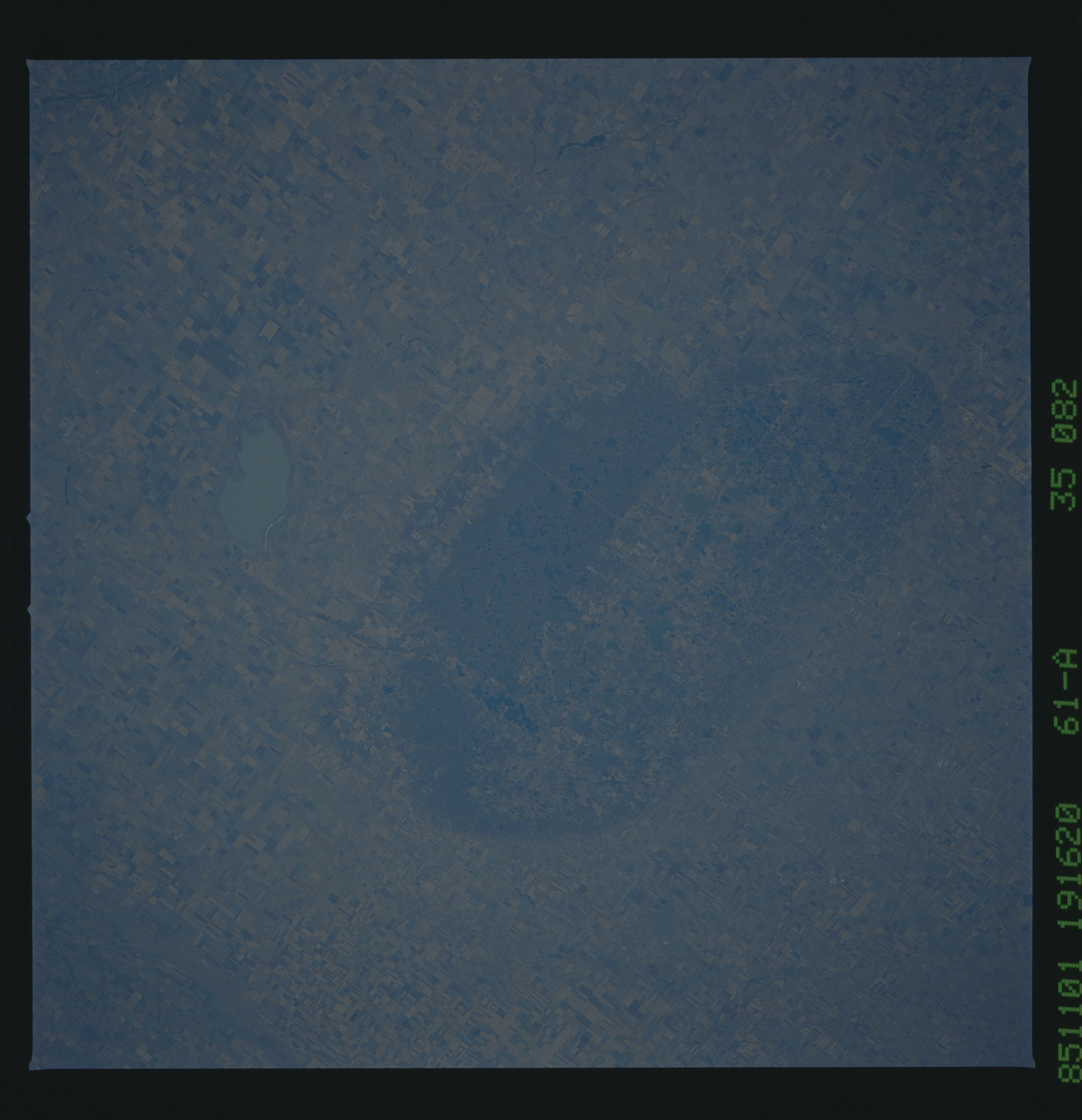 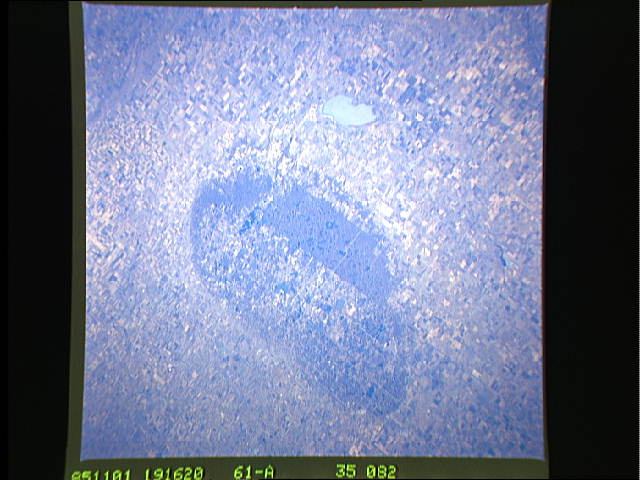 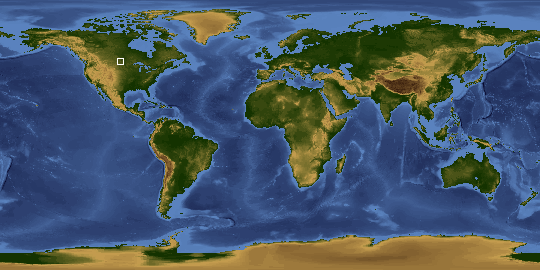 Other options available:
Download Packaged File
Download a Google Earth KML for this Image
View photo footprint information
Download a GeoTIFF for this photo
Image Caption: STS61A-35-0082 International Peace Garden, North-Central North Dakota, U.S.A., and Southwest Manitoba, Canada November 1985
The International Peace Garden is an international park that straddles the United States-Canada border. This physiographic phenomenon is slightly elevated [by several hundred feet (tens of meters)] from the surrounding flatland farming of the Great Plains. The region is in the heart of the spring wheat belt of north-central North Dakota and southwest Manitoba. A discernible line measuring 2000 feet (610 meters) outlines the perimeter of the rather oval International Peace Garden. The 49th parallel, the east-west alignment of the international border through the Peace Garden, can be distinguished by the dense vegetation and numerous small lakes (darker areas) on the Canadian side of the border and the farmland on the U.S. side. Whitewater Lake in southwestern Manitoba lies approximately 7 miles (11 kilometers) north of the International Peace Garden.