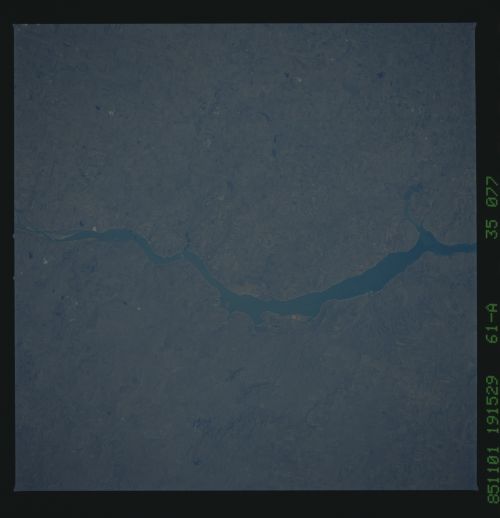 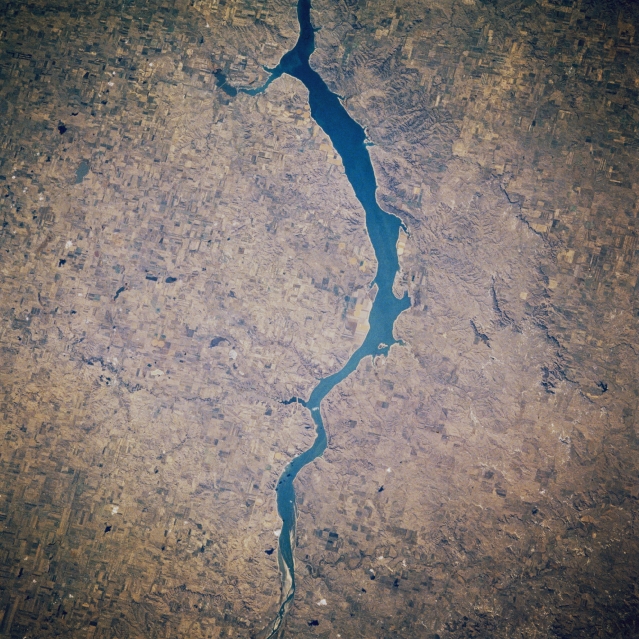 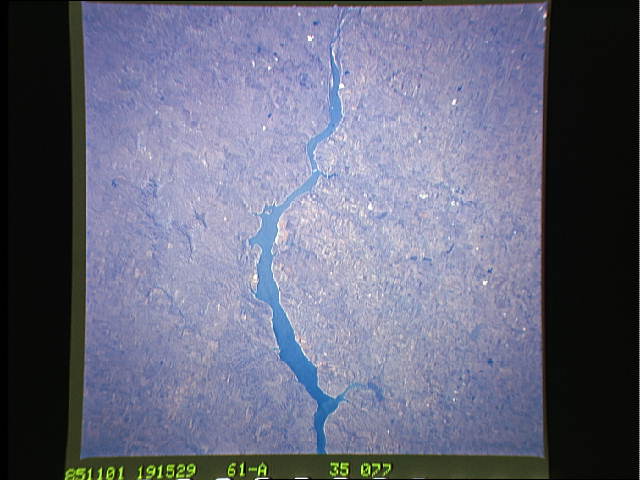 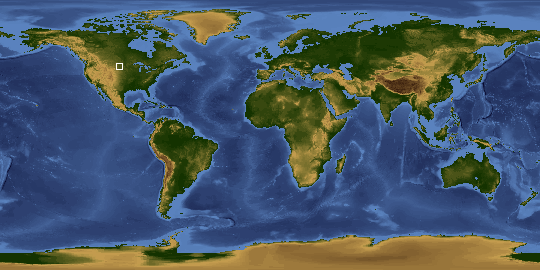 Other options available:
Download Packaged File
Download a Google Earth KML for this Image
View photo footprint information
Download a GeoTIFF for this photo
Image Caption: STS61A-035-0077 Lake Oahe, North Dakota, U.S.A. October 1985
Lake Oahe, 250 miles (403 kilometers) long, was completed in the 1950s and is used for recreation, irrigation, flood control, and hydroelectric power. The northern portion of the lake is featured in this south-looking, low-oblique photograph. The Missouri River Valley in which the lake sits is approximately 300 to 500 feet (92 to 153 meters) deep and is surrounded by bluffs and hills on either side. Land east of the lake was covered with ice age glaciers nearly 10 000 years ago, but land west of the lake was not touched by glaciation. Visible are agricultural fields to the east of the lake and to the west the hilly terrain of the Standing Rock Indian Reservation in which is buried Chief Sitting Bull of the Sioux Indians.