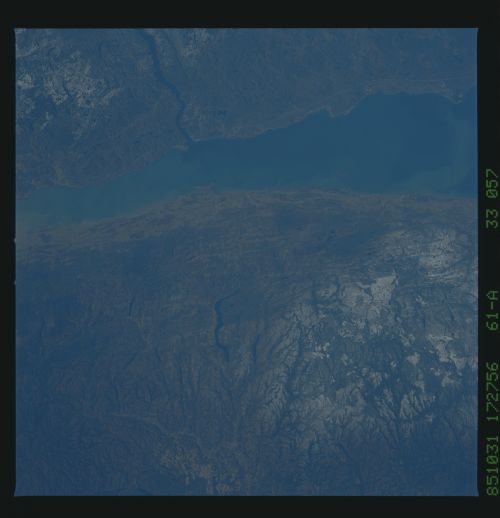 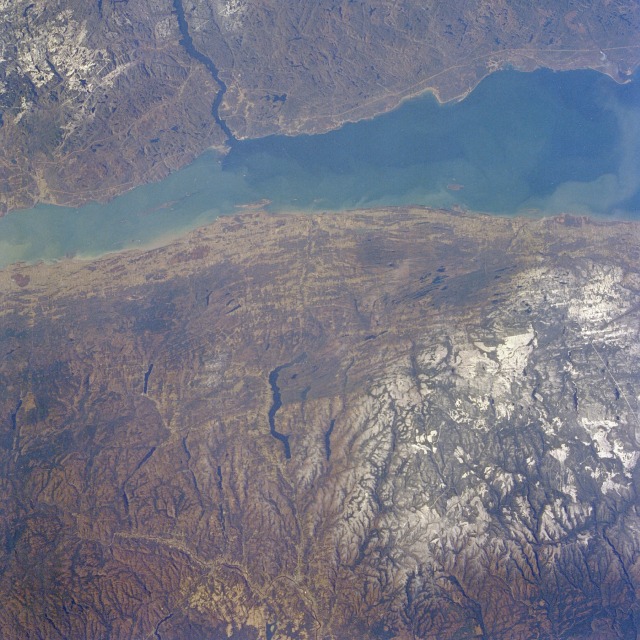 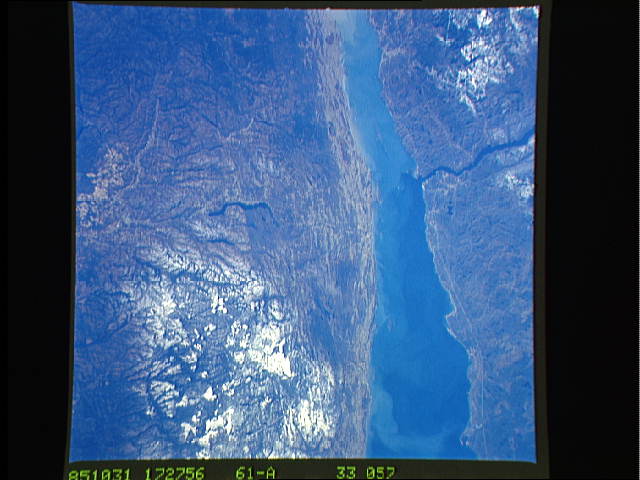 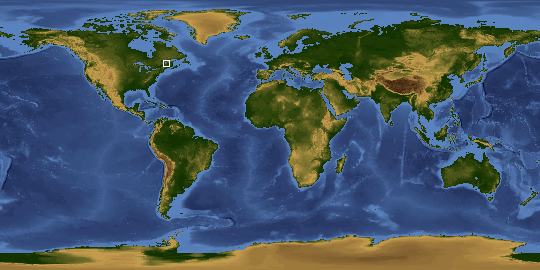 Other options available:
Download Packaged File
Download a Google Earth KML for this Image
View photo footprint information
Download a GeoTIFF for this photo
Image Caption: STS61A-33-0057 Saint Lawrence River, Quebec, Canada November 1985
A 60-mile (97-kilometer) stretch of the Saint Lawrence River as it flows northeast toward the Gulf of Saint Lawrence and then into the Atlantic Ocean can be seen in this near-vertical photograph. As the river flows northeast, it increases in width from approximately 12 miles (20 kilometers) to almost 30 miles (50 kilometers) at its widest point. Bounded on either side by the Canadian province of Quebec, the Saint Lawrence River is the connecting link for shipping traffic between the Atlantic Ocean and the Great Lakes. The area shown in this photograph was covered by the Laurentide Ice Sheet that covered the northeastern part of North America 10 000 to 15 000 years ago. The effects of the erosive power of the ice sheet and the widespread scouring caused by the movement of the continental ice sheets are evident on this landscape. The glaciers created a chaotic drainage system both north and south of the river. A smooth-looking relief with many lakes is a remnant from the glacial action. Both the Laurentian Mountains north of the Saint Lawrence River and the Notre Dame Mountains south of the river are ancient, worn, low mountains with average elevations of approximately 2000 feet (610 meters); traces of snow are observed in both mountain ranges. The thin linear features primarily north of the river are power line rights-of-way. The Saguenay River enters the Saint Lawrence River from the northwest, and Lake Temisquate is the elongated lake south of the river.