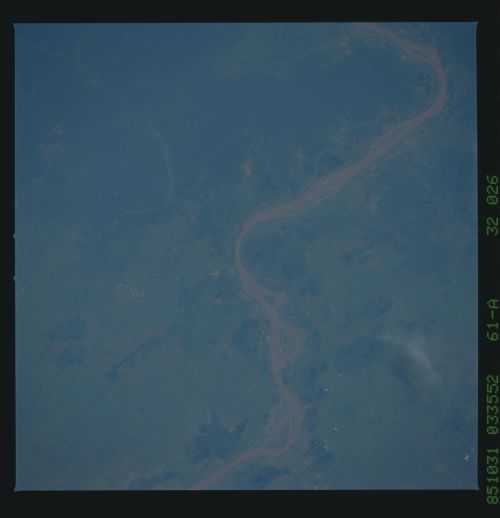 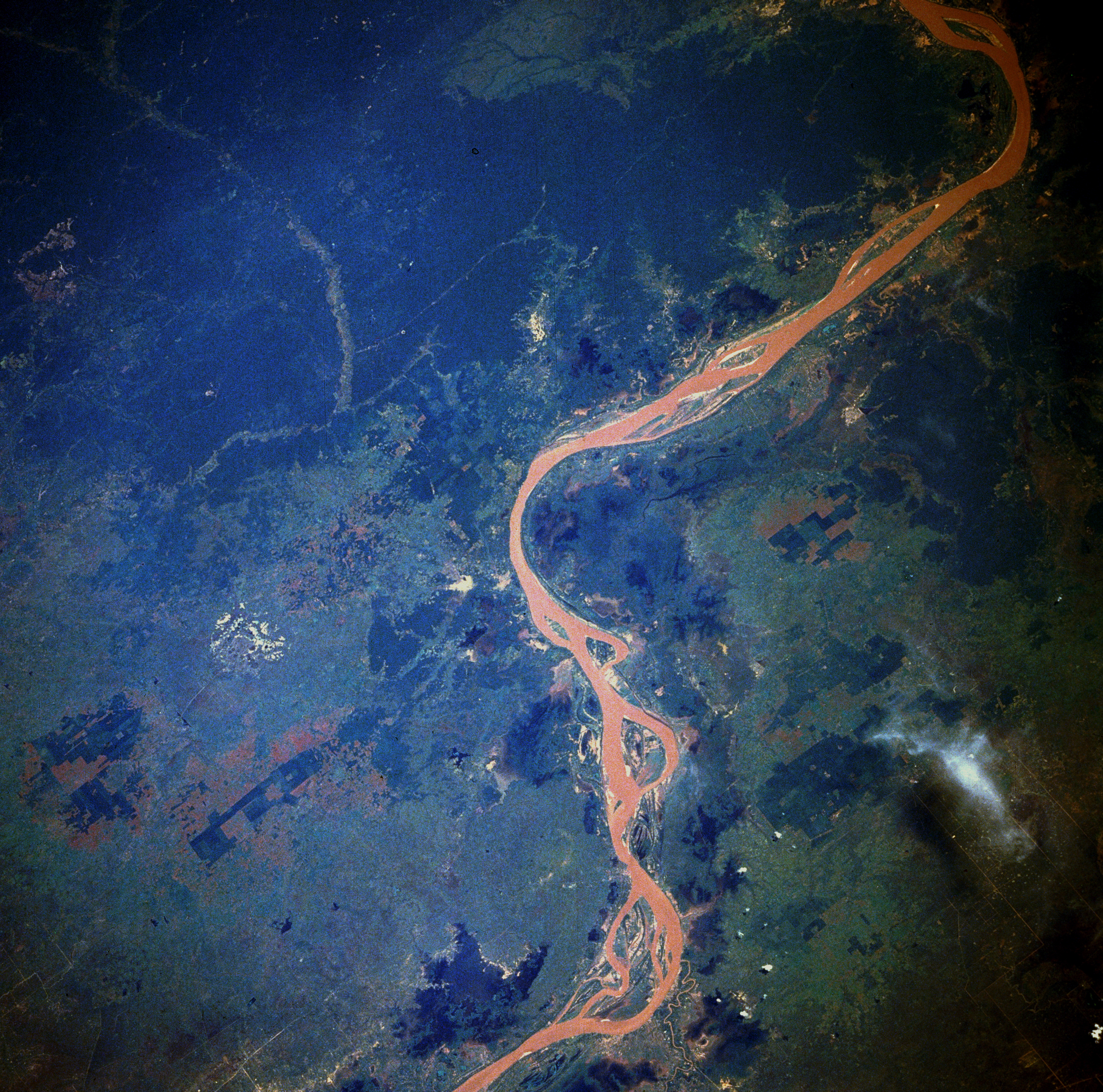 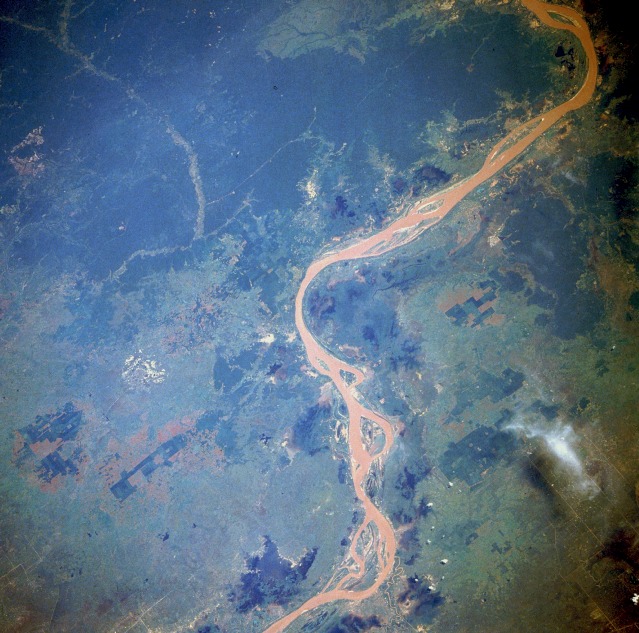 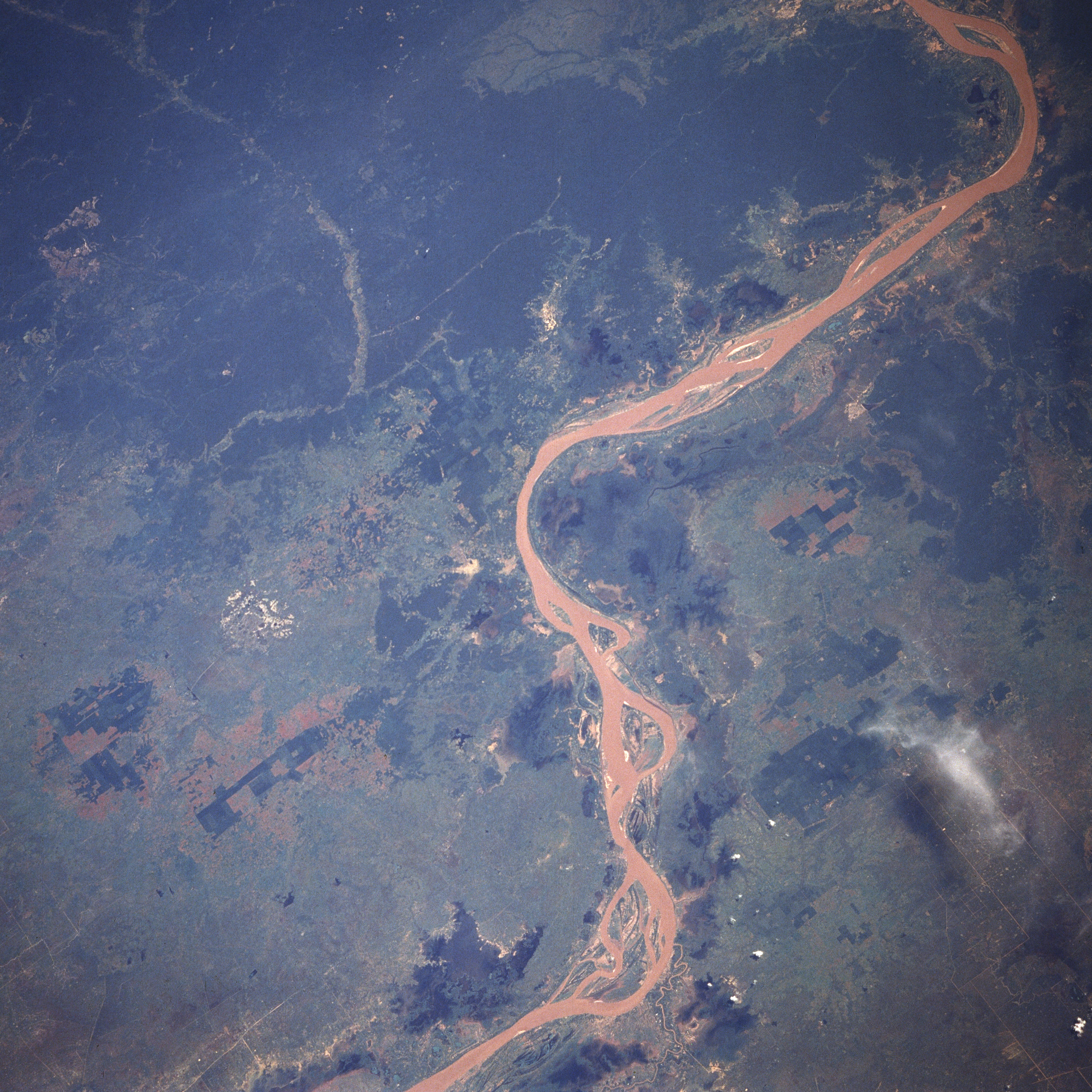 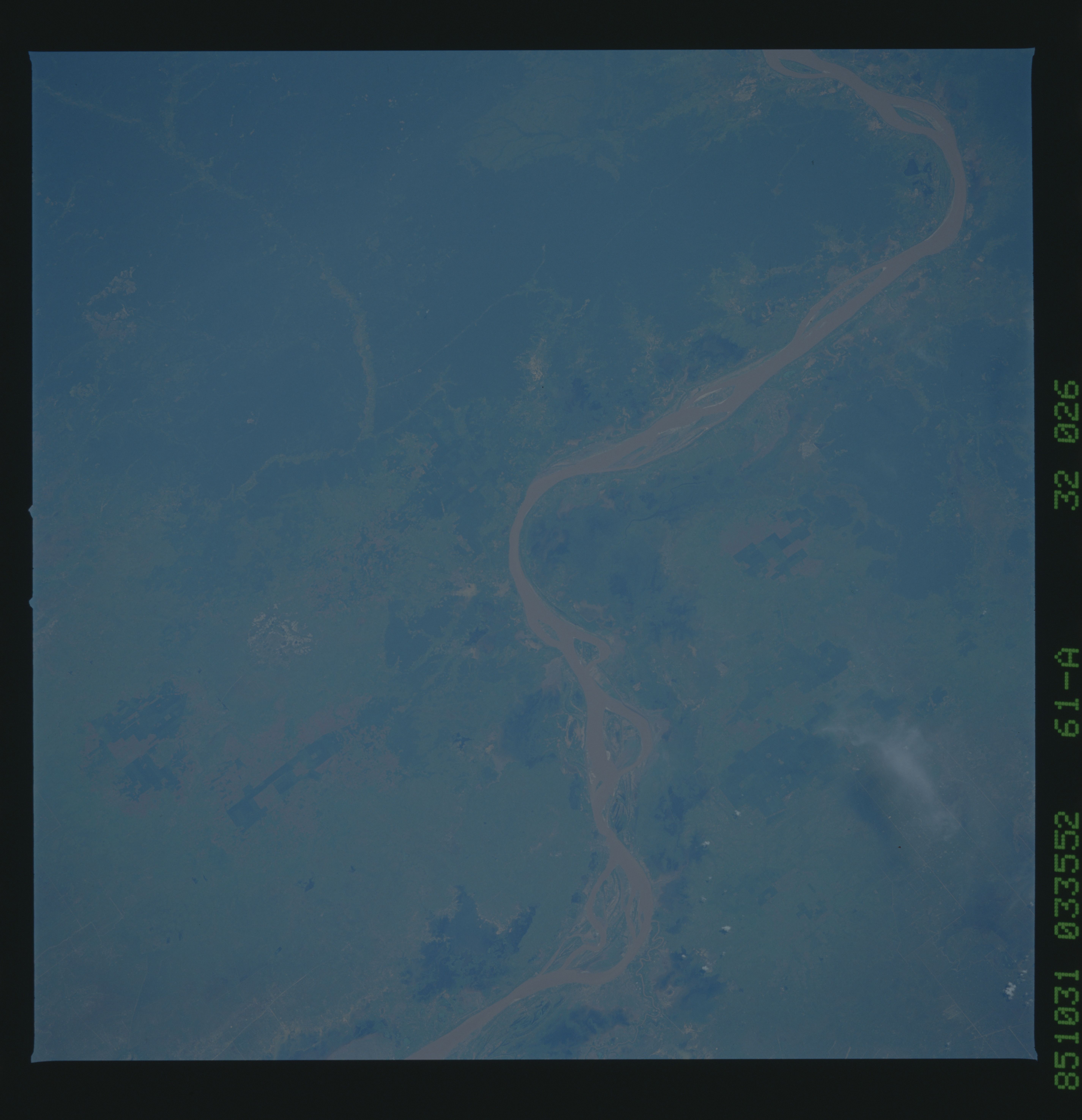 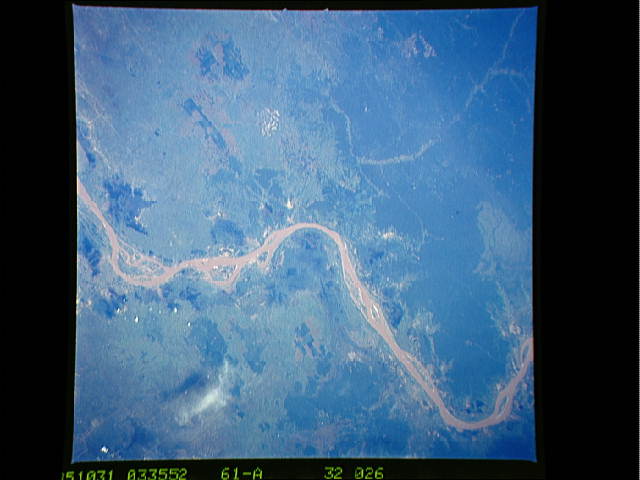 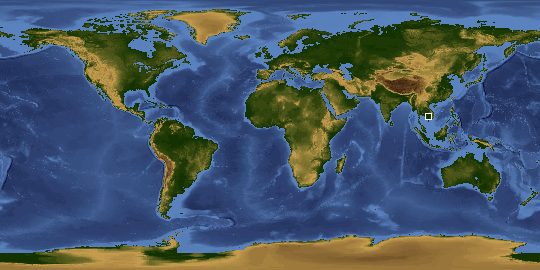 Other options available:
Download Packaged File
Download a Google Earth KML for this Image
View photo footprint information
Download a GeoTIFF for this photo
Image Caption: STS61A-32-0026 Mekong River, Cambodia (Kampuchea) October 1985
One of the great rivers of Southeast Asia, the Mekong on the Cambodian Plains northeast of Phnom Penh, can be seen in this north-looking, low-oblique photograph. The Mekong River, 2600 miles (4185 kilometers) long, rises in the Tanglha Range in the Tibetan Plateau of China at an elevation of more than 16 000 feet (5000 meters). The river flows generally south through Yunan Province in deep gorges and over many rapids. The Chinese call the Mekong the "turbulent river." Leaving Yunan Province, the river forms the Burma-Laos border, then curves east and south through northwest Laos before forming the Laos-Thailand border. From southwest Laos, the river descends onto the Cambodian Plain as a broad, lazy, silt-laden river clogged with many small islands (visible in the photograph). During the dry season, the Mekong receives water from Tonle Sap Lake, a natural reservoir northwest of Phnom Penh; however, during the rainy season, the floodwaters of the Mekong reverse the direction of the Tonle Sap River and flow into Tonle Sap Lake. The Mekong finally enters the South China Sea through its many distributaries in southern Vietnam's vast Mekong Delta, one of the greatest rice-growing areas of Asia. Deforested areas, especially on the Cambodian Plain, appear on both sides of the river.