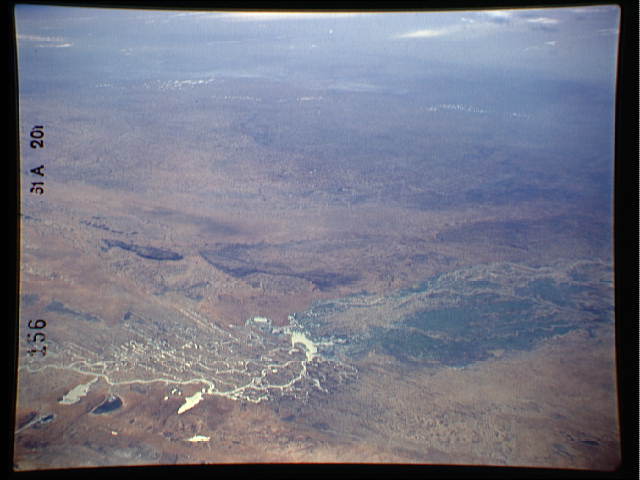 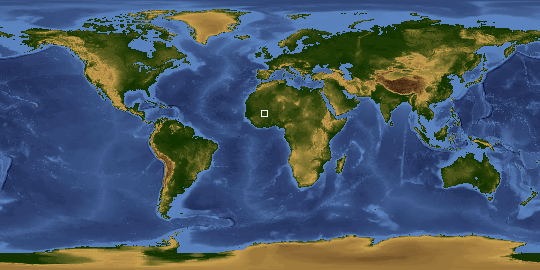 Other options available:
Download Packaged File
Download a Google Earth KML for this Image
View photo footprint information
Image Caption:
There ARE rivers in the desert, though STS61A-201-156 Long
southward view of the inland delta of the Niger. The river
flows northwestward from a mountainous tropical region in
southwest Africa into the edge of the Sahara, where it is
blocked by an ancient sand dune field. The blockage caused
deposition of sediment, formation of swamps, and a great
inland delta. During most years enough water trickles
through the sand dune field to coalesce into a rewned river,
which flows southeastward and then south to Nigeria and the
Atlantic Ocean. Tibuctoo is just off the photograph to the
left. This town - the epitope of the ends of the Earth -
grew at the southern end of caravan routes from the
Mediteranean Sea across the Sahara Desert, and the north end
of trade routes from tropical Africa. It had a major
Univaersity staffed by scholars renowned in the Arab world
during the Dark Ages of Europe.