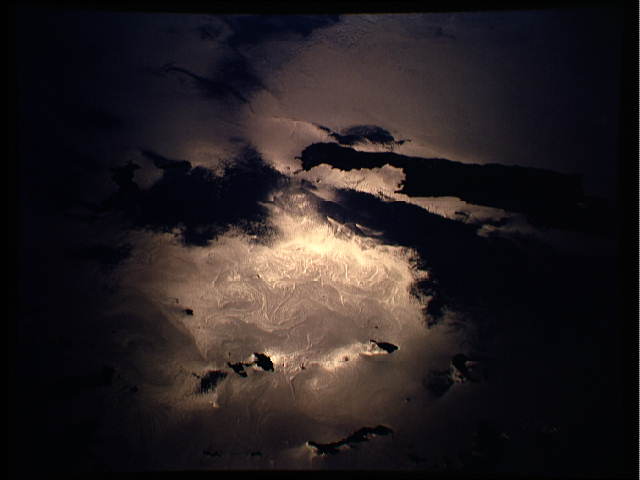 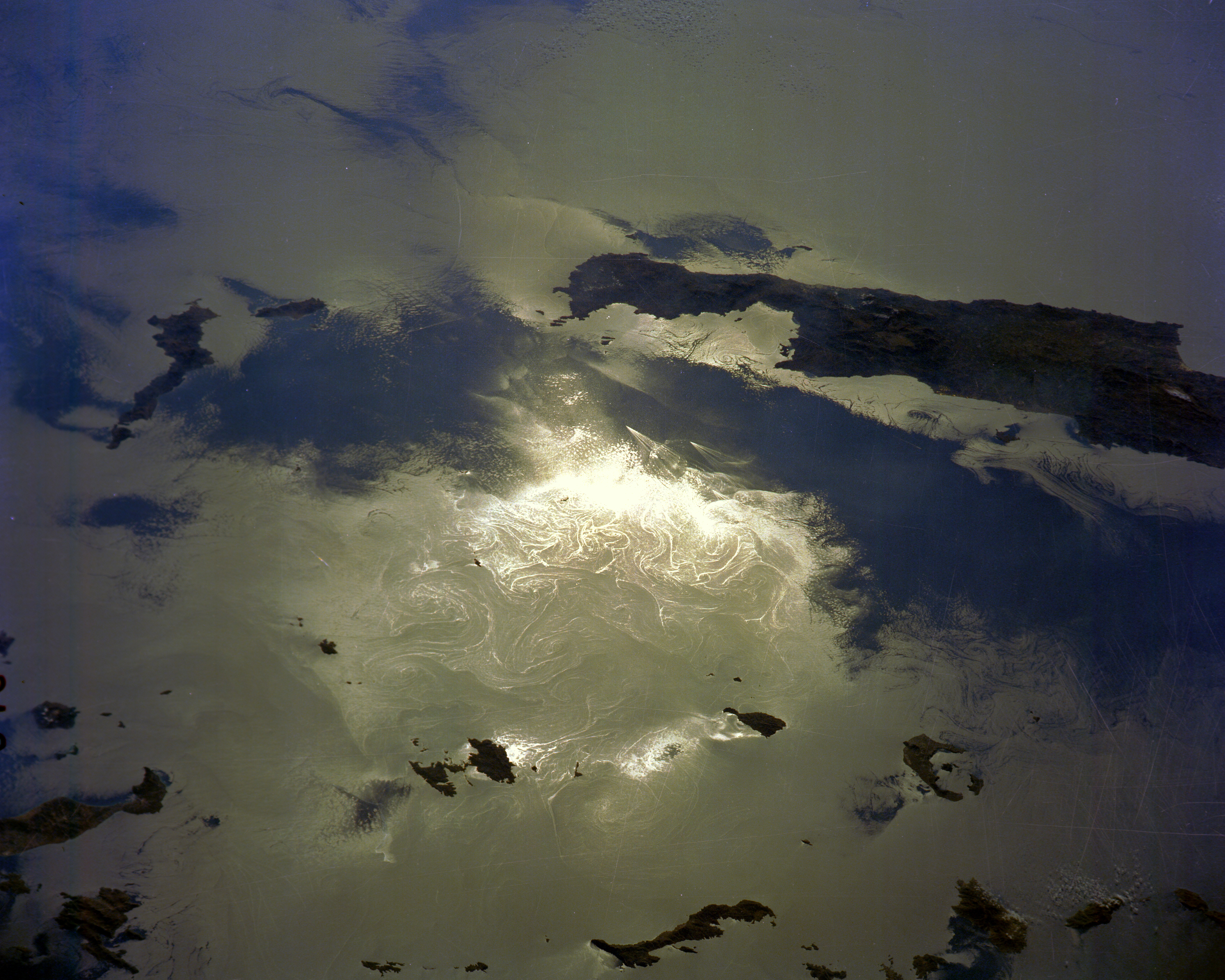 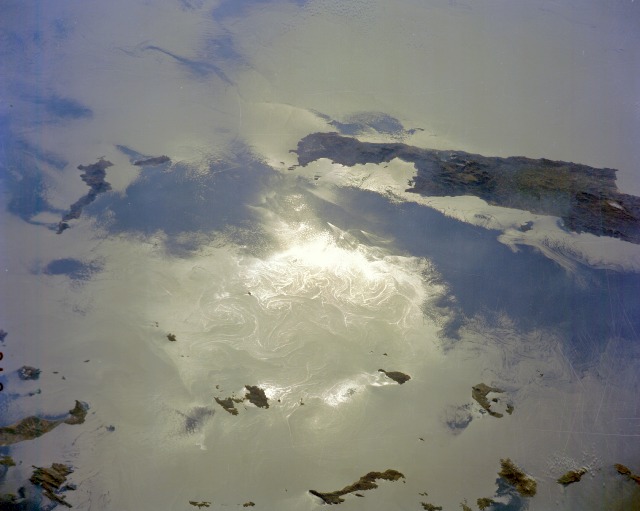 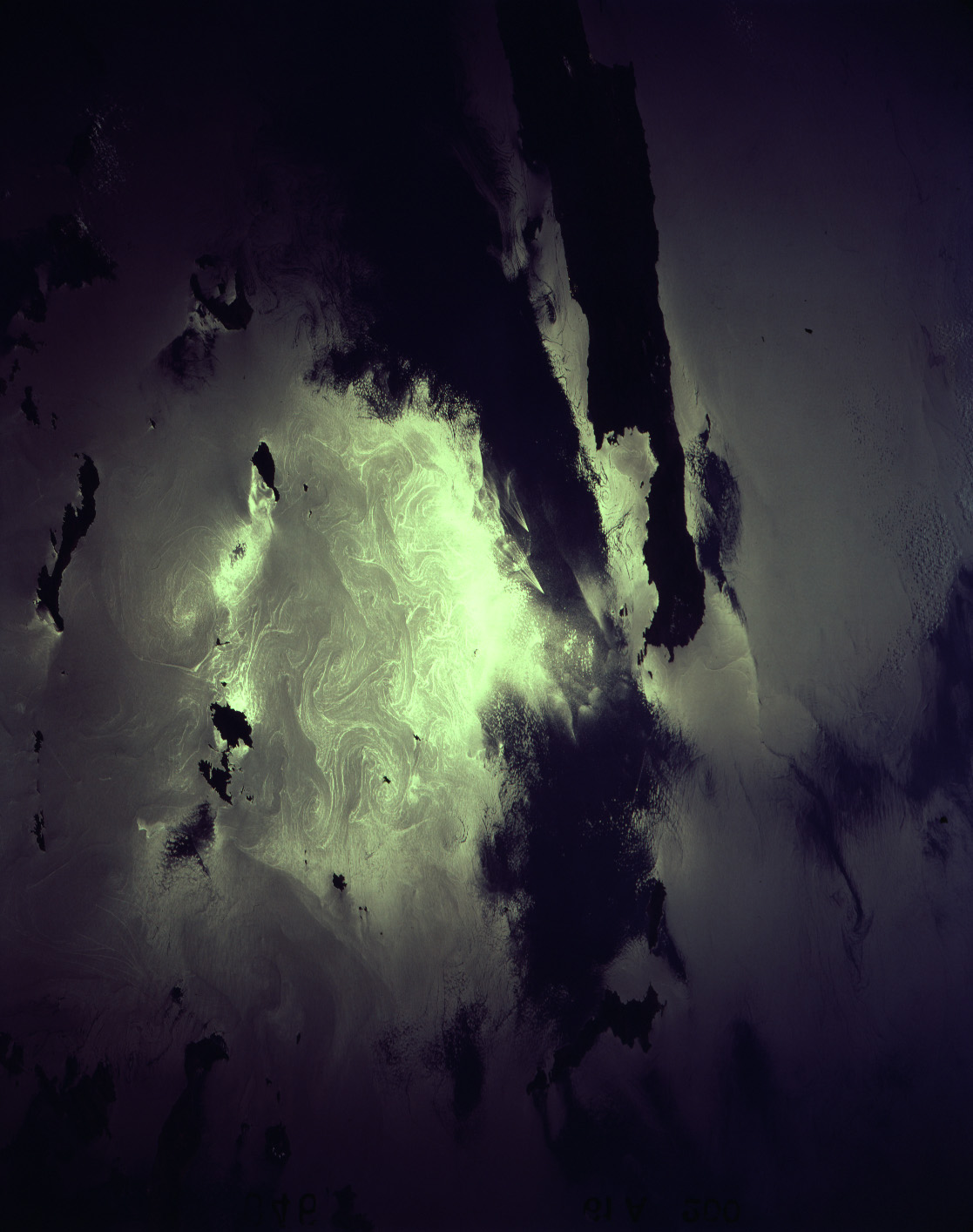 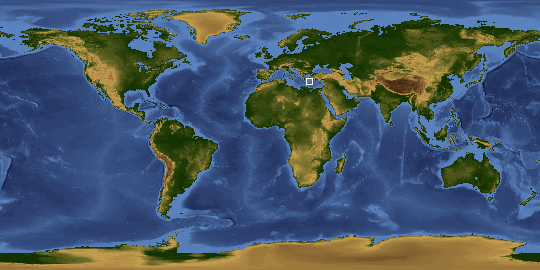 Other options available:
Download Packaged File
Download a Google Earth KML for this Image
View photo footprint information
Image Caption: STS61A-200-0046 Ocean Dynamics, Sea of Crete November 1985
Despite the underexposure of this southeast-looking photograph of the Sea of Crete and the small amount of information that can be gleaned from the islands (dark areas silhouetted against the water background), a camera-Sun relationship produced a phenomenon called sunglint. Sunglint is produced when a camera focuses on a water surface where light from the water surface reflects through the camera lens onto the film. Geometrically, this effect occurs only when the view focuses toward the Sun. The result of this interaction produces an image that can be used to analyze dynamic ocean features. Sea surface roughness determines the intensity or amount of reflected energy that is portrayed on the film--a smooth sea surface is more highly reflective than a rough sea, thereby producing areas on the film that are brighter. This sunglint photograph shows a tremendous amount of dynamic surface water detail--spiral eddies in the Sea of Crete north of the island of Crete, two very pronounced V-shaped ship wakes in the darker water off the northeast coast of Crete (indicative of ships traveling at high speeds through a rather calm sea), and island wakes around the smaller islands north of Crete.