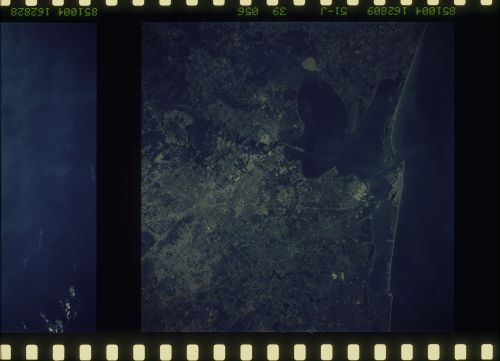 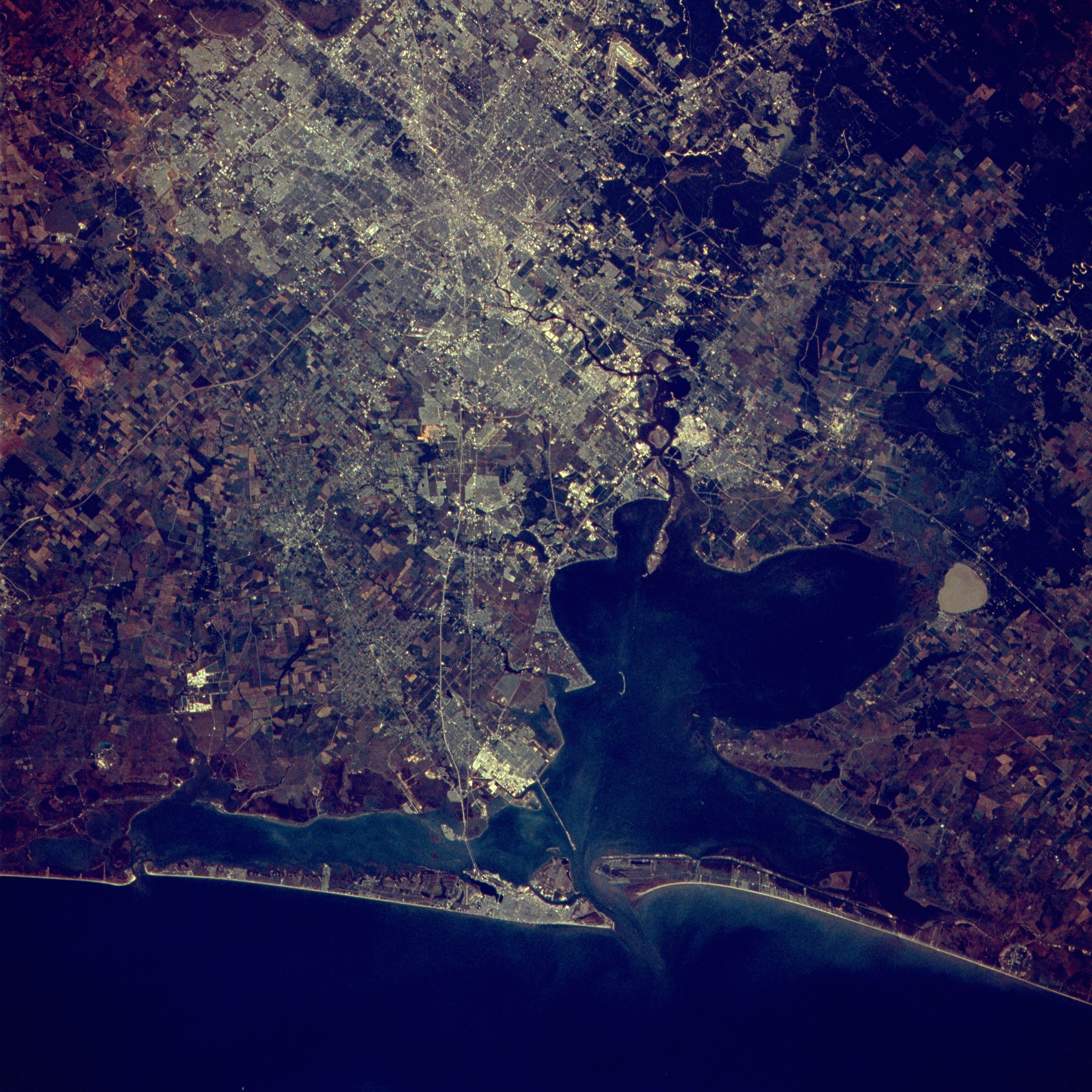 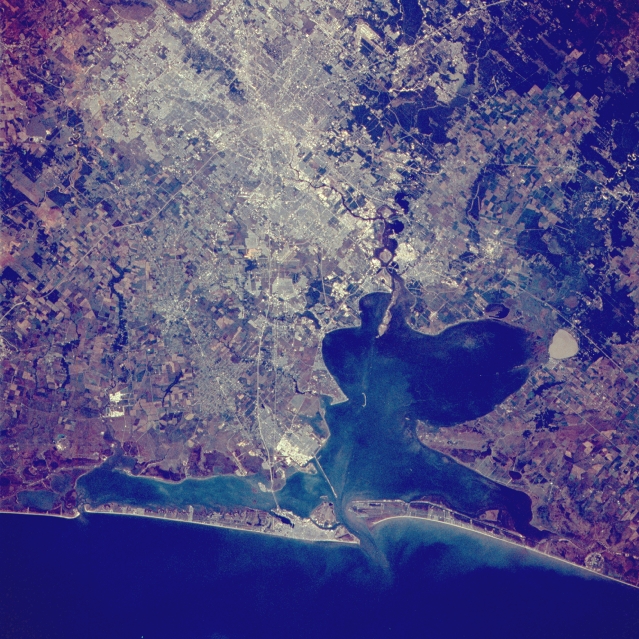 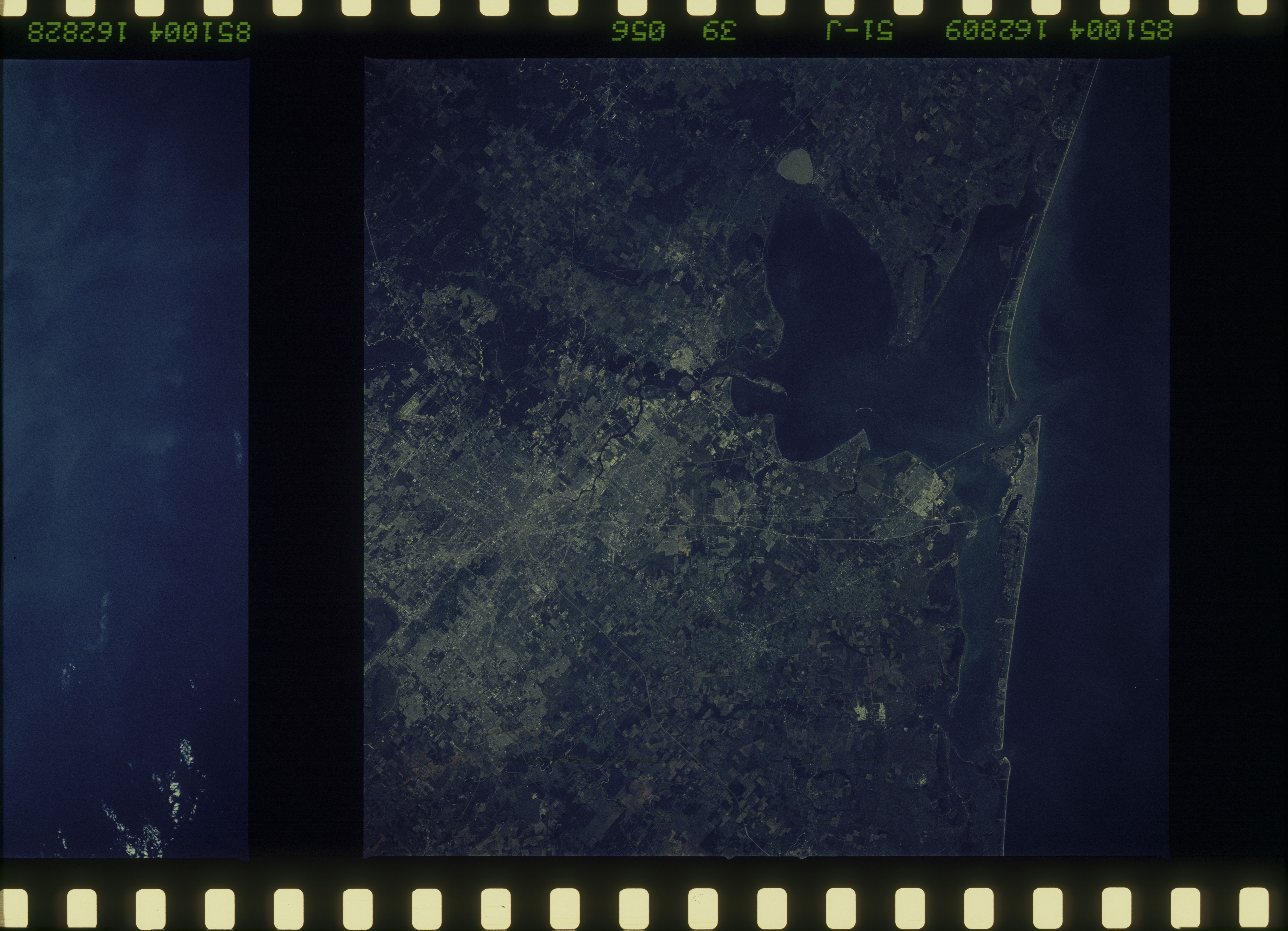 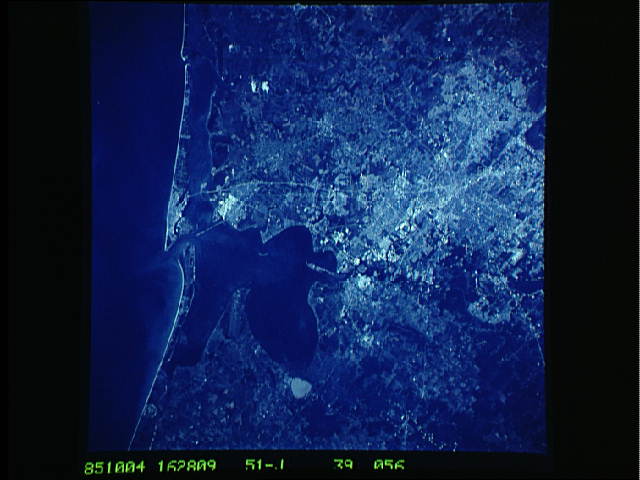 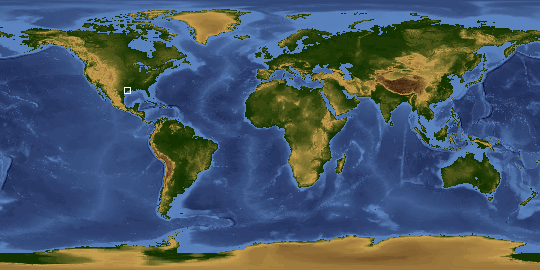 Other options available:
Download Packaged File
Download a Google Earth KML for this Image
View photo footprint information
Image Caption: STS51J-039-0056 Houston and Galveston, Texas, U.S.A. October 1985
The Houston and Galveston metropolitan areas appear in this northwest-looking, low-oblique photograph. Houston, the fourth most populous city in the United States and home of the NASA Lyndon B. Johnson Space Center, is a major oil center and a major commercial, medical, financial, and transportation hub along the Gulf of Mexico. The city has grown rapidly with the completion of the Houston Ship Channel in 1914 and is now the third-busiest port in the United States. From the center of the city Interstate Highway 45 extends southeastward to Galveston, which has major shipbuilding and ship repair facilities and is a major tourist area. Visible is Galveston Bay, a shallow inlet of the Gulf of Mexico.