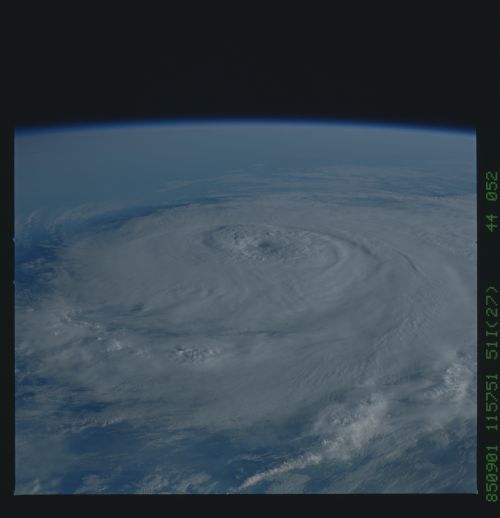 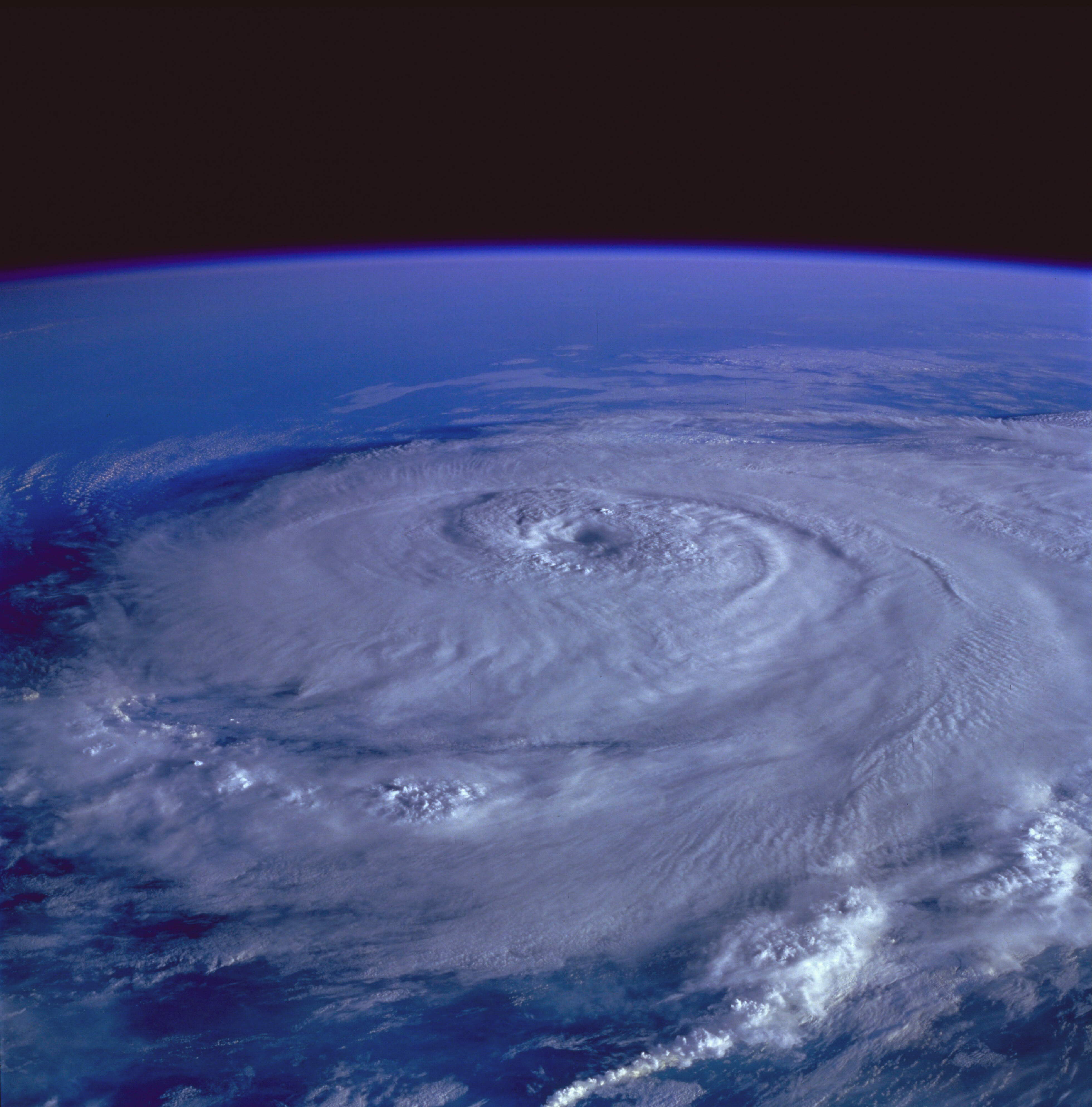 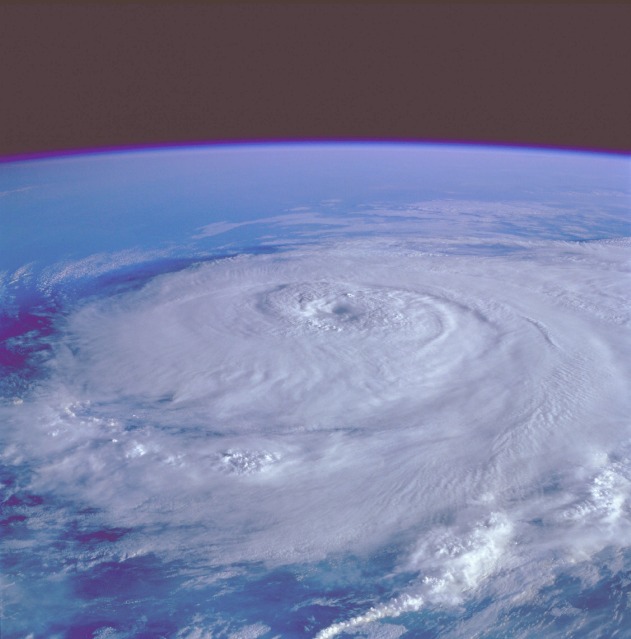 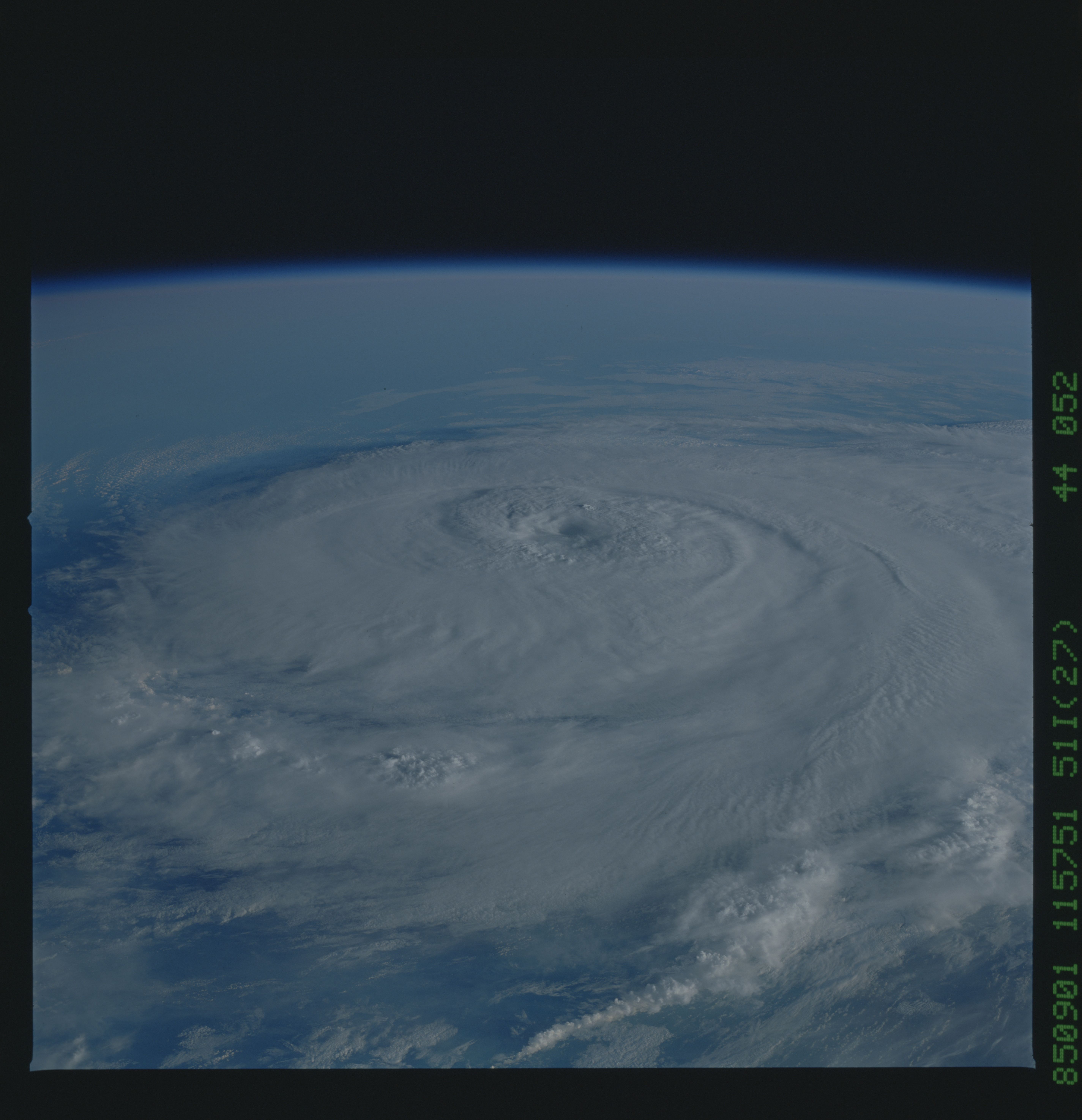 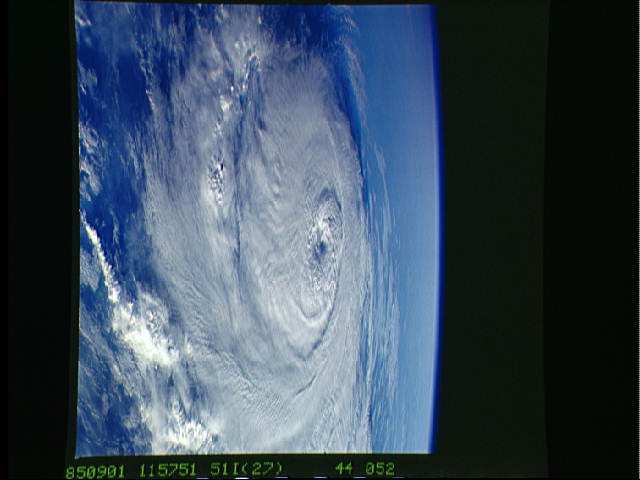 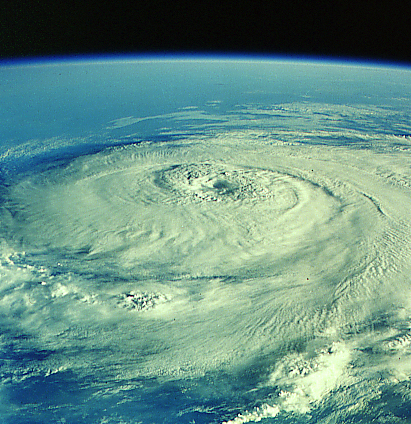 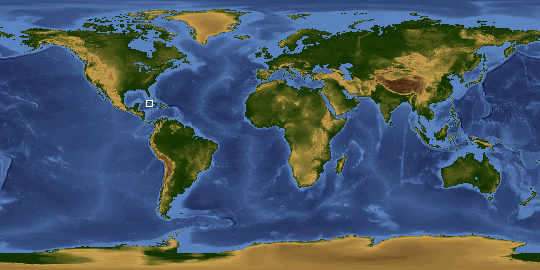 Other options available:
Download Packaged File
Download a Google Earth KML for this Image
View photo footprint information
Image Caption: STS51I-44-0052 Hurricane Elena, Gulf of Mexico September 1985
Hurricane Elena, with wind speeds in excess of 110 miles per hour (177 kilometers per hour), was photographed in the Gulf of Mexico on September 1, 1985. Almost the entire storm can be seen in this high-oblique photograph. For instance, a number of thunderstorms with their overshooting tops, the spiral bands of numerous thunderstorms leading to the eye of the hurricane, and numerous cloud gravity waves within the spiral bands can be seen. Some portions of the eye wall, where the most destructive winds of the storm occur, are also visible. This storm eventually made landfall near Gulfport, Mississippi.

Hurricane Elana in the Gulf of Mexico, exact location unknown. The presence of a tight, well formed, gyre and elevated cloud berm bordering the eye, are indicators of a very powerful and dangerous hurricane with very high internal cyclonic wind speeds.