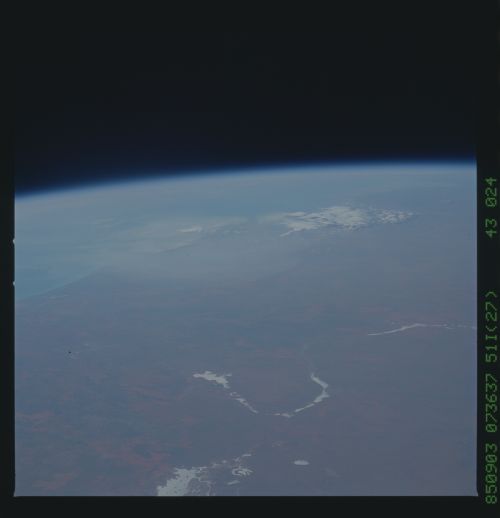 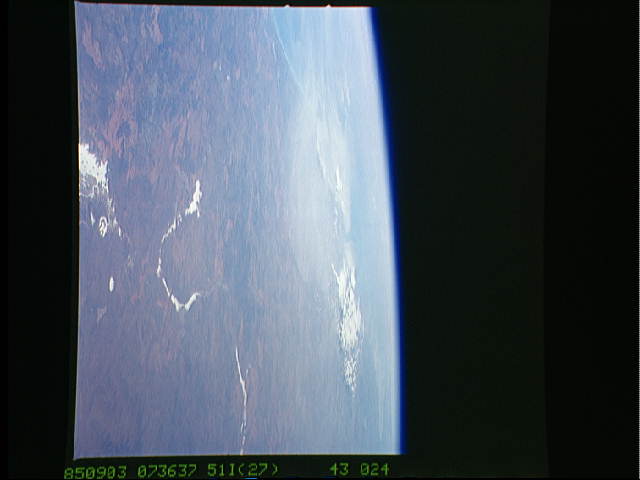 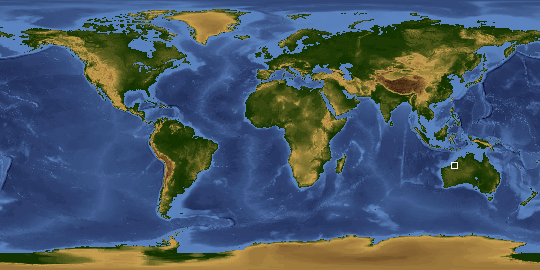 Other options available:
Download Packaged File
Download a Google Earth KML for this Image
View photo footprint information
Image Caption: Lying between the vegetated sand fields of the Great Sandy and
Gibson Deserts, is the prominent string of white salt lakes, from
Lake Dora in the west (left) to the Penival Lakes (right). These
are the best examples of lakes forming in the dry bed of a large
ancient river. Most major lakes in Central Australia developed
in this way. The dominant pattern in the sand areas is formed by
burn scars exposing the underlying red soils and sands.