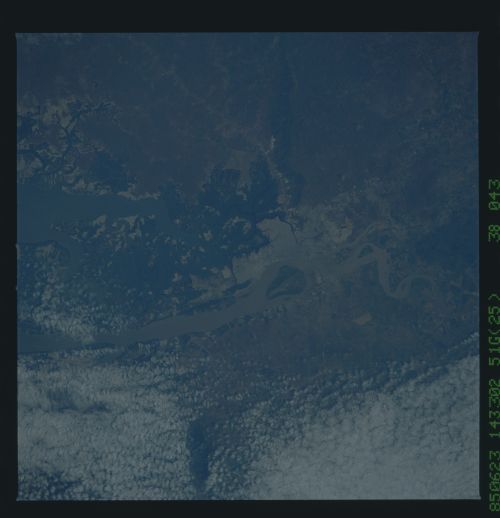 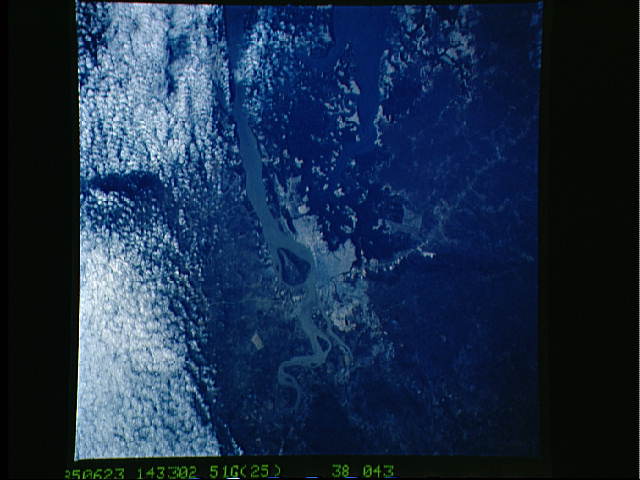 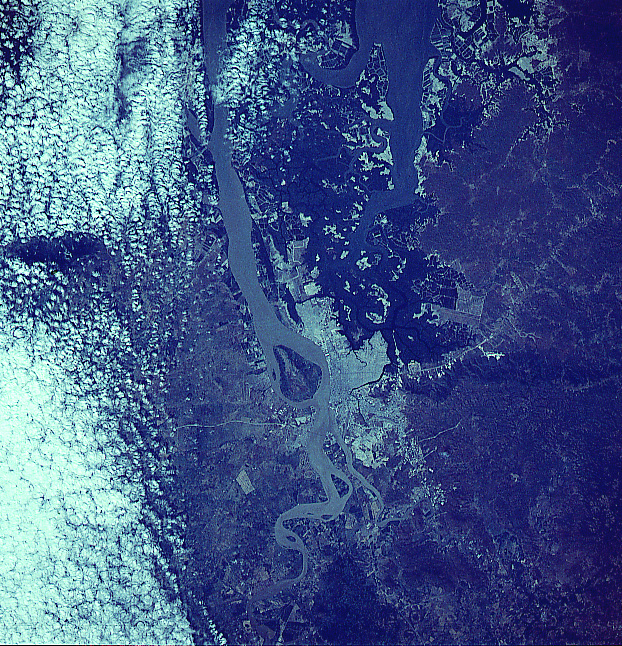 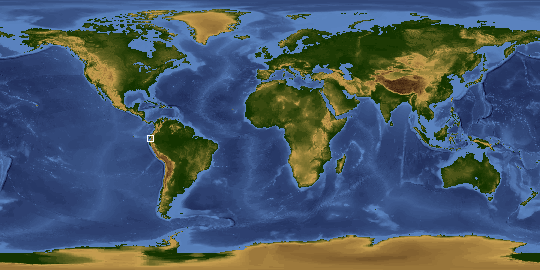 Other options available:
Download Packaged File
Download a Google Earth KML for this Image
View photo footprint information
Image Caption: STS51G-38-0043 Guayaquil, Ecuador June 1985
The largest city in Ecuador, Guayaquil, can be seen in this near-nadir view (north to left). Guayaquil is a bustling city combining the functions of a national port and manufacturing center, with good road and rail links to most of Ecuador. With the capture of Guayaquil from Spanish forces in 1821 and with Ecuador gaining independence from Spain shortly thereafter, the city began to grow in strategic and economic importance. The sediment-laden Guayas River spans the center of the image, and Santay Island is near the center of the view. A 33 foot (10 meter) deep channel is maintained from the comparatively sediment free Salado estuary (at right center) to the Gulf of Guayaquil and the Pacific Ocean, about 43 miles (70 km) from the Guayaquil's port facilities to the south of the city. Clouds cover the broad, poorly drained lowlands east of the city (upper portion of image). The low-flat-topped Blue Hills are discernible to the west of the city (bottom left).