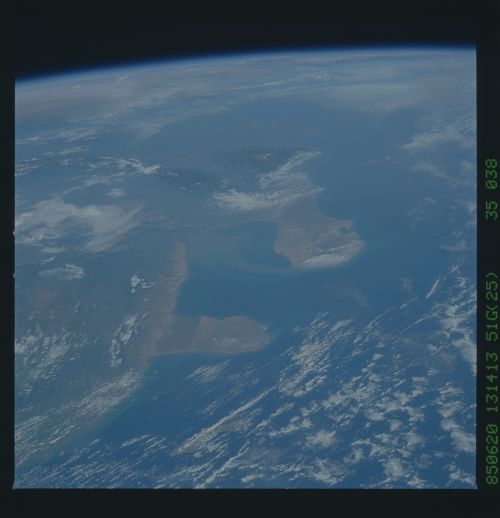 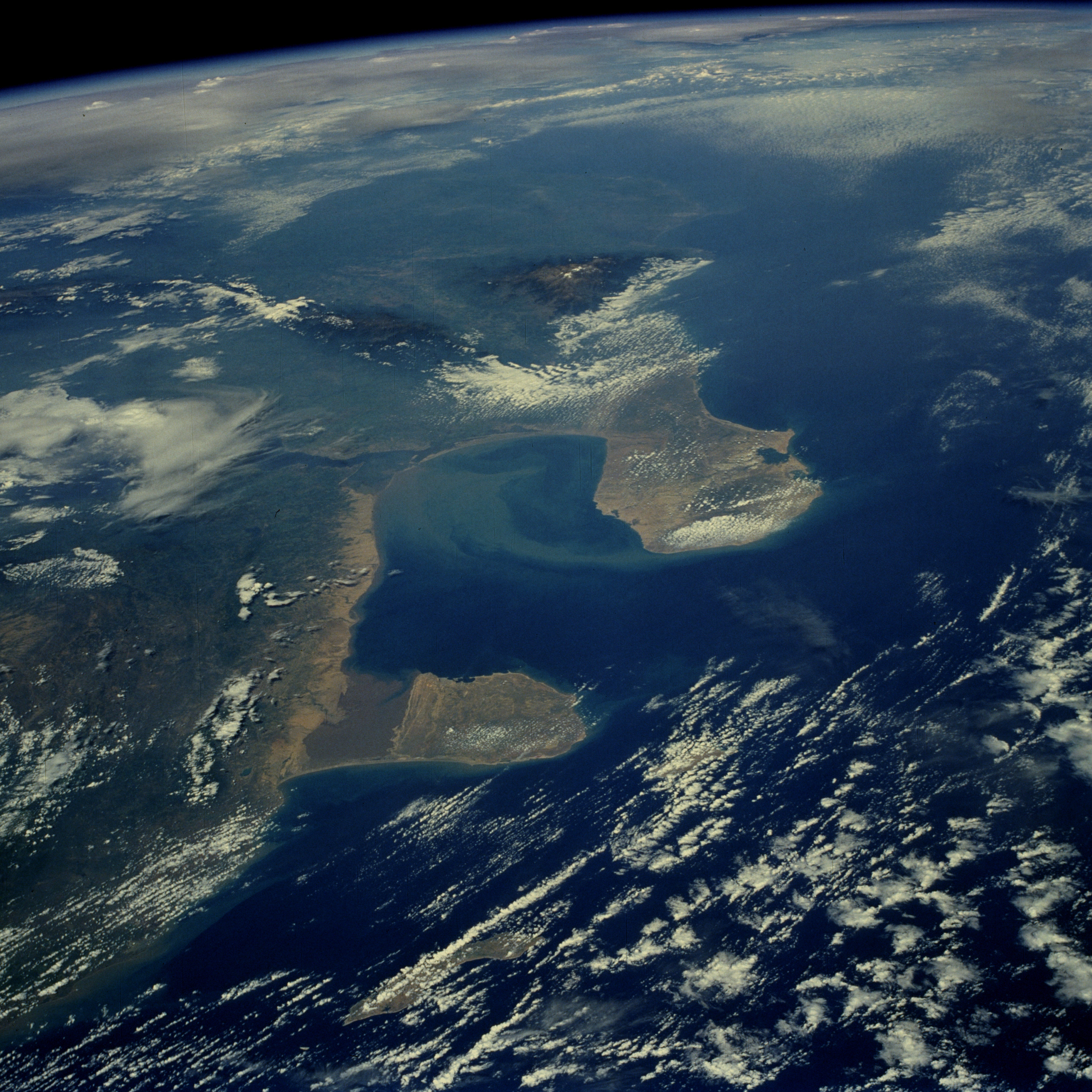 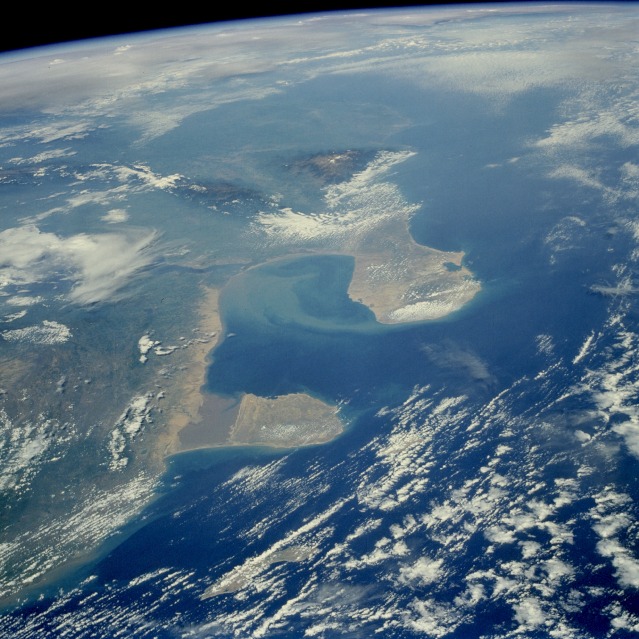 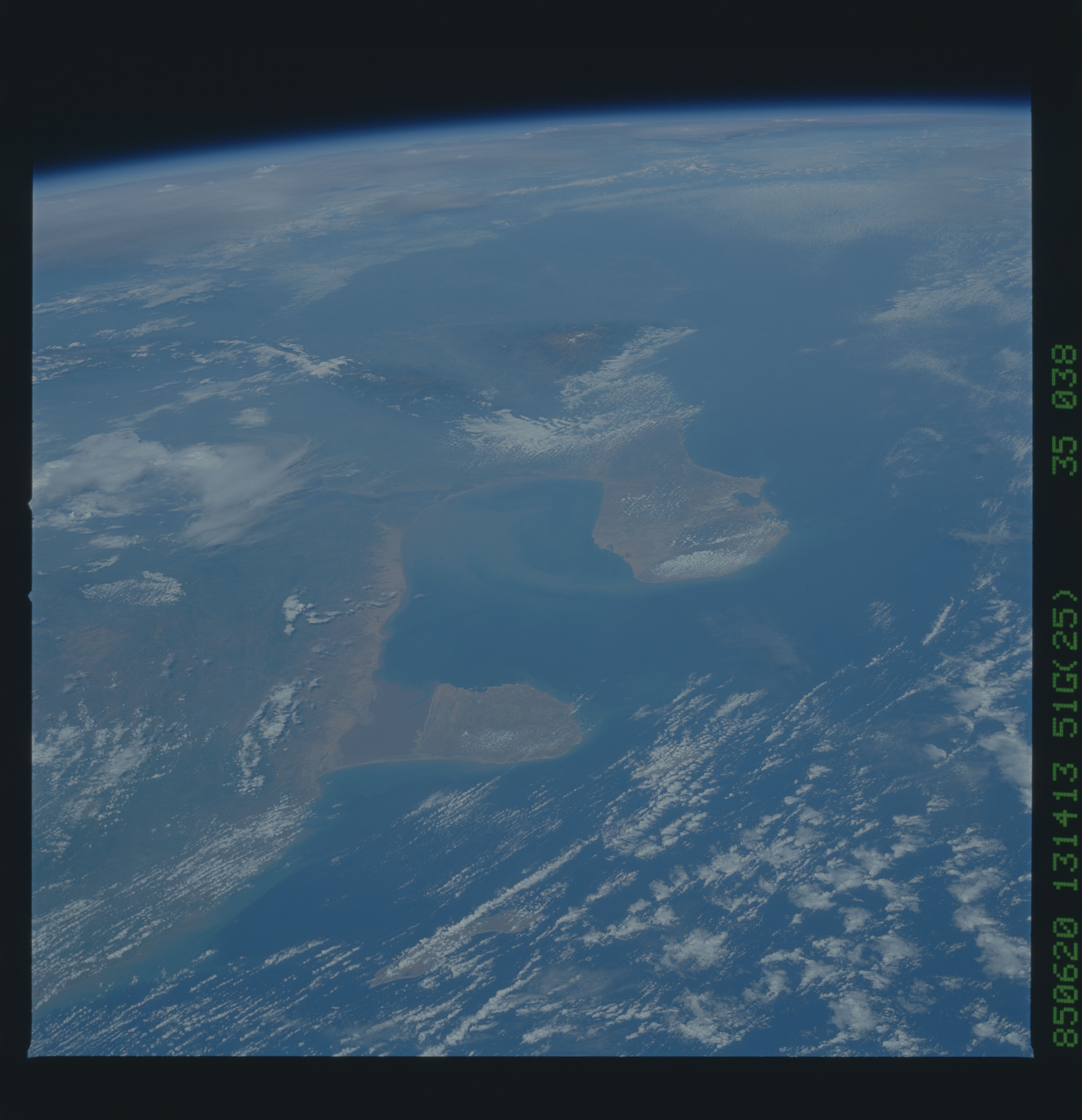 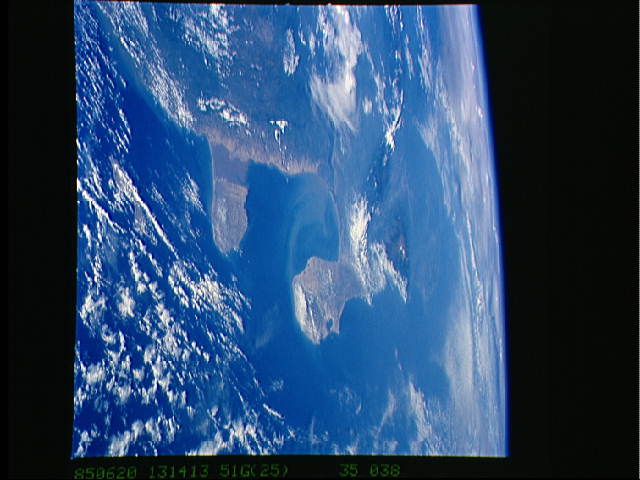 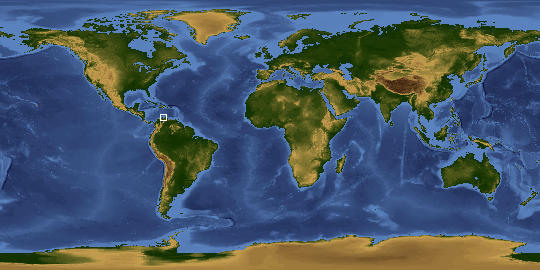 Other options available:
Download Packaged File
Download a Google Earth KML for this Image
View photo footprint information
Image Caption: STS51G-035-0038 Gulf of Venezuela Region, Venezuela June 1985
This west-southwest-looking, high-oblique photograph shows the Gulf of Venezuela, an inlet of the Caribbean Sea (center of photograph). Sometimes referred to as the Gulf of Maracaibo, the gulf extends southward through a shallow, narrow passage past the city of Maracaibo on the western shore into Lake Maracaibo (not visible because of cloud cover), a shallow depression situated between two mountain ranges. Northwest of the Gulf of Venezuela is Colombia's Guajira Peninsula, a hilly upland composed of crystalline rocks, 80 miles (129 kilometers) long and 30 to 60 miles (48 to 97 kilometers) wide. West of the peninsula are the massive Sierra Nevada de Santa Marta, an uplifted block of crystalline rock with a permanent snow cap above 16 000 feet (4880 meters). Isolated from the Andes Mountains to the south, the Santa Marta Range is sometimes compared to Mount Cameroon in western Africa because of their similar latitude, climate, and vegetation. East of the Gulf of Venezuela lies the hilly upland of the Paraguana Peninsula, south of which is the sediment-filled Gulf of Coro and the Segovia Highlands, deeply dissected plateaus surmounted by a few isolated ranges of low mountains and hills. With the discovery of oil in 1917, the Gulf of Venezuela became a major oil source. Most of the oil fields are located in and around Lake Maracaibo, but oil is also pumped from wells on the Paraguana Peninsula, home of a major refinery and port near the western city of Fijo.