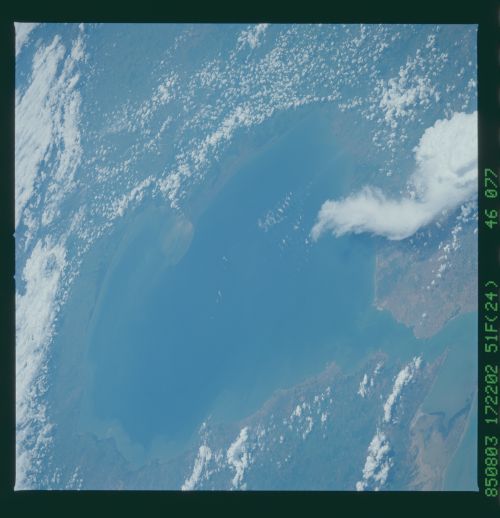 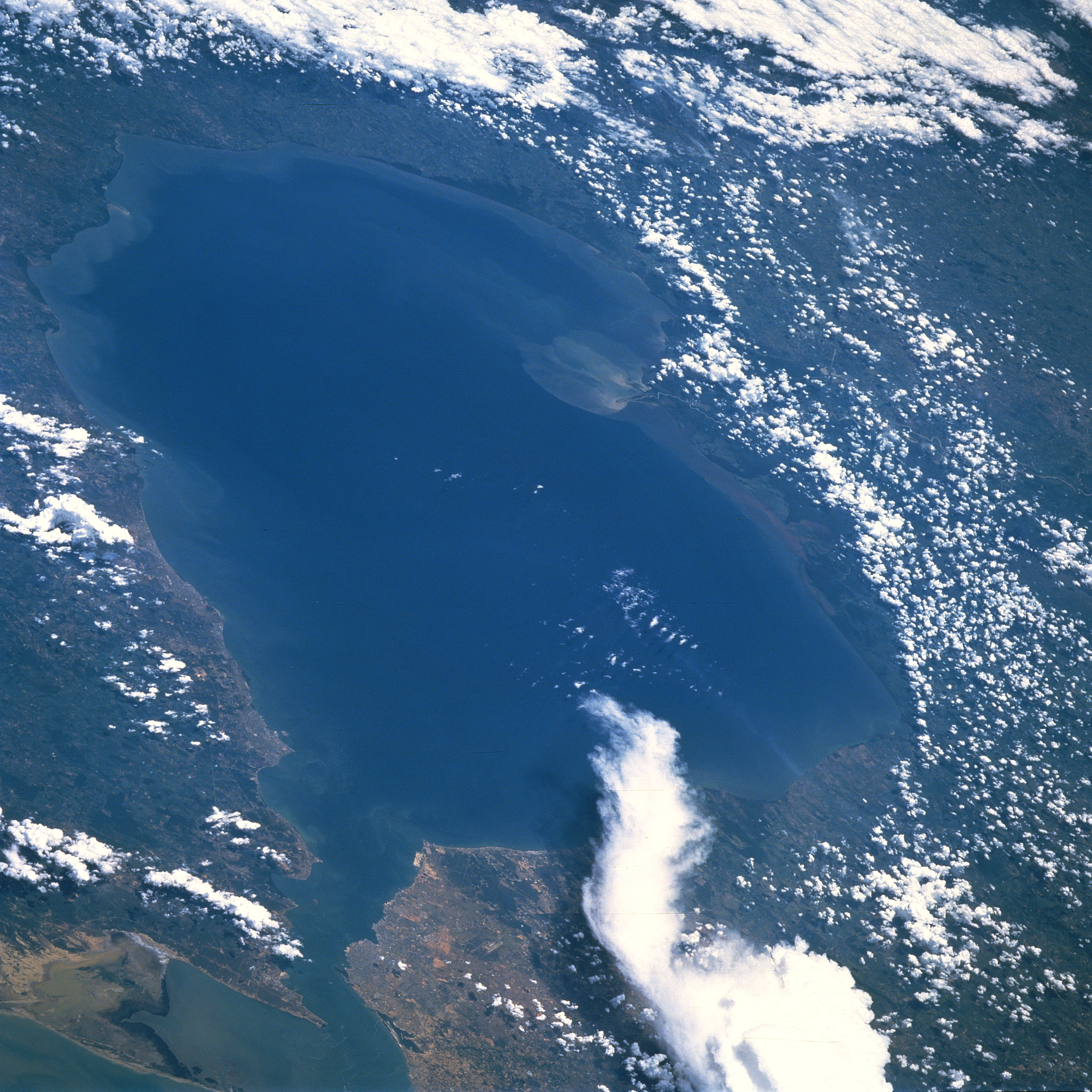 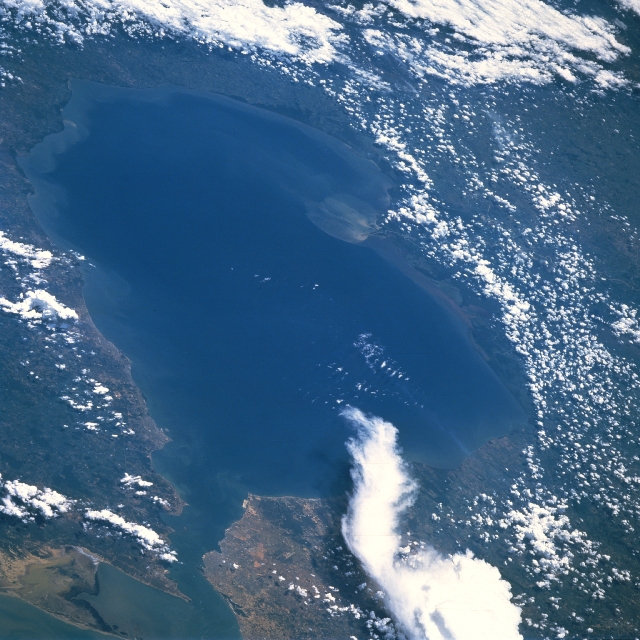 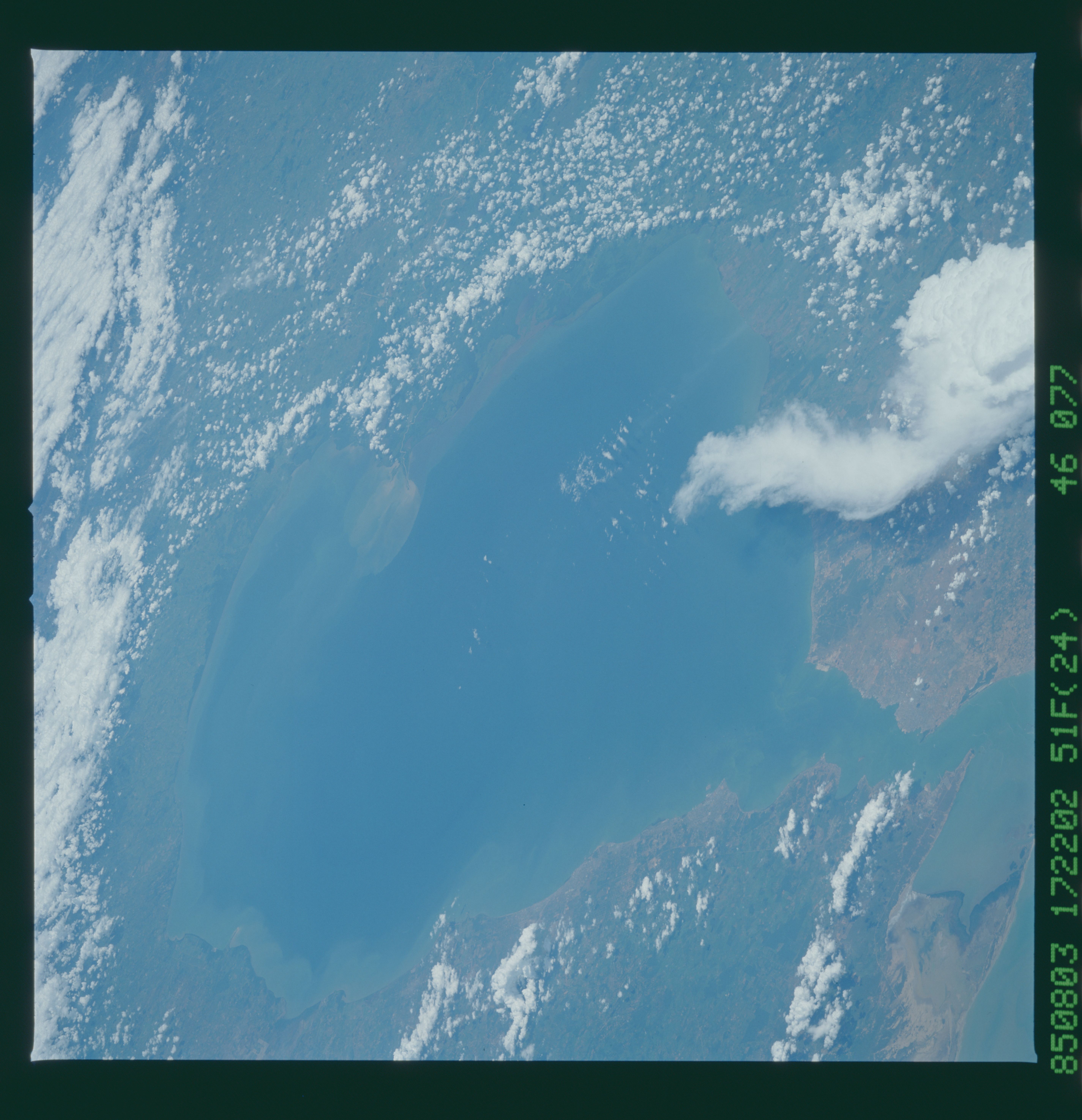 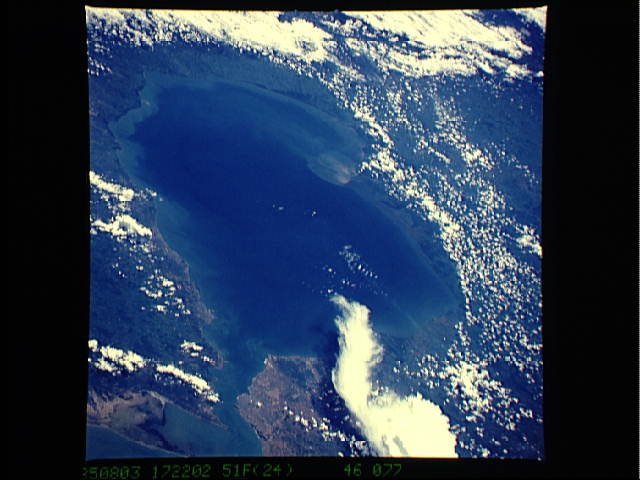 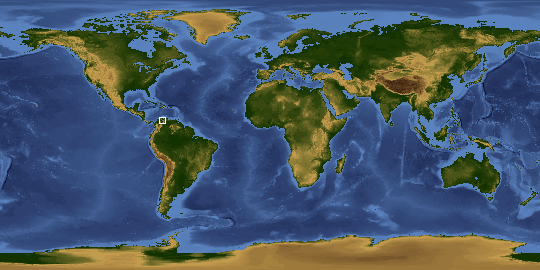 Other options available:
Download Packaged File
Download a Google Earth KML for this Image
View photo footprint information
Image Caption: STS51F-46-0077 Lake Maracaibo, Venezuela August 1985
Lake Maracaibo, a semi-enclosed estuary and largest lake in South America, can be seen in this south-southwest-looking view. Lake Maracaibo covers an area of 5100 sq. miles (13,210 sq. km), and extends inland 110 miles (180 km). Tablazo Strait (midway between bottom center and bottom left) connects the lake with the Gulf of Venezuela and Caribbean Sea. The city of Maracaibo is located on the west bank of the 34-mi (55-km)-long strait. The Maracaibo Basin is extremely hot, humid, low, and almost surrounded by mountains (cloud-covered). The northern lake basin is semiarid, but in the south the average annual rainfall is 50 inches (127 cm). Petroleum is the principal industry within the basin. Lake Maracaibo is one of the major oil-producing areas of the world. Just above center of the image a plume of sediment spreads from the delta of the Catatumbo River, the chief supplier of fresh water to the lake. Dredging of the navigation channel through Tablazo Strait has resulted in increased salinity of the lake; eutrophication due to the discharge of sewage and industrial waste has degraded the water quality of the lake, as has pollution from oil exploration and production activities.