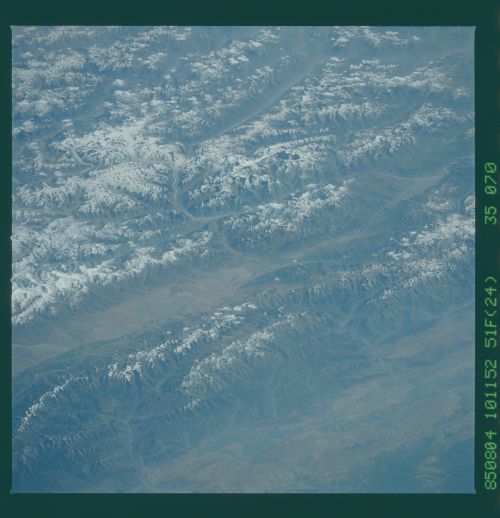 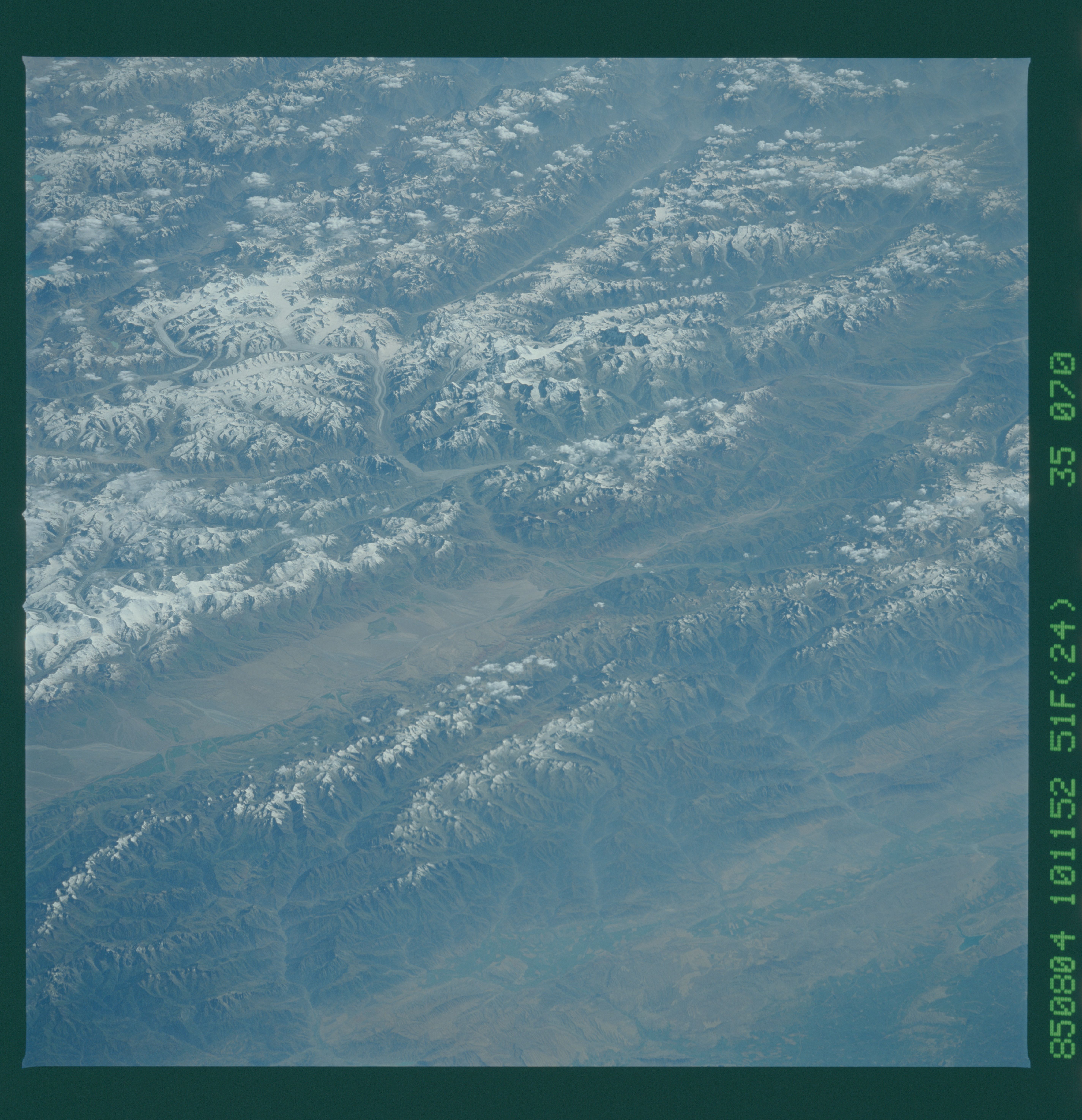 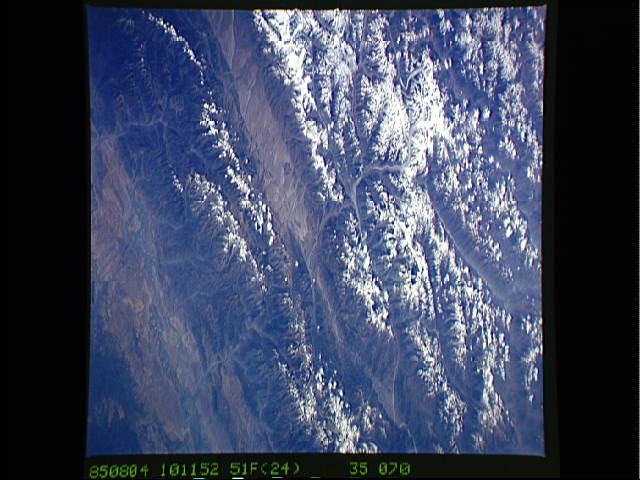 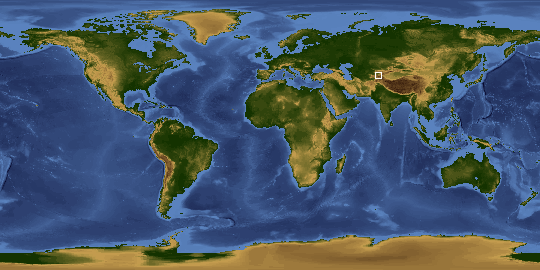 View looking south shows the Zaalayskiy Mountains of the northern
Pamirs of south central Kazakhstan. Great alluvial fans can be
seen (left center) in the Syr' Dar'ya River Valley. Visible in
the view is Lake Karakul (1). Lenin Peak (2) at over 7100 meters
can also be seen. The highest point in Kazakhstan, Communism
Peak (3), at 7495 meters, with its glaciers traversing down its
slopes into narrow U-shaped valleys, are also visible. The
Pamirs, known to local inhabitants as the"Roof of the World", was
formerly a low plain. Uplifted, the Pamirs took on their present
shape because of glaciation and river erosion. During the recent
glaciation, only the highest peaks, like Lenin and Communism
Peaks, protruded above the then ice-covered landscape.
(STS51F-35-070, 076)