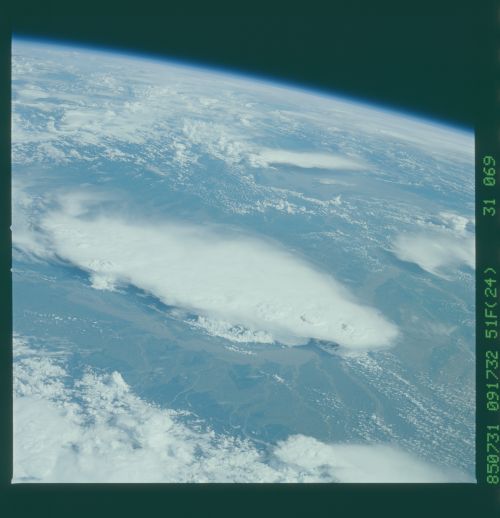 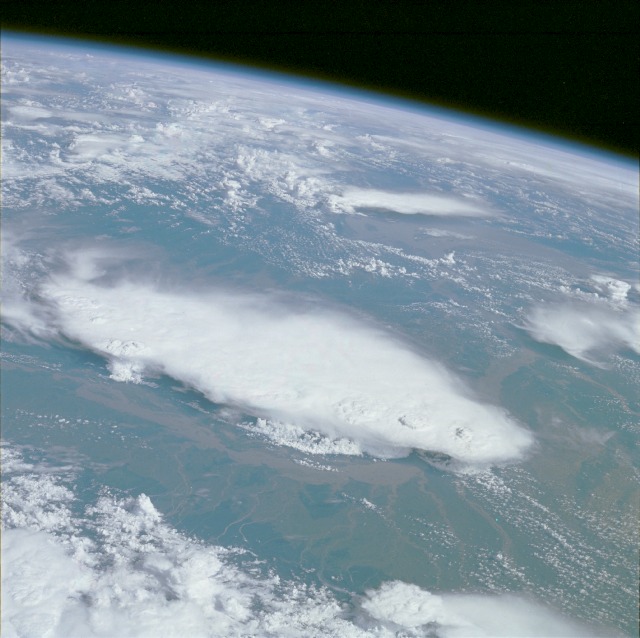 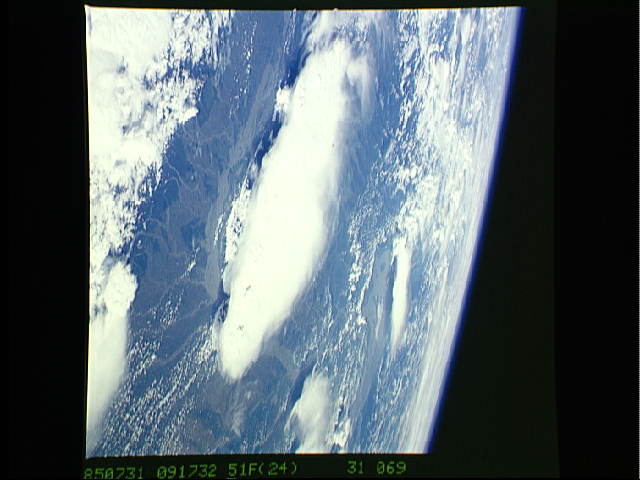 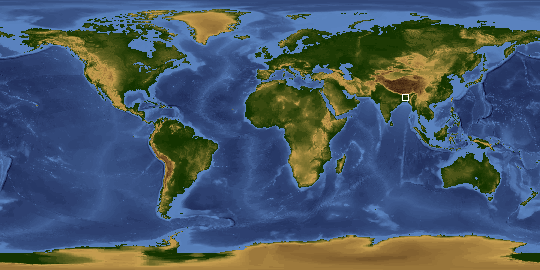 Other options available:
Download Packaged File
Download a Google Earth KML for this Image
View photo footprint information
Image Caption: STS51F-31-69 Monsoonal Thunderstorms, Bangladesh and India July 1985
This magnificent, high-oblique photograph was taken from above the eastern Himalaya Mountains looking southeast across the floodplain of the Brahmaputra River and the cloud-covered Khasi Hills into the Bay of Bengal. A well-developed cluster of mature monsoonal thunderstorms over the Khasi Hills (center of photograph) can be seen. A variety of meteorological phenomena are visible, such as overshooting thunderstorm tops, towers, squall lines, and areas of probable high-speed downdrafts or microbursts. Just to the north of the cloud-covered Khasi Hills, the Brahmaputra River can be seen in flood stage. During some years of exceedingly heavy monsoonal rainfall, the width of the river in flood can expand to over 50 miles (80 kilometers) in certain locations. Within the Khasi Hills region are locations where annual rainfall totals are among the highest in the world, exceeding 500 inches (1300 centimeters) per year. In appreciating the great amount of rainfall per year, it is further useful to realize that almost all of the rainfall occurs between late May and mid-September.