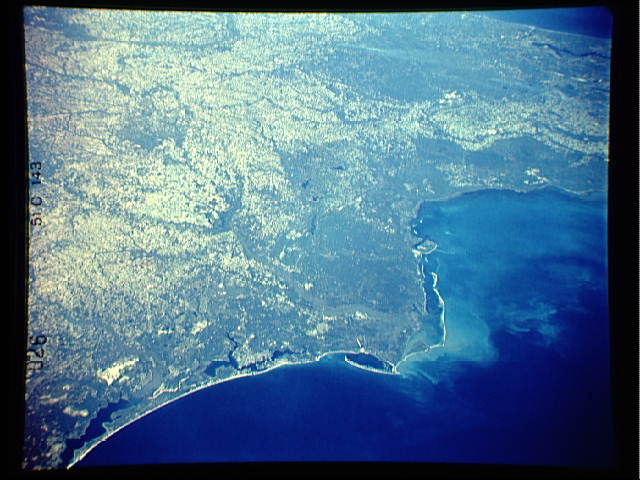 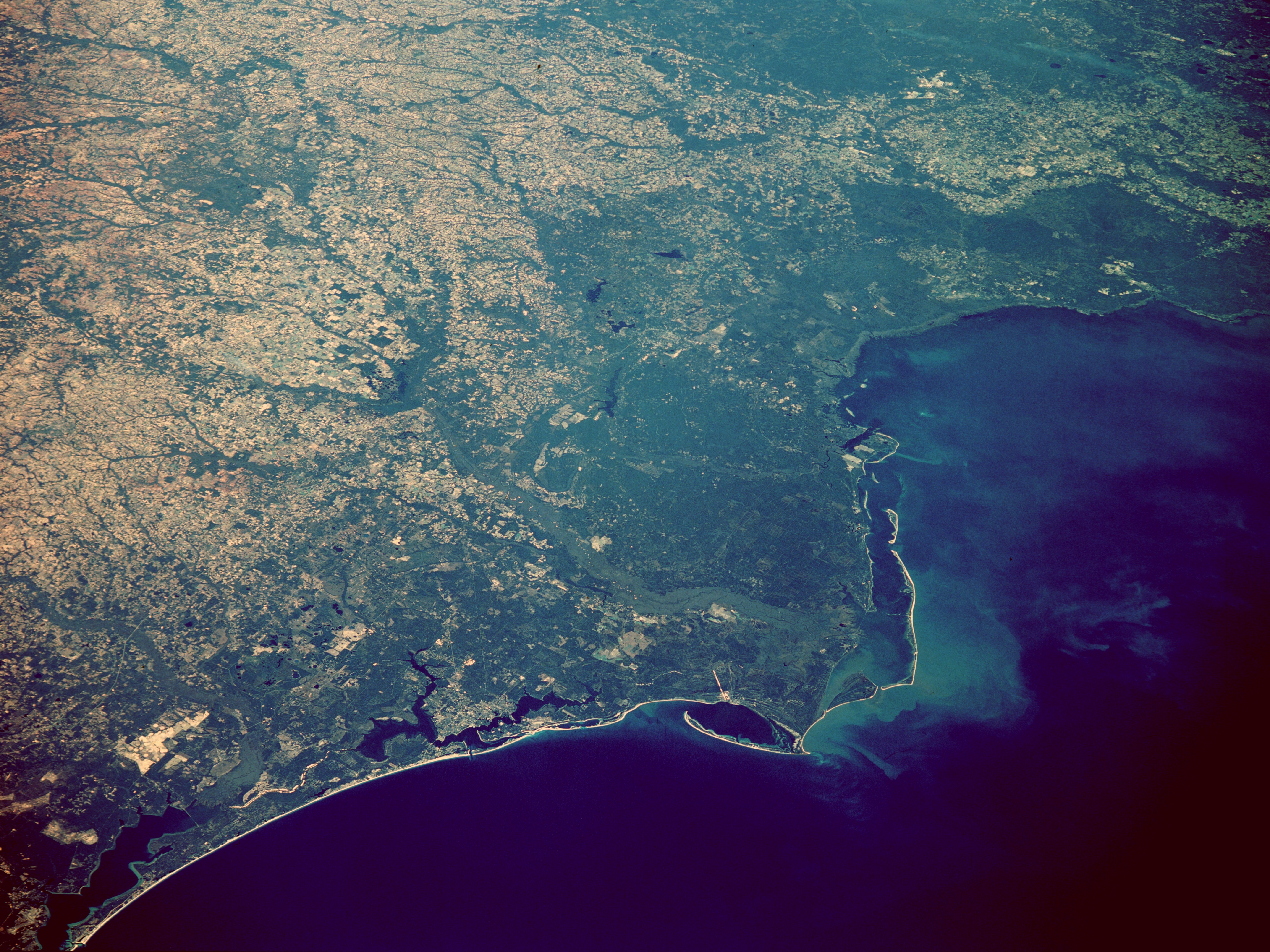 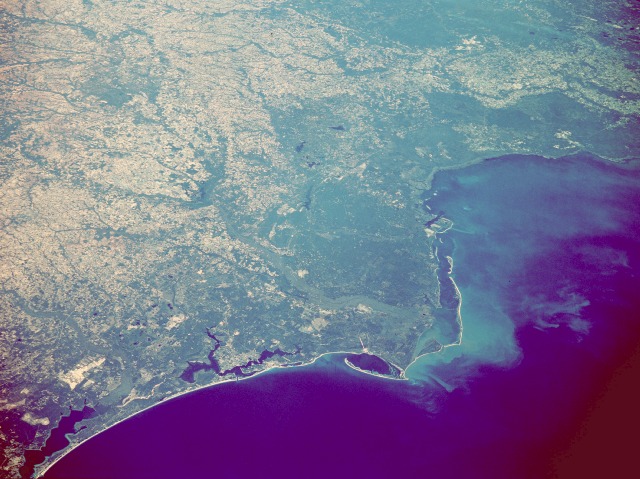 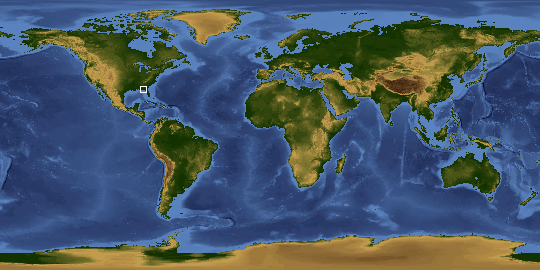 Other options available:
Download Packaged File
Download a Google Earth KML for this Image
View photo footprint information
Image Caption: STS51C-143-0026 Apalachicola Basin, West Florida January 1985
The most obvious landform in this low-oblique, northeast-looking photograph is the Apalachicola River drainage basin that has formed a peninsular protrusion into the Gulf of Mexico. From its major sediment plume, the Apalachicola River and its gray floodplain can be traced north to Lake Seminole. This area--from the eastern end of Choctawhatchee Bay (western edge of photograph) to the St. Johns River and Jacksonville, Florida (eastern edge of photograph)--comprises the coastal plains of the southeastern United States. Among the features in the area are several barrier islands, including elongated St. George Island (visible immediately south of the mouth of the Apalachicola River) and Dog Island (farther to the east); the Apalachicola National Forest (heavily forested area east of the river); other forested areas indicated by darker green; and pasturelands and cultivated fields (lighter tans and yellows). Although no details are discernible for Tallahassee, the state capital, its approximate site can be determined by the location of the four dark lakes in the center of the photograph. The smoke plumes near the eastern edge of the photograph provide a clue to the clarity of this photograph--strong northerly surface winds reduce the humid air mass that sometimes affects this area.